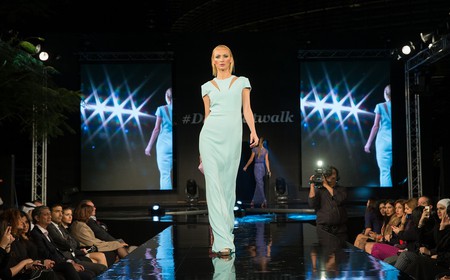 Basque cities such as Bilbao and San Sebastián may not be as associated with fashion to quite the same extent as places such as Paris or Milan are. However, they do have their own sense of style and have produced some of the most famous fashion designers in Spain, if not the world. Read on to discover the top fashion designers from the Basque Country.

Many will the name Paco Rabanne, and some will associate it with a global fashion icon, but a lot of people may not know that he is from the Basque Country. His family moved to France during the Spanish Civil War and Rabanne was born in the city of San Sebastián in 1934. He studied at the Ecole des Beaux Arts in Paris and launched his fashion career a year after graduating in 1965. He is known for making dresses out of materials such as plastic, metal, paper and leather, and his designs have been worn by everyone from Elizabeth Taylor and Audrey Hepburn to Jennifer Lopez. Today, his fashion house is still going strong and is known for its perfumes as well as its garments.

Born in the town of Éibar, Guipúzcoa, in 1976, Roberto Etxeberría studied fashion in Barcelona and worked as an assistant to the designer Sergei Povaguin from 2005 until 2008. When he left, he decided to create his own label, EXTEBERRIA, specialising in men’s fashion. Over the years Etxeberría has won many awards for his designs including the L’Oreal Award, the International Woolmark Prize and Spain’s National Fashion Award. His collections have been exhibited at fashion weeks in Madrid, New York and Vienna, and his work has been featured in the film The Hunger Games. Today he designs both menswear and womenswear, as well as unisex clothing.

Born in 1968 in the Basque town of Algorta, twin brothers Iñaki and Aitor Muñoz founded their fashion brand, Ailanto, in 1992. They are known for their feminine designs, use of strong colours and bold prints, which are reminiscent of contemporary artistic movements. The brothers’ spring/summer 2016 collection, for example, was inspired by the works of the British artist David Hockney.

Born in Bilbao in 1968, Miriam Ocariz has a degree in Fine Arts and Fashion Design, and presented her first solo collection in 1996. Interested in everything to do with textiles and sewing, Ocariz is known for producing fabrics and silk-screen prints. In 2002 she received the L’Oreal Paris award for Best Young Designer. Today, her designs can be found not only all over Spain, but all over the world.

Born in Bilbao in 1976, Ion Fiz studied Fashion Design at the Escuela de Moda Vasc and launched his own fashion house in 2002 at the age of just 24. His family had been in the business of dressmaking and tailoring for years, and he learnt to sew from a young age. Since then, Fiz has become known for his sophisticated style, and he has won numerous awards, such as the L’Oreal Paris Award, the Prix de la Mode Marie Claire and the Fad Prize for Best Designer. He designs for both men and women and his clothing lines are sold in Spain, Italy, Russia, Norway, Australia, the UAE and Japan.

Hailing from the city of San Sebastián, Fernando Lemoniez opened his first fashion store, Descoco, in the 1980s, featuring some of his own designs. Lemoniez designed his first collections 1991–1997, and they were showcased in fashion weeks across Europe. In 1997, he launched his own brand, LEMONIEZ, featuring womenswear, jewellery, shoes and handbags. Lemoniez has also created a line for children under the name Señorita LEMONIEZ, and has won a number of awards for his work.

Although Cristóbal Balenciaga died in 1972, he is still considered a Spanish fashion icon, and left his mark on the world of la moda as we know it today. Born in Guetaria, Guipúzcoa, in 1895, he opened his first fashion store in San Sebastián at the age of 22. Over the years, his work has been praised by the great and good. Hubert de Givenchy described him as ‘the architect of haute couture’, while Christian Dior said, ‘He is the master of us all.’ Coco Chanel also praised the designer, saying he is the ‘only authentic couturier’. You can visit the Cristóbal Balenciaga Museoa (museum) in his home town of Getaria, 25 kilometres (15 miles) from San Sebastián. 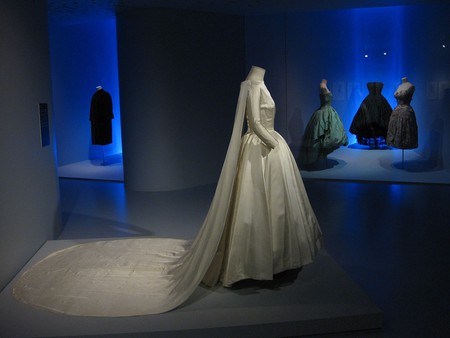