These 6 Artists From Girona Should Be on Your Radar 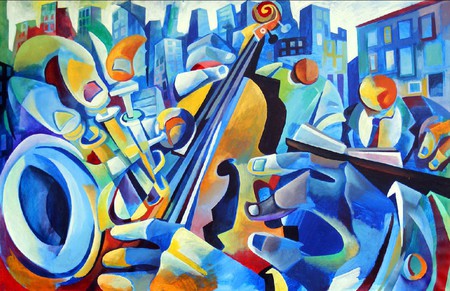 With its fascinating history and stunning coastal landscapes, the Catalan city and province of Girona has produced and inspired many famous artists over the years. Here are six modern artists from the area, whose stunning work should be on your radar.

Joan Mateu was born in the small town of Salt in Girona in 1976, to a family of artists. As a child, he was always surrounded by books and paintings of watercolours. In 1999, Mateu went to study art at the La Llotja school in Barcelona, where he found a love of acrylic instead of watercolours. Since then, he has developed a unique style, producing incredibly life-like acrylic paintings of people in both urban and natural settings. Many of his paintings feature the coastal areas of the Costa Brava, near Girona. Mateu had his first solo exhibition in 2002 and since then has exhibited across Europe and the United States. You can see his work displayed in the Galeria Riera in Girona town.

Anna Agustí Hontangas was born in the small village of Pals, in the Girona l’Empordà region. In 1992, she studied fine art at the University of Barcelona. Agustí’s artistic influences, however, come not from the villages and beaches around her home, but from far off countries in Asia and Africa. Agustí travels widely, and her paintings are both exotic and evocative. Her work has been exhibited all over the world, but visitors can see many of her pieces at the AMAH Gallery in her local Pals, as well as the Dual Galeria in Girona.

Xevi Vilaró is a contemporary Catalan artist who was born in the small village of Cellera de Ter in the province of Girona. He started to paint when he was 18 years old, and has developed a bold, bright and simplistic style. With plain-coloured backgrounds, his paintings are surrealist and have a slight Bansky-esque quality to them. Vilaró’s work can be seen displayed at the Vila Casas Foundation in Barcelona, as well as at various art fairs around the world. 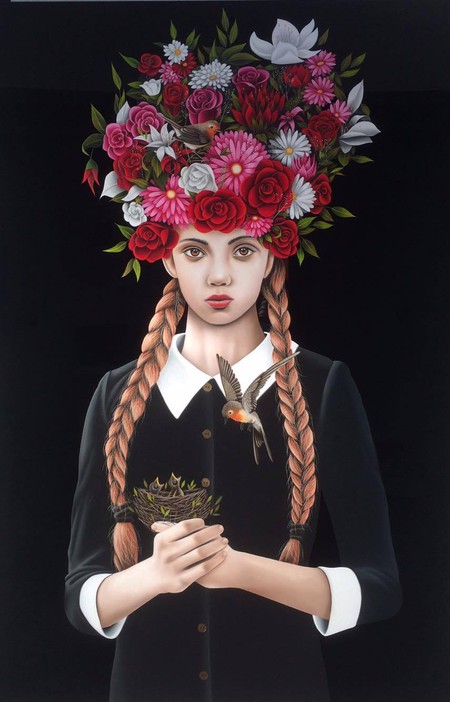 Sergi Cadenas was born in Girona in 1972 to a family of iron workers. He is self-taught and has grown to produce an intense and emotive style with his oil paintings. Painted on huge canvases, his work features human faces, which are both highly realistic yet very surrealist. Clever optical illusions, the faces he paints change from young to old, woman to man or human or to animal, depending on your viewpoint. His work can be seen at the Riera Galeria in Girona and the Galería Iturria in Cadaqués and Madrid.

Pau Morales was born in Girona in 1977 and was interested in drawing and painting from a very young age. He studied at the La Mercè school in Girona and later did a fine arts degree in Barcelona. His paintings are bright and colourful and explore the theme of jazz music. Morales has visited jazz festivals across the world in Girona, Figueres, Barcelona, León, Ireland and Montreal for inspiration. As well as painting, he also produces digital art, graffiti, animation and sculpture. His work can be seen in the Dual Gallery in Girona.

Photographer David Ruano was born in Girona in 1976 and predominantly takes photos of and for theatrical productions. He works for the Teatre Nacional de Catalunya, as well as various theatres in Madrid. His powerful images play with reality and produce illusions, most of them being created this way, rather than being retouched digitally with Photoshop or other programs. Ruano has also taken many images of the Mundiales de Natacion de Barcelona – the World Swimming Championships in Barcelona.