There Are Secret Tunnels Under Granada's Alhambra That Tourists Can't Visit 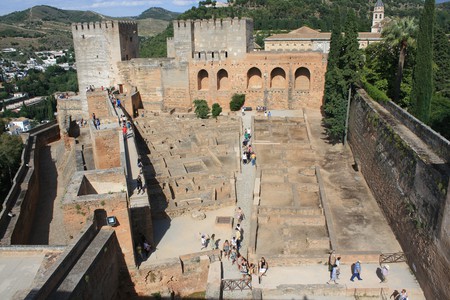 With Alhambra authorities considering turning the rugged hillside beneath the fortress into a tourist promenade, the subject of this building’s mysterious underground tunnels is once again causing intrigue. Could it really be that, underneath Granada‘s Moorish fort-complex, there once bustled a mini-city of subterranean caverns and passageways? Find out more here.

Standing on the beautiful square of Paseo de Los Tristes in Granada with your back to the old Arabic neighbourhood of Albaicin, you look up to the forbidding walls of the Alhambra, Spain’s most iconic Moorish monument. Beneath you and separating you from this great 10th century fortress is the Darro river, which gurgles through central Granada amidst lush banks and under centuries-old bridges; and if you look closer, set into the steep hillside opposite, beneath a gracefully crumbling old townhouse, are little iron gates almost entirely obscured with grass and ivy. These are the entrances to just a few of what is believed to be an extensive network of underground tunnels linking the Alhambra to Albaicin and the rest of the city. 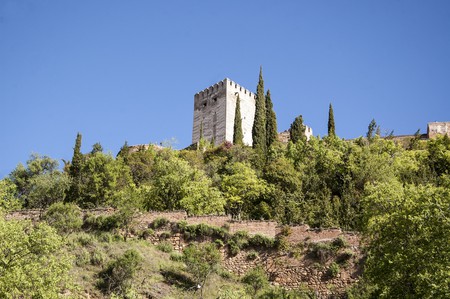 The hillside beneath Granada is home to a network of secret tunnels; Juan Luis, flickr

This secret world beneath one of Spain’s most famous attractions has been in the Spanish news recently, as the Alhambra authorities are planning to construct a promenade on the dilapidated bank of the Darro that faces Paseo de los Tristes. Yet even if this project goes ahead, experts say that the underground caverns and tunnels are unlikely to be opened to the public, partly because of security risks and partly because of the damage mass tourism would cause them. They seem set to remain shrouded in mystery and legend and to keep their dark secrets forever, then. 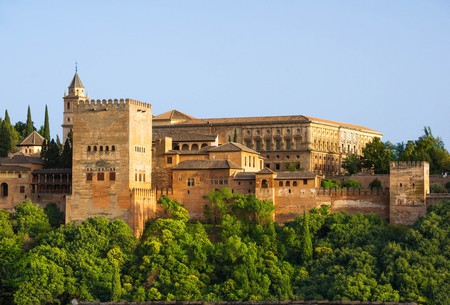 Historians have theorised that the subterranean networks of the Alhambra served several purposes. Recent research has uncovered no fewer than 21 underground dungeons, linked to the outside world only by small openings in their ceilings. These were accessed, say experts, by a labyrinthine web of narrow little tunnels, which also allowed the Alhambra’s residents to come and go unseen – especially important during sieges. Some were used to store foods such as wheat and grain whilst according to a rather more colourful theory, other underground paths were used to transport exotic wild animals to their holding pens, where they would entertain Granada’s Moorish royalty. 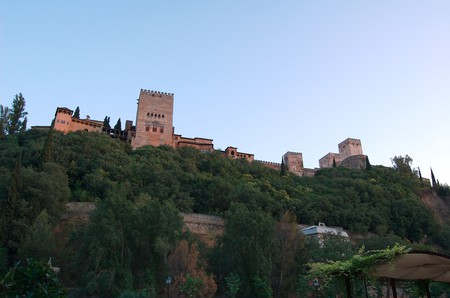 View of the Alhambra from the Paseo de Los Tristes, where mysterious underground tunnels can also be glimpsed; Macnolete, flickr

Many of Granada’s local tour guides and Alhambra experts say it is fairly common knowledge amongst locals that some tunnels even extend up to the other side of the hill, connecting the fortress with the most grand houses in Albaicin. A thousand years ago, it seems, the earth underneath the Alhambra was teeming with life as the complex itself. Nowadays the vast majority of this underground network is, unfortunately, closed to the public, but you can get a taste of its spookiness and mystery with the excellent tours at Granada Secreta (Secret Granada). Otherwise, just let your imagination run wild as you visit the Alhambra itself, wander around Albaicin, or gaze into those little grass-covered grilles opposite the Paseo de los Tristes.