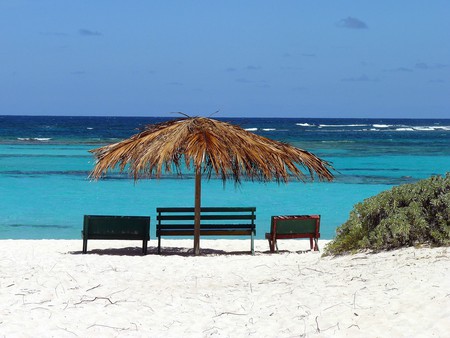 The world’s most beautiful beaches have just been revealed and in among the tropical paradises, one beach might just surprise you. Suitcase Magazine named its top 10 beaches in the world and, as you might expect, the list is peppered with picture-perfect, white sandy beaches in tropical climes. But one beach a little closer to home snuck onto the list, showing that Britain should be proud of its beautiful beaches.

This luxury desert island is home to the Amanpulo hotel; guests arrive by private plane and stay in villas dotted around the coast – all with their own private beaches. The island is set on a seven kilometre square coral reef and is tiny – just two-and-a-half kilometres long and half a kilometre wide. The ideal place to laze on the white sandy beaches in your own little slice of paradise. 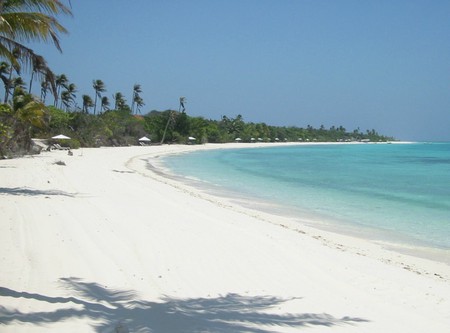 Bocas del Toro was chosen for its relative seclusion and in-the-know beaches that are still pretty under the radar. Located on the Caribbean side of Panama, this group of islands could have jumped straight off the silver screen: white beaches, palm trees, and hammocks are a staple.

Another remote spot, Tikehau Island is reached by a 55-minute flight from Tahiti – but the journey is well worth it, especially for scuba diving fans. The waters around the island are teeming with sea life, making it one of the best places in the world for snorkelling and diving.

This beach is located in the environmentally protected area of Fernando de Noronha, a chain of volcanic island off north-east Brazil. It is no stranger to “world’s best beaches” lists, often topping them for its crystal-clear waters, excellent diving and secluded setting. It can be reached by boat or by a narrow staircase snaking down the cliffside. 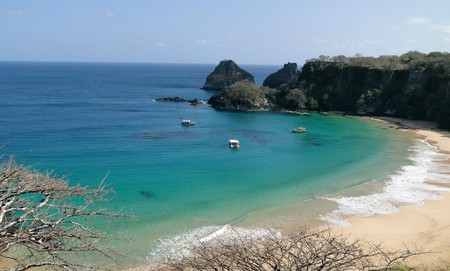 Avoid Thailand’s more backpacker-heavy islands and instead head to Koh Kradan, a national park-meets-resort allowing visitors to explore the picturesque setting while enjoying a luxurious break at the same time. Relax on its two kilometre-long beach while taking in the stunning views of limestone mounds emerging from the sea, or head to the nearby coral reef for some quality diving and snorkelling. 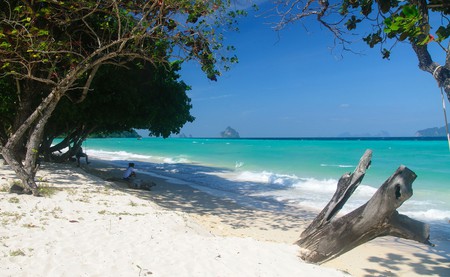 Don’t expect a desert island at this popular beach, a favourite of Indians on holiday, located on the west coast of Havelock Island in the Andaman Islands. While it might be popular, it’s for good reason: the pristine beach is fringed by rainforest and the sunsets are sublime.

One of the most striking beaches on the list, Honokalani Beach, on the eastern coast of Maui, is covered in inky black sand. It’s a great place to visit, whether you just want to relax or fancy exploring its host of geographical features from its dense forests to its volcanic cliffs.

Far removed from the seclusion of many of the beaches on the list is South Beach, Miami’s pumping good-time spot, where locals go to see and be seen. If you’re looking to party, this is your spot. The backdrop of beautiful Art Deco buildings will make you feel you’ve stepped right off the pages of a fashion magazine. 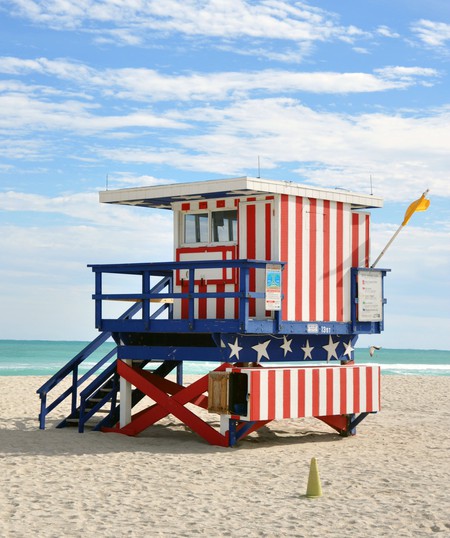 Often ranked as one of the world’s best beaches, Loblolly has miles and miles of powder soft white sand, dotted with wooden umbrellas and hammocks. The size of the beach means it seldom feels crowded. Take in the views from its panoramic lookout point, or just indulge in the pure relaxation the beach inspires.

While the UK might not be renowned for its amazing beaches, perhaps it should be. Suitcase Magazine named Rhossili Bay in Wales the best beach in Europe in 2017, and it has now made the list of the best beaches worldwide. Suitcase describes it as “a three-mile long stretch of wide beach with fantastic views from atop Rhossili Down and an exposed shipwreck visible only at low tide.” 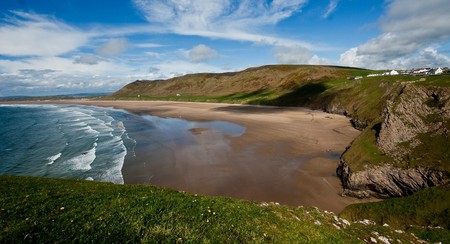