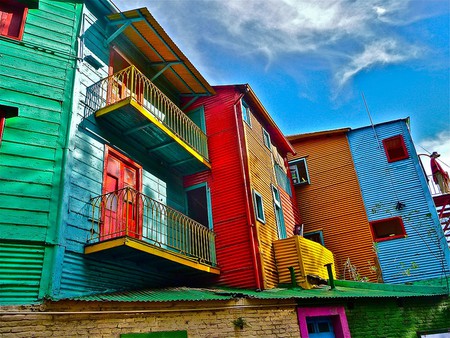 A few metropolitan areas mix their bohemian spirits with a trendy, urban culture and make up the world’s coolest, most modern places. Of all the cities that span the seven continents, some blend the old with the new more seductively; these are the cities which adapt their age-old traditions to contemporary culture and appeal to the modern generation. At the forefront of conscious gastronomy, multicultural districts, and cutting-edge arts and culture, these are the world’s trendiest cities. 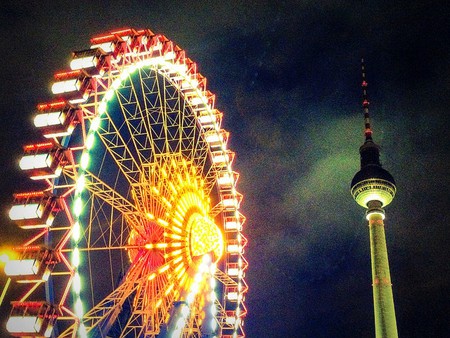 An influx of creative, trendsetting young people from all over the world makes Berlin a trendy city, brimming with art and creativity. It has a unique vibe: cutting-edge art, a growing start-up scene, and it’s a fashion and dance trailblazer. The new air of contemporary Berlin mixes perfectly with the historic neighborhoods and landmarks that tell of a turbulent history. The housing is affordable, the nightlife scene is extensive (and full of international stars), and the gastronomy varied, from Vietnamese places to American-style brunches.

From the hipsters’ East Side neighborhood to the funky hippies’ South Side, Austin is one of the coolest cities in United States. The self-proclaimed ‘live music capital of the world,’ the capital of Texas proves it with its live music scene, daily improv shows, and the week-long SXSW festival, which combines music and technology. Austin is also a tech town, with lots of established companies working side by side with tech start-ups. Food-wise, Austin leads the trend for food trucks and serving local flavors like barbecue, Tex-Mex, and even original dishes like breakfast tacos. Actually, anything tacos!

A large metropolis with more than 4.2 million citizens, Melbourne manages to bring the small-town feel, with locally owned vintage clothing shops and concept stores serving hot chocolate and socially conscious booze. The citizens of Australia’s second city are famous for being laidback and cool. They spend their free time on the re-purposed laneways, a bunch of narrow passages turned into spaces for cafés and art galleries. Ranging from 19th century classical styles, with glass arcades as roofs, to futuristic, newly built laneways, these spaces just make Melbourne even trendier, if that’s possible.

Strolling on the cobbled streets of San Telmo district, you might think you’re in one of Europe’s old towns. Named the ‘Paris of America,’ Buenos Aires knows how to mix old and new in a perfect, trendsetting city vibe. The trendy boutiques by emerging artists and cool cafés with designer furniture line the streets of Palermo Soho district. Pop-up fashion showrooms and closed-doors restaurants in private homes add to the city’s trendy direction. Even the famously meat-filled gastronomic scene of Argentina’s capital is changing, with the up-and-coming vegetarian restaurant buzz. The city’s hipsters now enjoy tango with a modern twist, a fusion of traditional tango with contemporary influences like rock and jazz.

One of the trendiest cities of the world, the tourist numbers in Barcelona multiply every year. The exotic mix of urban culture, seaside lounging, clean eating, and the eco-friendly biking craze make the city a true trendsetter among the hipsters of the world. The traditionally trendy district Gracia, the artistic soul of Barcelona, has been caught by Born, which stands up against the floods of tourists to preserve its bohemian spirit. Gastronomic jewels pop up like mushrooms in the Poble Sec district, with chefs using quality ingredients for a conscious cuisine. From organic food markets to avant-garde festivals like Sónar, Barcelona radiates ‘trendy’ from its pores. 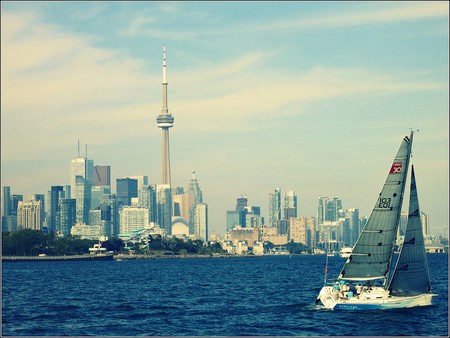 With almost half of its residents born outside Canada, Toronto is a truly multicultural city, blending beautifully the various customs, cuisines, and music of its inhabitants in what is probably the country’s trendiest city. Indian, Greek, Chinese… the residents enjoy this diverse metropolis, from the post-industrial Distillery District to the eclectic shops of Kensington Market. The Torontonians are famous for loving their Sunday brunch, indie coffee shops, and street music on pedestrian Sundays. The Distillery is one of the hippest neighborhoods, praised for its renovations that have brought back the local flavor, with cafés, beer gardens, and art galleries. The Graffiti Alley is another modern touch of Canada’s largest city. 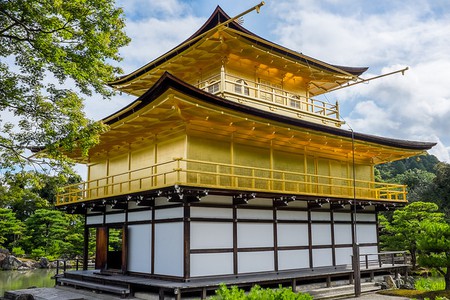 The City of Ten Thousand Shrines perfectly blends its millennia-old traditions and customs with modern, quirky design and sophisticated cuisine. Kyoto’s Gion district displays plenty of wooden machiya townhouses restored as contemporary shops, restaurants, and creative studios. Trendy new elements like aluminum and neon stand next to the traditional bamboo and paper lanterns in a perfect fusion of past and present. The young textile designers in the ‘weaving district,’ as the Nishijin area is called, turn traditional materials into fashionable interior design items to contribute to Kyoto’s contemporary flavor.

The capital of Chile is definitely South America’s emerging gastronomic destination, named ‘Next Great Food City’ by the American magazine Saveur. From rustic cafés and bakeries, to international cuisine and molecular gastronomy restaurants, Santiago has it all. Many chefs take pride in using traditional ingredients and fusing them with more modern fare in their inventive dishes. The creative side of Santiago is best seen in the Bellavista neighborhood, a place of great bohemian fame, where street art and artistic shows are abundant. Nightlife options range from upscale clubs to bars owned by Easter Island natives, with occasional live dance performances. 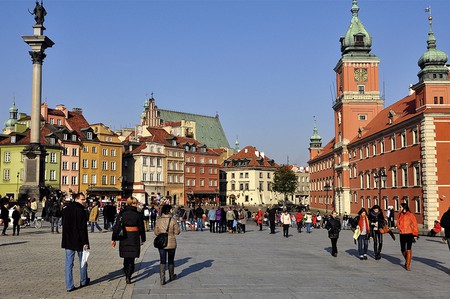 One of the coolest up-and-coming cities of Europe, Warsaw is not yet overly touristy, but its changing face makes it trendy among visitors and locals alike. The old town and the Royal Castle are the traditional image of the city, even if they were rebuilt after the WWII to reflect the actual old town. Other emerging areas are the milk bars, a staple in town, which, despite the name, don’t serve milk but traditional Polish food. They are remodeled from old Soviet sheds into hip contemporary eateries, popular among the young crowd. Celebrating its cultural heritage as the birthplace of Chopin, Warsaw is filled with benches which play the pianist’s music as people pass by. A mix of the old Soviet architecture and the futuristic vibe of restored places, and parks like the Hipster Square make up the contemporary vibe of the Polish capital.

The island city-state of Singapore is not all about financial affairs, skyscrapers, and picture-perfect artificial island resorts. The city also has small suburbs full of charm and a chic atmosphere. From Little India to Kampong Glam districts, you can experience a true multicultural life full of the latest trends in gastronomy, shopping, and fun. Ethnic food, vintage fashion, or arts and history… they are all present and ready to be discovered in Singapore. Keong Saik is the city’s new hot spot, where you can enjoy rustic restaurants, rooftop bars, or indie boutiques. The arts scene is filled with local works and international masterpieces, spread around the city in a permanent display of culture. 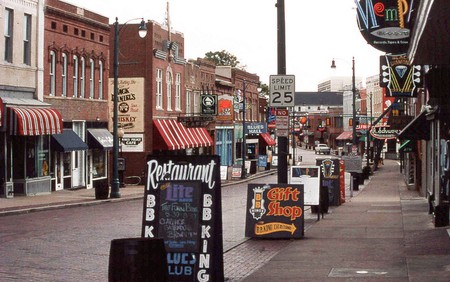 The home of Elvis Presley is being revamped into a trendy, livable city, and the popular Downtown and Midtown Memphis are becoming great places for family life, work, and play. With many walkable and bikeable areas, something quite rare in American cities, Memphis offers plenty of trendy new spots, from vinyl stores to vegetarian restaurants. Beale Street is the heart of town, where the blues clubs are still lined up just like they have been since the 1800s. A famous place for outdoor concerts and summer festivals, Beale Street attracts the young crowd. A stroll through the Arts District, a movie-set scene as well, will reveal a mosaic of history and art, historic restaurants, and architecture.

Located on the North Island of New Zealand, Auckland displays a laid-back Pacific-style multiculturalism, from its inner city to the coastal beaches and islands. Find locals enjoying life in the city suburbs or drive to the black sand beaches along the Tasman Sea to experience the great diversity of Auckland. Waiheke Island is a little corner of paradise, perfect for artsy types and wine lovers. Pop into cafés where the local artists hang out or visit galleries and craft shops. The Grey Lynn neighborhood is famed for being hippy-chic, with its blend of international cuisine restaurants and creative boutiques. The local gastronomy and music scenes of Auckland are a blend of influences from the cultures of Fiji, Tonga, the Cook Islands, and others. Exotic dishes, crafts and fashion, and Pacific-style island music all live together in New Zealand’s largest city.

The capital of South Korea is a blend of old and new. Medieval palaces, traditional wooden homes, and old-school shamans mix with modern skyscrapers to form a trendy city with a state-of-the-art lifestyle. Local designer boutiques for fashion, jewelry, and footwear mix in the Hongdae district with artsy, creative spaces. The neighborhood is also famous for its nightlife, at which you can see rock, jazz, or pop performances. Get lost on the neon-lit backstreets to reach karaoke bars, the new craze in Seoul. Western or Japanese staple culinary places have been left behind in favor of the neo-Korean creative cuisine that locals and tourists appreciate — a blend of traditional stews and spicy dishes with modern twists.

Monica is a travel copywriter and insatiable traveler based in Barcelona. Find her on her blog, Twitter or Instagram.