The Ultimate Guide to Barcelona’s Carnival 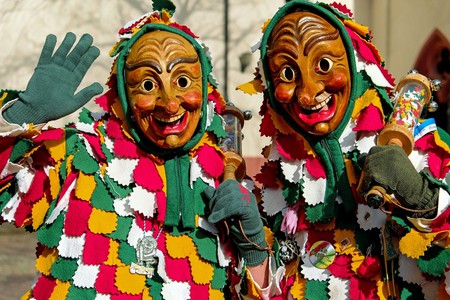 A traditional celebration with roots dating back to at least the Middle Ages, Carnival is a time for parades, fancy dress and lots of fun and laughter. Taking place each year in the run-up to Ash Wednesday, Carnival is both a religious celebration and a popular party. Here’s what you need to know about how to celebrate Carnival in Barcelona.

Carnival falls in accordance with the Christian and lunar calendar, beginning the Thursday before Ash Wednesday, also known as ‘Fat Thursday’ or ‘Dijous Gras’. Historically, this week of celebration was a chance to indulge in fun and a fair amount of gluttony before the 40 days of Lent, which begins on Ash Wednesday.

For Christians, Lent is a period of repentance, self-denial and in many cases of fasting or ‘giving up’ something until the end of Lent, namely Easter Monday. For this reason, it became customary for Christians to enjoy a blow-out celebration before their period of abstention – hence, Carnival came to be. 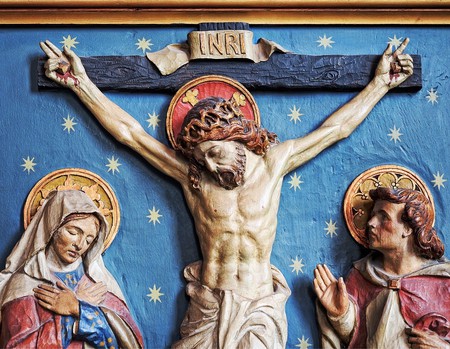 While in many places around the world Carnival has become synonymous with exuberant parties, fancy-dress costumes and crazy parades, the Carnival in Barcelona has tried to remain true to its traditional roots. Even though the celebration is no longer very religious in nature, a decision in 2011 to end the large parade which used to take place in Barcelona marks a return to the cultural origins of Carnival.

The arrival of the Carnival King

Known as Carnestoltes in Catalan, Carnival would be nothing without the infamous Rei Carnestoltes or ‘King of the Carnival’ who is said to preside over the Carnival and its participants. Cheeky, sometimes malicious and always looking to cause laughter and mischief, the Rei Carnestoltes encourages bad behaviour from the very moment he arrives in the city (typically on the Saturday). In order to welcome the Rei Carnestoltes, each neighbourhood organises its own parade with children and adults taking part whilst donned in their best fancy-dress costumes. 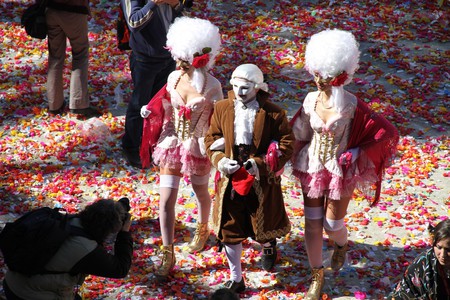 The Sunday has typically been the day of the Taronjada – a colourful ‘battle’ between members of the public and Carnival goers that takes place on the Plaça Comercial in El Born. While once upon a time the public would throw actual oranges at each other, today the event is marked with orange confetti and balloons and is one of the iconic moments of the entire Carnival. As always, the Rei Carnestoltes is there to preside over the occasion and ensure that plenty of mischief is involved.

Later, Sunday evening is the time of the grand masquerade ball known as the sarau, which sees adults and children take part in traditional dances usually accompanied by live music. However, in 2017, both the Taronjada and the Masquerade Ball took place on Fat Thursday, and not the Sunday which had until now been traditional. 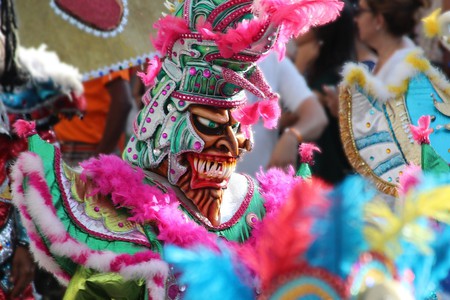 There are colourful costumes at Carnival CC0 Pixabay

The burial of the King

One of the most important moments of the carnival comes on the Tuesday before Ash Wednesday when – tried for his sins – the Carnival King is condemned to death. The bright colours of the previous week are swapped for black as Carnival goers mourn the Rei Carnestoltes who is buried among his many lady friends and fellow mischief-makers.

Known as the ‘Burial of the Sardine’, this final procession of the Carnival takes place on Ash Wednesday and marks the end of the celebrations and the beginning of Lent.

While Barcelona’s Carnival is not as large or as famous as those of nearby cities, such as Sitges and Vilanova i La Geltrú, it is still an important celebration which is seen as forming part of the city’s cultural heritage.