The Trendiest Neighbourhoods in Madrid 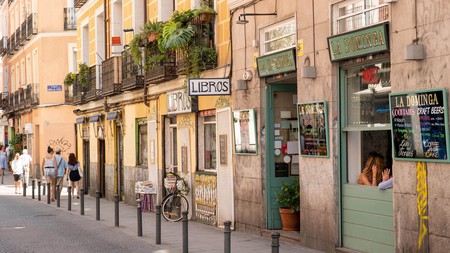 Madrid is a beautiful city with no shortage of stylish boutiques, restaurants and cafés. But which are the coolest areas to stay in and explore? Follow our guide to the trendiest Madrid neighbourhoods, from the best places to hit the designer shops to the hippest late-night bars and restaurants.

Chueca is one of the most stylish and vibrant neighbourhoods of Madrid. Known as the LGBTQ neighbourhood, it is home to a whole host of trendy bars, cafés and shops and is the epicentre of Madrid Pride, which takes place at the end of June each year. It’s a magnet for Madrileños of all ages, gay and straight, and is known for its fun atmosphere and range of great restaurants, cocktail bars and clubs. Channel old Hollywood glamour in a booth at legendary cocktail bar Museo Chicote or spend an afternoon perusing the stalls and enjoying a drink on the rooftop terrace of the popular San Antón Market. 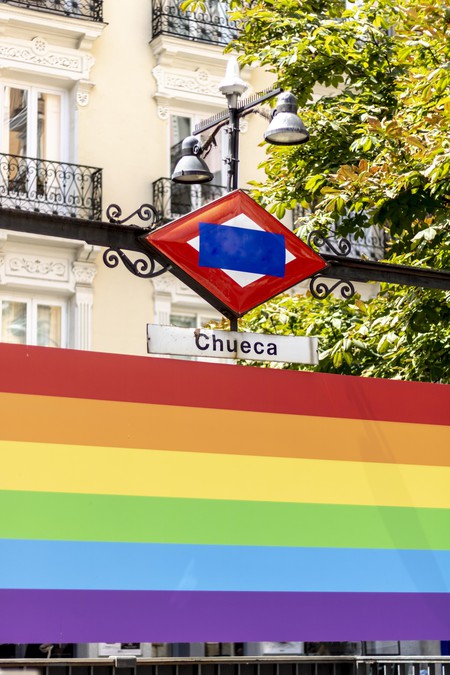 Just west of Chueca is the neighbourhood of Malasaña, which was the centre of the Movida Madrileña, a countercultural movement that developed after the death of dictator Francisco Franco and Spain’s return to democracy. In the 80s, Malasaña was a rough-around-the-edges hotbed of bars, drugs and nightlife. Today, it has cleaned up a lot and is perhaps Madrid’s hippest neighbourhood. It’s a treasure trove of vintage shops, cool boutiques run by young local designers and laid-back bars and restaurants. 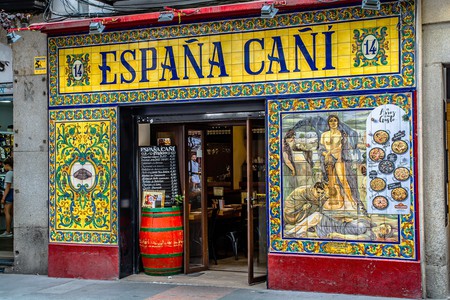 Salamanca is one of the most expensive neighbourhoods in Madrid, where you can find the most exclusive international and Spanish designer brands all centred around the area’s ‘Golden Mile’. It’s a great area for people-watching, and if you’re looking to treat yourself to a Michelin-starred meal or a designer cocktail, this is the place. You don’t have to be a millionaire to enjoy Salamanca, though. Mercado de la Paz is a bustling neighbourhood market that is home to one of Madrid’s most popular little bar/restaurants, Casa Dani. It is famous for its gooey tortilla de patatas and its bargain menu del día (fixed-price lunch menu). Platea is a converted 1950s cinema that is now home to bars, food stalls and entertainment.

Such is the popularity of Chueca that the northern part has split off into its own neighbourhood, Las Salesas, which runs from Chueca northwards towards Salamanca. Packed with cute designer boutiques and tempting cafés and restaurants, the area is the ideal spot for a leisurely weekend stroll. Don’t miss the tempting treats at Mama Framboise, a cool local bakery, and come evening, try some craft cocktails at Macera. 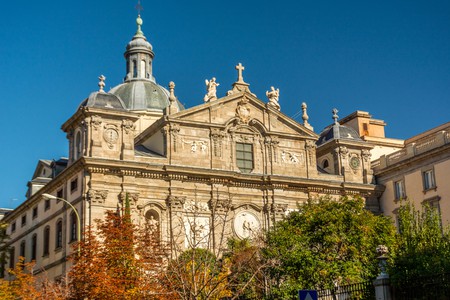 Barrio de las Letras, also known as Huertas after its main thoroughfare, has for centuries been Madrid’s literary neighbourhood. It was here that Miguel de Cervantes lived and worked, alongside other Golden Age greats such as the playwright Lope de Vega, whose home you can visit. Later, it was the favourite stomping ground of Ernest Hemingway, who had several favourite bars in the neighbourhood. Today, it’s a lovely area full of cool bars, restaurants and shops. Plaza Santa Ana is a busy hub at most times of day, and a good place to indulge in a drink and some people-watching. 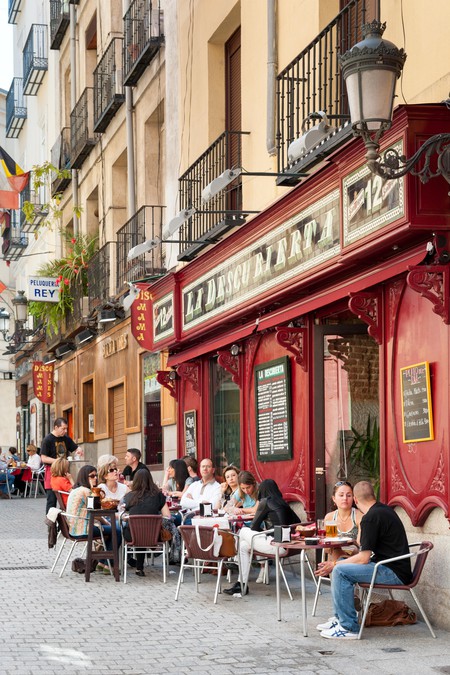 La Latina is one of the oldest areas of Madrid and these days is famous for its many tapas bars. Head to Calle de Cava Baja for the ultimate tapas bar crawl, then spend a leisurely afternoon on the beautiful Plaza de la Paja, a lovely square lined with restaurants and bars. La Latina is also a good place to explore Madrid’s fascinating history; the free San Isidro Museum has interesting interactive displays that chart Madrid’s growth over the years. 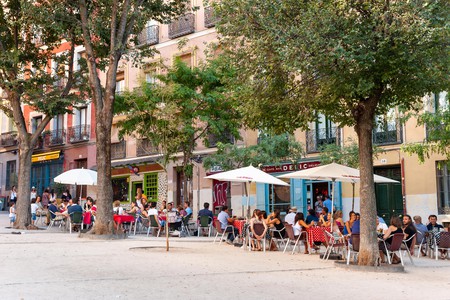 Madrid’s most multicultural neighbourhood, Lavapiés, is full of international cuisine, cool street art and hip bars and cafés. It’s a great place to check out local artists, either by taking a street-art tour or by visiting local spaces such as the Tabacalera. On Sundays and public holidays, the streets around Ribera de Curtidores are packed with the Rastro, the city’s largest flea market. At night, check out traditional old bars and cool new openings, or catch a classic film (for a bargain €2.50) at the Cine Doré. 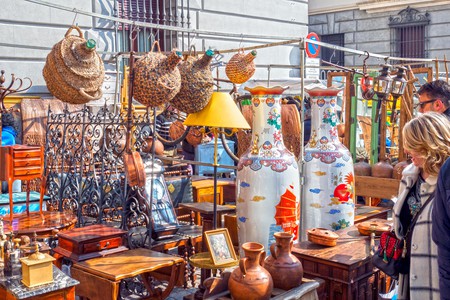 Still looking for inspiration on where to stay in Madrid? Check out our guide to the best and cheapest hotels in Madrid.

This article was co-authored by Harry Morrell.