The Coolest Neighbourhoods in Barcelona, Spain 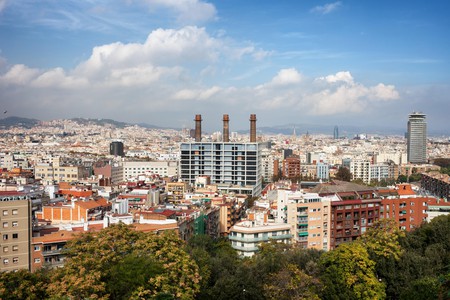 The neighbourhoods of Barcelona may blend together at the borders, but they all have distinct personalities | © Artur Bogacki / Alamy Stock Photo

Barcelona, the capital of Catalonia, is filled with cool neighbourhoods – think hidden art galleries, cocktail bars, designer boutiques and hipster hangouts. Whether you’re looking for a stay in bohemian Gràcia, hip El Born, trendy Poblenou, edgy Raval, or somewhere else, here’s our pick of the coolest neighbourhoods in Barcelona. 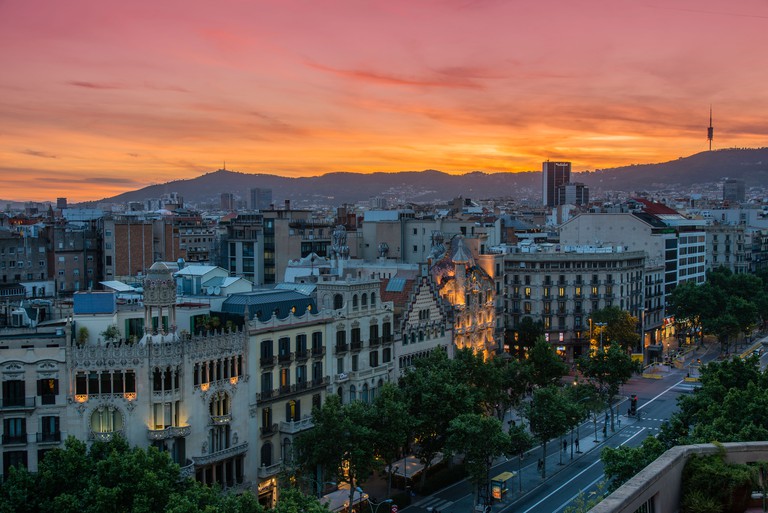 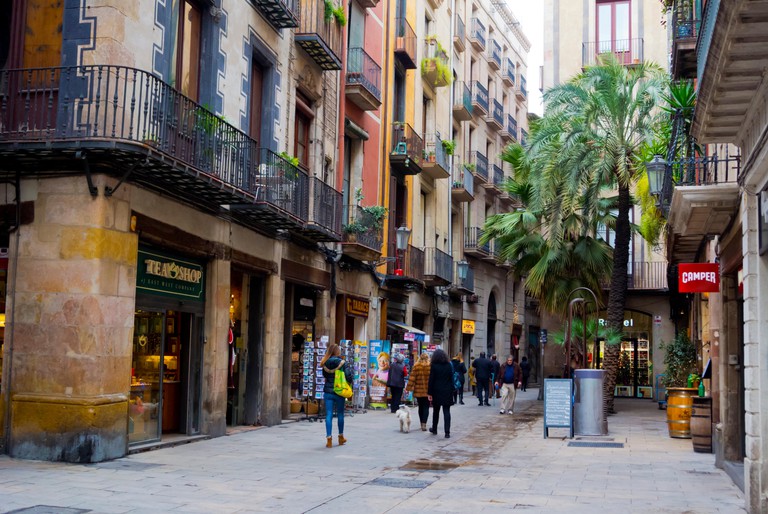 © Peter Forsberg / Alamy Stock Photo
The narrow web of streets scattered around the old church of Santa Maria del Mar is known as El Born. Here, hidden down backstreets, sit some of the coolest spots in the city – clandestine speakeasies, hip coffee shops, trendy concept stores and hipster barbers. They’re interspersed with small art galleries and boutique shops, selling everything from handmade leather shoes and bespoke jewellery to unique fashion. Another lively spot for a night out, the main thoroughfare of Passeig del Born is lined with bars – ideal for a cocktail, beer or vermouth.
Open In Google Maps
El Born, Barcelona, Catalonia, 8003, Spain
Give us feedback

Poblenou has slowly been growing into one of the coolest neighbourhoods in the city, popular with hipsters and start-ups. While the lower part of the neighbourhood, close to the sea, has remained quite traditional, it’s the upper region near the colourful Torre Glòries that has changed the most. Here, old warehouses have been transformed into creative offices and co-working spaces, modern galleries, craft beer breweries and concept stores. If you love Instagrammable spaces, quality coffee, brunch places and vintage markets, you’ll love Poblenou.

While Raval may still be a little rough around the edges at times, it’s been changing over the years into a cool and edgy barrio, where skaters and street artists hang. At the centre sits the Barcelona Museum of Contemporary Art and the Centre of Contemporary Culture of Barcelona. Huge street murals sit next to vegetarian cafés and skater shops. It’s a multicultural neighbourhood, too, home to some of the best Indian and Middle Eastern restaurants in Barcelona. The area is also packed with quirky bars and trendy brunch spots. 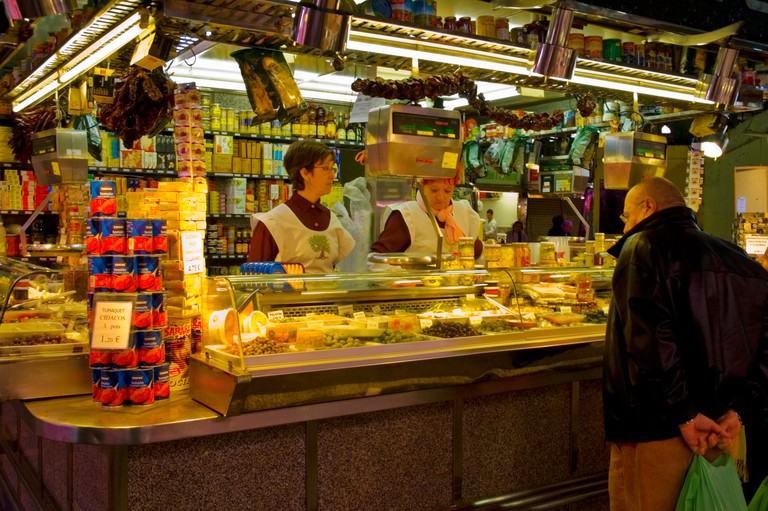 © Peter Forsberg / Shopping / Alamy Stock Photo
Sant Antoni lies between Eixample, Raval and Poble-Sec. The neighbourhood is centred on the Sant Antoni Market, a covered food and book market that opened in 2018. Because of this, the neighbourhood has attracted cool bars and restaurants, which range from trendy doughnut shops – the kind you might expect to find in New York – to craft beer bars. Even top chefs Ferran and Albert Adrià, of El Bulli fame, opened eateries in the area.
Open In Google Maps
Sant Antoni, Barcelona, Catalonia, Spain
Give us feedback

Architectural Landmark
Facebook
Email
Twitter
Pinterest
Copy link
Share
Map View
Poble-Sec sits between Raval, Sants and Montjuïc Hill and offers a mix of edgy and cool. Along the main road of Parallel, you’ll find several theatres and music halls, which have made this neighbourhood an entertainment spot for many years. Recently, however, the interior of the barrio has been changing, with the addition of craft beer bars and funky international joints. One of the coolest spots to hang out here is Carrer Blai, a street filled with Basque-style pintxos bars.
Open In Google Maps
Barcelona, Catalonia, 8015, Spain
Give us feedback 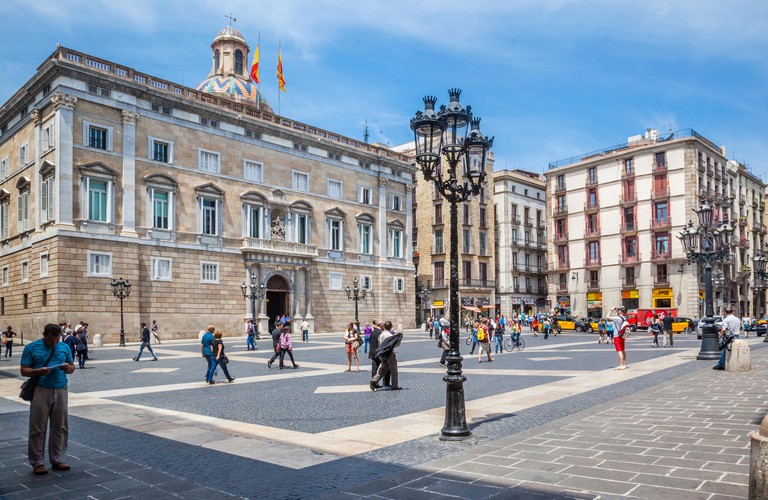 © Manfred Gottschalk / Alamy Stock Photo
The Gothic Quarter is one of the oldest neighbourhoods in the city, and partly surrounded by the old city walls and filled with ancient Roman remnants and medieval buildings; it’s also home to Barcelona Cathedral. Here, you’ll find century-old shops sitting next to Irish pubs and quirky souvenir outlets. It’s a neighbourhood of contrasts, and a cool spot for a night out, where you can find nightclubs and themed bars, particularly in the lower part of the neighbourhood, close to the marina. While the main parts of Barri Gòtic (such as the area around the cathedral, La Rambla and Plaça de Sant Jaume) can be crowded, you’re sure to find some quiet streets to explore and unique shops to discover.
Open In Google Maps
Gothic Quarter, Barcelona, Catalonia, Spain
Give us feedback 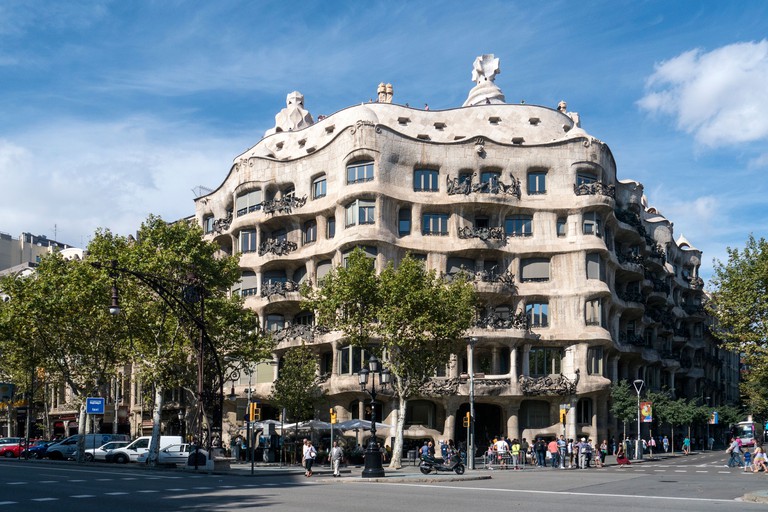 © Chris Lawrence / Alamy Stock Photo
The Eixample neighbourhood sits in the city centre and offers a different type of cool. It’s elegant, upmarket and luxurious, filled with designer stores and boutiques, refined hotels and fine-dining restaurants. The neighbourhood runs from Plaça Catalunya (just north of the Gothic Quarter) to Gràcia, and is divided by the grand boulevard Passeig de Gràcia. This is where you’ll find most of the designer shops and magnificent pieces of architecture, including two of Gaudí’s most famous works – the Casa Batlló and La Pedrera. One of the coolest parts of Eixample is the lower west side of the neighbourhood, a favourite hangout of the LGBTQ community. Here, there’s a party vibe with lots of bars, clubs and LGBTQ-centred hotels.
Open In Google Maps
Eixample Barcelona, Catalonia, Spain
Give us feedback
Give us feedback