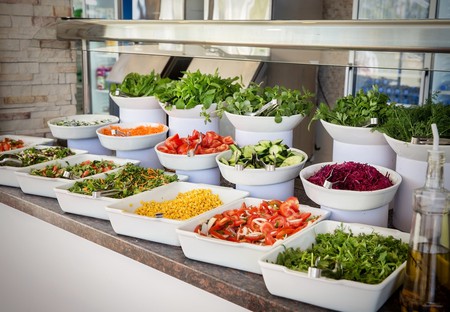 Vegetarians often visit Spain believing they will lack choice in the restaurants of a predominantly meat-eating country. Yet as a trip to Córdoba demonstrates, this is a myth. Read on for the top vegetarian restaurants in this beautiful Andalusian city. 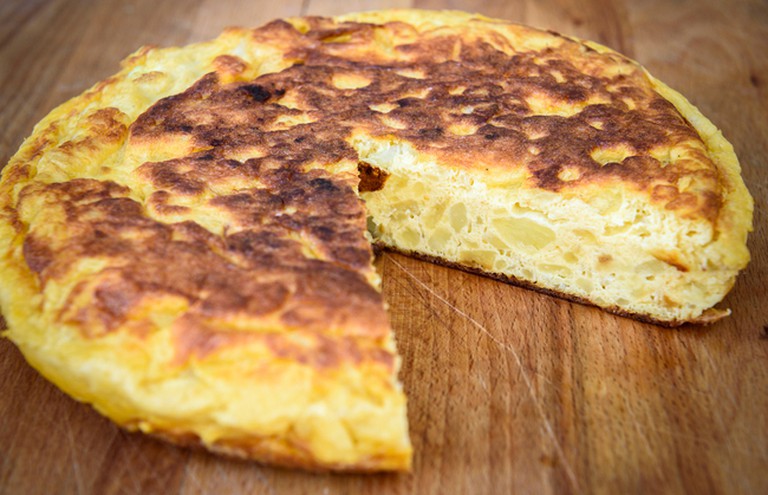 Garum 2.1. is serves some of the best tortilla in Córdoba | JGA, shutterstock

“Everything was absolutely incredible” is something you often hear from people who have dined at Garum 2.1, a slick gastrobar at the end of Calle San Fernando, one of Córdoba’s most lively streets. Garum serves meat but offers an excellent range of vegetarian dishes, including Spanish classics such as tortilla and salmorejo, a cold tomato and garlic soup that hails from Córdoba (ask for the jamon garnish to be left off). Everything here is enlivened with modern, innovative tweaks, which makes for a refreshing change from the city’s more traditional restaurants. 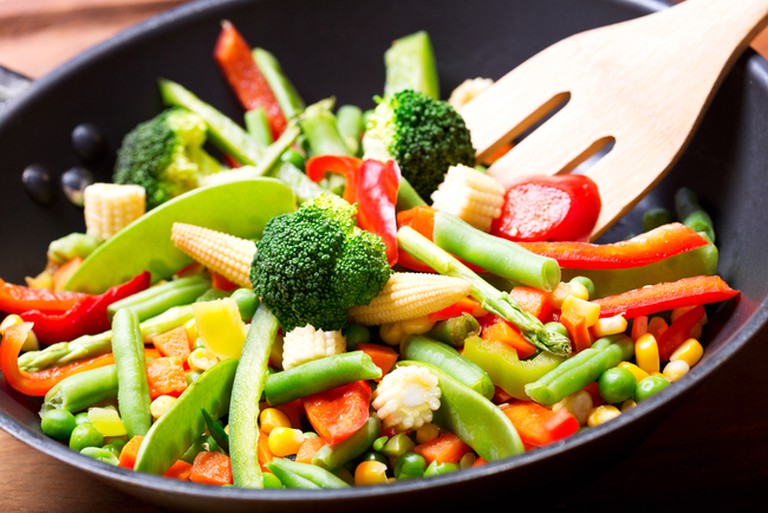 This colourful and cheerful eatery is situated just a block away from the Mosque-Cathedral, on the riverside thoroughfare of Calle Ronda de Isasa. In an interior of purples and oranges you can choose from a good selection of vegetarian, vegan and gluten-free dishes, an excellent wine menu and several artesan beers. Standout meals are the pasta with artichoke and white truffle and the sautéed vegetables with noodles. Owing to the quality of the food and friendliness of the service, Amaltea is very popular so it’s recommended to reserve a table, especially in the evenings. 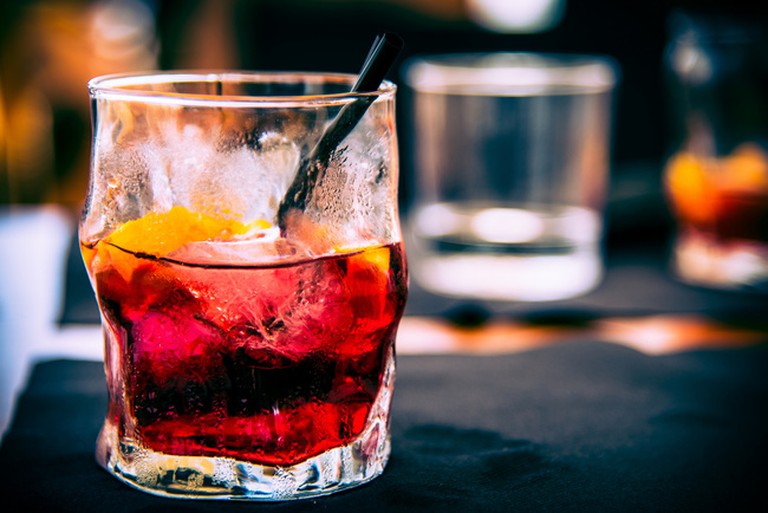 La Boca, located halfway along the shabby-chic Calle San Fernando, is often named as one of the best places to eat in Córdoba for both vegetarians and meat-eaters. The food here is just as elegant and innovative as the decor inside, which is divided up into two parts: La Boca (The Mouth) and El Perro Andaluz (The Andalusian Dog). The former is the more formal dining area, whilst the latter is a tavern in which you can prop up the bar and snack if you’re not too hungry. A good range of veggie dishes is available in both, as are the excellent desserts and sangria. 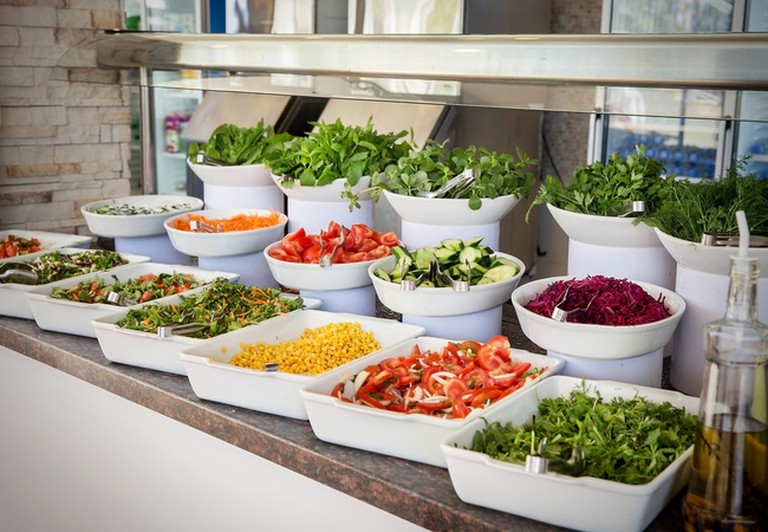 Since opening in 2013, Mercado Victoria has established itself as one of Andalusia’s most sophisticated foodie hangouts. Popular with locals as well as tourists, this modern, stylish covered market is packed with gourmet food stalls offering a variety of Spanish and international veggie bites. Victoria is also where many Cordobans head to buy daily essentials and to exchange gossip, making for a lively atmosphere as you savour some of the most innovative cooking Córdoba has to offer. There are several smart seating areas available inside and some amazing outside terraces. 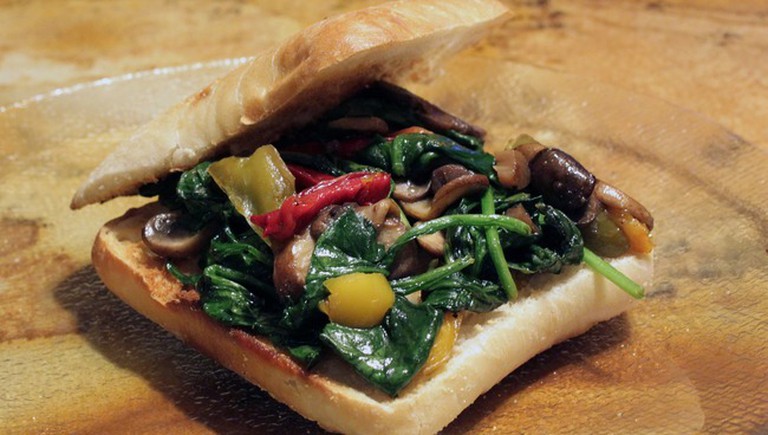 Situated just over the road from Garum 2.1 and a few minutes’ stroll from the Mosque-Cathedral, The Bicycle constantly wins praise for its fresh juices, homemade desserts and its toasted sandwiches, which are available with a variety of meat-free fillings. The team at this cool little bar-restaurant are meticulous about their produce, only choosing the freshest organic ingredients for the dishes and juices on the menu (the latter of which are also used in their tasty cocktails). Even better, it stays open all through the day instead of closing for several hours after lunch. 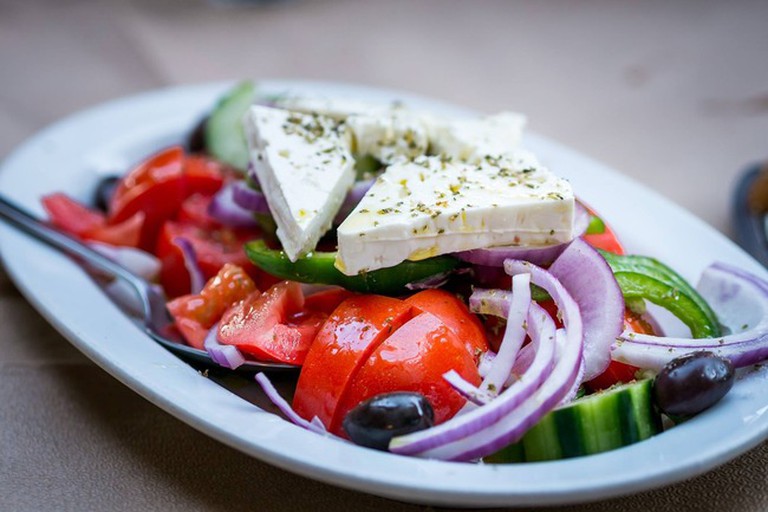 Ecofmaily Bufe is famous for its salads buffet | TheAndrasBarta, pixabay

Young children have the run of the place in most Spanish bars and restaurants, but at Ecofamily Bufe they are offered their very own menu and playing space. Vegetarians are equally well catered for in this cavernous deli-restaurant-bar on the northern edge of Córdoba’s historic centre, and will find an extensive buffet of freshly prepared pan-Mediterranean salads to choose from. In addition to the salad buffet – much talked-about amongst Cordoban veggies – the dessert, artesanal beers and fresh juices are highly praised and the service, according to one recent customer, is “phenomenal”. Well worth the 15 minute walk from the historic town centre.

A traditional Cordoba restaurant that opened its doors back in 1879, Taberna Salinas boasts a charming internal courtyard decorated, in true Cordoban style, with ceramics and pots of bright red geraniums. Though many people assume such places don’t do vegetarian fare, non-meat eaters will find plenty to enjoy here, such as salmorejo (minus the jamon garnish) and tortilla de patatas. Other vegetarian options include chickpeas with spinach and fried aubergine drizzled with honey (both Andlausian classics). If you want to dine in a a typically-Cordoban eatery yet still have a decent vegetarian choice, this is your place.