The Top Art Galleries To Visit in Cádiz, Spain

Rafael Correa, President of Ecuador, visits an exhibition in Cádiz's Santa Catalina castle in 2012; Cancillería del Ecuador/flickr
The Andalusian city of Cádiz is not particularly known for its art scene, but that’s not to say there are no art galleries worth a visit here. From major annual exhibitions held in its beautiful 16th century castle to a cluster of independent galleries showcasing the works of local artists, this city has plenty to please the art-lover. Read on for the top art galleries to visit in Cádiz.

Works by Cádiz’s leading contemporary artists can be seen at the Benot gallery. Exhibitions run for about a month and often explore the cityscape of Cádiz, the nearby ocean and the surrounding countryside. Currently running is a collection of works by local artist Ricardo Urrejola entitled “On Nature, the Sea and the City”, which takes a thought-provoking look at our natural and man-made habitats.

The other gallery that enables you to take the pulse of Cádiz’s contemporary art scene is the Rivadavia room, housed in a grand old building in the old town. Paintings, sculptures and photography by the province’s leading artists can be viewed and there is normally an annual exhibition of works by Latin American artists, too. The gallery has minimal web presence so call up for details of the latest exhibits. 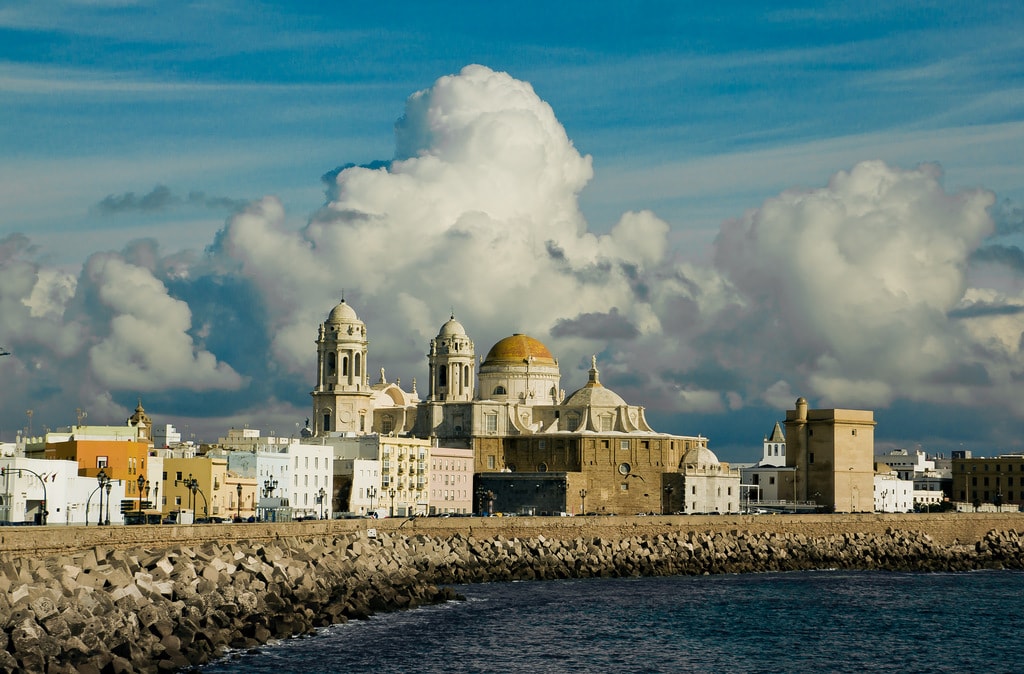 Cádiz itself has inspired many works in the city’s art galleries; Hernán Piñera/flickr

The Eritia gallery is run by a collective of local “plastic artists” – i.e. painters, illustrators photographers and sculptors – and shows off their work in a slick, modern space. Pieces by resident artists are displayed alongside temporary exhibitions by invited artists and comprise an exhaustive range of styles and mediums, from comic book illustrations to gritty and compelling urban photography.

Built during the reign of King Felipe II of Spain (1556-98), Cádiz’s stunning Santa Catalina castle has been partly restored and now features four smart and spacious exhibitions rooms. These are the setting for temporary exhibitions of works by leading Andalusian painters, which run alongside a permanent exhibition on local history and arts and crafts shops. During the summer, concerts and other outdoor cultural events are held in the castle’s courtyard. 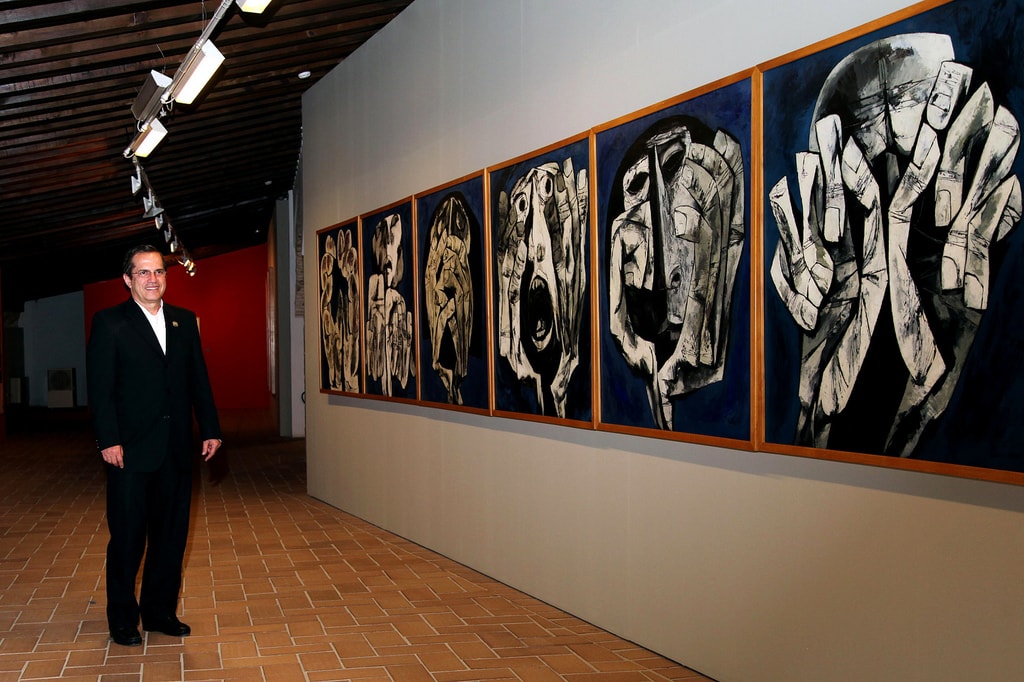 Former Foreign Minister for Ecuador, Ricardo Patiño, at an exhibition in the Santa Catalina castle in 2012; Cancillería del Ecuador/flickr

The Candelaria bastion was built in the latter half of the 17th century in order to protect the entrance to Cádiz’s strategically important port. Nowadays, like the castle, it has swapped its defensive role for a cultural one and is the setting for several temporary exhibitions every year, whilst the internal, open-air courtyard is used as a concert venue for everything from indie to flamenco. Call up or wander in to find out about upcoming events.

Fortunately for the members of Cádiz’s local council, its offices are situated in the 18th century Palacio Provincial on one of the city’s most attractive squares. This elegant building is also used for the several exhibitions that are arranged every year by the council. These shows typically focus on prominent local figures and explore, through art, their contribution to the city’s culture. 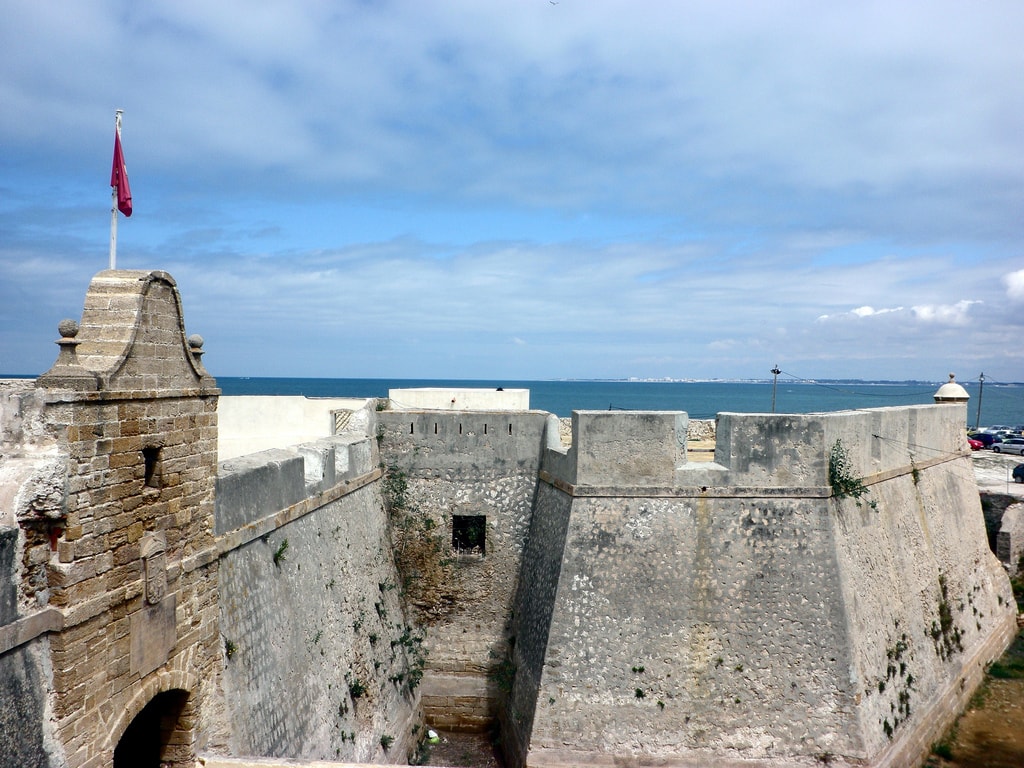 The Comprehensive Women’s Centre of Cádiz is home to one of the city’s most original and interesting permament exhibitions. Split over five levels, this collection uses paintings, sketches and photographs to explore the place of women in society throughout the history of Cádiz. The rooms entice you in with names like “Cyber Woman” and “Cigar Girls”, whilst other focus on the lives and works of female politicians and artists from Cádiz.