Pexels, pixabay
Córdoba boasts a number of excellent art galleries. Scattered throughout the charming neighbourhoods of the old town, they display a wide range of classic and contemporary art, including the works of Cordoba’s most distinguished artists, past and present. Here are the ones you don’t want to miss.

Occupying an old hospital on one of Cordoba’s prettiest squares, the Museum of Fine Arts displays a permanent collection of paintings, prints and drawings by artists from the middle ages to the present day. It specialises in work produced by Cordoban artists from the 15th to 21st centuries, especially during the baroque period and the 19th century. A programme of temporary exhibitions also runs alongside the permanent collection.

Zoco is a small gallery and shop run by the Association of Cordoban Artisans. It is located on one of the most beautiful courtyards in the city’s former Jewish quarter, on a site that was originally part of Córdoba’s expansive Moorish souk. Nowadays, original works by the city’s leading artists is on display alongside locally-made ceramics, leather goods, jewellery, glassware and ornaments. In and around the lovely courtyard you can also watch the artisans at work in their studios. 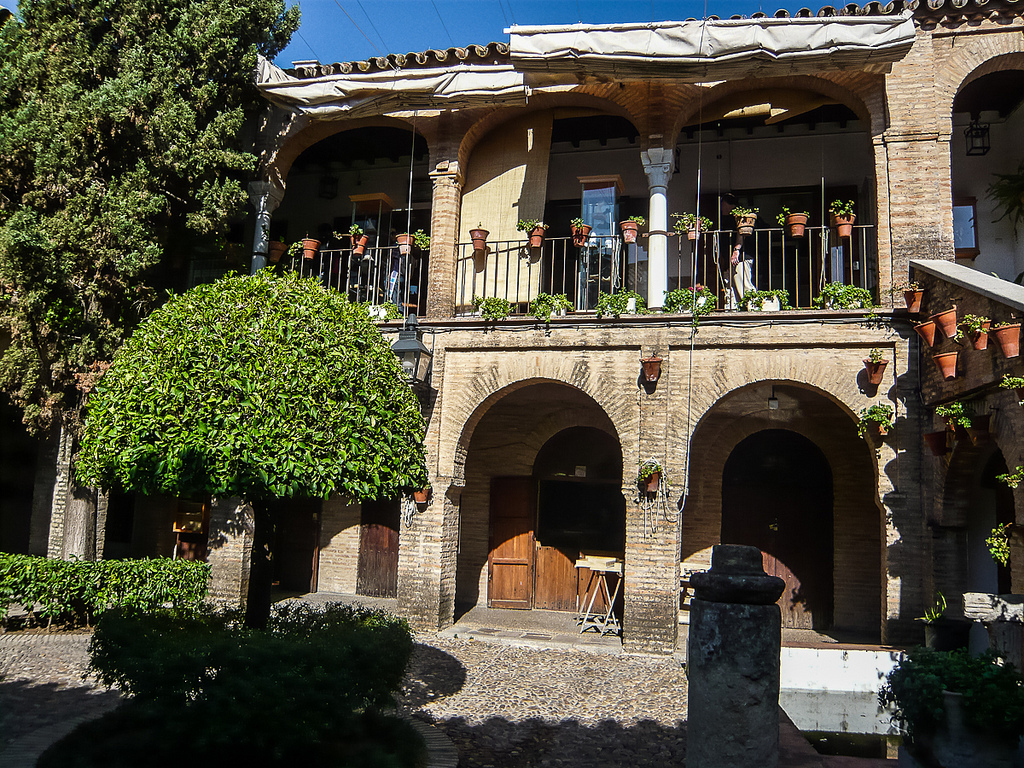 The beautiful courtyard that is home to the Zoco gallery and shop; Turol Jones, flickr

Since it opened 15 years ago, this intriguing gallery has been showcasing works by Córdoba’s most important contemporary artists. During this time, Galeria del Campo has imaginatively promoted the work of emerging Cordoban artists throughout the rest of Andalusia, running exhibitions as well as publishing a monthly magazine called CÓRODBAexpone. Definitely the place to head if you want to take the pulse of the city’s contemporary art scene.

Julio Romero de Torres (1874-1930) is Córdoba’s most famous artist and was raised in the rarefied environment of the city’s Museum of Fine Arts, which was founded by his father. Torres is known and loved in Córdoba for his regionalist paintings, in which he depicted traditional aspects of Andalusian life. A good selection of these, as well as works from other periods of Torres’ career, can be seen in the museum that bears his name, which is situated on the same square as the Museum of Fine Arts. 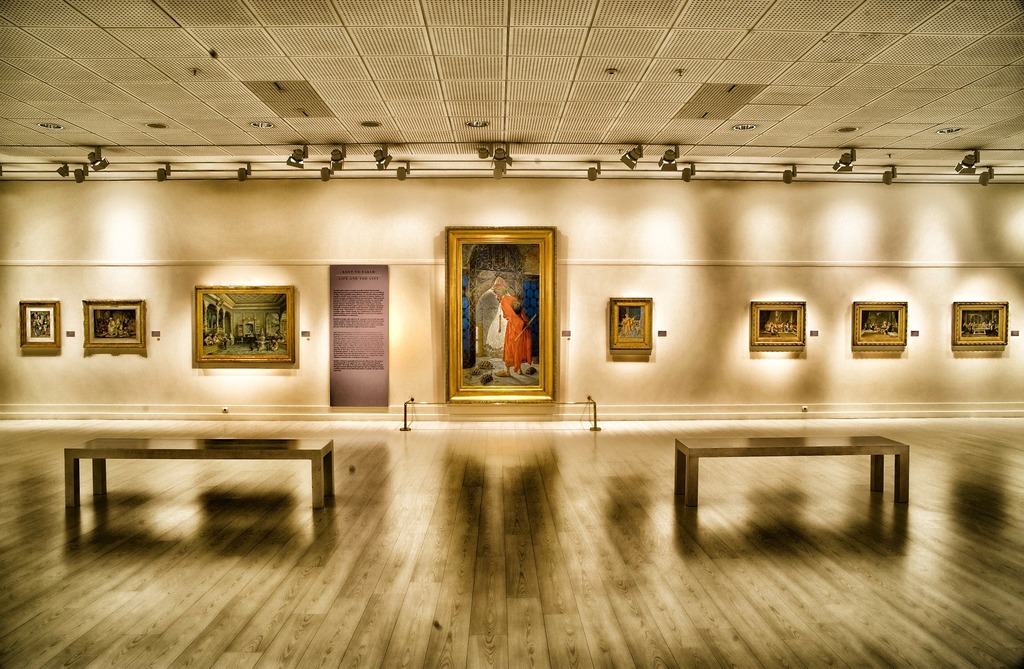 Arte Herrera is the studio and gallery of the celebrated wildlife painter Fernando Herrera. Herrera was profoundly influenced by a trip to South Africa in 2004, when he spent 6 months studying and sketching the terrain and wildlife of Kruger National Park. Since this time, he has become known for his giant images of the country’s wild animals and landscapes. His depictions of lions and elephants, in particular, are amazing and well worth a trip to the gallery to see. Herrera is currently working on a series of pieces centred on Córdoba’s Mosque-Cathedral, which should be something pretty special if his wildlife painting is anything to go by.

A beautiful little shop and gallery tucked away in the former Jewish quarter of Córdoba, La Buganvilla displays a range of original artworks and artefacts relating to the city and Andalusia. Also available for purchase at reasonable prices are bronze sculptures and ceramics by Cordoban artisans, whilst attached to the gallery is a shop at which all kinds of locally-made goodies can be purchased. In the “gastronomic corner”, for example, you can buy high quality olive oils and patés as well as marmalade made from oranges picked from the trees in the courtyard of the Mosque-Cathedral. A gallery with a difference and a must-visit if you’re in the neighbourhood. 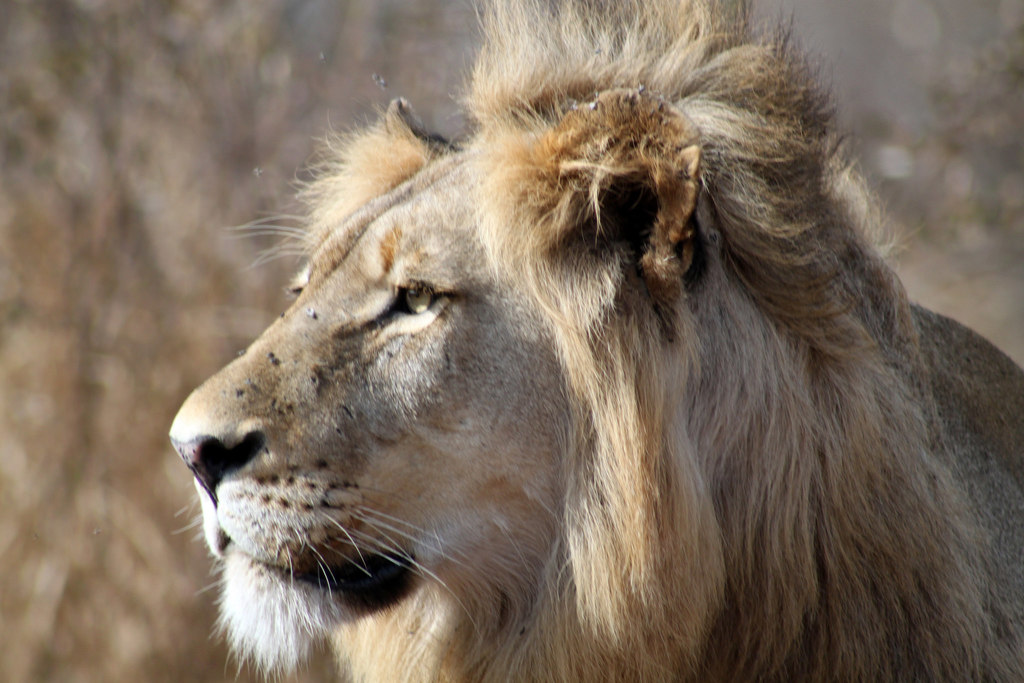 Artist Fernando Herrera was inspired by the wildlife of South Africa; flowcomm, flickr

Situated on the same pretty square as the Museum of Fine Arts and the Julio Romero de Torres Museum, Sala el Potro is a small independent gallery selling works by local artists at affordable prices. Many of the pieces on display here are of Córdoba, the Guadalquivir river and the beautiful, hilly countryside that surrounds the city, making them ideal souvenirs to take back home. The owners are praised for their knowledge and friendliness and for always ensuring new works and artists are on display.