The Most Traditional Dishes You Should Try In Salamanca, Spain 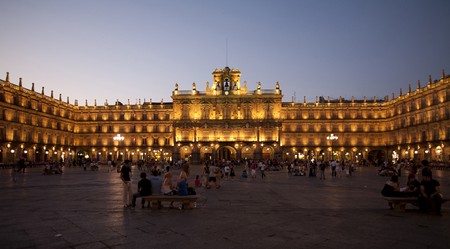 Salamanca is the perfect city for a weekend getaway in Spain, and its title as a World Heritage Site certainly evidences its rich cultural and historical heritage. Traditional Castilian cuisine brings a unique touch to the gastronomic scene found in the city. Here are the top eight dishes to add to your must-try list while diving into the local cuisine in Salamanca.

Originally, the consumption of this meat pie was limited to family celebrations at the end of Easter in Salamanca. However, now it is the star of all the baked goods in the city. This pie is sold at most bakeries and cake shops, although it is also possible to find individual packs in supermarket chains. The hornazo has a characteristic diagonal-grid pattern on top of the dough, while the inside is made up of different layers of meat. Loin pork and chorizo are the main ingredients, but eggs, cured ham or bacon are often used too. 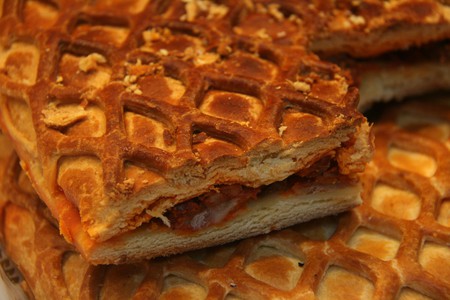 Paloma, apart from being a common female name, is a highly appreciated and exclusive staple within the local cuisine. It consists of a fried wheat crust wrapped around a portion of Russian salad. The result is a crunchy and refreshing combination of flavors, and it’s normally served cold. The composition of the salad can vary, and can include vegan ingredients. Palomas are widely available in most cafes and tapas bars throughout the year, although they are best enjoyed in the spring and summer. 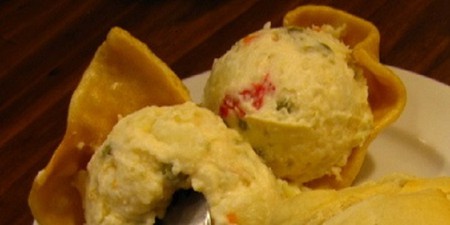 Traditionally baked at home for Christmas and other popular festivals, these Spanish cookies have been closely linked to brunch and afternoon tea in some regions. Salamanca brings its own variety of perrunillas, which are easy to recognize by their rounded shape, golden color, and the distinctive almond in the middle. Their dry texture makes them an ideal accompaniment to a cup of tea or coffee. You will find perrunillas in most cake shops and bakeries. 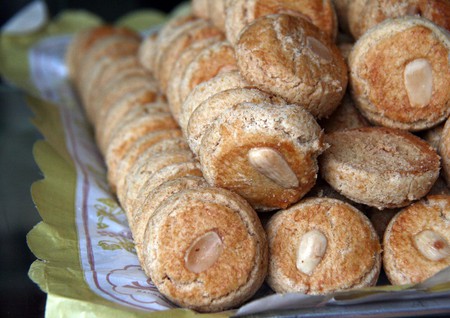 You don’t usually associate sweet flavors with tapas, but cheese with quince is a firm favorite. Quince fruit can be prepared in cubes or slices, which are placed over a triangle of cheese, assuring a delicate yet rich combination of flavors. Although it first came onto the culinary scene as a popular children’s after-school snack, it is now widely popular with everyone. 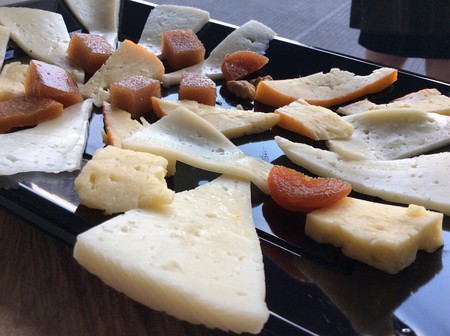 Meat is a staple of Castilian gastronomy. In the case of jeta, the meat-based recipe simply consists of roasted pork cheeks, served up in bite-sized portions. They are often served with vegetables, such as red peppers or fried potatoes. 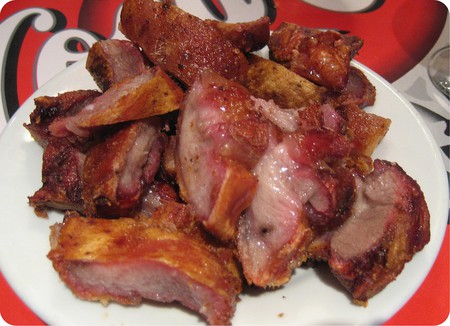 Doughnuts are included in the list of traditional sweets from the Castilian region. Doughnuts of Ledesma come directly from the ancient town of the same name close to Salamanca, where the recipe has remained unchanged for over five centuries. These round sweets are well-known for their small size – no larger than a coin – and their dry consistency. They are available in most bakeries and cake shops, and are sold in transparent bags. 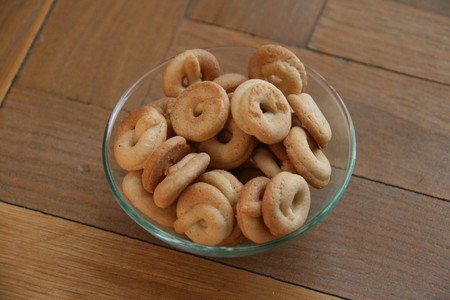 This is another regional recipe that has been adapted to the tapas culture without losing its essence. Farinato is a cooked, spicy sausage made up of pork fat, bread and onion. Its orange color is reminiscent of fresh-meat sausages, although farinato has a softer texture. For a long time, farinato was served with fried eggs as a main dish, but scrambled eggs are a good alternative for those wanting to enjoy the dish in a smaller portion. 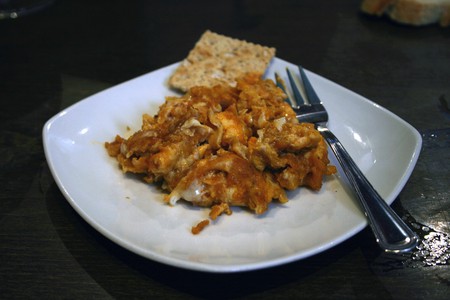 This tapas dish provides the opportunity for customers to try a wide range of traditional recipes. Basically, the idea of tostas is to have a generous slice of bread topped with tiny portions of different traditional dishes. There are specialized tapas bars offering complete collections of tostas and montaditos, which include cheese, sauces, hot and fresh meat, anchovies, or vegetables in varied combinations. From the single ingredient option to more sophisticated pieces, there is surely a tosta for every taste. 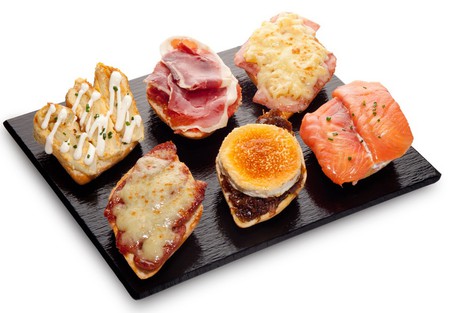