The Top Things To Do And See In Sarrià-Sant Gervasi 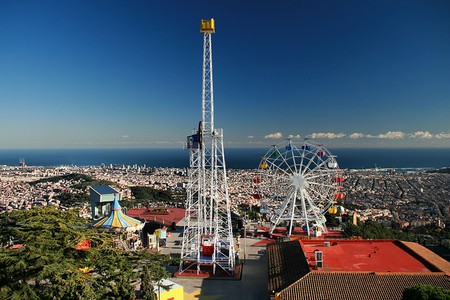 Sarrià-Sant Gervasi is one of the biggest districts in Barcelona and yet it also seems to be one of the less well-known ones, though this definitely does not make it any less worth a visit. Made up of several predominantly upper-class residential neighborhoods, many of which were previously separate towns, Sarrià-Sant Gervasi still has plenty to offer to those who are curious and willing to venture beyond the city center. 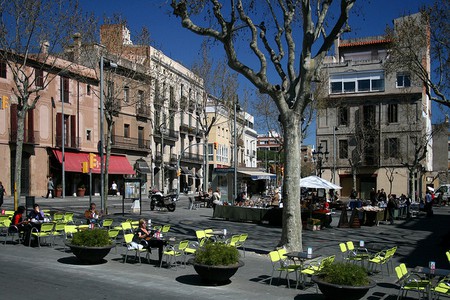 As a former village that was incorporated into the city in 1921, a lot of Sarrià’s small town charm still remains intact and it is ideal for people who want to get to know Barcelona a bit better. To best take in the scenery, stroll along Major de Sarrià and its adjoining streets and squares. Not to be missed are the Sant Vicenç de Sarrià church, founded over 1000 years ago, and the charming Plaça del Consell de la Vila and Plaça de Sant Vicenç de Sarrià squares that look like they belong more in a small town in the Pyrenees than in Barcelona. Sarrià also has its own neighborhood market, down the street from the Pedralbes Monastery, which is probably much more authentic than any of the others you are likely to find downtown. 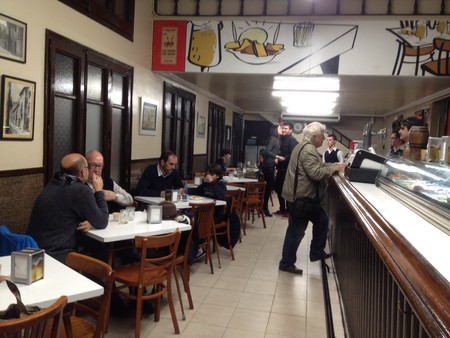 Located in the heart of the Sarrià’s old town, Bar Tomàs could easily be confused for any other typical neighborhood bar if it were not for the usual flock of people that fill up its two rooms as well as the framed copy of a Wall Street Journal article, in which the tapas bar is featured, looking over it. Open for business since 1913, the bar is best known for its exquisite aioli and hot sauce patatas bravas that are an absolute must for garlic lovers. And let’s be honest here, what better way to top off a day of exploring old town Sarrià than with a good portion of bravas and a nice cold caña?
Open In Google Maps
49 Carrer Major de Sarrià, Barcelona, Catalunya, 8017, Spain
+34932031077
Visit Website
Give us feedback

Ever get tired of the hustle and bustle of the busy Barcelona life? Or feel like you need a breath of fresh air? It’s easy to forget just how easy it actually is to get away from all of the city life commotion. Only a metro ride away from the center is the Collserola Natural Park, which also just so happens to be the biggest metropolitan park in the world and engulfs the Sarrià-Sant Gervasi neighborhoods of Vallvidrera, Tibidabo, and Les Planes. One of its most accessible points is the Carretera de Les Aigües, the pine-laden 10 km ‘water road’ that is perfect for going on runs, bike rides, or even just nice long walks. Take the funicular from Peu del Funicular and get ready to take in some spectacular, crowd-free, views of the city. 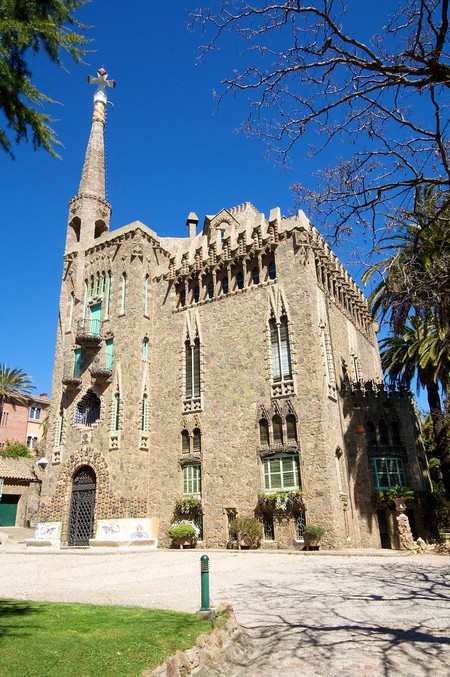 This will probably come as a surprise to most people that come to visit Barcelona (and even, perhaps, to one or two Barcelonians as well), but Antoni Gaudí’s work actually does extend beyond his most frequented buildings in the center. Our first Gaudí stop in Sarrià-Sant Gervasi is, therefore, at the Bellesguard Tower. Once a private residence, this building is now open to those who wish to get a complete view of Modernist architecture in Barcelona. Our second Gaudí stop in this part of the city is, despite its small size, something most Modernisme aficionados would probably still enjoy seeing nonetheless due to its hallmark Gaudí originality. Portal Miralles is just a short walk away from the historic center of Sarrià. Finished in 1902, the wall is, unfortunately, all that remains of the Finca Miralles estate, leaving us only to imagine what splendorous architectural creation it must have been guarding in the past. Those willing to walk just a tiny bit further should take the time to visit Gaudí’s much larger Güell Pavilions, located just beside the beautiful Palau Reial de Pedralbes park barely outside of the official limits of Sarrià-Sant Gervasi. 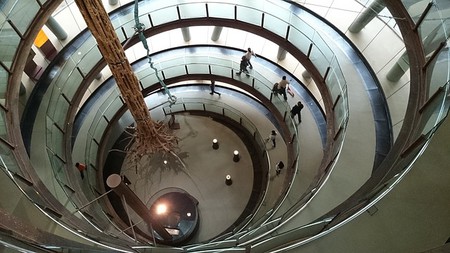 Unlike most of the city’s more well-known museums, Barcelona’s science museum is tucked away in the upper part of town. Don’t let this throw you off. This is a top quality museum that is an absolute must for science lovers. Particularly remarkable is its astonishingly realistic ‘Flooded Forest’, a replica of the amazonian rainforest of Pará, Brazil that includes more than 100 species of animals and plants. Also recommended are its planetarium and its popular Toca Toca (‘Touch, touch’), where visitors are allowed to touch certain plants and animals under staff supervision. 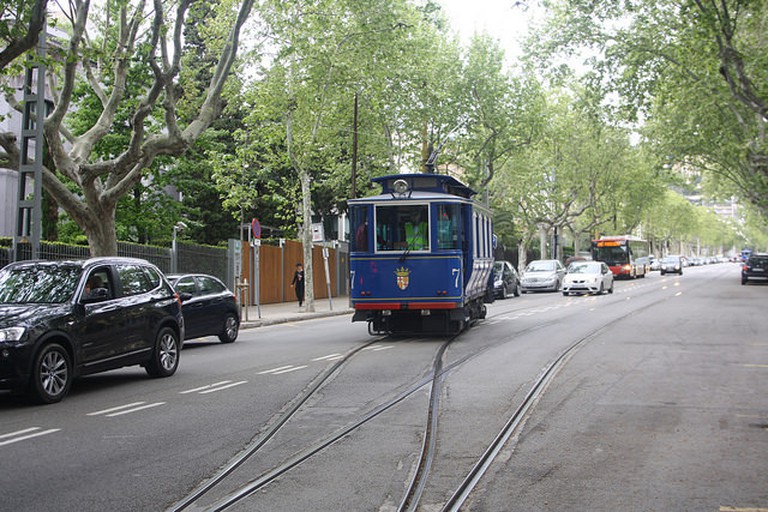 In the uppermost part of Sant Gervasi is the emblematic Avinguda Tibidabo, an expensive-looking avenue located at the foot of the Tibidabo mountain. This street is best known for its magnificent modernist homes commissioned by the turn of the century bourgeoisie as well as for the Tramvia Blau, or ‘Blue Tramway’, that runs up the steep avenue leaving passengers at the Tibidabo funicular that takes them to the Tibidabo amusement park or Sagrat Cor Temple. Mentioned in Carlos Ruiz Zafón’s Shadow of the Wind, this avenue will not disappoint visitors that appreciate tranquility but who also wish to see examples of the beautiful architecture that Barcelona has to offer. 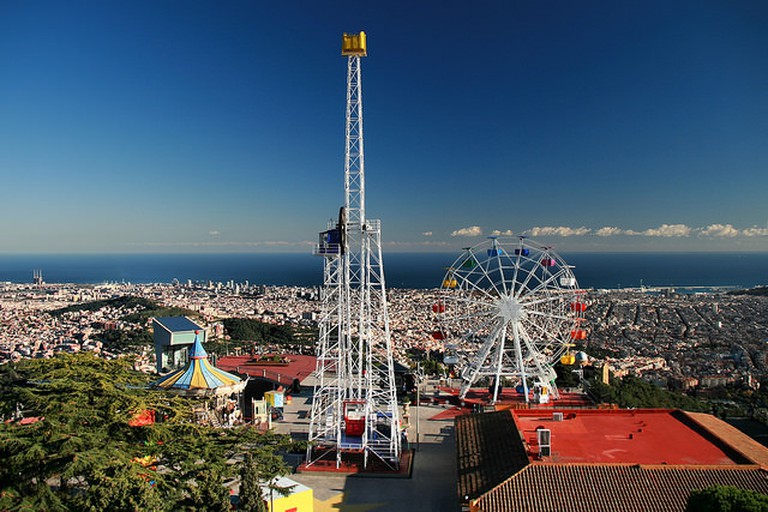 Perched atop the mountain that cradles Barcelona between Collserola and the Mediterranean Sea is the Tibidabo amusement park. This is the oldest amusement park in Spain and is also one of the oldest in the world, having first opened its doors 114 years ago. While its rides may not be the most exhilarating and as such are best for younger children, at 500 meters above sea level the park can still pride itself in what may very well be some of the most breathtaking views of Barcelona, as can be spotted in Woody Allen’s Vicky Cristina Barcelona. For those wishing to check out the area a bit more, the Sagrat Cor Temple is also located in the vicinity.