The Top 6 Places To Watch Flamenco In Barcelona

Originating in the folklore of Southern Spain, around the province of Andalusia, the flamenco art form is believed to have emerged among the gitanos (local traveller groups) in the 18th century. Today, flamenco is recognised as a Masterpiece of Intangible Heritage of Humanity by UNESCO and is one of the most iconic expressions of Spanish culture. While flamenco may not be native to the province of Catalunya, there are a number of prestigious tables (the name for a place where flamenco is performed) across the city for travellers to check out, start off with our selection of the 6 best places to watch flamenco dancing in Barcelona.

Located on the famous La Rambla boulevard, the Tablao Flamenco Cordobes is one of the most popular and highly regarded tablaos in Barcelona. Open since the 1970s, the venue pioneered the flamenco art form in Barcelona long before the city became the popular tourist destination it is today. Proud of its authentic setting, with a cave-like hall where artists perform without microphones or other modern sophistications, the sound of the flamenco is pure and unadulterated. Throughout the years the Tablao Cordobes has welcomed some of the most famous flamenco artists of the time and there are regular performance by artists from across the country. 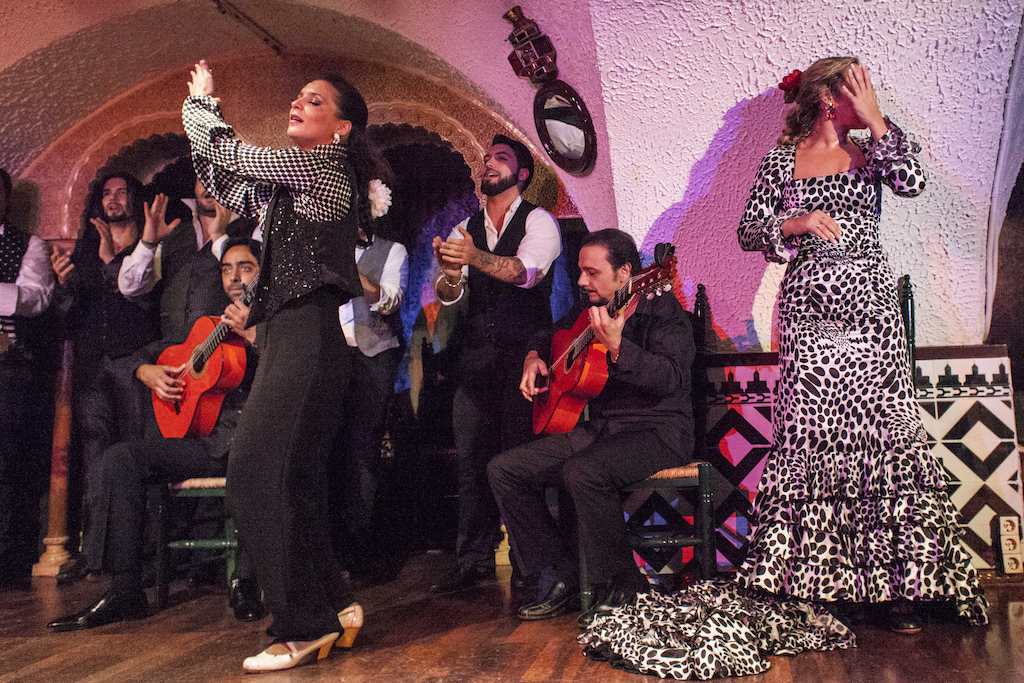 Music Venue, Museum, Theater
This popular venue is located in the heart of one of Barcelona’s most curious landmarks, the Poble Espanyol – a large-scale model village or ‘architectural museum’ built for the 1929 Universal Exhibition. The Tablao de Carmen offers an experience akin to that of an authentic village celebration, as guests gather around large tables for a feast of tapas while the flamenco performers take to the stage just in front of them. Named after one of the most revered flamenco dancers in history, Carmen Amaya, the venue is set on two levels, both giving clear visibility of the stage as well as boasting a charming outside patio that also offers spectacular live music, live dancing and the perfect atmosphere for drinks and dinner.
Looks like it's closed Hours or services may be impacted due to Covid-19
More Info
Open In Google Maps
13 Avinguda Francesc Ferrer i Guàrdia, Barcelona, Catalunya, 8038, Spain
+34933256895
View menu
Visit website
Visit Facebook page
Send an Email
Give us feedback

First opened in 1963 on the iconic Plaça Reial in the heart of the Gothic Quarter, Los Tarantos is one of the oldest flamenco venues in Barcelona, today owned by the popular group Mas i Mas (who also own the famous Moog nightclub and Jamboree jazz club). Having undergone large scale reforms in the eighties and nineties, the venue has a modern feel in keeping with the spirit of the city and forms an integral part of the cultural and nightlife scene around the square. While Los Tarantos may not have the authentic décor and feel of other tablaos in the city, the emphasis is first and foremost on the music and dance as live performances. 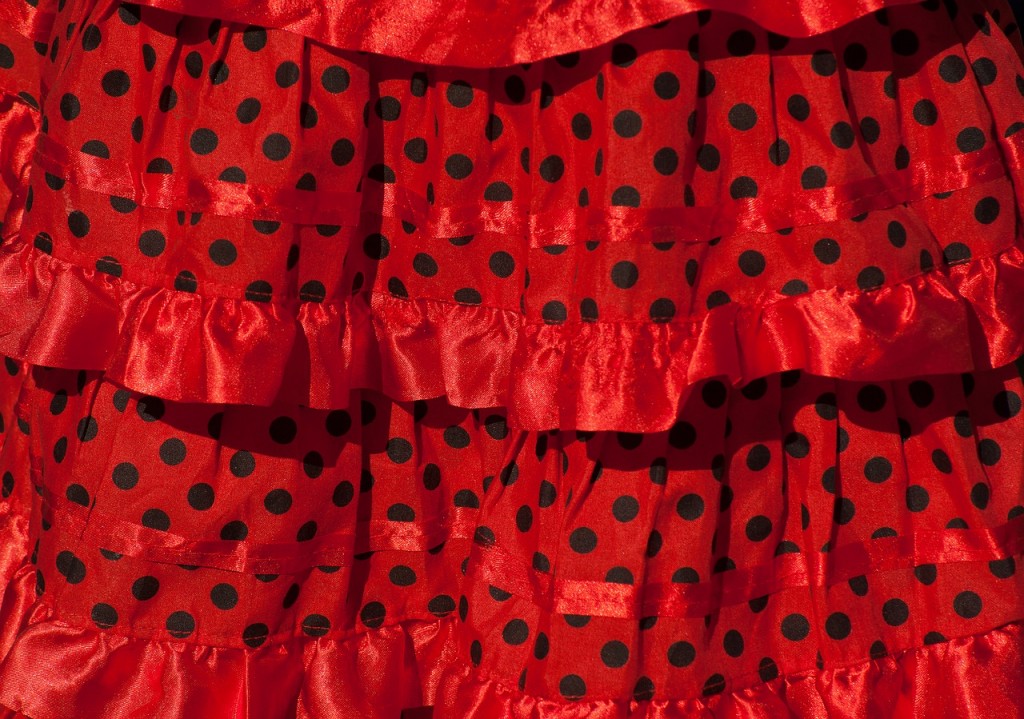 Not exclusively a flamenco venue, the Palau de la Música is one of the most important and prestigious performance halls in Barcelona that regularly hosts some of the most well-regarded flamenco artists. Each season there are a number of flamenco shows by famous artists from across the country as well as the popular Gran Gala Flamenc involving a progressive move through the different palos (the different types of rhythm) of flamenco. Considered by some to be one of the most beautiful music venues in the world, the Palau de la Música offers an altogether unique flamenco experience. 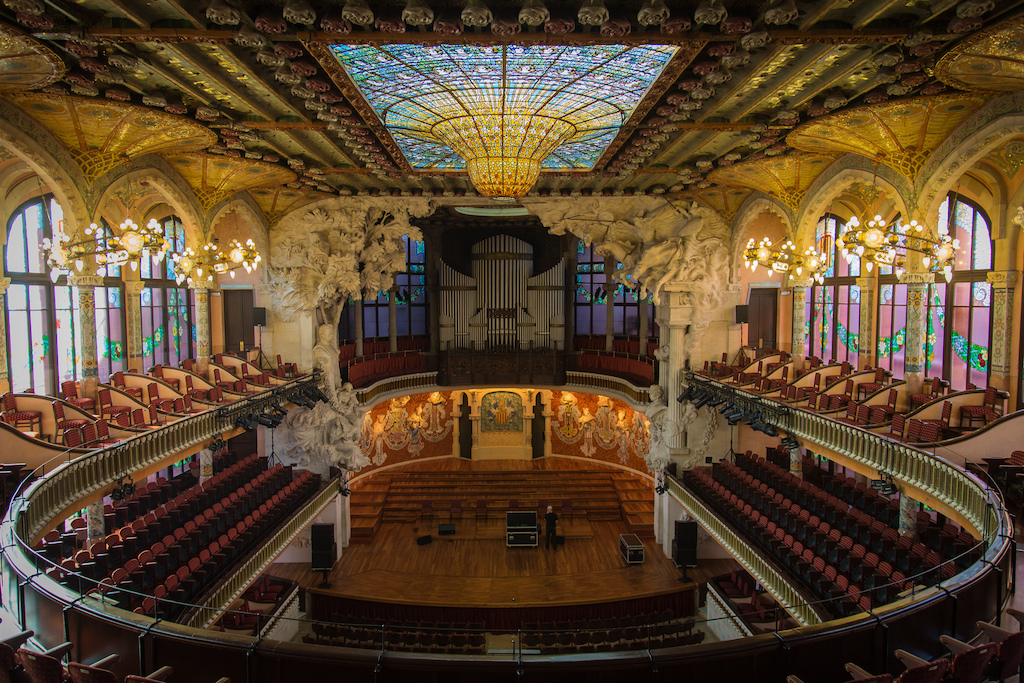 Music Venue, Theater
Flamenco dancers | © Jun
Located in the Eixample district, the Palacio del Flamenco is a popular music venue which has been on the scene since the 1920s. Set out like a theatre with a central elevated stage surrounded by three levels of seating, it is equipped with screens and speakers for those further away from the stage. With a total capacity of 380 people, it is the largest flamenco venue in Barcelona and is open every day of the year. While it may not have the intimate feel of some of the smaller venues, it offers a lively atmosphere and fun, friendly service.
More Info
Open In Google Maps
139 Carrer de Balmes, Barcelona, Catalunya, 8008, Spain
+34932187237
View menu
Visit website
Visit Facebook page
Send an Email
Give us feedback

Music Venue
Not your typical music venue, Robadors 23 is tucked away on one of the backstreets of the Raval and if you didn’t know any better you would be forgiven for walking past it without giving it a second thought. Named after the street it’s located on – which means ‘thief street’ in Catalan, a hint at the former reputation of the area – this small music bar hosts regular flamenco performances at weekends. What it lacks in grandeur it makes up for in atmosphere: the intimate venue, the eager crowds, the relaxed atmosphere, all are reminiscient of the kind of place where flamenco would originally have been performed. The crowd is a mixture of mostly young, music-loving locals and travellers looking for that off-the-beaten-track experience.
More Info
Open In Google Maps
23 Carrer d'En Robador, Barcelona, Spain
View menu
Visit website
Visit Facebook page
Send an Email
Give us feedback