The Top 5 Universities In Barcelona 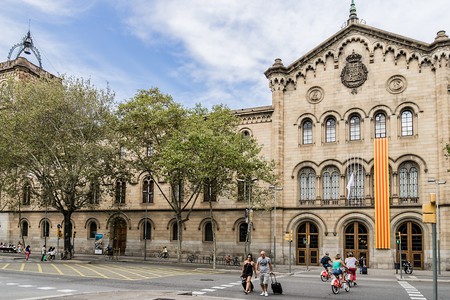 The weather, the nightlife, the art scene, the food, the architecture, the lifestyle… as if we really needed to list all the reasons Barcelona is a great place to live. Fortunately, being home to some of the top ranking universities in Spain and Europe also makes it a great place to study. From centuries old universities to modern campuses specialising in the latest technologies, there are hundreds of courses to choose from. If you’re still undecided, here’s our pick of the best places to study in the Catalan capital of Barcelona.

Established in the year 1450, the University of Barcelona is one of the oldest universities in the world and is not just ranked the best university in Barcelona, but also regularly wins first spot across universities in Spain. The main campus is located in the heart of the city centre, a five minute walk from Plaça Catalunya, and is still housed within the original university building. It offers over 70 undergraduate programs and 350 graduate programs, and is particularly well-regarded for its Life Sciences programs as well as Arts & Humanities. It is by far one of most respected institutions in Spain and UB graduates have some of the highest employment rates relative to their field in the country. 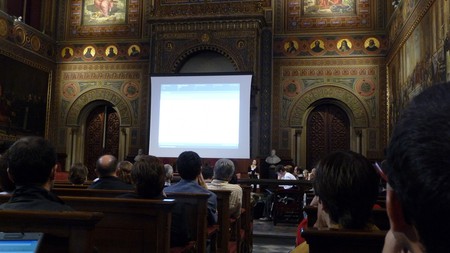 Founded in 1968 while Spain was still under the rule of General Franco, the Autonomous University of Barcelona has pioneered independent and forward-thinking in the world of academia and learning. Located outside the city out Barcelona, near Sardañola del Vallés where it was built as a way of distancing the notoriously rebellious students from the city centre, the university takes approximately 30 minutes to reach by train from the city centre. The university counts amongst its alumni some of the most prominent figures of contemporary Spanish culture and is regarded as one of the finest in the country. The large campus is home to a number of research centres, student residences, libraries and even its very own sweet shop. 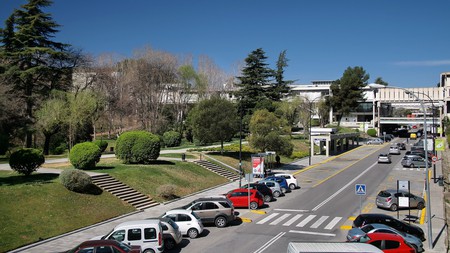 Founded barely 30 years ago, in 1990, the University Pompeu Fabra was selected by the Times Higher Education as one of the seven fastest-rising, young universities in the world. Despite its relatively recent arrival on the city’s educational scene, the university is considered by many in the field of business and academia as one of the best in the country, particularly well-regarded in areas such as business, law and political sciences. The university has three campuses located across the city centre in reclaimed historic buildings that have been transformed into stylish, modern facilities. While the UAB and UB have a long tradition in the humanities and academic research, the UPF is considered by some to be more business and public-life orientated. 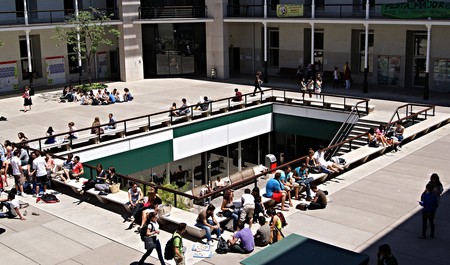 The largest engineering university in the province of Catalunya, the Polytechnic University of Catalunya was founded in the 1970s as the result of the merger of the main architecture and engineering schools. Today, it is ranked the best polytechnic university in Spain and is composed of 42 departments that collectively attract over 30,000 students each year in the fields of architecture, science and engineering. The university prides itself on the high number of international double-degree programs it offers, currently agreed with over 60 foreign universities. Although it has a major campus in Barcelona, it is also composed of schools in other towns and cities across Catalunya, such as Manresa, Castelldefels and Sant Cugat del Vallés. 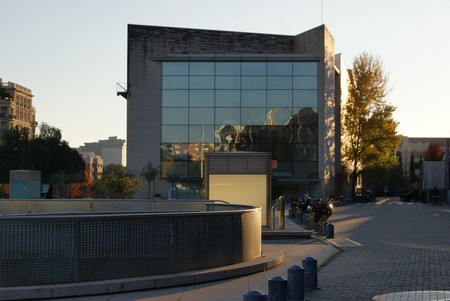 The Barcelona campus of the UPC | © Teresa Grau Ros

Unlike the other universities on this list, the University Ramon Llul is a privately run university that was co-founded in 1990 by a number of existing educational institutions. Today there are a total of 11 universities and schools which make up the University Ramon Llul, including the leading business school ESADE, ranked as one of the best of its kind in the world, as well as the ESDi School of Design. In addition to business and design it also offers courses in philosophy, psychology, sports therapy, engineering and architecture amongst other things. Its strength comes from it collaborative structure, bringing together the best academics and experts from its eleven institutions to offer students the best possible curriculum and learning experience.

The ESADE Law School | © Cuatrecasas Gonçalves Pereira
Give us feedback