The Top 12 Spots to Seek Creative Inspiration in Barcelona

© r2hox/Flickr
From the likes of Pablo Picasso to Salvador Dalí, countless artists have sought creative inspiration in the Catalan capital. Here are some of the best places to visit the next time you need to get the creative juices flowing in Barcelona.

Perhaps the most famous square of all in Barcelona, the Plaça Reial is located just off Las Ramblas, and despite being a popular tourist spot, it has managed to retain its old-world charm. Sumptuous period buildings and covered archways that house many restaurants and bars border the square. The old palm trees offer some respite from the sun in the warmer months, and the outdoor terraces are always buzzing. 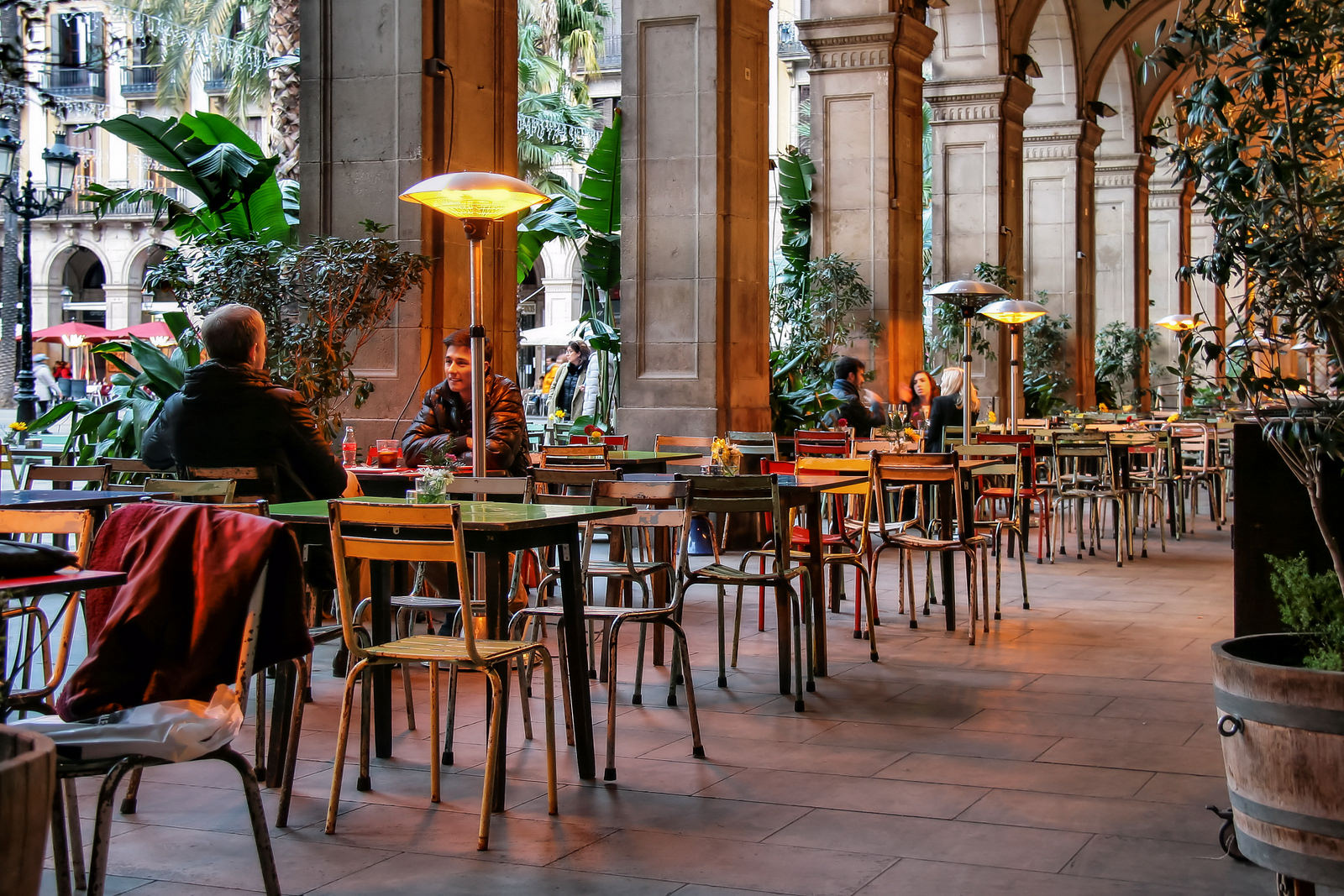 A terrace in the Plaça Reial | © Jorge Franganillo / Flickr

If you’re looking for a quiet corner to be alone with your thoughts, then the Grec Gardens are definitely worth checking out. The gardens are beautifully decorated with orange trees, while palm trees and vines shade the walkways. However, one of the most attractive features of the garden is the large outdoor amphitheatre, which is carved into the side of the hill and makes for a perfect place to sit and ponder under the warm sun. 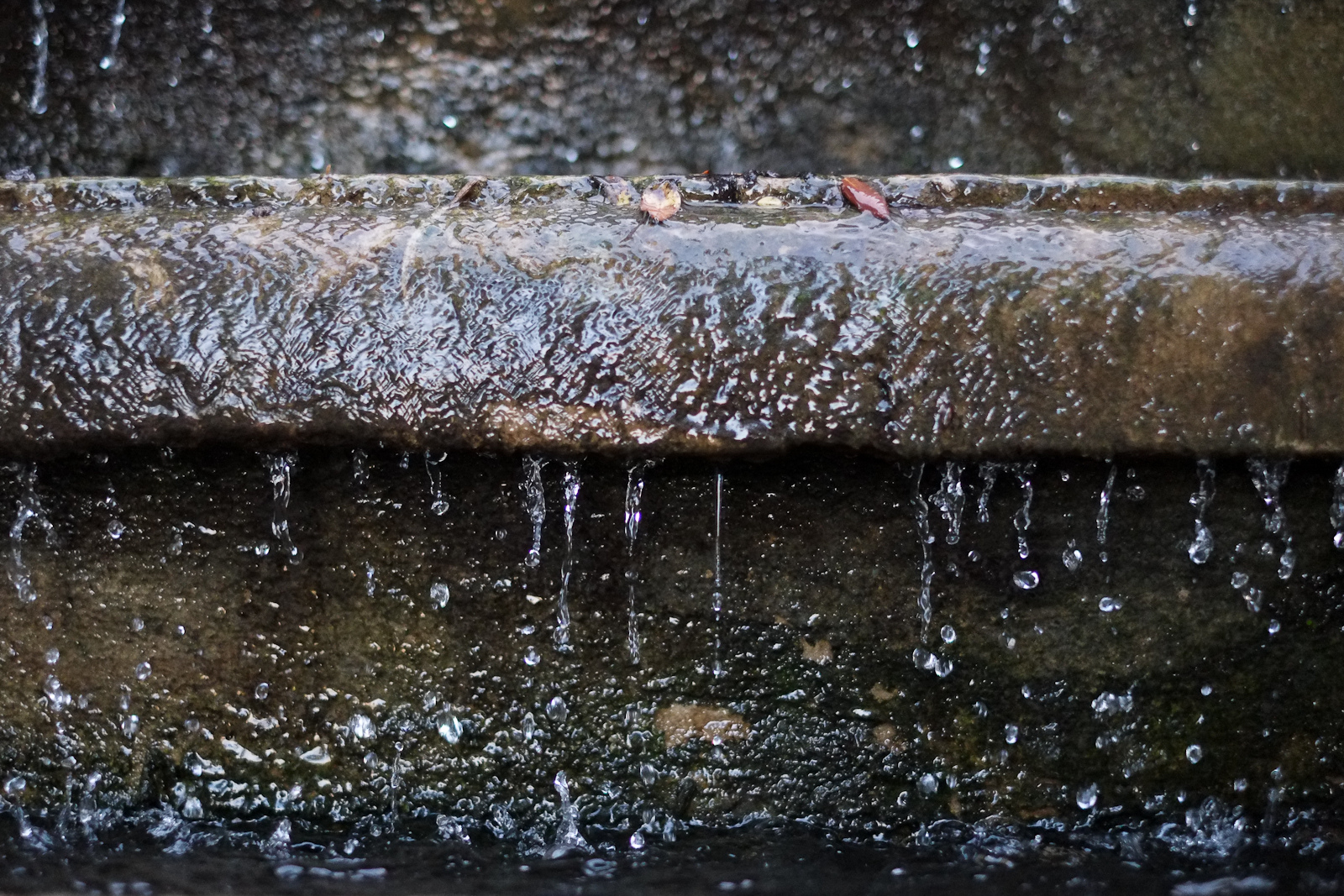 Detail of a fountain at the Grec Garden | © mingusmutter / Flickr

Market, Spanish
A fruit stall at the Boqueria market | © Gustavo Maximo
If you’re the kind of person who needs some sensory stimulation to get the creativity flowing, then a visit to the Boqueria market should do the trick. The most famous of Barcelona’s food markets, the Boqueria is home to dozens of stalls overflowing with fresh fish, fruit, vegetables, cured meats and spices. Take a seat at one of the tapas bars inside the market and feel all five senses be engaged as you soak up the lively atmosphere.
More Info
Open In Google Maps
91 La Rambla, Barcelona, Catalunya, 8001, Spain
+34933182584
View menu
Visit website
Visit Facebook page
Send an Email
Give us feedback

The waterfront in Barcelona is one of the best places to seek inspiration thanks to the sight of the open sky and the blue waves of the Mediterranean. You can walk uninterrupted from the end of the Barceloneta all the way until the Parc del Fòrum near the Poblenou district. Along the way, there are plenty of landmarks to watch out for, including Frank Gehry’s El Peix d’Or and the iconic W Barcelona hotel. The further away from the Barceloneta you get, the quieter the beach will be, and if you want to keep the journey going, just cross over the bridge at Badalona, and you can walk for miles. 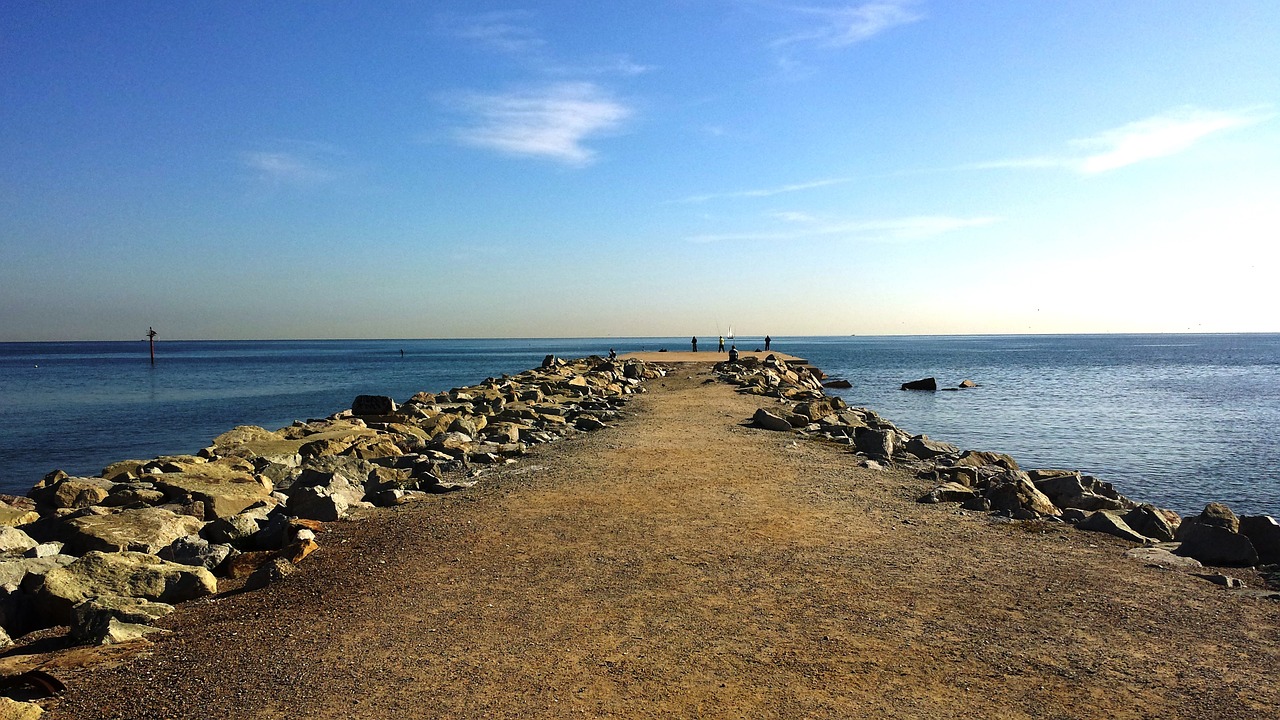 Park
Undoubtedly the most famous park in Barcelona, the Park Güell is one of the masterpieces of Catalan architect Antoni Gaudí. Originally designed to be a modern housing estate removed from the smog and pollution of the city centre, the project fell through and was never completed. However, today, there are the remnants of Gaudí’s visionary Modernist design, including the colourful mosaics of the main square and the ornate columns of the marketplace.
Looks like it's closed Hours or services may be impacted due to Covid-19
More Info
Open In Google Maps
Barcelona, Catalonia, 8024, Spain
+34934091831
View menu
Visit website
Visit Facebook page
Send an Email
Give us feedback

Bar, Pub, Spanish, $$$
Rumoured to have been the preferred drinking spot of Pablo Picasso and Ernest Hemingway once upon a time, the Bar Marsella is also famous for serving absinthe – a strong anise-flavoured spirit that earned the name ‘Green Fairy’ in the 19th century because of the hallucinations it was said to provoke. Step inside the bar today, and you will feel transported in time as the wallpaper and furniture seem to have not changed since the time Hemingway last visited.
More Info
Open In Google Maps
65 Carrer de Sant Pau, Barcelona, Catalunya, 8001, Spain
+34934427263
View menu
Visit website
Visit Facebook page
Send an Email
Give us feedback

The MACBA is Barcelona’s prestigious museum of contemporary art, home to an impressive collection of original artwork by some of the most celebrated artists of the past century. Located in El Raval, the museum building – designed by American architect Richard Meier – is an impressive addition to the urban landscape and a popular hangout for Barcelona’s skateboarding scene. Inside, the museum’s simplistic design only helps accentuate the impact of the work on display and offers a peaceful space for contemplation. 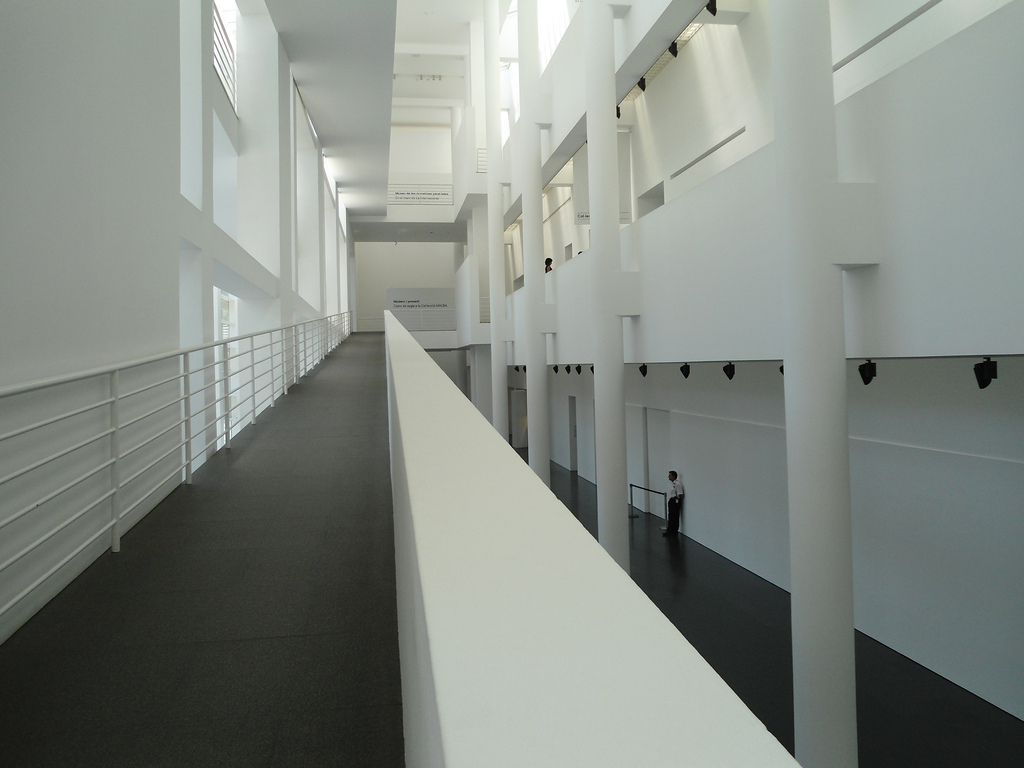 Located just behind Barcelona’s historic university building – which dates back to the 15th century – this charming street is home to many of the city’s unique art galleries. Stretching from just behind the university all the way up into the Eixample district, the Calle Enric Granados is also popular for its many cafés, tapas bars and brunch spots, all of which add to its charm. If you’re interested in contemporary local art, the galleries on this street will offer a great overview of some of the most up-and-coming artists from around Barcelona.

Located on the outskirts of Barcelona, where the city merges with the hills of the Collserola Natural Park, the Carmel Bunkers were for a long time one of Barcelona’s best-kept secrets. A former anti-aircraft military station, the bunkers were abandoned after the Civil War and eventually became a favourite hangout for those looking to escape the hustle and bustle of the city centre. The beauty of the Carmel Bunkers is their impressive 360-degree panoramic view of the city of Barcelona and its surroundings. 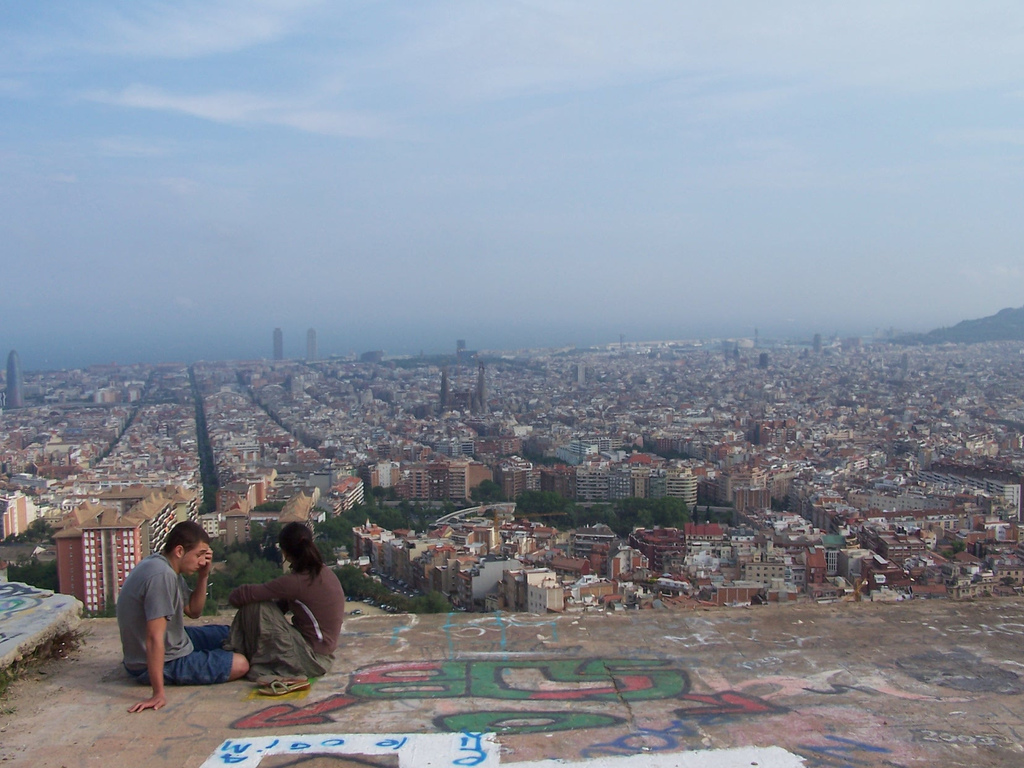 The view from the Carmel bunker | © Graham Stanley / Flickr

Park
Ciutadella Park is brimming with activities | © Steve Allen Travel Photography / Alamy Stock Photo
Located just next to the bohemian El Born neighbourhood, the Parc de la Ciutadella is one of Barcelona’s most beautiful and most popular public parks. As soon as the weather permits it, you will find musicians, artists and street performers along its green walkways, as well as crowds of young people and families who come to soak up the vibrant atmosphere. In the summer, it can get quite crowded, but the edges of the park are usually quieter than the large green banks in the centre.
More Info
Open In Google Maps
21 Passeig de Picasso, Barcelona, Catalunya, 8003, Spain
+34638237115
View menu
Visit website
Visit Facebook page
Send an Email
Give us feedback

If you want to escape the commotion of the city and get a little perspective on life, then set off to the Carretera de les Aigües. This hiking trail is located in the hills of the Collserola Natural Park and goes for some 10 kilometres (6.2 miles) round the outskirts of Barcelona. It is remarkably flat and can be accessed via public transport, meaning you don’t have to worry about steep climbs. However, it offers a stunning panoramic view of the city, and there are large benches at regular intervals so that you can sit and admire the view.

A multi-disciplinary arts centre with a particular focus on innovation and creativity in digital culture, the Arts Santa Monica is one of the city’s most vanguard artistic institutions. There are regular exhibitions and events covering everything from literature to music, design and gastronomy, offering valuable insight into contemporary Catalan culture. 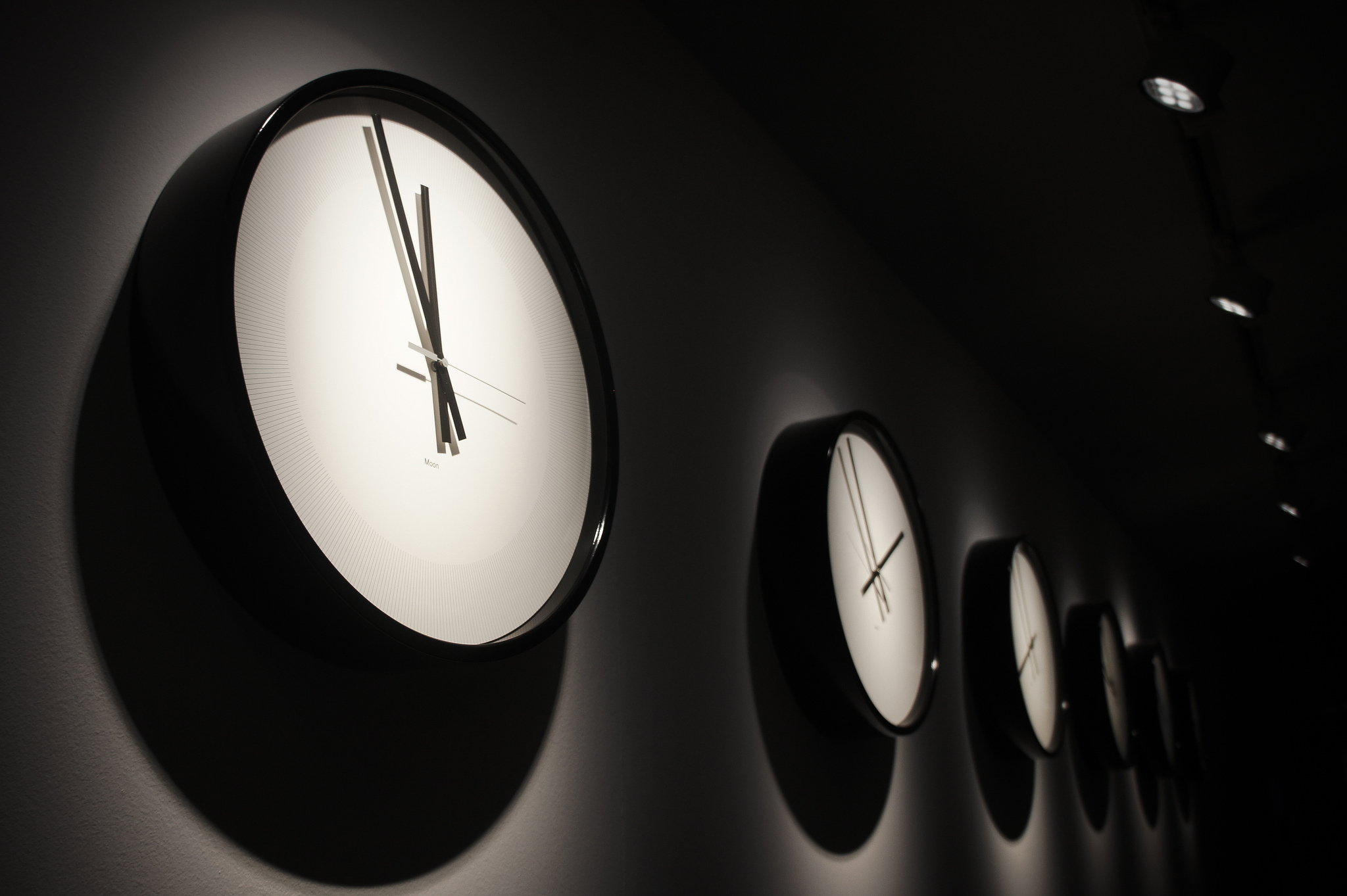