The Top 10 Things to Do in Vilafranca del Penedès, Spain 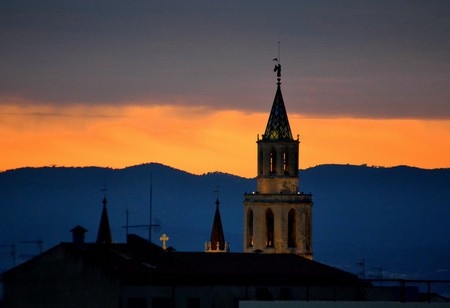 Located some 50km inland from Barcelona, Vilafranca del Penedès is a charming Catalan town which is best known for being the epicentre of Cava production – Spain’s famous sparkling wine. Graced with a quaint old town centre with some notable Medieval landmarks, the town is surrounded by some of the largest Cava wineries in Spain and offers plenty of opportunities for wine tasting and gastronomic experiences.

The town of Vilafranca del Penedès was founded in the 12th century and became an important political and economic centre. Today it boasts a charming town centre with a relaxed, village feel and a number of buildings and monuments which recall its past. Start from the Plaça de Jaume I and let yourself wander along the roads which lead out from the square.

Of course any trip to Vilafranca del Penedès would not be complete without a tour of one of the local Cava wineries. There are a number of well-reputed wineries within very close distance to the town (although the most famous are located around the nearby town of Sant Sadurní d’Anoia), as well as some smaller, more independent wineries such as ArtCava in the Masia Can Battle. A tour will include a visit of the property, an introduction to Cava making methods and of course, a well-deserved tasting. 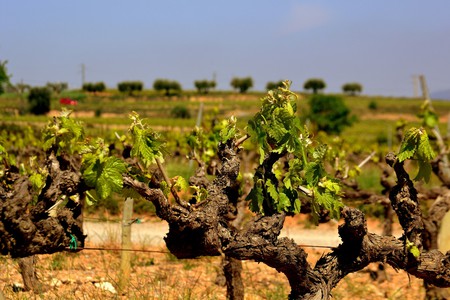 Bike ride in the countryside

The stunning scenery in the countryside around Vilafranca de Penedès is ideal for bike rides, with easy routes for beginners or those looking for a leisurely ride, and more strenuous routes for the more experienced cyclists. Local companies such as El Molí Tours offer both bike hire and organised tours in English as well as Spanish.

Check out the Vinseum wine museum

So important is the tie between Vilafranca and wine that Catalonia’s premier museum dedicated to wine is located here, housed within a former Royal Plaace. Vinseum – a combination of vin, ‘wine’, and ‘museum’ – contains some 17,000 objects related to wine making in Catalonia, covering the introduction of vinification methods by the Ancient Romans up until the current day. 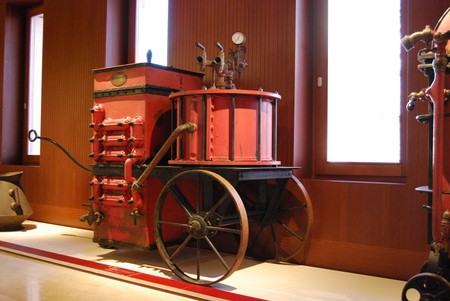 A machine in the wine museum | © Ferran Porta

Shop at the Saturday market

Every Saturday the town centre comes to life as some 200 producers set up shop on the main square of Vilafranca de Penedès from 8am to 2pm. The market is a perfect occasion to familiarise yourself with local produce and buy authentic souvenirs such as cured meats, olive oils and of course, wine.

The most astounding of the historic monuments in Vilafranca, the basilica de Santa Maria is a 13th century Gothich church which was awarded the status of basilica in 1920 by Pope Benedict XV. Just like the famous cathedral of Barcelona, the basilica’s facade is actually a neo-Gothic facade which was added in the 19th century while the lateral sides and interior boast original Gothic features. 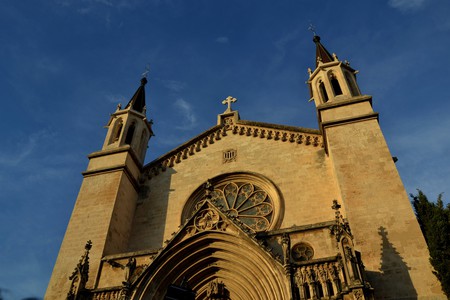 Have a wine tasting at a local bodega

If you’re not in the mood for visiting the wineries, get straight to the business of Cava tasting at a local bodega instead. You’ll be able to get an abridged version of how Cava wines are made and taste the difference between a Brut and Nature style Cavas. Places such as Coupage Vinoteca of the Taverna de Vinseum offer a wide range of local and international wines, including reds, whites, rosés and sparkling wines.

The growth in popularity of Spanish sparkling wine throughout the 19th and 20th century meant prosperity for local wine merchants. The town centre is dotted with remarkable town houses erected by the merchants to attest of their success. Make sure to pass by the Palau del Fraret, Palau Macià, the Casal dels Gomà and the Casal del Marquès d’Alfarràs which are particularly noteworthy. 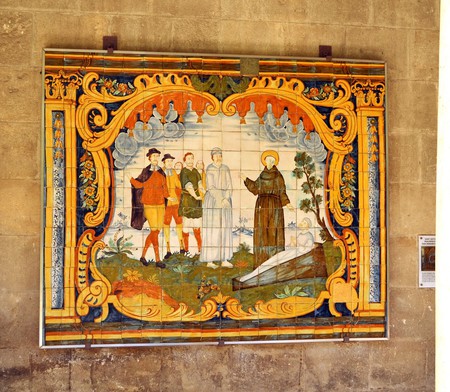 A visit to the ares wouldn’t be complete without the chance to try the local gastronomy and put the local wines to the test. Having opened its doors back in 1982, the restaurant Cal Ton is one of the town’s most well-regarded – having received a mention in the Michelin Guide – and offers a refined selection of dishes grounded in local culinary tradition, including an ample selection of both meat and fish dishes.

They say cemeteries can tell you a lot about a city’s history and the cemetery of Vilafranca del Penedès is no exception. Classed among the Significant Cemeteries of Europe, it boasts ornate mausoleums belonging to some of the town’s most illustrious and affluent figures. Wander along its tree-lined pathways and you’ll be able to piece together the history of this remarkable Catalan town.