The Top 10 Things to Do in Summer in Barcelona 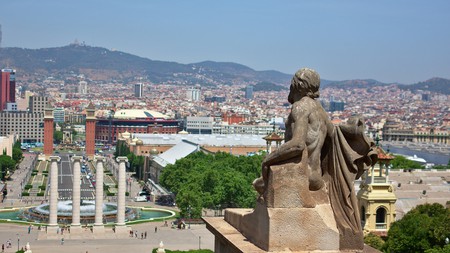 Summer may seem like the ideal time to visit Barcelona, and indeed, you’re almost guaranteed sunny weather. However, you need to keep in mind that many places close in August, and there will be lots of other travellers in the city, too. We’ve compiled a guide to the best things to do in Barcelona in the summertime.

The summer is pretty much the only chance you’ll get to see Barcelona’s Grec theatre burst into life. This open-air amphitheatre carved into the side of Montjuïc becomes the stage for a whole range of music, theatre, circus and dance performances throughout the month of July each year. The Grec Festival‘s program usually features some pretty famous acts, so be sure to book your tickets well in advance.

Day trip to the beach

The Barcelona beaches are ideal for a refreshing dip in the afternoon, but if you want to spend the day on your towel then it’s worth planning a day trip out of the city. There are a number of fantastic beaches located within anywhere between 15 minutes and an hour from the city centre. Just south of the city, Castelldefels offers wide sandy beaches and some good water sports options. To the north, Sant Pol de Mar is a scenic seaside town with some excellent beachfront restaurants. 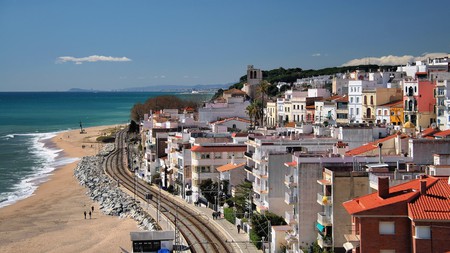 Brunch In The Park Barcelona

Barcelona is famous for its music scene, with festivals like Primavera Sound and Sónar drawing in some of the biggest international DJs and bands. Throughout the summer, Brunch In The Park is a series of mini-festivals taking place on Sunday afternoons, with some of the best electro, techno and house DJs of the moment. Party all afternoon and still be in bed by midnight (if you want to).

If you want peace and quiet, there’s nothing quite like the gardens on Montjuïc on a warm summer’s evening. Montjuïc is home to a number of beautiful gardens such as the Grec Garden, the Laribal Garden and the Mossen Cinto Verdaguer Gardens. As they are harder to access than the Ciutadella Park, these gardens tend to be a little quieter and are great for a romantic afternoon. 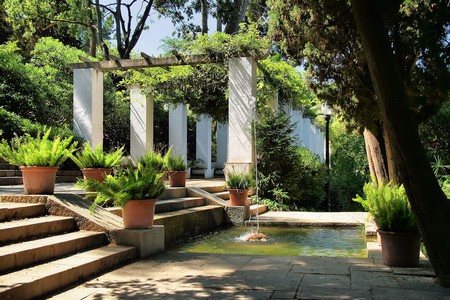 If you want somewhere to cool down in the city, but don’t like the thought of the sand in your shoes and the salt in your eyes, the Montjuïc swimming pool is for you. Located on the slopes of Montjuïc, this municipal swimming pool was used as the diving pool for the 1992 Olympic Games. It was also used by Kylie Minogue in her ‘Slow’ music video, owing to its absolutely amazing vistas of the city. It’s open from July to September.

The Ciutadella Park is perhaps the city’s most famous green space, after the Park Güell, which is best avoided in the summer heat, and is located just next to the trendy El Born neighbourhood. The park is popular with jugglers, acrobats, musicians and other street performers and is usually busy with picnickers as soon as the sun is shining. Be sure to check out the water fountain, which bears a striking resemblance to Rome’s Trevi Fountain. 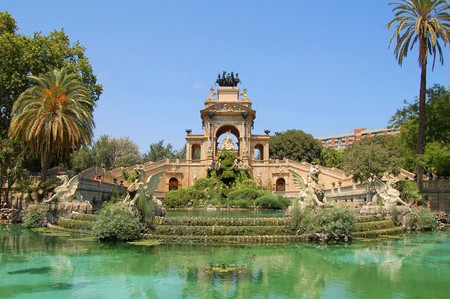 The summertime sees a number of open-air cinema events cropping up across Barcelona, making the most of those warm summer evenings. The Cinema Lliure is a free indie film event which takes place on the beach and features independent films from around the world. Seating is first come, first served and all you need to be comfortable is a beach towel, a couple of beers and your picnic.

One of the biggest jazz festivals in Barcelona, the San Miguel Mas i Mas Festival is organised by the owners of Jamboree, one of the city’s most famous jazz clubs, located on the Plaça Reial. Every year the festival hosts some of the biggest names from the jazz world, and previous years have featured musicians such as Buena Vista Social Club, Jerry González and Paco Ibáñez. 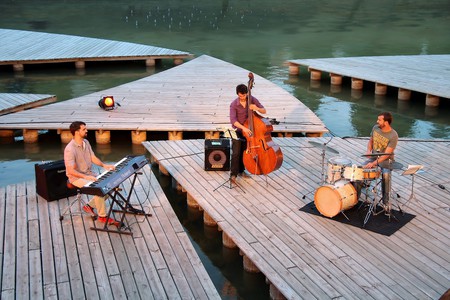 The warm months are when locals go crazy for horchata, a creamy drink made from a plant called the tiger nut. This sweet, rich drink is often drunk as a refreshing snack when the weather is just too hot to face food. One of the best horchaterias in Barcelona is called Orxateria Sirvent and is located in the trendy neighbourhood of Sant Antoni; they do incredible homemade ice-creams, too.

If August is generally the month locals go on holiday, those that do stay around will almost certainly make a trip to the Festa Major de Gràcia. The biggest and most famous of the city’s neighbourhood street parties, the Festa Major de Gràcia is a full week of live music, dances, public feasts and some pretty crazy street decorations. All events are free, except the food and drinks, and it’s a great way to see how the locals celebrate. 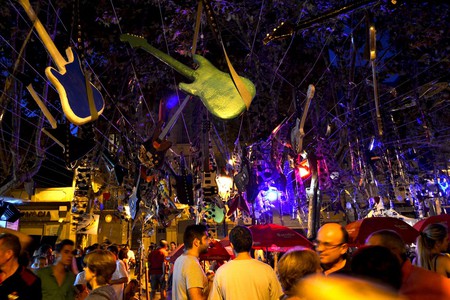