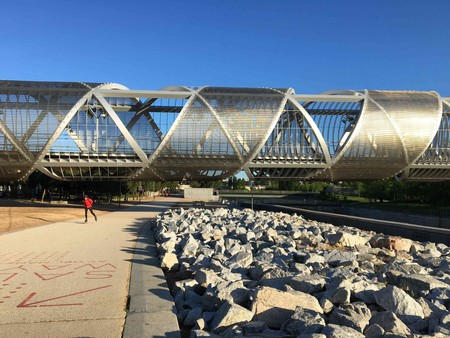 Madrid Río Park, a huge project to renovate the city’s former industrial riverside, was completed in 2011, and today, is one of the best places in the city for sport, a weekend stroll or to check out some under-the-radar cultural highlights. Within walking distance of the centre yet left off many city guides, the park is a great local spot to explore and also gets you out of the hustle and bustle of the city centre.

Madrid’s former slaughterhouse, set along the banks of the river Manzanares, is now a huge cultural hub, home to Spain’s only cinema dedicated to documentaries, as well as exhibition spaces, a restaurant and regular outdoor markets. The complex was built at the beginning of the 20th century in a neo-Mudejar style, taking influences from Islamic architecture and weaving them into a Spanish design. There are regular concerts, theatre productions and workshops in the Matadero – check its website for upcoming events. 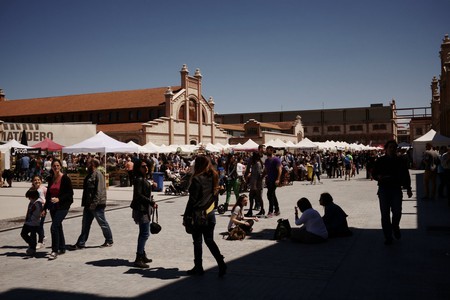 One of the most stand out bridges across the river is the Arganzuela footbridge, a huge spiral steel tube that links the neighbourhood of Arganzuela, north of the river, with that of Carabanchel, to the south. The bridge is covered in silver mesh, which acts as a protective cover from the weather. It was designed for the new Madrid Río Park by the French architect, Dominique Perrault.

Drink on a terrace

The riverside is dotted with kiosks with outdoor terraces, the ideal place to stop for a drink and a snack. In summer, have a tinto de verano (summer wine), red wine mixed with lemon, a more local version of sangria.

The wide paths either side of the river stretching for six kilometers, are a great place to cycle; you don’t have to worry about traffic and can cycle to areas including the Matadero or the Casa de Campo, Madrid’s biggest park with an entrance just off Madrid Río. There are several bike rental companies along the river, including Eco Moving Sports (€5 for an hour, €10 for two hours), which also rents out roller blades, tandems and go-karts. You can also rent bikes from the Matadero (from €6 per hour, Tues-Sun, 11am-2.30pm, 3pm-8.30pm). The Matadero also offers a cool ‘Bike-Picnic’ package (€19) which includes three hours’ rental, as well as a picnic to take with you on your travels. 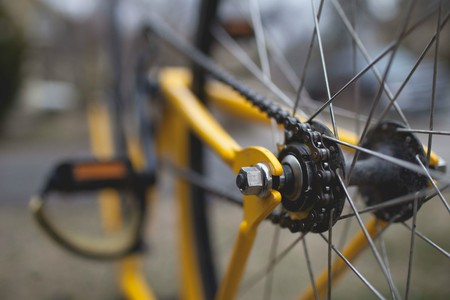 This huge shopping centre, just over the river from the Matadero, opened at the end of 2017, and has 160 shops across its 40,000 square metre space. There is a food court on the ground floor, and restaurants on the top floor with views across the river. Head to the top of the shopping centre for some great views from the Mirador de Plaza Río 2 (Plaza Río 2 Viewpoint). Children will love the huge play area that includes walkways between the buildings.

While Madrid Río Park may be a recent project, there are several historic sights along the river that have been unchanged for centuries. The Puente de Toledo, at the end of Calle de Toledo, is an intricate Baroque-style bridge built between 1718 and 1732 by architect Pedro de Ribera. Look out for the statue of Madrid’s patron saint, San Isidro, performing his supposed miracle of saving his son by raising the waters of a well. At the end of Calle de Segovia is the Puente de Segovia, an even older bridge, commissioned by Philip II and built between 1582 to 1584 by Juan de Herrera, who also designed the Monastery of San Lorenzo El Escorial on the outskirts of Madrid. 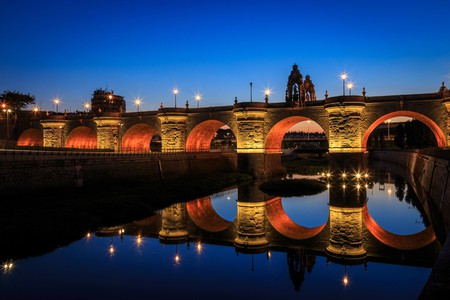 Football fans can pay homage to the beloved former home of Atlético Madrid, the Vicente Calderón Stadium, which sits on the northern bank of the river just west of the Puente de Toledo. The stadium was built in 1966 and was home to the team until it moved to the new Wanda Metropolitan stadium in 2017. One curious detail you can see from the riverside is the motorway that runs right under the stands of the stadium. 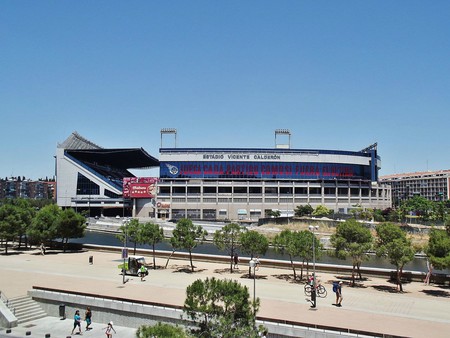 Madrid Río Park, with 17 different play parks along its route, is a paradise for children. The parks, which feature slides built into rock, zip wires, swings and huge climbing frames, are all built with natural and sustainable materials and, because there are so many, there are ample opportunities to stop en route for a good old play. Adults may just have to find an excuse to join in.

Picnic at the ‘beach’

In summer, one area along the park, between the Arganzuela footbridge and the Matadero, turns into an urban ‘beach’ by turning on a huge fountain where kids – and adults – delight in running through the cooling sprays of water. Many locals take their beach towels and lay around the fountain, or on nearby grass. The park is also a great area for picnics, with enough green space that you are never on top of someone else. 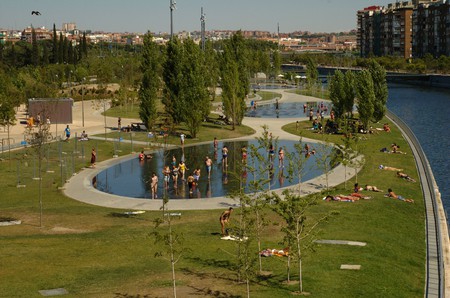 Skateboarders, BMXers, rollerbladers or those who like to scoot should head to the park’s skate park, a concrete area of half-pipes, jumps and rails ideal for trying out new tricks. There is also a beginners area if you’re just starting out and plenty of locals, making for a lively, fun atmosphere.