The Top 10 Things to See and Do in Córdoba, Spain 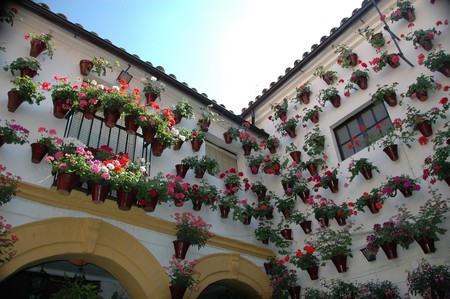 Boasting a fascinating and multi-faceted history, Córdoba is one of the most popular tourist destinations in Spain. From its iconic Mosque-Cathedral to the beautiful flower-adorned patios open to the public every May, this is a city with something for everyone. Read on for the 10 best things to see and do in Córdoba.

Going to Córdoba and not visiting the Mezquita-Catedral would be like leaving the Alhambra out of a trip to Granada: it is the city’s greatest monument. After the Moors captured Córdoba in 711, what had previously been a Visigoth Christian church was split in two and used by both Christians and Muslims as a place of worship. But in 784, on the orders of the Emir Abd al-Rahman, the church was destroyed and work began on a great mosque. Construction lasted for over two centuries and the building was eventually completed in 987, by which point Córdoba was the most important city in the Islamic Kingdom. When the city was reclaimed by Christians in 1236, the mosque was converted into a church, and in the 16th century Charles V added a Renaissance nave on top of the Moorish structure. The hybrid structure that resulted has fascinated, outraged and confused in equal measure ever since. 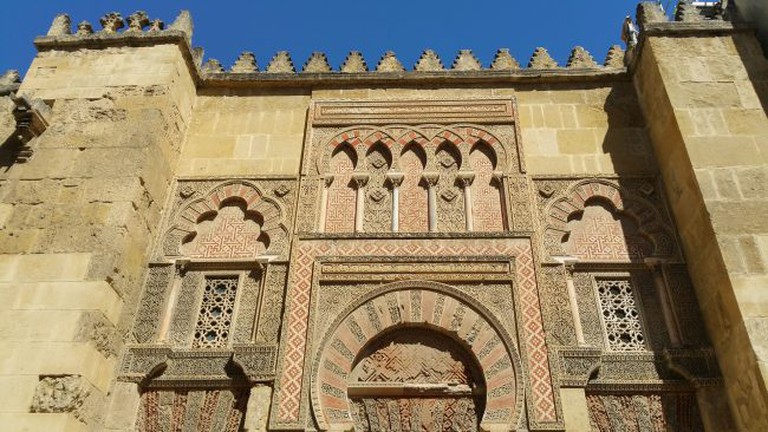 Córdoba’s Mosque-Cathedral takes some beating as a historical attraction, but Medina Azahara – situated some 8km (5 miles) outside the city – is just as intriguing. In the middle of the 10th century, ‘The Shining City’ was the adminstrative capital of Al-Andalus, as Moorish-ruled Spain was then known. Construction started in 936 on the order of the Umayyad Caliph of Córdoba, Abd-ar-Rahman III al-Nasir. Additions and alterations continued for decades, but in 1010 Azahara was looted and thereafter stood deserted for centuries. Its remains were not discovered until the beginning of the 20th century and, although they only account for about 10% of the original city, they nevertheless give you a good idea of just how magnificent Medina Azahara must have been. 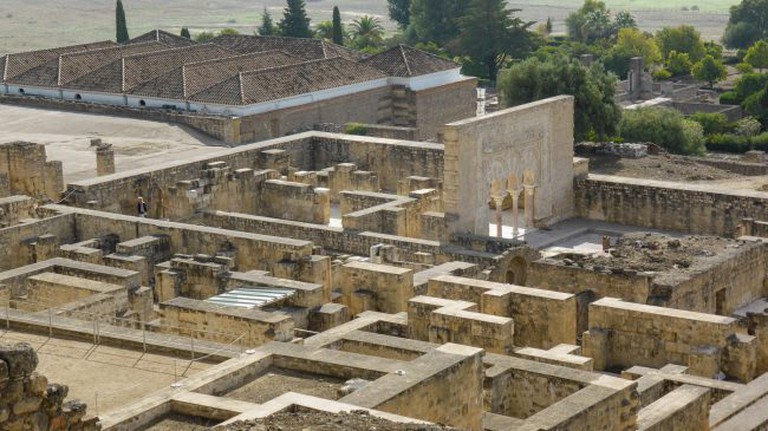 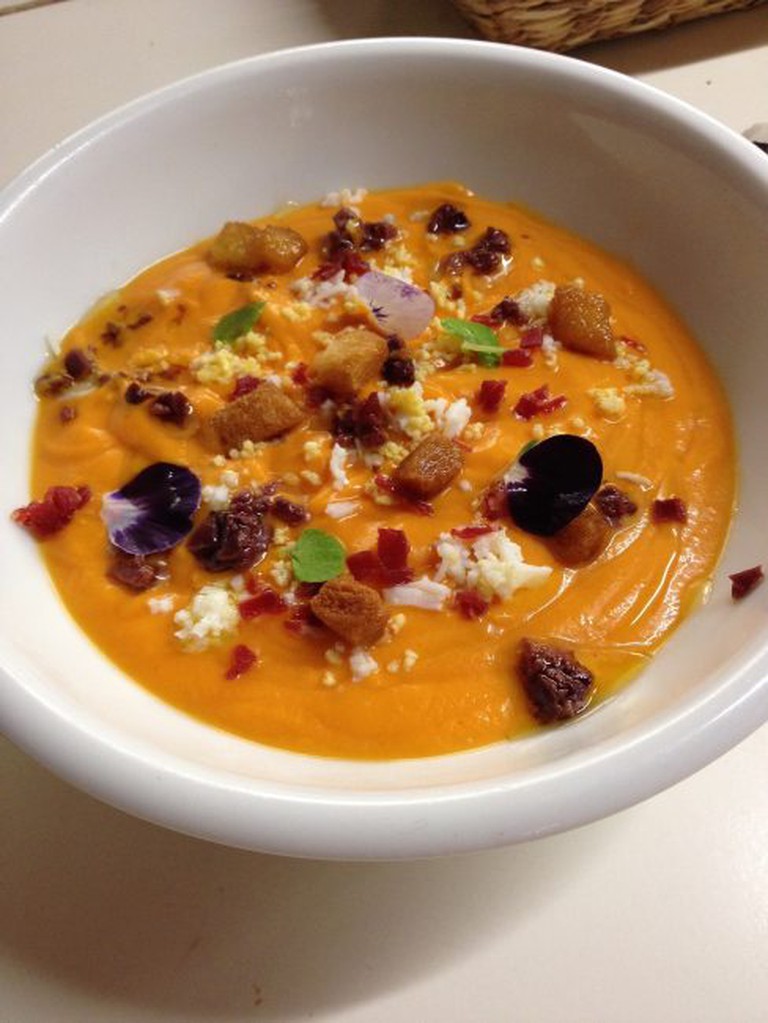 Try salmorejo - the city's most famous dish | © mlgutierrez820/Pixabay
Given that Córdoba is the warmest city in Europe, sightseeing here in spring and summer can be seriously thirsty work. Luckily, the old part of the city is absolutely stuffed with bars that might not look like much from the outside, but which serve some of the best tapas in town. These old-school places are usually full of locals – always a good sign – and are worth it for their wonderfully chaotic atmosphere as well as for the unbelievably cheap home-cooked food. A must-order in such places is salmorejo – a more substantial version of gazpacho that originated in Córdoba. Particularly good is Taberna La Sacristia near the Palacio de Viana, where you can gaze upon walls plastered with antique bullfighting paraphanelia as you refuel.
Open In Google Maps
3 Calle Alarcón López, Córdoba, Andalucía, 14001, Spain
+34677786222
Give us feedback

One of the pleasures of visiting Córdoba is being able to view monuments from all three of its most defintive epochs: Roman, Moorish and Christian. It was not until the 1950s, when Cordoba’s town hall was being expanded, that the remains of what was probably the city’s most important Roman temple were discovered. It was built during the reign of Emperor Claudius in the middle of the 1st century AD and was renovated in the 2nd century AD. Of its giant columns, 10 remain, reaching up into the sky amid modern apartment blocks and offices. Archaeologists have theorised from the quality of marble and workmanship used in the construction of the temple that it must have been a particularly impressive structure, perhaps even one of the most beautiful in the Roman Empire. 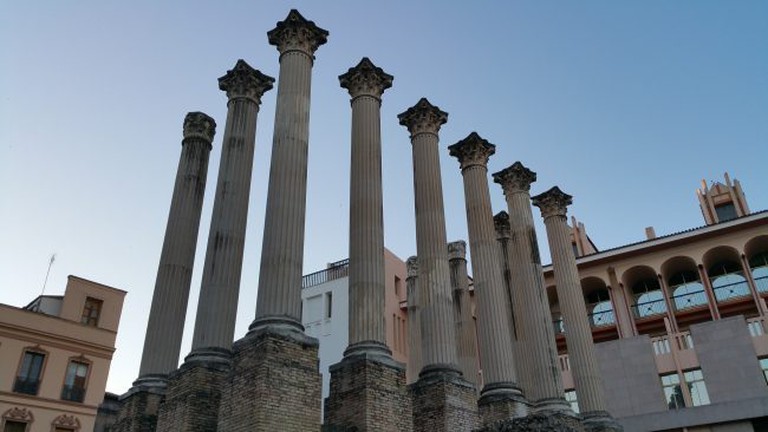 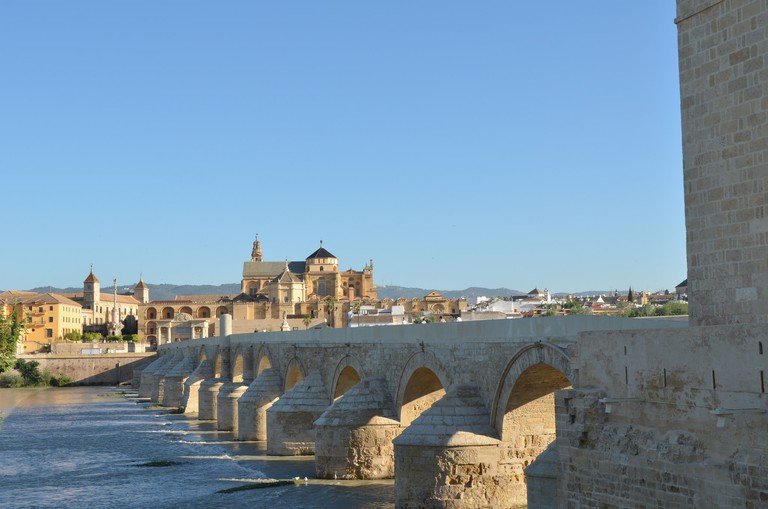 Córdoba's Roman bridge | © Javier Orti/flickr | © Javier Orti/flickr
The city’s famous Roman Bridge, or Puente Romano, dates from the 1st century BC and was extensively rebuilt in the 10th century during the Moorish occupation of the city. Sitting low over the opaque waters of the Guadalquivir, which flows down all the way through Andalusia and out into the Atlantic, it is supported by 17 stone arches, of which just two once belonged to the original structure. The middle of the bridge, next to a 17th-century statue of Saint Raphael, is the perfect spot from which to survey Córdoba and the green, hilly countryside that surrounds it: it’s a perspective that even locals stop to enjoy while walking over the Puente Romano.
Open In Google Maps
s/n Avenida del Alcázar, Córdoba, Andalucía, 14003, Spain
+34957499900
Visit Website
Give us feedback

Córdoba’s prettiest and most unique attractions arose from architectural necessity. The city is one of the hottest in Europe during the summer months, when temperatures frequently exceed an insufferable 40°C (104°F), so it has always been essential for its inhabitants to have a cool retreat for the middle of the day. As far back as the Roman occupation of Córdoba, houses were built with an internal, open-aired atrium, which was protected from the sun on all sides by thick stone walls. Over the centuries, these havens of cool and shade were decorated with flowers, plants and fountains – a practice that was refined during the Moorish occupation of Córdoba. Since 1918 the Feria de los Patios, as it’s called, has been sponsored by Córdoba’s town hall, which offers a prize for the prettiest patio. 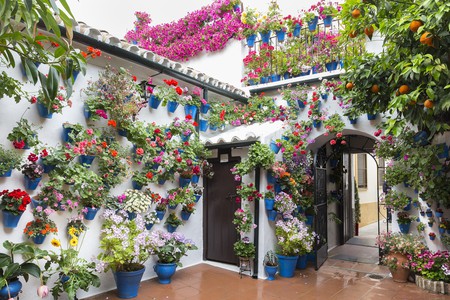 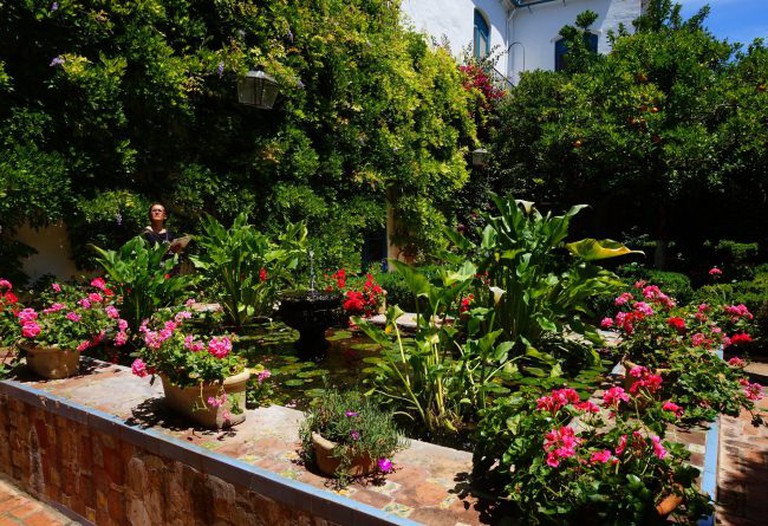 Colourful gardens in the grounds of the Palacio de Viana | © Encarni Novillo
The star of Córdoba’s patios feria is the elegant 15th-century Palacio de Viana, a vast building that has been used over the centuries as a residence for Spanish royalty. For an admission price of €5 (US$5.56), you can visit Viana’s 13 patios and gardens. Intricately designed and aromatically populated with colourful plants, flowers and trees, these are some of Córdoba’s most gorgeous public spaces. Allow a good hour to slowly wander around these scented, romantic spaces, peering in through the palace’s old windows as you go; another age of louche affluence and amorous intrigue, once played out amongst Viana’s orange trees and jasmines, comes instantly back to life.
Open In Google Maps
2 Plaza de Don Gome, Córdoba, Andalucía, 14001, Spain
+34957496741
Visit Website
Give us feedback

The annual patios feria and the Palacio de Viana aren’t the only opportunities for seeing the famous flowers of Córdoba. A stroll down most streets in the old quarter will take you past several gorgeously-decorated building facades, but on the Calleja de las Flores every single house looks like something out of a fairytale. Situated just north of the Mosque-Cathedral in the heart of the old town, this sweet-scented, colourful little street is the prettiest in Córdoba – and in a city where every other house is worthy of being on a postcard, that is quite a compliment. 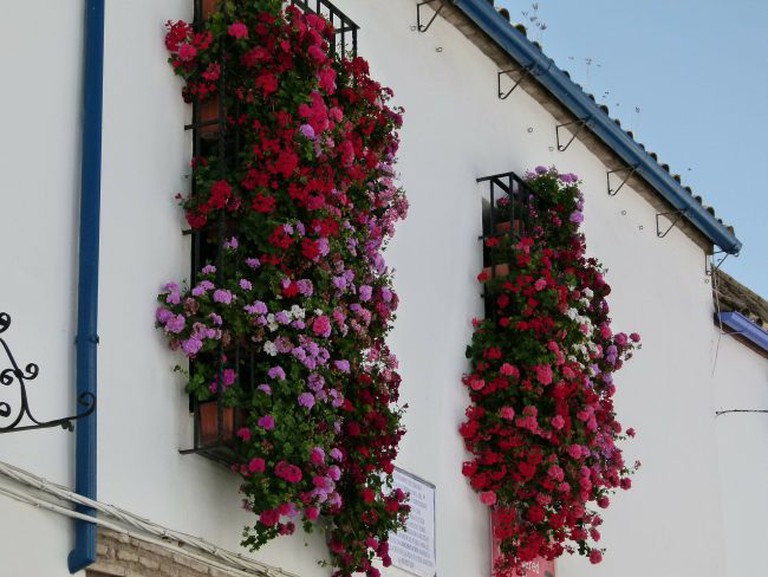 Often overlooked in favour of the Mosque-Cathedral, the Castle of the Christian Kings is one of the city’s key architectural landmarks. As its name suggests, the construction of this royal palace was ordered by the Catholic King Alfonso XI of Castile in 1328 but – as is so often the case in Andalusia – it was built among the ruins of a vast Moorish fort. In the late 10th century, when the Islamic Kingdom was at the height of its powers, Córdoba was the kingdom’s – and indeed one of the world’s – great intellectual cities, and the Alcazar housed the largest library in the west. Alfonso used only a fraction of the remains of the original Moorish structure in building the Alcazar, but he chose a Mudejar style, so the Moorish feel of the site has been preserved. 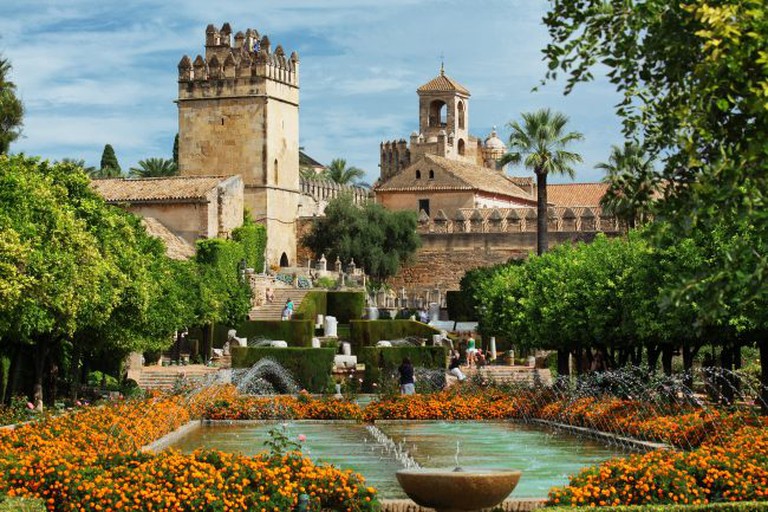 Córdoba is steeped in bullfighting history, and you can visit a monument of its most famous matador, Manolete (1917-1947), in Plaza del Conde de Priego in the old town; right opposite the square is Iglesia Santa Marina, where many Córdobese bullfighters have been married. Also well worth a visit is superb Museo Taurino, or bullfighting museum, which offers a fascinating insight into this controversial spectacle.