The Best Things to See and Do in Benidorm, Spain 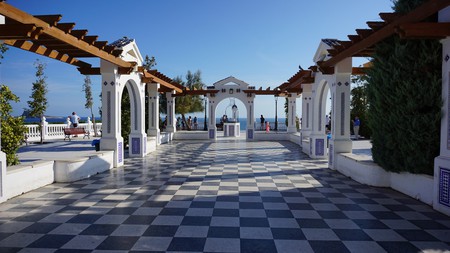 There’s much more to this former Costa Blanca fishing village than beaches, sangria and clubbing. Here’s our guide to the best of Benidorm, from tapas bars in the Old Town to secluded swimming coves.

Situated between Alicante and Valencia, Benidorm led Spain’s emergence as a tourism superpower in the early 1960s. It’s now one of the largest and loudest resorts in Europe, but there is plenty to keep you occupied beyond the usual booze and activities. Spot tigers at the local zoo, ride rollercoasters, and charge downhill on a mountain bike on your next trip to the Costa Blanca.

Terra Natura is a zoo and aquatic park, situated a 10-minute drive out of central Benidorm. Among its residents are lethal experts in the arts of camouflage and poisoning, including tarantulas, emperor scorpions, dyeing dart and leaf frogs, plus various types of rattlesnakes. Endangered species on display include the Indian rhinoceros, the Bengal tiger and the Asian elephant. Once you’ve met the animals, head to the slides, rides and pools of Adventure Island.

Just to the north of the busiest beach in Benidorm is Cala Tio Ximo, a 60m-long (197ft) cove of white sand and see-through waters. Walled in by cliffs beneath the Sierra Gelada viewpoint, it’s a popular spot for snorkelling, as you can see straight down to the sea bed while hovering near the surface. There’s also a nudist section in the middle of the cove. Access is easiest on foot, either from the Gelada Mirador or from Playa de Levante (both via Calle Dos Calas).

The most popular beach in Benidorm stretches over 2km (1.2 miles), between the Mediterranean Sea and a mini-Manhattan of apartment blocks and hotels. It’s as well-serviced as you’d expect from one of the busiest resorts in Europe, with thousands of loungers and parasols for hire, showers, kids’ playgrounds, watersports areas and even a beach library. It also backs onto a promenade lined with chiringuitos (beach bars), British-style pubs and restaurants serving every kind of cuisine imaginable.

Fill your boots on Tapas Alley

Calle Santo Domingo, which runs through the centre of Benidorm’s Old Town, is informally and deservedly known as Tapas Alley. In contrast to the seafront promenade, where international cuisine dominates, this area is packed with bars offering Spanish classics such as patatas bravas (fried potatoes with a spicy tomato sauce), gambas al pil pil (prawns in garlic and paprika) and albondigas (meatballs) in almond or tomato sauce. Wash them down with cañas (small beers) or vino tinto or blanco (red or white wine).

Park
Facebook
Email
Twitter
Pinterest
Copy link
Share
Classical antiquity is the backdrop for water-orientated silliness at Terra Mítica, an aquatic theme park located just outside Benidorm. Its three separate areas take inspiration from ancient Greece, Rome and Egypt respectively, offering shows and rides designed to make you feel like a citizen of each epoch. Test your nerve on roller coasters such as Inferno (Rome), slay mythical beasts in the Labyrinth of the Minotaur (Greece), or simply relax on the River Nile (Egypt). Also onsite are shops, cafes and restaurants and a four-star hotel.

The Cross of Benidorm was carried to the top of the Sierra Gelada by an outraged bishop in 1961, as a protest at the newly permitted bikinis on Benidorm’s beaches. It still maintains a disapproving vigil over the hedonists below. From here, you can survey Playa de Levante and the thicket of skyscrapers behind it (Benidorm has more high-rise structures per person than anywhere else on Earth). A 5km (3mi) walk to the cross and back starts on the promenade.

Held over three days at the end of July and beginning of August, the Low Festival is one of the top outdoor music events in Europe – much like Glastonbury, but with more space and better weather. Around 70 international artists and bands perform pop, rock and electronic music across several stages, which are set in a green area located 20 minutes on foot from Benidorm’s Old Town. Book a VIP Pool ticket, which includes access to a pool and special spectator area as well as unlimited beer.

Just inland from Benidorm is the Sierra Aitana mountain range, home to striking limestone formations and the highest peak in Valencia, from which Ibiza is visible. To effortlessly explore this protected area, join one of the guided downhill biking excursions. They start at the top before you get to glide through villages such as Penguila, Alcoleja and Sella over a distance of at least 30km (18.6mi). Safety gear, water, bikes and end-to-end transportation are included.

At the point of the promontory between the two beaches sits the little terrace of Plaça del Castell, with its iconic chequerboard tiles and white balustrades. It’s on the site of the former Benidorm castle, which stood here for centuries before it was destroyed in the Napoleonic wars. Drink in the sun-soaked panoramas on both sides, and top it off with sangria from one of the perfectly positioned bars.

If you’re looking for a fun place to cool off in Benidorm, head for the famous Aqualandia, one of the oldest (but also best) water parks in Spain. It grows a little almost every year and is filled with rides, slides, Jacuzzis and pools with desalinated water straight from the Mediterranean. Don’t miss the huge wave pool, which is big enough for thousands of people.