PROFILE
EUROPE
/
SPAIN
/
Things to Do

The Top 10 Things to Do in Spain’s Sierra Nevada 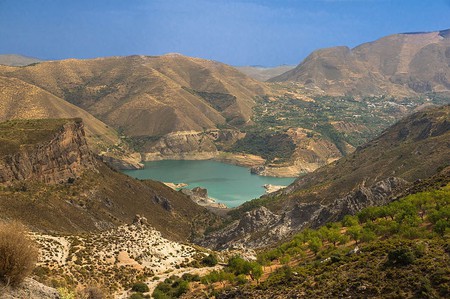 Situated just outside Granada, the Sierra Nevada is Spain’s largest natural park – a vast land of icy mountains and rugged terrain stretching for 850 square kilometres. Here’s our pick of the top 10 things to see and do in this spectacular part of Andalusia, from summiting mainland Spain’s highest mountain to visiting a beautiful cluster of whitewashed villages. 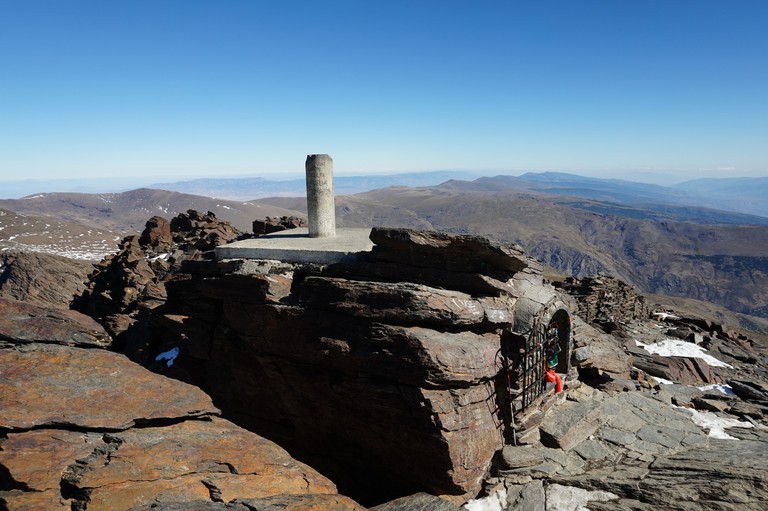 Amazing views from the "Roof of Spain" | © Johannes Schwanbeck / Flickr

At 3,478 metres of altitude, Mulhacén – nicknamed ‘The Roof of Spain’ – is the Iberian Peninsula’s highest mountain. The most popular tracks to the top of this magnificent peak start at Hoya de la Mora – a parking spot at 2,500 metres – and above the villages of Capileira or Trevélez. Either way, allow six or seven hours for a return hike that takes you through some of the park’s most dramatic landscapes. 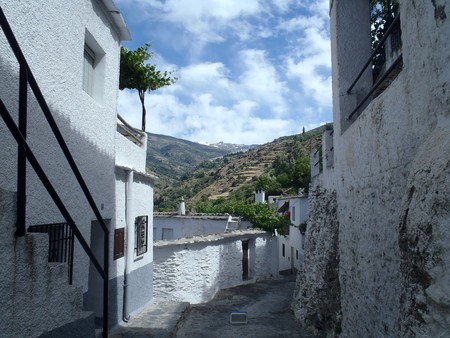 Driving from Granada on the stunning mountain road, Pampaneira is the first of three Alpujjara villages you’ll come to that nestle close together in the gorgeous Poqueira valley. Although touristy, there are still plenty of hidden corners to be discovered in this other-worldly place, as you’ll see when wandering among its narrow, cobbled lanes and cosy tapas bars. 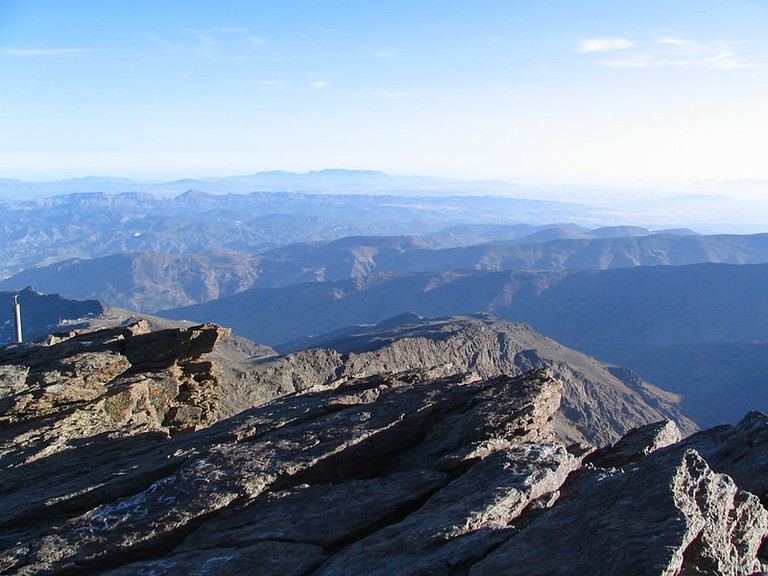 Views from the 3,396 summit of Veleta | © Unenzyklopädisch / WikiCommons

The 3,396-metre-tall Veleta is the Sierra Nevada’s second highest mountain and mainland Spain’s third. Summiting this iconic peak – which is visible from Granada city centre – is a relatively easy-going, two-hour walk from Hoya de la Mora, where you can also enjoy refreshments at the kiosk-bars after completing the four-hour return trek. 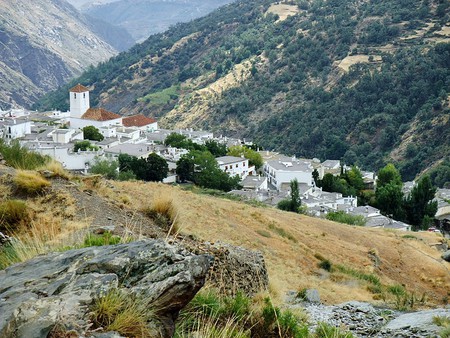 Situated just above Pampaneira in the Poqueira valley is Capileira, another of the Alpujarra region’s prettiest villages. The oldest part stretches down the hill from the lovely Plaza Calvario, a tightly-packed maze of whitewashed houses and flower-filled squares with a glistening Mulhacén in the background. Teteria Magick has the terrace with the best views. 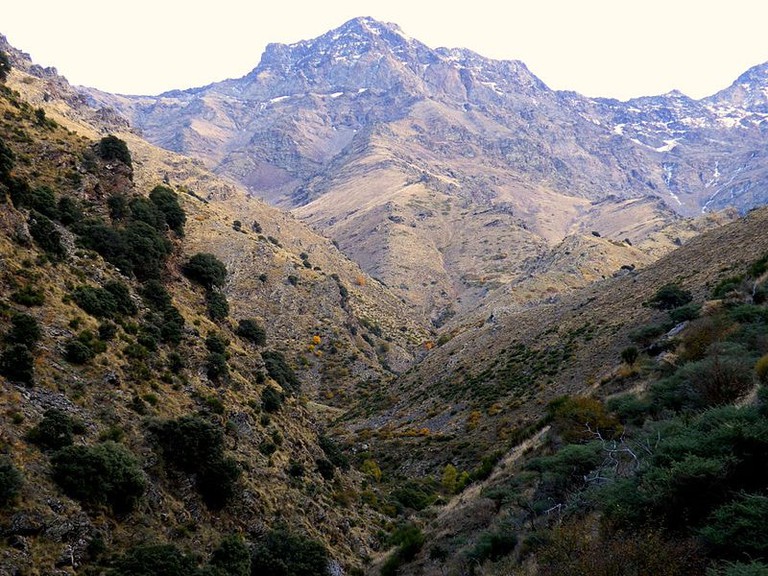 Although it’s smaller than Veleta and Mulhacén, the 3,371-metre Alcazaba offers a tougher challenge than its bigger brothers. It rises up out one of the Sierra Nevada’s most isolated areas and requires a 20-kilometre trek, over rough terrain, to summit. The track starts from Alto del Chorillo, above Capileira, and you may want to split it in two by sleeping at the Refugio Poqueira. 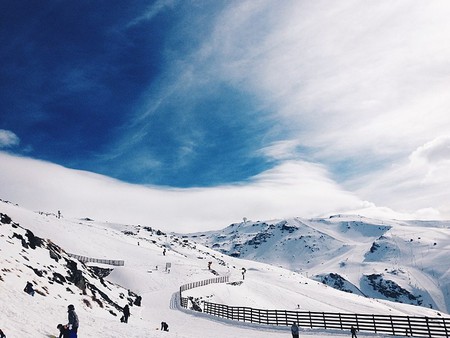 The Sierra Nevada is home to Europe’s most southerly ski resort, which spreads itself out over Veleta’s beautiful northern slopes. Over 100 kilometres of ski tracks are divided between 124 pistes catering to every level of skier, from ‘Easy’ Green Runs to ‘Very Difficult’ Black Runs. The sunny season here runs from November to early May. 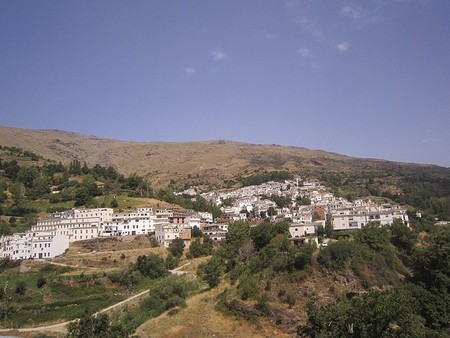 A 45-minute drive to the east of Capileira and Pampaneira is Trevélez, the highest of the Alpujarra settlements at 1,476 metres. This charming, friendly town is famous for its jamons, as the dry air is perfect for the curing process – so be sure to order some as a tapa with a cold beer. Trevélez is also a great start-and-finish point for tackling Mulhacén. 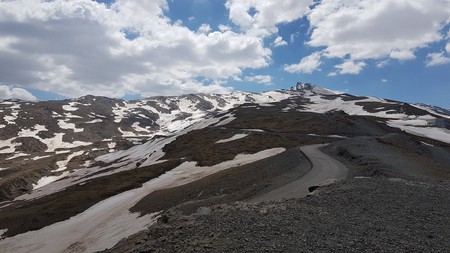 The Sierra Nevada is home to Europe’s highest paved road – a zigzagging stretch of tarmac that takes you to within striking distance of Veleta’s summit. Cycling it is a great experience: you begin at Hoya de la Mora and continue after the asphalt disappears at 3,300 metres. The road reaches a dead end at 3,380 metres, leaving you to trek the remaining 16 metres to the top of Veleta. 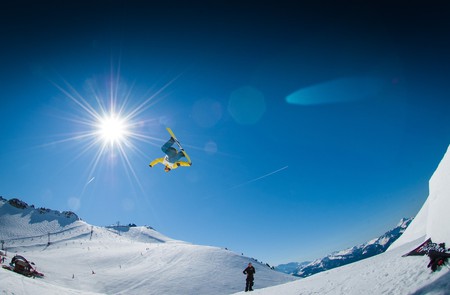 The Superparque Sulayr is the park’s superb snowboarding facility and boasts the largest halfpipe in Spain, at 165 metres long and six metres high. There’s also a good range of slopes for freeriding, suitable for all levels, fitted with pipes and jumps so you can show off your moves. A good beginner’s piste starts at the popular Borreguiles resort. 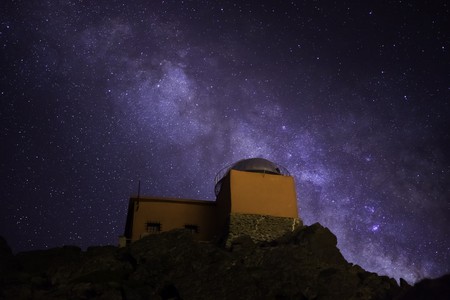 A night sky in the Sierra Nevada | © Alex Ander / Flickr

Skiing after dark is one of the most unforgettable experiences available in the Sierra Nevada. Every Thursday and Saturday night, between half seven and half 10 at night, almost six kilometres of floodlit piste are open between the resorts of Borreguiles and Pradollano, giving you the opportunity to marvel at the park’s incredible night skies. Even better, you’re given a free cup of soup before setting off.