The Top 10 Things to Do and See in Vitoria-Gasteiz, Spain

Plaza Virgen Blanca, Vitoria Gasteiz | © Mikelcg / Wikimedia Commons
Vitoria-Gasteiz is located in Spain’s Basque Country, and although it may not be as well known as Bilbao or San Sebastian, it’s definitely worth a visit. From its own modern art museum to its magnificent cathedral, fine dining restaurants, and its playing card museum, here are our top ten things to do in the city.

Browse the pieces at Artium

Vitoria’s modern and contemporary art museum, the Artium, was inaugurated in 2002, and features works by artists such as Miró, Picasso, Tàpies, Ameztoy, Chillida and Basterretxea. It also hosts a rotating schedule of temporary exhibitions, and is celebrating its 15th anniversary this year. 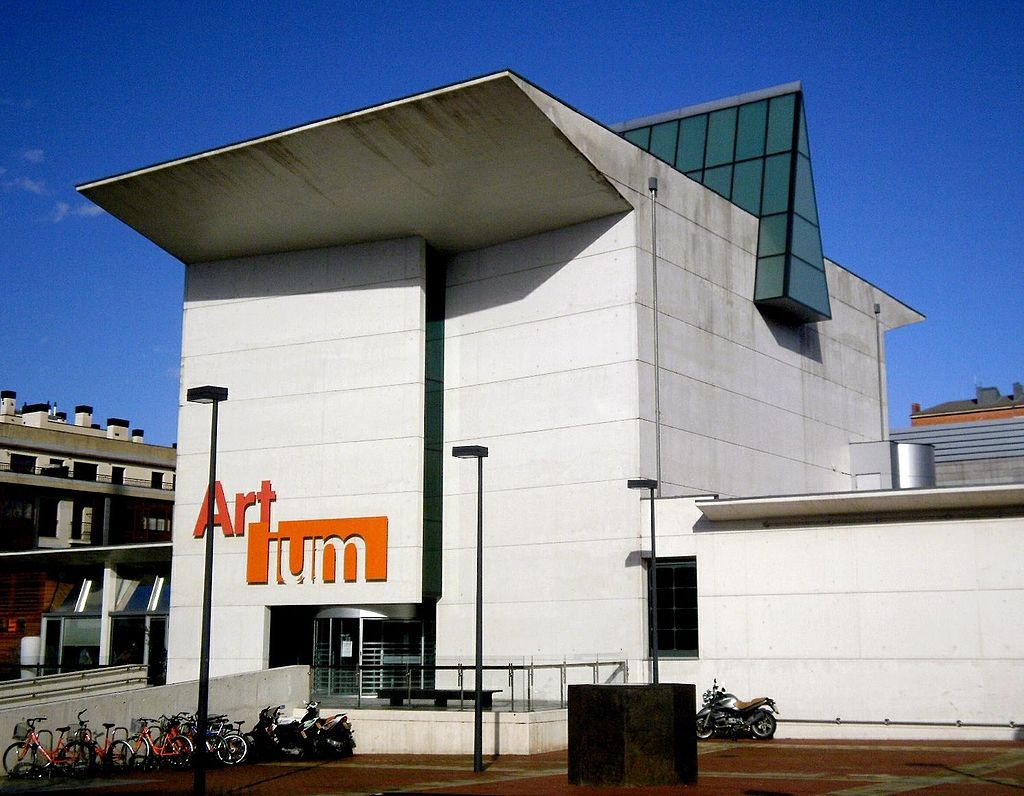 The Bibat is housed in the Bendaña Palace and is actually two museums combined – the Museo de Arqueología and the Museo Fournier de Naipes. The Archeological Museum is divided into three floors and includes pieces from the Paleolithic era, the Iron Age, Roman times and the Middle Ages, all found around the town of Vitoria. It also features huge screens that bring the past to life. The Museo Fournier de Naipes is a playing card museum and displays cards dating as far back as the 15th century. It is based on the collections of the Naipes Heraclio Fournier card company.

Vitoria’s imposing María Inmaculada Cathedral is quite a sight to behold. It was first constructed in 1907; however, it was stopped soon after, due to financial problems. The building work was abandoned for many years and only continued in after the Spanish Civil War. Even though it was consecrated as a cathedral in 1969, the building work even today has still not been fully completed. 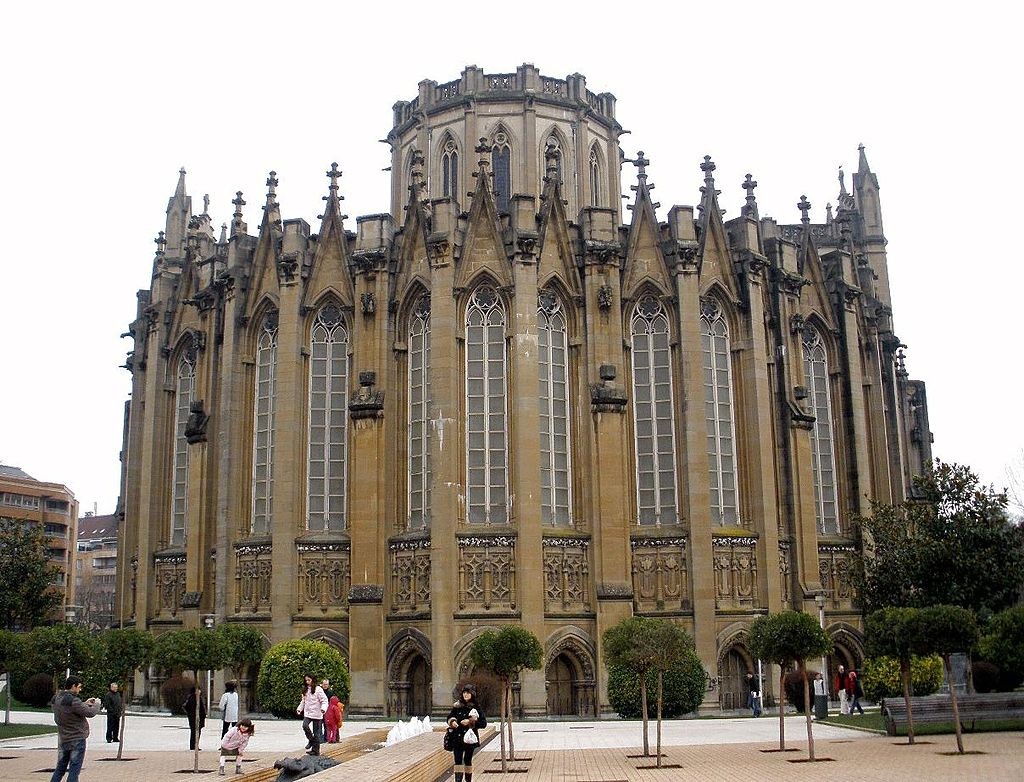 Dine at the Michelin-starred Zaldiaran restaurant

The Basque Country is known for its haute cuisine, and while the restaurants in Vitoria-Gasteiz may not be as famous as those in San Sebastian, or even in Bilbao, it does have its own Michelin-starred restaurant – Zaldiaran. Its modern interior serves beautifully presented dishes such as roasted and flambéed lobster, stuffed snails and seafood salad with spider crab and prawns.

Vitoria’s armoury museum is a must-visit for all those interested in medieval warfare. It details the evolution of offensive and defensive weaponry throughout history, and displays everything from weapons to armour, costumes and other war-related objects. Look out for the sections on African, Asian and Arab weaponry, home to some fascinating pieces. 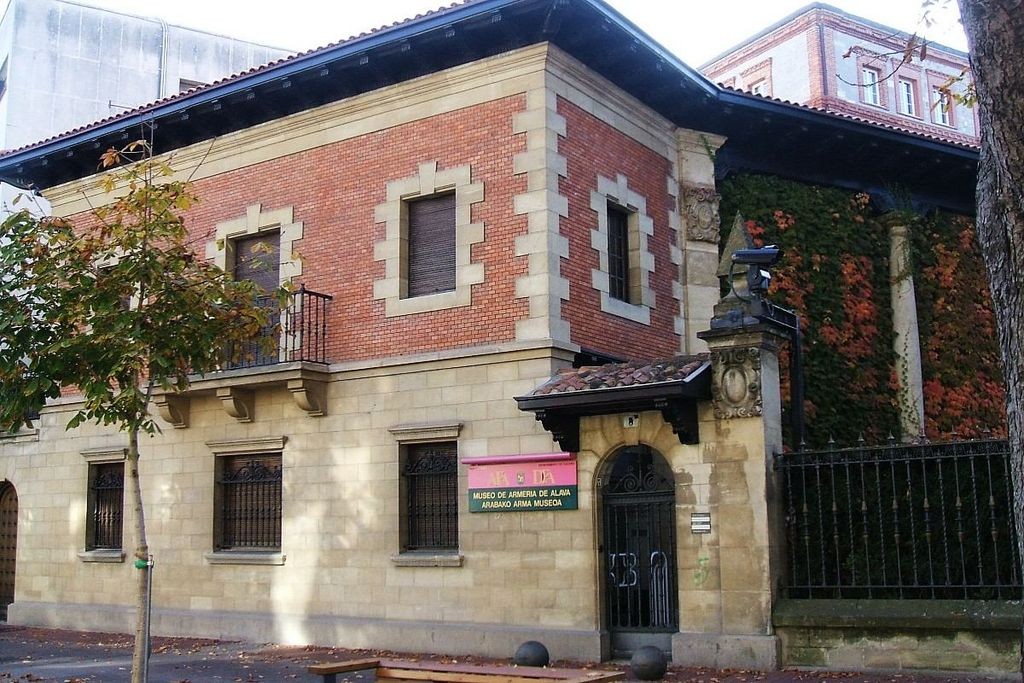 Vitoria’s neoclassical covered arcade – the Paseo de los Arquillos – was designed by the Victorian architect Justo Antonio de Olaguíbel, and was built between 1787 and 1802. Located in the heart of the city, it acts as a bridge between the historic centre and the modern town.

The Iglesia de San Miguel Arcángel is located in Vitoria’s Casco Viejo, or Old Town – a gothic church, it was constructed during the 14th century. Here you’ll find the chapel of the Virgen Blanca, the patron saint of the city and a polychrome carving of her, made in the 19th century. 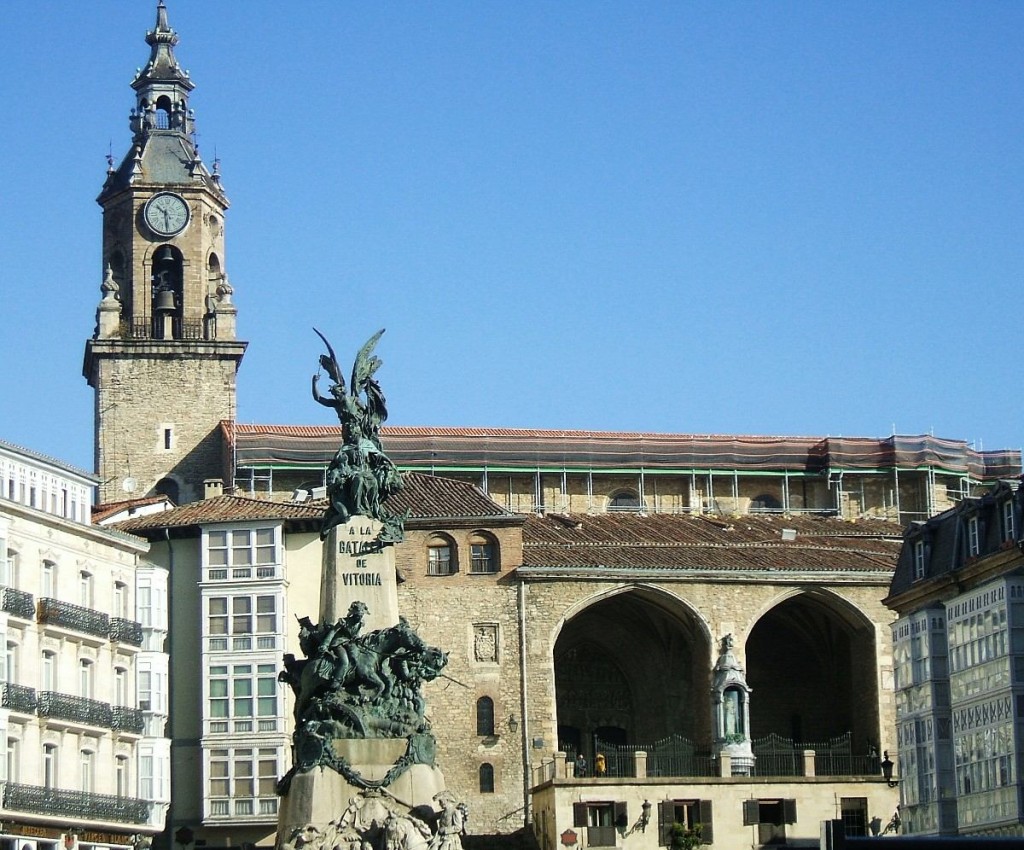 Housed in the Palacio de Augusti, the Museum of Fine Arts is dedicated to Spanish art from the 18th to the 19th centuries. It features works from Salvador, Maestru, Zuloaga, Díaz de Olano, Amárica and Aspiazu. 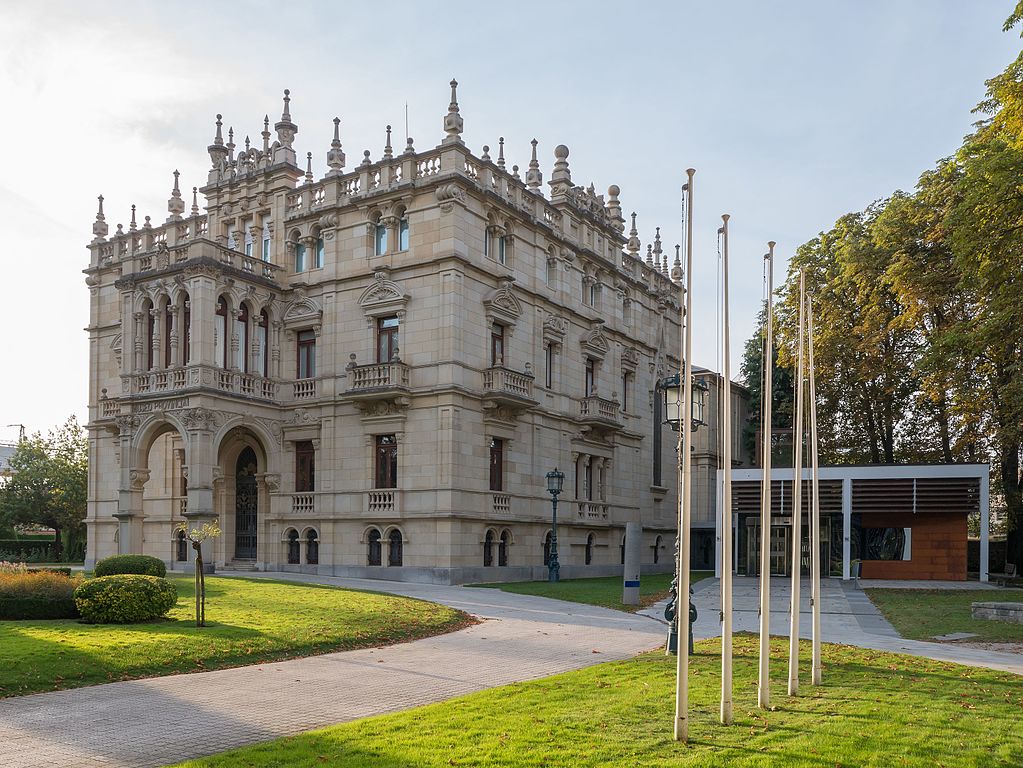 Located inside the Catedral Nueva María Inmaculada, the Museum of Sacred Art showcases collections all the way up to the 20th century. The museum is split into five sections according to material, for example, stone, silver and canvas, and is ordered chronologically. 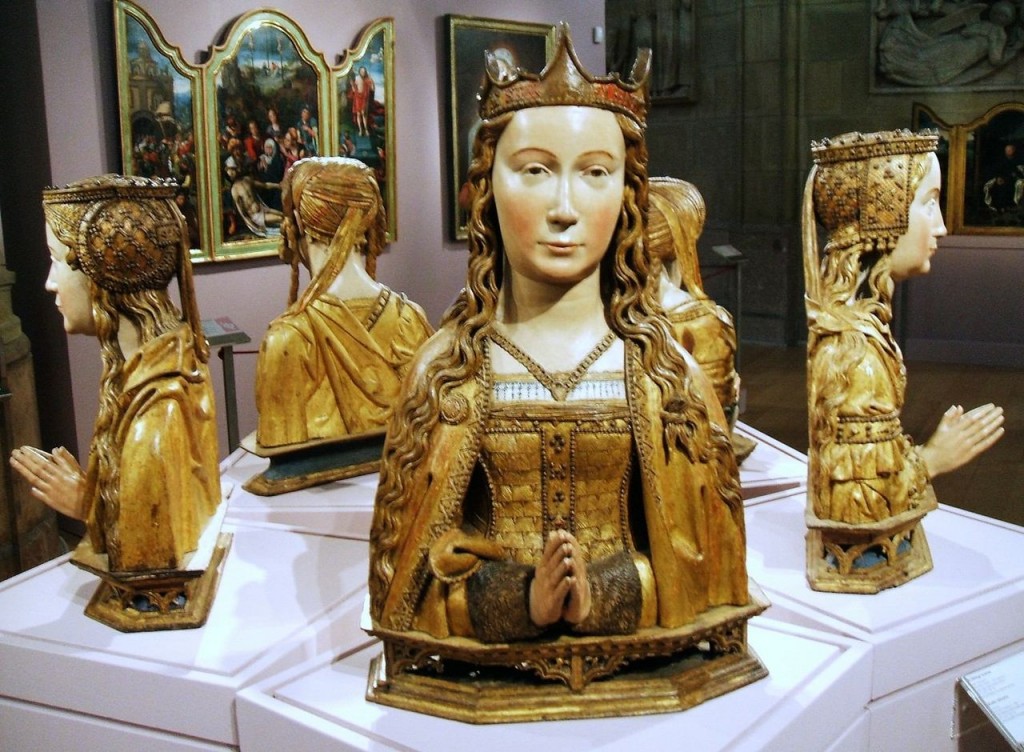 Cycle along the Anillo Verde

Vitoria-Gasteiz is a very green town, and around its outside is a a green belt known as the Anillo Verde. Not just a green space, it’s actually series of parks, marshes, ponds and meadows, and is the perfect spot for a bike ride. Vitoria was actually named the European Green Capital in 2012 because of its green commitment.