The Top 10 Things to Do and See in Toledo, Spain 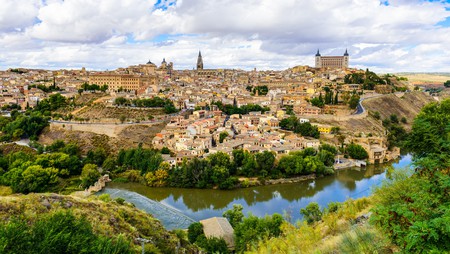 Toledo is an incredibly cultural city; it has seen numerous cultures and dynasties pass through its walls, as well as wars, royalty and artists. The legacy it guards is an essential part of Spanish culture, so visiting the city is bound to be a unique experience. Culture Trip has explored the streets of Toledo, searching for the very best attractions and activities. 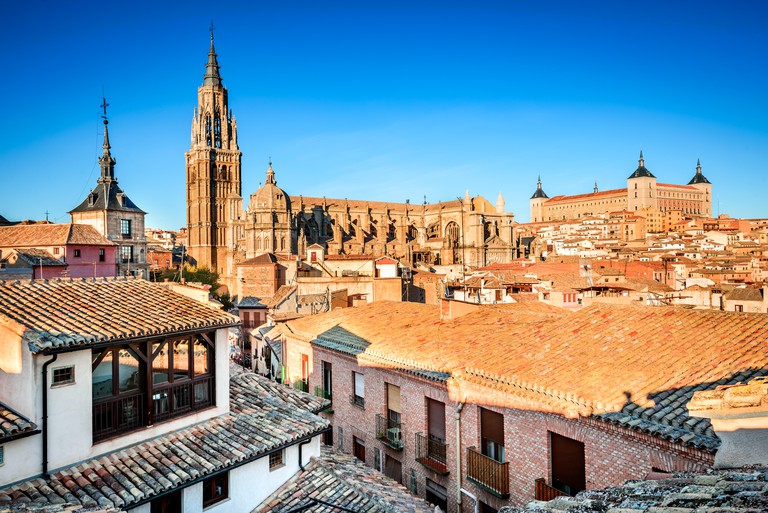 © Alpineguide / Alamy Stock Photo
Toledo’s cathedral is one of the most important places to visit in this beautiful city. This grand monument is one of the best and most impressive examples of gothic architecture in the entire country. It was finished towards the end of the 15th century, more than 200 years after construction began. Tickets to visit the cathedral and its museums range from €10 to €12.50 (£9.15-11.45).
Open In Google Maps
1 Calle Cardenal Cisneros, Toledo, Toledo, 45002, Spain
+34925222241
Visit Website
Give us feedback

Take in panoramic views atop the Alcázar

The Alcázar, built on the city’s highest point for military and strategic benefits, is a great place to learn about the area’s history and culture and offers striking panoramic views. Its roots date back to the third century when there was a Roman palace on the site. In the 10th century, the Moors, who had a very strong influence in the city, constructed the fortress, before it was passed to some of Spain’s royalty. Today, it’s a museum with various exhibitions that centre around the evolution of military strategy and weapons.

Building, Church, Memorial
Facebook
Email
Twitter
Pinterest
Copy link
Share
Map View
The Monasterio de San Juan de los Reyes is a Franciscan monastery built under the reign of Isabella I of Castile, one of Spain’s most powerful queens. It was meant to be a royal mausoleum and serve as a memorial for their victory at the Battle of Toro. The structure is a stunning example of the Isabelline style that was predominant in Spain under the monarch’s reign. Long and narrow, it features many side chapels, and the Mudéjar-style ceiling is particularly remarkable.
Open In Google Maps
Monasterio de San Juan de los Reyes Toledo, Castilla-La Mancha, 45002, Spain
Give us feedback 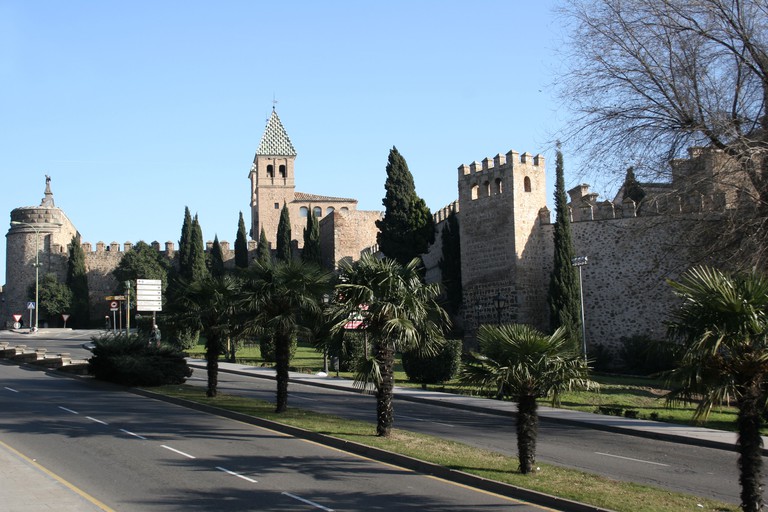 © Ben Molyneux / Alamy Stock Photo
A magnificent construction that provides access to the city, the Puerta de Bisagra dates back to the Moors, and while it was reconstructed in the 16th century, some of the original elements are visible today. The name comes from the Arabic Bab-Shagra, meaning something along the lines of “the door that leads to the field”. The exterior comprises an arch of triumph, accompanied by two beautiful semi-circular towers, and crowned by the city’s imperial coat of arms.
Open In Google Maps
26 Calle Real del Arrabal, Toledo, Castilla-La Mancha, 45003, Spain
Visit Website
Give us feedback

Dine in a restaurant

Restaurant, Mediterranean, Spanish, European, $$$
Facebook
Email
Twitter
Pinterest
Copy link
Share
Map View
Toledo’s cuisine is a delectable mix of different cultures. Jews, Christians and Muslims all lived here together at some point or other, giving Toledo the title of the City of the Three Cultures, something which is reflected in its cuisine. Apart from some excellent international restaurants, Toledo also offers typical Spanish fare, such as succulent suckling pig, which is the city’s speciality.
Open In Google Maps
27 Ronda Buenavista, Toledo, Castilla-La Mancha, 45005, Spain
+34925210589
Visit Website
Give us feedback

Bridge
Facebook
Email
Twitter
Pinterest
Copy link
Share
Map View
This medieval bridge built over the River Tagus is a Toledo landmark and a very romantic place to go for an evening walk, complete with views of the old town. In the bridge’s middle arch, there is a small, weathered statue of a woman, representing the wife of the bridge’s architect. According to legend, the architect realised days before the inauguration that he had wrongly calculated the weight and length of the bridge. He thought it would collapse upon the removal of the scaffolding, so to protect her husband, she burnt it down at night during a horrible thunderstorm, making the villagers believe it was struck down by lightning.
Open In Google Maps
Bajada San Martín, Toledo, Castilla-La Mancha, 45004, Spain
Visit Website
Give us feedback 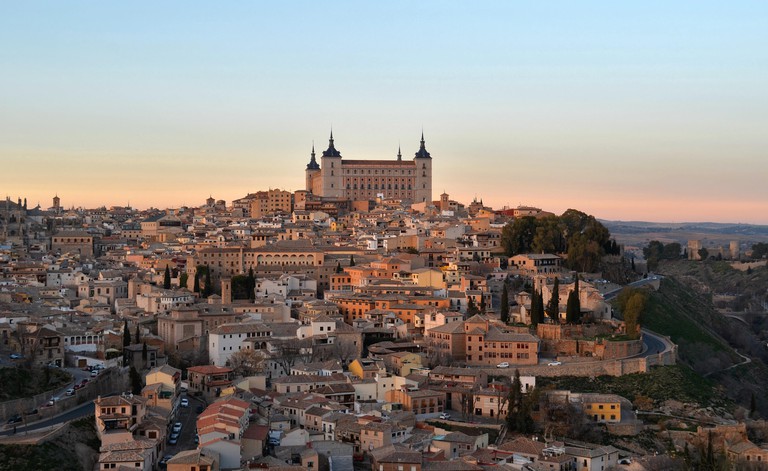 © Emele Photography / Alamy Stock Photo
If the views from the Puente de San Martín are not enough, you can also visit the splendid Mirador del Valle, a fantastic viewpoint with vistas of the entire city. From here, you can see magnificent panoramas of the river, the imposing Alcázar, the tiny winding streets and the cathedral. The walk to the Mirador is also a sight in itself, as it passes numerous important buildings, including the Museum of Santa Cruz, the San Roman Church and the city walls.
Open In Google Maps
s/n Carretera Circunvalación, Toledo, Castilla-La Mancha, 45004, Spain
+34925254030
Give us feedback

One of the most memorable things to do in Toledo is to explore it by night when it takes on a completely different air. The lights turn on and point to the main buildings, creating beautiful shadows, while the noise from the hustle and bustle of the day dies down. Also, the unbearable heat during the summer days cools slightly, creating the perfect atmosphere for a walk around the city. Several guided tours are available after dark, so after visiting the interiors of Toledo’s buildings and enjoying its museums, why not learn about the history behind it all while talking a breezy walk?

Synagogue
Facebook
Email
Twitter
Pinterest
Copy link
Share
Map View
La Juderia, which translates to “the city of Jews”, was once the city’s Jewish quarter, and today, it’s a beautiful district with some excellently preserved buildings. A tour through La Juderia will allow you to learn what life was like for Jews under Muslim and Christian domination, as well as explore their culture and architecture.
Open In Google Maps
Jewish quarter of Toledo, Toledo, Castile-La Mancha, 45002, Spain
Give us feedback 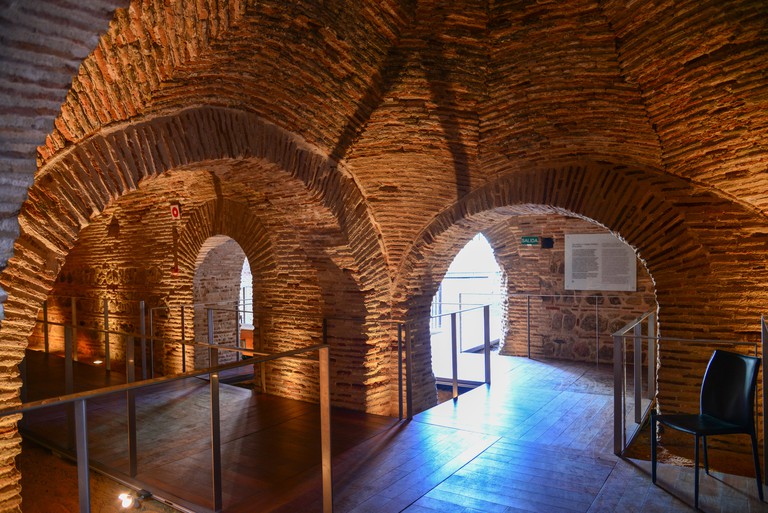 © Horizon Images/Motion / Alamy Stock Photo
The Museo del Greco is dedicated to one of the most important and influential Spanish Renaissance artists of all time. It aims to introduce the general public to El Greco not only as a painter but also as an individual, exploring the profound influence that he had in the shaping of Toledo’s history in the 17th century. The renovated historic building in the Jewish quarter also displays works by other artists, including paintings, sculptures and furniture.
Open In Google Maps
s/n Paseo Tránsito, Toledo, Castilla-La Mancha, 45002, Spain
+34925990982
Visit Website
Give us feedback
Give us feedback