The Top 10 Things To See And Do In San Sebastian

San Sebastian, or Donostia, is part of the Basque country and is one of the most diverse cities in Southern Europe. In addition to its reputation for culinary excellence, the city boasts a variety of intriguing activities. Due to its coastal location and mountainous surroundings, it offers unique scenery and it is impossible not to fall for San Sebastian’s Basque charm. Take a look at our list of the best things to do in the enchanting Donostia. 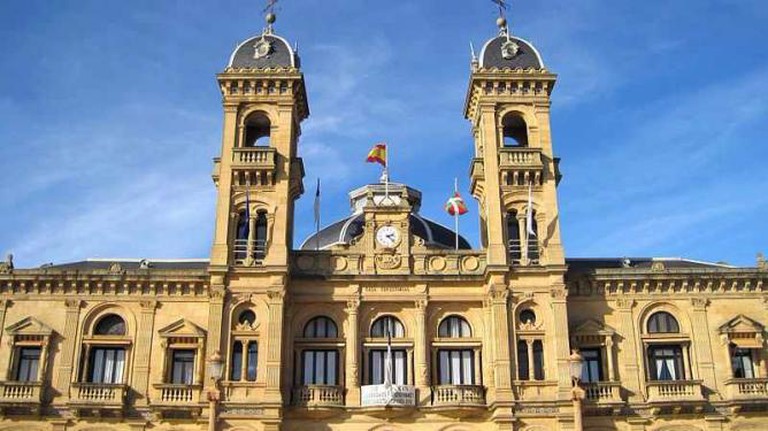 San Sebastian's city hall | © Roberto Chamoso G/WikiCommons
San Sebastian’s city hall was constructed between 1882 and 1887 and is an architectural masterpiece. The Ayuntamiento is located between La Concha Beach and the old city alongside the marvellous Alderdi Eder Gardens. Originally it was home to a casino, where politicians and artists of the Belle Époque enjoyed entertainment. The building set the scene for one of the many fights between nationalists and republicans in the Spanish Civil War and the bullet holes can still be found in the facade. Since 1947 it has hosted the city council, which governs the Basque city.
Open In Google Maps
1 Ijentea Kalea, Donostia, Euskadi, 20003, Spain
+34943481000
Visit Website
Give us feedback

Visit the Museo de San Telmo in San Sebastian | ©Gonzalomauleon / WikiCommons
The Museo de San Telmo is now the biggest museum for Basque history from prehistoric times to modernity. It was first inaugurated in 1902 and is the oldest museum in the Basque Country. San Telmo is located at the foot of the Urgull Mountain and exhibits more than 26,000 historic artifacts. The original part of the museum consists of a Dominican convent, dating back to the 16th century, while the new building was constructed recently. The mixture of renaissance, Gothic and contemporary design creates a fascinating play of architectural styles and the extensive collection of Basque artifacts provides an exciting insight into the country’s history.
Open In Google Maps
1 Plaza Zuloaga, Donostia, Euskadi, 20003, Spain
+34943481580
Visit Website
Give us feedback

Monte Igueldo is situated west of town and offers a dazzling panorama over San Sebastian’s coastlines and mountains. The mountain can be accessed via the antique funicular railway, which was first opened in 1912. Monte Igueldo also possesses an old fashioned amusement park, with the reasonably priced individual rides. Additionally it features the El Torreón tower, dating back to the 16th century. Visitors can climb the tower to enjoy the dazzling views and the historic exhibition inside the tower for a small fee. 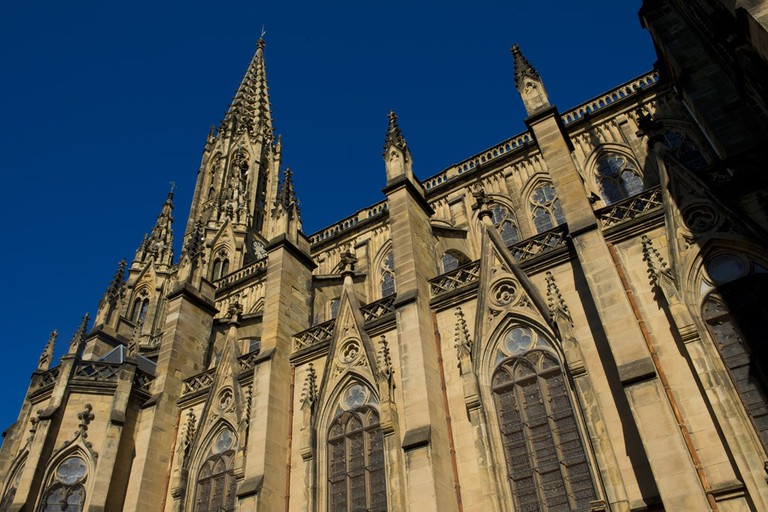 Visit the Catedral del Buen Pastor when in San Sebastian | ©Jan W / Flickr
The cathedral was inaugurated in 1897 and was influenced by the style of medieval German and French churches. Today it is home of the diocese of San Sebastian and is considered one of the most significant religious buildings in the Basque country. The organ consists of more than 10,000 whistles, making it one of the biggest in Europe. The neo-Gothic architecture shows the artistic prowess of its builders and the tower is a popular symbol for San Sebastian. A marvelous feature ’The Cross of Peace’ by the sculptor Eduardo Chillida can be found on the facade of the cathedral.
Open In Google Maps
12 Urdaneta Kalea, Donostia, Euskadi, 20006, Spain
+34943464516
Visit Website
Give us feedback

The ‘shell beach’ is one of the city’s three beaches and is renowned as one of Europe’s most beautiful urban shorelines. Its perfect arch made it popular with Queen Regent Maria Cristina, leading her to declare it the summer capital of Europe. Its charming promenade along the Cantabrian Sea offers a tranquil atmosphere and beautiful scenery. While surf lovers head to nearby Zurriola Beach, Playa de la Concha is filled with mixed crowd of locals and visitors alike, seeking to cool off in the blue water. 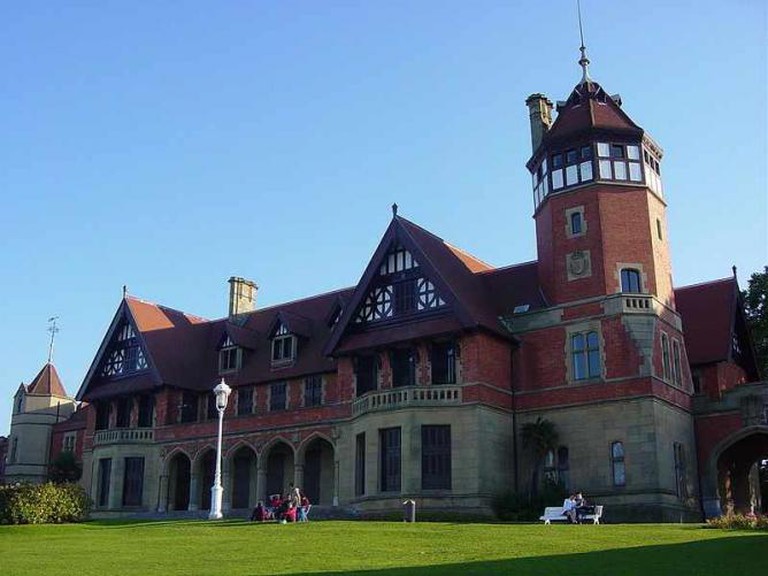 The charming Miramar palace | © Generalpoteito/WikiCommons
This historic building was opened in 1893 to serve as a summer holiday home for the Royal Family. The British architect Seldon Wornum designed the building in an English cottage style and its location offers fantastic views over the bay. In 1972 the gardens were opened to the public, while the building itself usually remains closed. It is worth venturing to the small hill between the city center and the Antiguo neighborhood to stroll through the fantastic landscape and marvel at the beautiful views over La Concha.
Open In Google Maps
48 Paseo Miraconcha, Donostia, Euskadi, 20007, Spain
+34943219022
Visit Website
Give us feedback

On the highest point of the Urgull Mountain lies Mota Castle, constructed in the 12th century and today hosting the History House Museum, granting insight into San Sebastian’s past. Urgull served as a strategic point in previous centuries and ruins of the defense wall are still visible. The 12 meter high sacred heart statue (Cristo de la Mota) watches over the city from the mountain peak and was sculpted by Frederico Coullaut in 1950. Urgull is home to some of the most significant historic heritages of the city and the view over the city is worth the visit alone. The New Promenade is one of the most beautiful and tranquil walkways in San Sebastain surrounding the entire mountain and following the Cantabrian sea from the Aquarium all the way to the end of the Old Town.

San Sebastian is most renowned for its outstanding cuisine. The city is filled with a wide range of pintxos bars, offering traditional Basque dishes and wines. With such an overwhelming array of tasty looking tapas, it can be impossible to choose and while it is difficult to have an unpleasant eating experience in Donostia, it is worth joining a Pintxos Tour. The tours not only take you to the best places in the city but also provide insider tips and knowledge about the city’s history and culinary evolution.

Right in the middle of Concha Bay is Santa Clara Island, which can be accessed via ferry from May to August. The tiny island offers a small beach with great views over the city. Santa Clara tends to be isolated but it features a small cafe and a charming lighthouse. Despite its small size, the island offers a lifeguard service thus allowing visitors to go for a splash in the cool water. With its location between the two mountains Urgull and Igueldo, Santa Clara represents one of the most idyllic spots in the city and is perfect for a picnic.

A stroll through San Sebastian’s parte vieja, or old town, is an essential part of your visit to the Basque city. Home to numerous pintxo bars and boutiques, its historic buildings and rich sights make it one of the most significant cultural parts of the country. It is located between the port and the Urumea River, close to the city hall. The old town is home to the impressive Santa Maria and San Vincente Church. Several city tours offer a guided walk through the parte vieja for those keen to find out more about San Sebastian’s history. Wander through the scenic Spanish treats and sit down in a pintxos bar to enjoy some regional specialties.