The Top Things to Do and See in Menorca, Spain 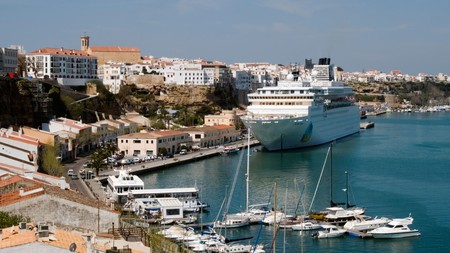 Menorca, one of Spain’s Balearic islands set in the Mediterranean Sea, has endless beaches, sandy crescents and a tree-fringed coast. It became a Unesco Biosphere Reserve in 1993 to protect its beautiful natural surroundings, a scheme that aims to foster a positive relationship between humans and the array of wildlife that have made Menorca their home. Today, its idyllic landscapes and warm waters draw thousands of tourists every year.

Restaurant, Spanish
Facebook
Email
Twitter
Pinterest
Copy link
Share
Map View
The beautifully decorated winery of Bodegas Binifadet opened in 1979 as one of Menorca’s only high-quality winery and restaurant establishments. The rustic brick interior, designed by Lluís Vives, sets a romantic and tasteful mood, complete with barrels lining the walls and low-hanging wooden lights. Guided 60-minute tours of the winery take place daily at noon or by appointment and include a tasting of three wines, as well as a sample of cheese and wine jam. All of the products here are naturally grown, an example of a sustainable production method that keeps with Menorca’s status as a Biosphere Reserve.
Open In Google Maps
km. 0,5 Menorca, Islas Baleares, 7710, Spain
+34971150715
Visit Website
Give us feedback 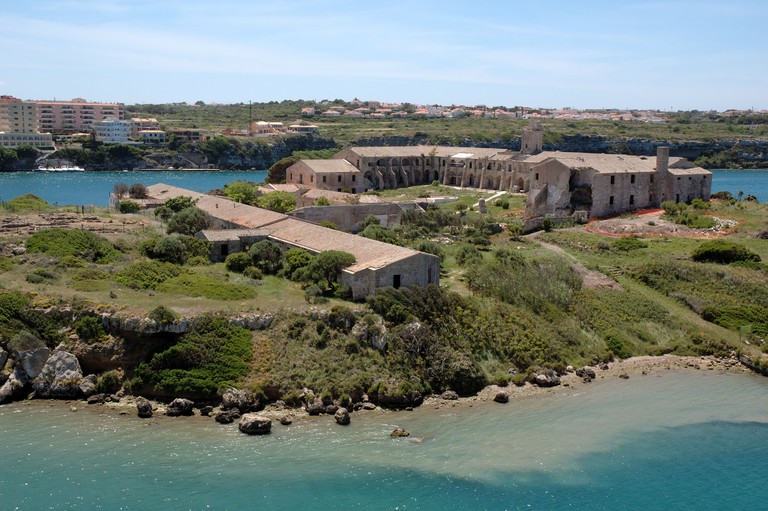 Although it’s a tiny island, the Isla del Rey boasts a huge historical significance. It began as a hospital for sick and injured British soldiers in 1711 but was later used by the French, Spanish, American, Dutch and Italians as a site for medical aid. When a new military hospital in Mahón opened in 1964, Isla del Rey was abandoned and is now a desolate, protected natural site. Important local plants and vegetation grow here, and ancient stones from a Paleochristian basilica have been unearthed. Today, a non-profit organisation named Fundación Hospital de la Isla del Rey protects and studies the island, focussing on its safety, development and promotion. Every Sunday morning, it hosts volunteer maintenance gatherings, which are open to the general public, and it also accepts monetary donations as well as physical donations, such as construction materials.

Open In Google Maps
Balearic Islands, Spain
Give us feedback

Mahón Port is the world’s second deepest natural port, and it offers incredible panoramic views of the town and beyond. A long set of stairs will lead you down to the harbourfront, a calming, stress-free atmosphere. In addition to the restaurants, bars and boutique shops set around the harbour, there is also a famous gin distillery, Xoriguer Gin Distillery, here that’s worth a visit. Whether docking a boat or just driving in for a day trip, you should go on a one-hour boat tour, which provides insight into Menorca’s history and modern aspects. On certain days, you may see cruise ships docking or some brightly coloured, beautiful fish. Mahón Port offers a lot to do, but simply being here and strolling along the walkway is an enjoyable experience in itself.

Open In Google Maps
Balearic Islands, 7701, Spain
Give us feedback 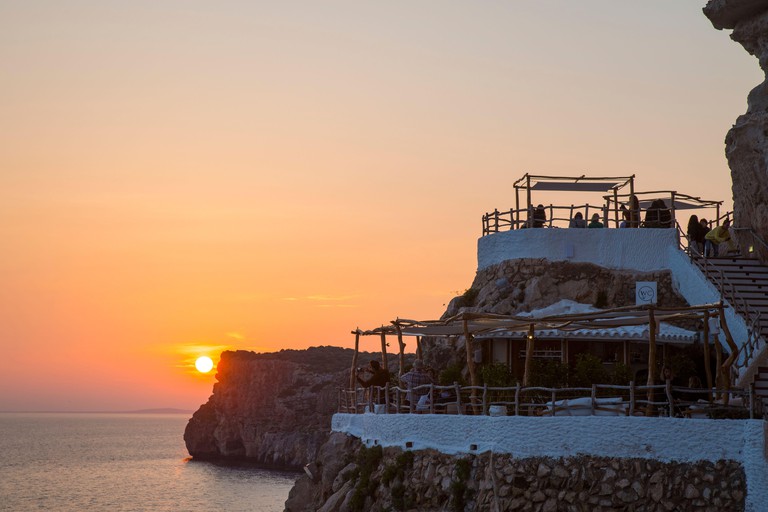 Whether your heart aches for stunning views of dawn, a Menorca sunset or a glimpse of the moon over the ocean, Cova d’En Xoroi offers striking landscape vistas that never seem to fade in beauty. With a combination of cliffs and rocks strategically placed off the southern coast, it’s where you can delve into Menorca’s colourful past. Local legends tell the romantic story of Cova d’En Xoroi’s beginnings, tales that are entwined with mythology and deep, passionate love. During the high season, it’s open every day until sunset, and sometimes in the evening, there are disco nights, live music and themed parties.

The fun-filled, multipurpose Aeroclub and Hippodrome have special offers and events that will excite residents and first-time visitors to Menorca. This hotspot, in the small village of Sant Lluís, served as the only airport in Menorca until 1969 when a larger, modernised airport was built. It still houses planes, though, and you can take leisurely flights around the island or enjoy private flying lessons. Besides flying opportunities, the Aeroclub and Hippodrome are also home to a full bar and restaurant as well as a go-karting course for the whole family. Throughout the winter season, the Hippodrome hosts horse races every Saturday evening and Sunday morning. Entrance is €5 (£4.55). 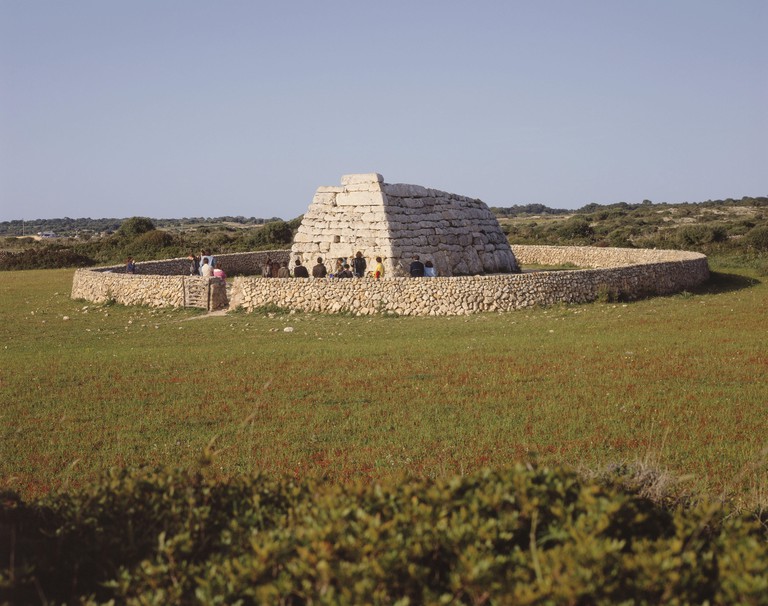 Constructed with stones only (no mortar), the 3,000-year-old Naveta d’Es Tudons serves as a magnificent monument and a brilliant, physical reminder of history to those in Menorca. Archaeologists are astonished by how well this megalithic structure has held up over time. When first built, this naveta, meaning vessel, was used as a collective funeral chamber. According to Menorca legend, giants fought over the love of a young girl. One giant killed the other and then took his own life, leaving the girl all alone. When she passed away, she was buried in the naveta. When the chamber was later excavated, human bodies were found inside, along with bronze jewellery, ancient weapons, ceramic bowls and other precious ornaments. Boldly set on the western side of the island, the exterior of the Naveta d’Es Tudons is open to the public daily.

Jeep Safari Menorca offers a fully authentic, worthwhile and unforgettable natural experience of the island, with two unique yet equally spectacular excursions: the Island Discovery (more customisable) and the Sunset Experience (ends with a spectacular sunset). Travelling in 4×4 vehicles, an experienced professional will guide you through back roads and wooded areas to sites that are off-limits to the public while providing compelling knowledge about Menorca.

One of the island’s most exhilarating and inspiring adventures, Parapente Biplaza Menorca offers you an experience of a lifetime, with three flight areas: Monte Toro, Son Bou or S’Enclusal. This tandem paragliding jump is a carefree and safe choice, accompanied by a professionally certified pilot who is in charge of all flying manoeuvres, including take-off, controls and landing. Each paragliding flight can last anywhere between 15 and 40 minutes depending on weather conditions. Parapente is open year-round. 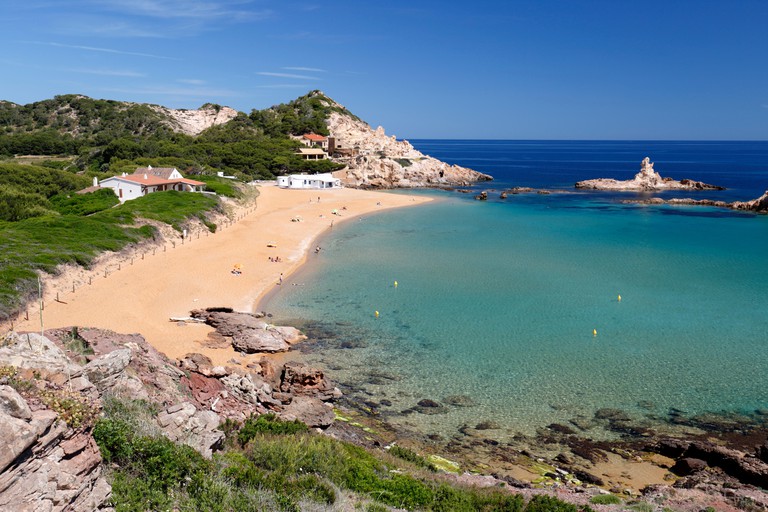 On the northern coast of Menorca, Cala Pregonda offers a unique beach experience, with warm, golden rocky landscapes on one side of the water and earthy green trees and lush forests on the other. These two contrasting sites come together in the centre with a sandy beach, the perfect spot in which to relax and enjoy the surroundings. Cala Pregonda is accessible by car to a point; once parked, you’ll have to walk for 30 minutes or so before reaching the beach. You can also get there by sea, either on a boat, kayak or jet ski. Remember to take any trash with you.

Open In Google Maps
Spain
Give us feedback

Arguably one of the greatest open-air treks in the world, the Camí de Cavalls is an ancient path around the island of Menorca that showcases a multitude of flora and fauna. The 185km (115mi) route, explorable via foot or mountain bike, will lead you to incredible sites, such as ancient watchtowers and lighthouses, and landscape scenes, including valleys and wetlands. Here, you can walk through history.