The Top 10 Things To Do And See In La Barceloneta 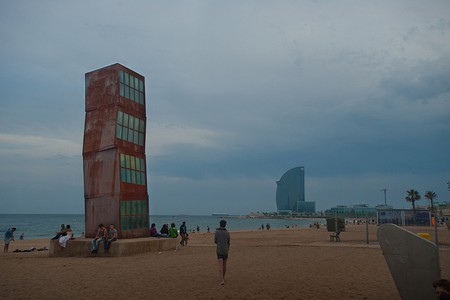 La Barceloneta district was designed in the 18th century and used to be a fishermen’s village. Now, the cozy streets of La Barceloneta’s historical center, with their distinctive architecture, numerous seafood restaurants and bars, and lively beaches, makes the district a genuine magnet both for the locals and for the tourists any season of the year. Here are our top 10 highlights.

La Barceloneta is known for its emblematic beaches. The most ancient in the city, they boast a very lively atmosphere, wide sport infrastructure, restaurants, and close proximity to the metro stop of Barceloneta.

The area consists of the four beaches. The beach of Sant Sebastià is the closest to the futuristic and super stylish W Barcelona hotel. Then comes the beach of Barceloneta, with its wide stretch of sand that’s perfect for a variety of sporting activities. Further down, you will come across the beach of Sant Miquel, where a whimsical sculpture, ‘L’Estel Ferit’ (‘Wounded Star’) inevitably catches the eyes of all the passers by. The beach of Somorrostro is the last one in the district where there used to be a shanty town that housed 15,000 people up until the mid-20th century. 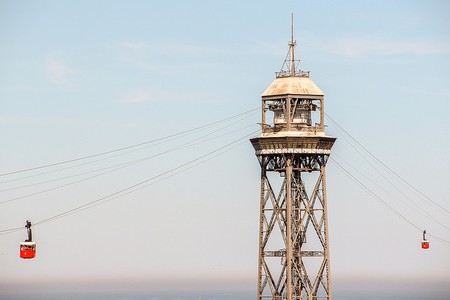 There is cable car stop on the beach of Sant Sebastià; from there you can take a breathtaking ride towards the Montjuïc hill and reach the observation platform near the Miramar hotel. A couple of minutes inside one of these historical red cabins, which were designed in 1929, will give you the chance to experience a bird’s eye view of the stunning views of Barcelona from an unusual perspective and breathtaking height. 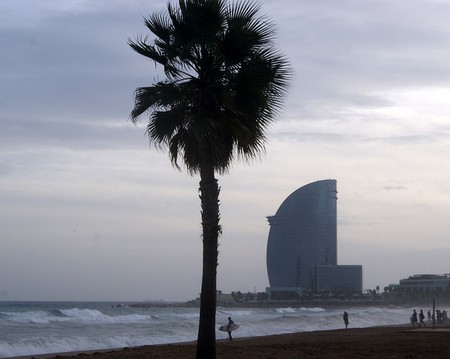 The W Hotel opened in 2009 and has become a new emblem of Barcelona and one of the most controversial buildings in the city. Its unusual architectural form and transparent glass exterior reflect the waves, and its numerous top-floor events promote discussion. The building has had a lot of success; it has won a prize as the best architectural project among hotels in Europe. But there has been sharp criticism and scandal: the hotel was built too close to the sea and broke all the rules of private housing, plus some ecologists have wanted the building to be demolished. 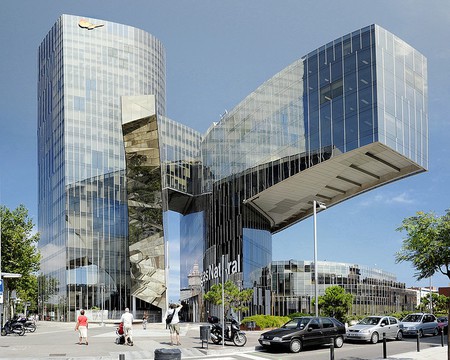 The Marenostrum Tower, nowadays a headquarters for the Gas Natural company, is another controversial piece of Barcelona’s contemporary architecture, created by Enric Miralles. Its unusual façade, consisting of three huge glass volumes, reminds visitors of an odd Tetris figure and has provoked much debate among both the professionals and dilettantes. In fact, such a whimsical architectural shape was meant to resolve the two main objectives – to create a noticeable building and to avoid suppressing the low houses of the historical center of La Barceloneta. Take a look for yourself and decide what you think. 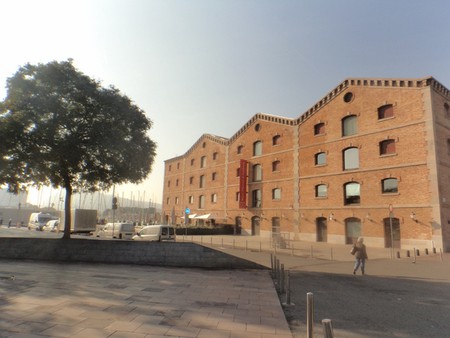 The Museum Of Catalan History

The Museum of Catalan History, situated in the red-brick building right in front of numerous white yachts of Port Vell, displays the roots and the development of Catalonia from the prehistoric times to the contemporary epoch. Apart from the rich and well-presented museum expositions, the building has an observation platform and a restaurant at its top floor, from which you can enjoy the picturesque port views of Barcelona. 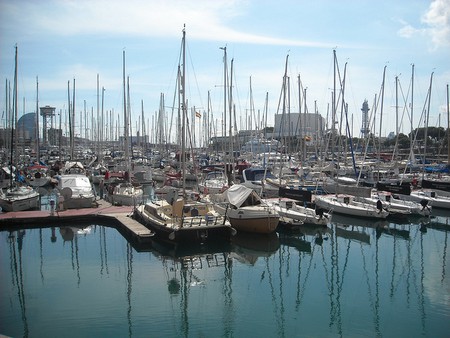 Port Vell and a walk along the yachts

Port Vell (meaning ‘old port’) is a top tourist destination in Barcelona. It covers the area between the Museum of Catalan History and the Columbus Monument. The path along this stretch offers romantic views of yachts, the tempting smell of seafood restaurants, and a lively cosmopolitan atmosphere. Near the Columbus Monument you’ll find the departure point of the small excursion boats called ‘Las Golondrinas‘ (‘the seagulls’ in English) and a suspense bridge that leads to the Maremagnum shopping mall and the aquarium. 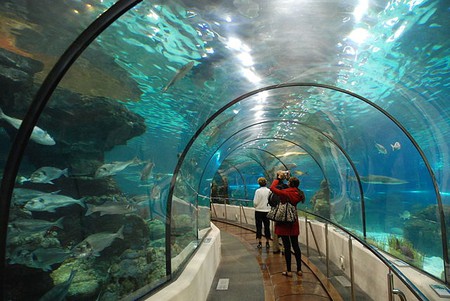 The aquarium of Barcelona is one of the largest in Europe and hosts more than 11,000 types of fish and sea creatures. Here, immerse yourself in the underwater world of the Mediterranean Sea and observe the fauna and flora of the tropical gardens. A real gem in the museum is its huge oceanarium – 36 meters in diameter and five meters in depth – where all the guests may observe the wild marine species at a very close proximity. Braver adventurers can try out real diving sessions with the sharks. 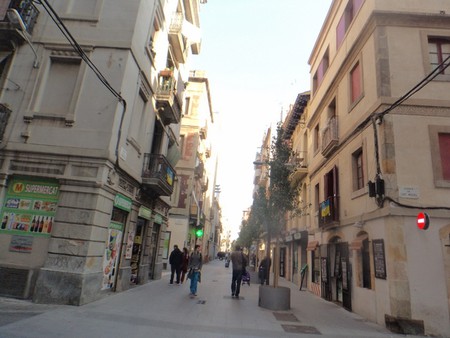 The historical center of La Barceloneta

The old center of La Barceloneta’s deserves a stroll through to get a flavor of the pared-back architecture here, compared to that of the aristocratic houses of nearby El Born and L’Eixample. All the buildings are smaller and simpler with very narrow balconies; most of the windows are covered with blue and yellow flags, which are the ancient heraldic symbols of La Barceloneta. Take a walk around Placa de la Barceloneta and Carrer de la Maquinista, which are full of lively bars, and visit one of the exquisite seafood restaurants at the beginning of the Passeig de Joan de Borbó. 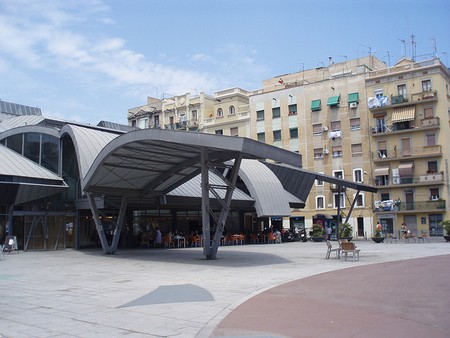 The market of La Barceloneta

The market of La Barceloneta, situated in the historical center of the district, offers the freshest seafood and a delicatessen in the area each morning. You may find a couple of good restaurants based on the marine cuisine. Moreover, the market building deserves attention as a good example of sustainable and contemporary urban architecture. Thanks to the special equipment on its roof, it can save more than 40 per cent of solar energy it collects, which is later used to maintain the inner systems of the complex. 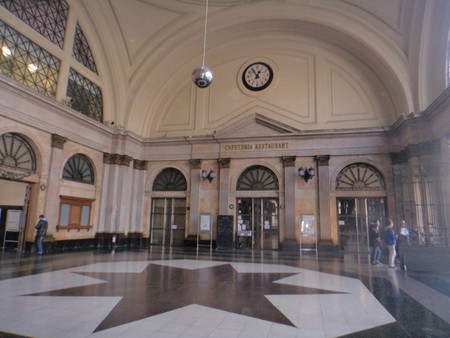 The French Station of La Barceloneta | Courtesy of Elena Isaeva

The French train station was built in 1929 and used to be one of the central transport hubs of Barcelona before the new one, Sants Estació, was inaugurated in 1979. Designed by the architect Pedro Muguruza and the engineer Andreu Muntaner, it has an exquisite and luxurious interior. The elaborate art deco and art nouveau details make this place worth a visit alone. It’s no wonder that this building has been declared a Local Cultural Legacy by the City Hall of Barcelona.