The Top 10 Things To Do And See In Gràcia, Barcelona

A little bit outside the busiest part of the center, this neighborhood has managed to keep local in spite of the huge interest towards it. A relaxed and bohemian atmosphere makes you want to spend hours walking around, discovering the alternative side of Barcelona. There is a lot of life on the streets. Gràcia is trendy but it still holds a charming, village-kind feel. 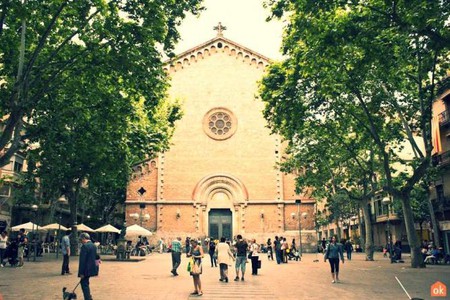 One of the most famous attractions in Barcelona is a park designed by Antonio Gaudí. A huge amount of people visit this park every day, but there are some spots that are quiet and offer an amazing view of Barcelona for a picnic on a Sunday afternoon. Gaudí’s mosaic buildings are breathtaking. However, there is a lot of nature, narrow paths, and beautiful flowers to be discovered too. Just remember to see past the sea of tourists to reveal the more local, calmer park Guell.

Cine Verdi offers movies in their original language, from widely-known films to more marginal ones. The theater has a different kind of feeling than the other cinemas. Cine Verdi is more old-school and nostalgic. They also have other cultural events besides ordinary movies so it is definitely worth finding out their program and spending the cold autumn evenings in the warmth of this theater.

Gràcia is the perfect place to buy organic food, eco-cosmetics, and clothing. The streets are full of tempting signs that will catch conscious a shopper’s eye. Vegan pastries, a small shop just for organic fruits and a hairdresser that colors only with henna. These are things that you are more likely to find in Gràcia than anywhere else in Barcelona.

One of the most beautiful and intimate plaças in the whole of Barcelona, especially when walking from the direction of Carrer de Torrijos, is Plaça de la Virreina. The street is framed by trees and lights, the slightly uphill walk ending at the church. When reaching the plaça, there are many cafés to taste some tapas or take a glass of wine enjoying the surroundings. Many street artists perform here and if nothing more usually you can at least see a happy dog playing with his owner in the slowly darkening evening. Gràcia at its best.

Rabipelao, a Venezuelan restaurant with good music and original atmosphere. Dishes may seem simple when reading the menu, but the taste combinations are authentic and make you want to come back again and again. The restaurant also offers fresh cocktails that are worth mentioning to accompany the food. The only thing to take into consideration is that you will not be the only one wanting to eat here, so it is better to come a bit earlier than locals usually do to make sure to get a table.

If you want to dance but the big night clubs are not for you, El Col-leccionista is the place to go. With alternative music and a small dance floor the venue is a great choice for a night out with friends. El Col-leccionista is usually packed with people but somehow there is always room for a few more on the dance floor, without the feeling of losing yourself in the crowd. El Col-leccionista also has many unique bands playing rather regularly, so you even have the opportunity to spot upcoming talents that are performing here.

This lively street with a lot of shops and restaurants has been voted one of the best streets in Barcelona. Carrer de Verdi goes through the barrio of Gràcia so merely by walking all the way along this street, it is possible to get an overall image of the neighborhood and its people. Be prepared to stop every once in a while when you spot an alluring vintage store or a little café. You will find things you would never have imagined from this street. Some stores might be on the expensive side because of the location but you will surely have a good time even only window-shopping. 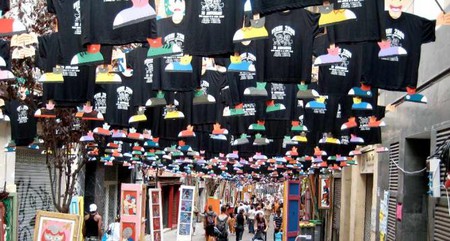 Cozy restaurant Cantina Mexicana offers homemade style Mexican food that is perfect for sharing. The staff is extremely friendly and will give the best recommendations. In the end, you feel more like sitting in someone’s living room instead of a restaurant. The food here is delicious and prices are reasonable, so it is definitely worth a visit while spending the evening in Gràcia.

Asa Vicens is another work by architectural genius Gaudí, located in the heart of Gràcia. Casa Vicens is not open to the public at the moment but for a Gaudí-enthusiastic, it’s an experience to see even from outside. In contrast with the other buildings in Gràcia, this castle-like house really stands out. Casa Vicens was one of the Gaudí’s first important works and therefore has special, historical value.

Another bar in the same street as El Col-leccionista, Cara B, is an excellent place to have a few beers and talk and listen to good music before heading further. The atmosphere is cozy and welcoming. Cara B has an excellent selection of beers and open mic nights, where it’s possible to witness the most touching performances or even perform yourself. The bar also serves as a concert venue for many hip bands, organizing gigs regularly. This is a venue with a lot of soul in it.