The Top 10 Beers to Try in Barcelona 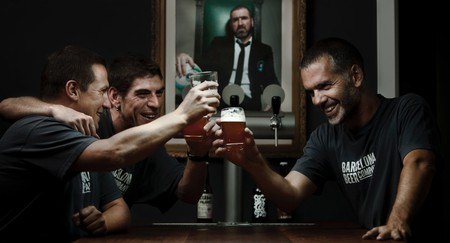 The craft beer scene took off some years ago in Barcelona and today there are a number of small batch and micro-breweries operating across the Catalan capital. Whether you’re a fan of hoppy IPAs or an old-fashioned lager, these are some of the best beers to sample when in Barcelona.

If you’re a fan of hoppy IPAs then Edge Brewery’s ‘Obligatory Double IPA‘ is definitely worth seeking out. With an IBU measure of 88 this is a relatively bitter beer and at 9.2% ABV it packs no small punch. The initial burst of tropical fruits on the nose comes to a nice smooth finish in the mouth. This is one to be savoured.

Another small brewery started in Barcelona, BarnaBrew recently opened a bar on the popular Parlament street in Sant Antoni. The Moreneta Blonde is a Belgian-style blonde beer with aromas of orange blossom from honey made in Catalonia. It was awarded the Gold Medal for Abbey/Trappist-style blonde beers in the 2014 Brussels Beer Challenge. 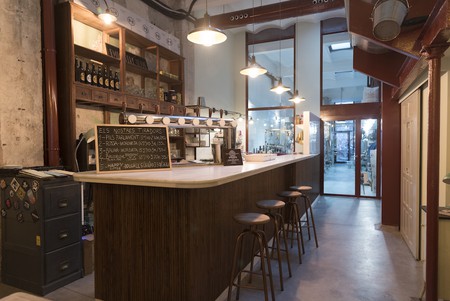 With a name like that, there was no chance of us not falling in love with Garage Beer Co.’s ‘Culture Trip’ beer. A Florida-style Berliner Weisse, this fruit sour beer is flavoured with raspberries for a smooth, red fruit finish. At 3.5% ABV this is a light beer with a crisp, refreshing flavour.

An easy drinking blonde ale, the ‘Bogatell Blonde‘ – named after Bogatell beach near Poblenou – is made using wheat and a special yeast from the south of Germany where beers of this kind are typical. Light and refreshing with a 4.9% ABV, the beer hasn’t been infused with fruit or spices, letting the cereals do all the talking instead. 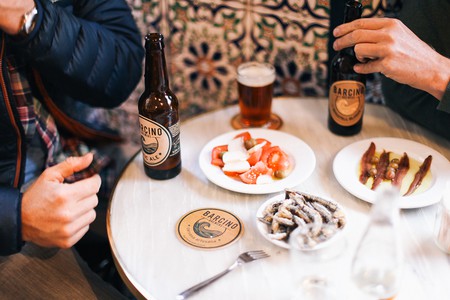 One of the first Brew Pubs in Barcelona, Blacklab is located by the waterfront of the Marina Port Vell harbour in the centre of Barcelona. The 1480 is a malty American Pale Ale with a fair amount of hops to give it just the right amount of bitterness and complexity. The perfect accompaniment to one of Blacklab’s famous burgers or BBQ ribs.

Homo Sibaris is not your typical Barcelona craft beer bar. Located in the off-the-beaten-track neighbourhood of Sants, the bar has a mostly local clientele and was one of the first places to introduce craft beer to the capital. The Sants beer is a tribute to their own neighbourhood and is a full-flavoured unfiltered bitter. 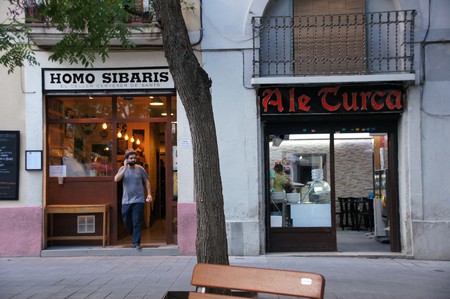 This Barcelona branch of the Danish brewery Mikkeler has some 24 taps serving a selection of Mikkeler beers, as well as other small batch breweries. The Eixample Pils owes its name to the Eixample neighbourhood of Barcelona where the Mikkeler bar is located. A Czech-style Pilsener with fresh, floral aroma, it’s a refreshing modern Pils.

This small artisan brewery based in Barcelona prides itself on making good, honest beers inspired by the city it’s based in. The ‘Cerdos Voladores’ or ‘Flying Pigs’ beer is a 6% ABV pale ale made using natural spring water from the Montseny natural park in Catalonia. 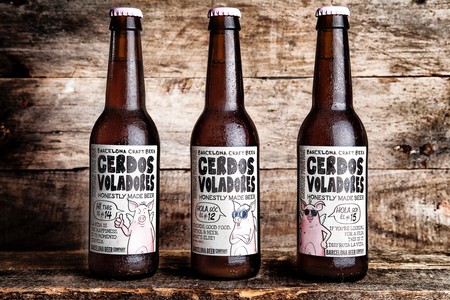 Perhaps the most popular beer in Barcelona, you’ll see the gold star of Estrella nearly everywhere you go. The biggest and most commercially distributed lager made in Barcelona, Estrella Damm has been made to the same recipe since 1870. Not the most interesting of beers but if you’re going to try it anywhere you might as well do so in Barcelona.

While not a small batch brewery, Moritz is nonetheless much less widely distributed than its rival Estrella Damm. The classic Moritz beer is a low fermentation pilsner with noticeable hops and hints of citrus and a slightly sweet aftertaste. The Moritz factory in the Sant Antoni neighbourhood is no longer the main site of production but is today a popular place to grab a drink and soak up some of the brewery atmosphere. 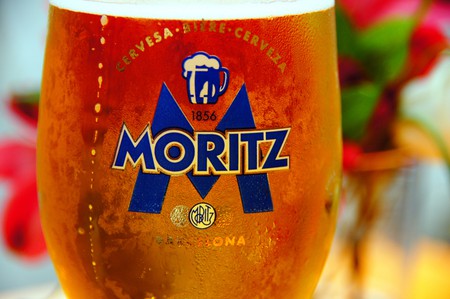