The Top 10 Art Galleries in Spain

From Golden Age masters to contemporary icons, Spain is home to many artistic greats, many of which are housed in the country’s excellent art galleries. Whether you’re into Dalí, Picasso or Velázquez, here are the best places to find your favored artworks.

The Museo del Prado in Madrid opened its doors to the public as a painting and sculpture museum in November 1819. The museum’s main pieces came from the royal collection, which included paintings such as The Garden of Earthly Delights by Bosch, as well as works by El Greco, Velázquez, Reubens and Goya. Today, the Prado’s collection comprises 8,600 paintings and over 700 sculptures. Paintings from the Spanish, Italian and Flemish schools are particularly well-represented. Don’t miss Spanish masters Diego de Velázquez (whose Las Meninas is one of the Prado’s most famous works) and Francisco de Goya, whose Black Paintings are displayed in their own room for the ultimate immersive experience. 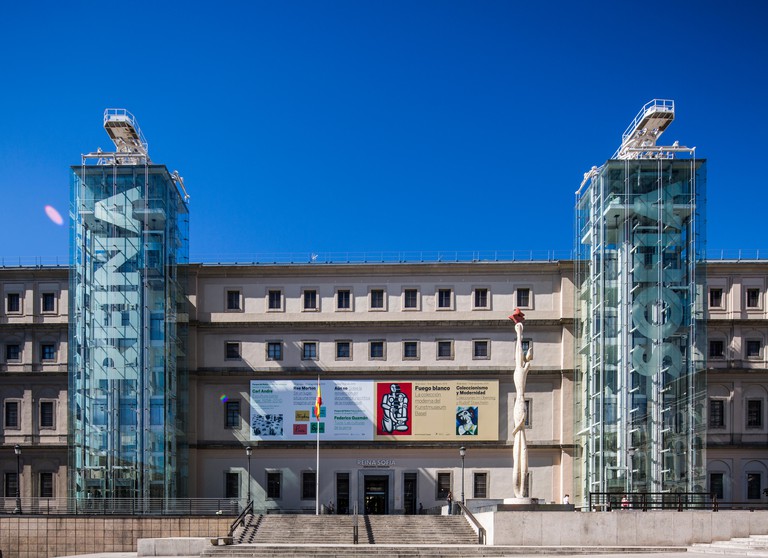 © B.O'Kane / Alamy Stock Photo
Book Now
Madrid’s museum of contemporary art, named after the former Spanish queen, was opened in 1992 and includes many works by 20th century Spanish artists such as Pablo Picasso and Salvador Dalí. The highlight for most is Guernica, Picasso’s powerful depiction of the bombing of the Basque town of the same name during the Spanish Civil War. The gallery also features the work of many international artists, including Francis Bacon, Damien Hirst, Paul Klee, Mark Rothko and Diego Rivera.

Book Now
The third museum (along with the Prado and the Reina Sofia) in Madrid’s ‘Golden Triangle’ of art galleries, the Thyssen-Bornemisza started as the private collection of Heinrich Thyssen, a German-Hungarian entrepreneur and art collector, who brought many European works back to the continent having acquired them from American millionaires struggling during the Great Depression. The collection was later expanded by his son, who, when he married Spaniard Carmen Cervera in 1985, moved the majority of the collection to Spain. The Thyssen-Bornemisza museum opened in 1992 and today, its collection spans eight centuries of painting. Works include those by Caravaggio, Rubens and Rembrandt, impressionist pieces by Monet, Renoir and Degas, and modernist works by Kandinsky, Edward Hopper and Jackson Pollock. 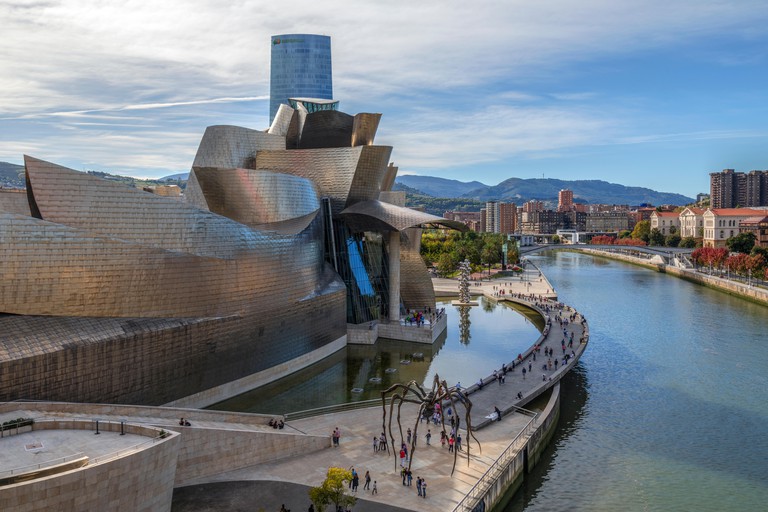 © Joana Kruse / Alamy Stock Photo
Book Now
Bilbao’s Guggenheim Museum, designed by Frank Gehry, became an icon of modern architecture on its opening in 1997, its glass and titanium curved, boat-shaped structure harking back to the city’s strong industrial and seafaring heritage. Its exterior might be more famous than the exhibitions within, but the Guggenheim is a centre for contemporary art, including permanent and temporary displays. Outside, sculptures including Puppy by Jeff Koons and Maman, a giant spider, by Louise Bourgeois. Inside, the buildings high-ceilinged, cavernous spaces lend themselves to large scale works, such as Richard Serra’s installation The Matter of Time. 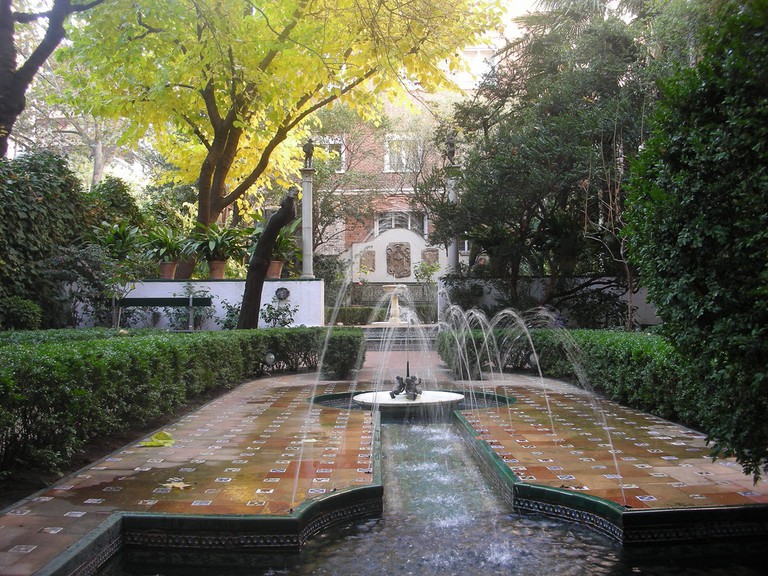 The garden at the Museo Sorolla | © Bart van Poll/Flickr
One of Madrid’s hidden gems, the Sorolla Museum is dedicated to the life of Spanish artist Joaquín Sorolla. The former home and studio of the painter contains the best collection of his works in existence, as well as objects he collected throughout his life. Sorolla (1863-1923) is known mainly for his landscapes, portraits and works dealing with historical and social themes. One of the highlights of the museum, aside from the paintings, is its beautiful gardens, a secret oasis in the heart of Madrid. 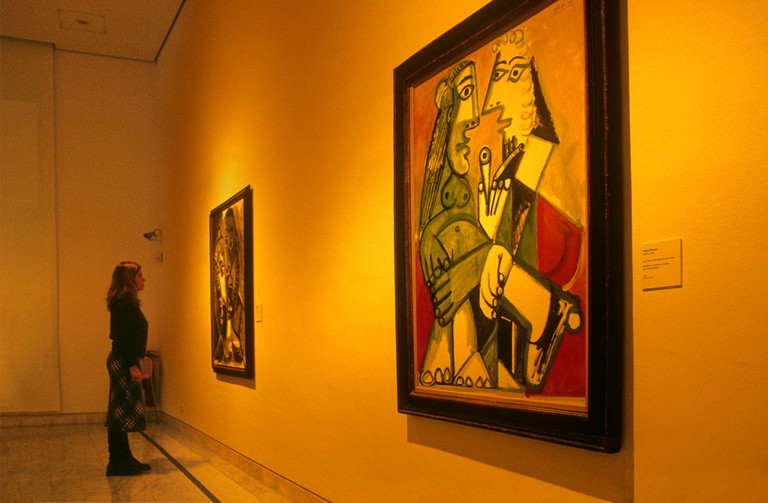 The Picasso Museum has over 4,000 works by Picasso | © Lucas Vallecillos / Alamy Stock Photo
Book Now
The Picasso Museum in Barcelona houses one of the most complete permanent collections of the Spanish artist’s works, with a particular focus on his early years. The museum, opened in 1963, is housed in five adjoining medieval palaces in the La Ribera area of the city. Its permanent collection features Picasso’s early major works The First Communion (1896) and Science and Charity (1897) The works are split into different areas, including the early years, training, the Blue Period, works focusing on Barcelona and Las Meninas, Picasso’s series reinterpreting Veláquez’s famous work. 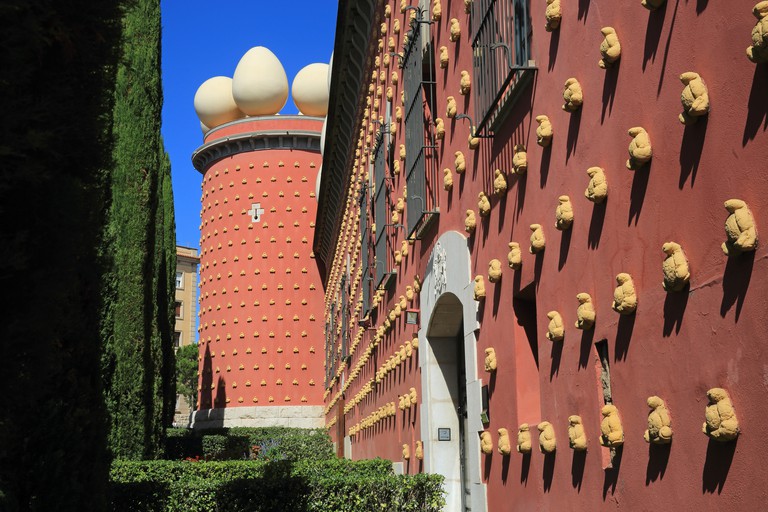 When Spanish surrealist painter Salvador Dalí came across the old municipal theatre of the town of Figueres, north-eastern Spain, he thought it would make a wonderful museum. He set about shaping it into a singular vision, a place to display all his artistic whims. Everything inside the gallery was designed by Dalí to draw visitors into his unique and surreal world. The museum has a comprehensive collection of the artist’s work, from his early beginnings, to paintings and sculptures made in his later life. But it is the gallery itself that embodies Dalí completely; it is considered his last great work and the place he chose to be buried. 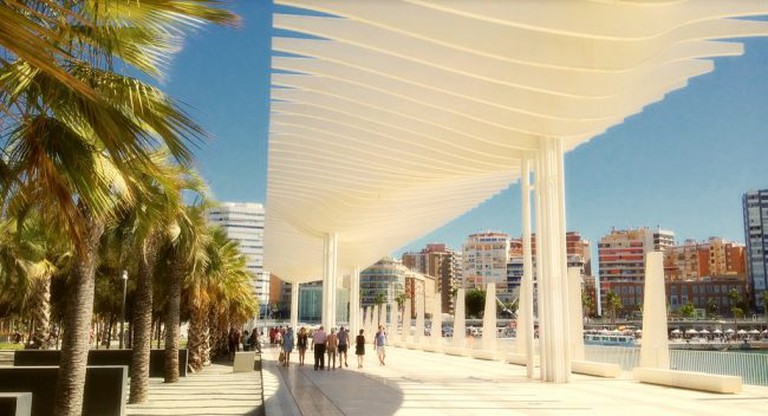 Málaga port's stunning 'Palm Garden of Surprises' | © Nick Kenrick/Flickr
Away from its beachy image, Málaga, on Spain’s southern coast is one of Spain’s most exciting artistic centres, with a host of excellent galleries to explore, including an outpost of Saint Petersburg’s Hermitage Museum and an innovative outpost of Paris’ Pompidou Centre. The Málaga Pompidou Centre is housed in a multicoloured cube by the city’s port area. Its permanent collection features artists including Francis Bacon and Marc Chagall and the city’s most famous son, Pablo Picasso. 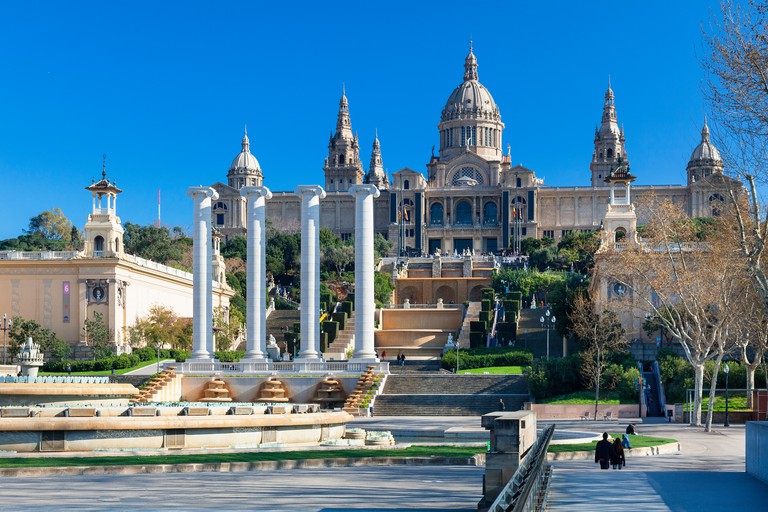 The Museu Nacional d’Art de Catalunya opened in 1934 | © JOHN KELLERMAN / Alamy Stock Photo
Book Now
The Museu Nacional d’Art de Catalunya is located in the grand Palau Nacional of Montjuïc, built for the International Exhibition of 1929. Since the gallery opened its doors in 1934 it has gradually amassed works that encompass over 1,000 years of art, from its medieval collections right up to present day contemporary art and photography. Highlights include the collection of 11th to 13th century Romanesque mural paintings, the oldest and biggest in Europe and its collection of Catalan modernism, such as Barcelona’s most famous artist and architect, Antoni Gaudí.

The Institut Valencià d’Art Modern, opened in 1989 was Spain’s first centre for modern art. Its collection comprises over 11,000 pieces that span the 20th century, and the continents. The collection is split into eight different themes, focusing on different areas in the development on contemporary art. One theme centres around Catalan sculptor Julio González, an important reference at the beginning of contemporary art in Spain and Valencia who was famous for modern sculptures made from iron. Other themes include artists such as Man Ray, Marcel Duchamp and the Dadaists, and photographers Robert Frank and Cindy Sherman.