The Things to Do for Free in Lanzarote

Volcan El Cuervo | © Eddy Genne / Wikimedia Commons
Everyone loves a freebie, especially when you’ve already shelled out a sizeable sum to go on holiday. And luckily for the budget-conscious traveller visiting the island of Lanzarote, there are plenty of things to see and do gratis. Here is a selection of our favourites.

The Casa-Museo del Campesino is a museum dedicated to the history of traditional peasant farming in Lanzarote. The gleaming white building was designed by local artist and architect Cesar Manrique, and next to the museum stands the artist’s much-photographed sculpture, El Monumento Fecundidad al Campesino Lanzaroteño – a 15-metre tall, totem-pole-like monument to fertility. Entrance to the museum is free, and there are exhibitions relating to local crafts, traditions within the peasant farming communities, and the history of agriculture on the island. And if you find yourself in need of refreshment, a stairwell in the centre of the courtyard leads down into a volcanic cave housing the museum’s restaurant. 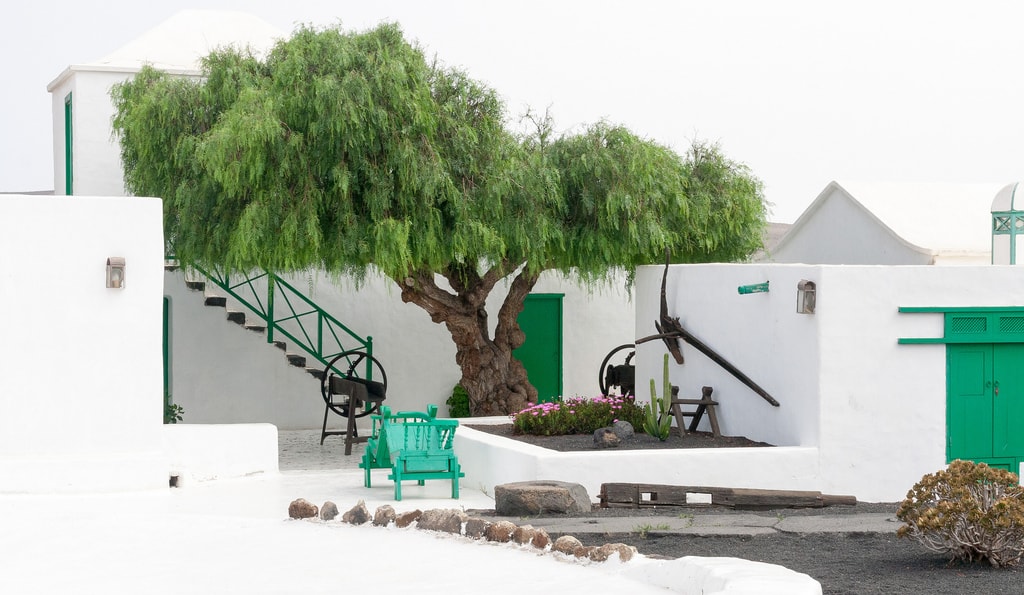 Sunset over the salt pans

The Salinas del Janubio are Lanzarote’s only commercial salt works, originally producing salt to preserve fish in the days before refrigeration. There is a large green lagoon and numerous rectangular salt pans, with water at differing levels, creating the effect of a large patchwork quilt of shallow pools in shades of pink, grey and white. It is a particularly mesmerising place to watch the sun set, as the colours of the sky are reflected in the salt pans, creating wonderfully shimmering fields of light. 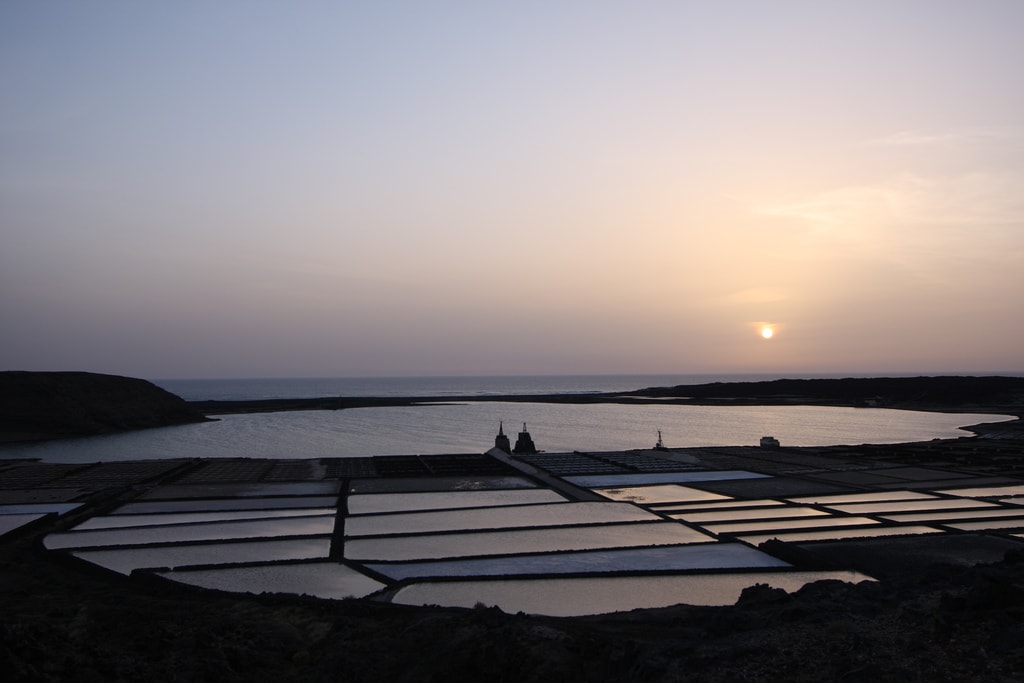 Browse the flea market at Teguise

Market, Bazaar
Sunday is market day in Teguise, the island’s former capital, and the streets are buzzing with people browsing Lanzarote’s biggest flea market. This riotously colourful market contrasts fabulously with the traditional white buildings behind, and stalls sell everything from crafts, to foods, to bric-a-brac. Local artists often sell their works here, and there are many handwoven baskets, local cheeses and wines. When you are done browsing, it’s worth taking some time to have a look around Teguise and its historic streets and squares.
More Info
Open In Google Maps
s/n Plaza Clavijo y Fajardo, Teguise, Canarias, 35530, Spain
+34928845317
View menu
Visit website
Visit Facebook page
Send an Email
Give us feedback

As natural wonders go, Los Hervideros can be a jaw-dropping sight at times of rough seas. This series of underground caves, created by lava flow, makes the sea appear to bubble and boil as the strong waves push the water into the maze of caves with huge force. The sucking and pounding noises of the waves hitting the rocks and being drawn into the caves is quite bizarre (and incredibly loud) and the sea-spray often flies metres into the air while you watch the spectacle from the paths on top of the cliffs. 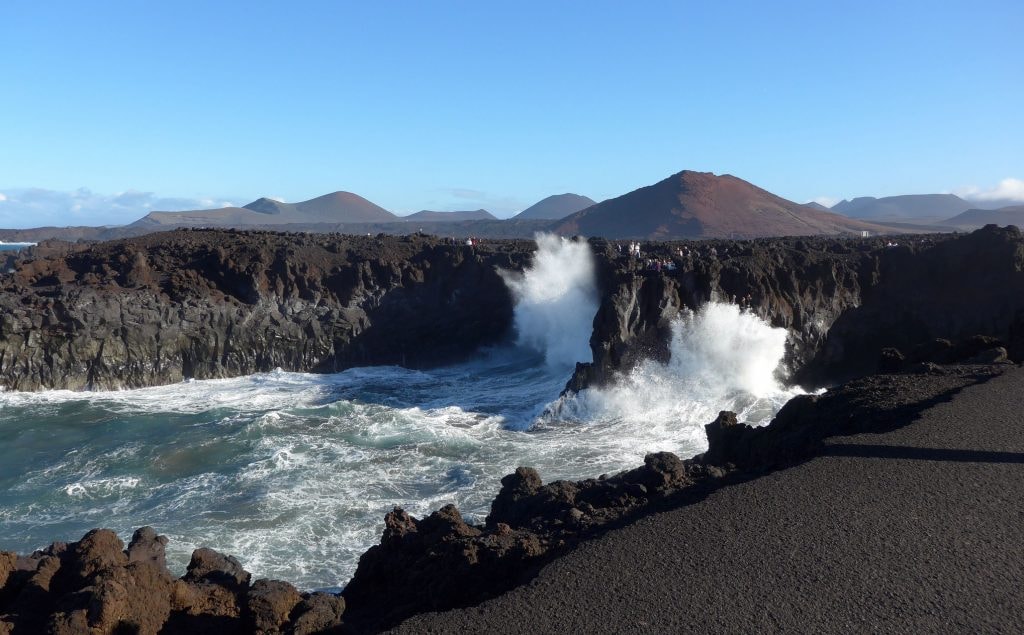 If you’re in the capital Arrecife and looking for places to visit, try walking the pedestrian causeway and crossing the drawbridge to Castillo San Gabriel. Entry to the castle is free for kids and over 65s (there’s a nominal fee for all others) and you can wander the ancient rooms and visit the small museum exhibiting artefacts relating to Los Majos – Lanzarote’s original inhabitants. Jutting out into the sea and looking towards the Atlantic, the castle was built to protect the island from pirates – the stone building was constructed in the 16th century to replace an earlier wooden castle on the site which was burnt to the ground by pirates. 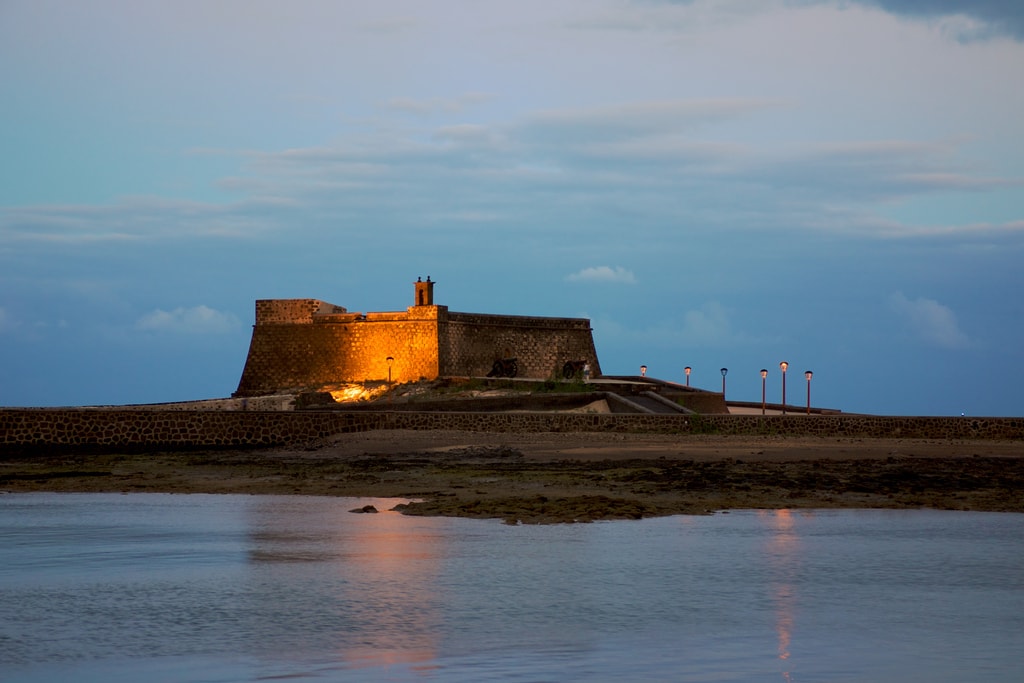 The Canary Islands has one of the best-established surf scenes in Europe. And it’s no surprise, with scores of stretches of coastline offering numerous surfing opportunities for everyone from total novices to seasoned experts. Located on Lanzarote’s northwestern coast, La Santa is one of the island’s best year-round surf spots. Entry to the water can be tricky, but conditions mean consistently good quality waves. The swell can be strong with a steep bottom, so it’s not one for beginners, though it attracts a constant stream of local and experienced surfers.

The Valley of the Thousand Palms

The traditional whitewashed village of Haría, lies in what is known as the valley of the thousand palms, due to the abundance of lush and fertile palm trees in the surrounding lands – a stark contrast to the barren volcanic landscape elsewhere. A very picturesque place to wander around, the village remains relatively untouched by tourism. It is a popular place for artists, home to a few galleries and craft shops, and the local church houses a small museum dedicated to sacred art. Famed local artist Cesar Manrique retired to Haría and is buried there. 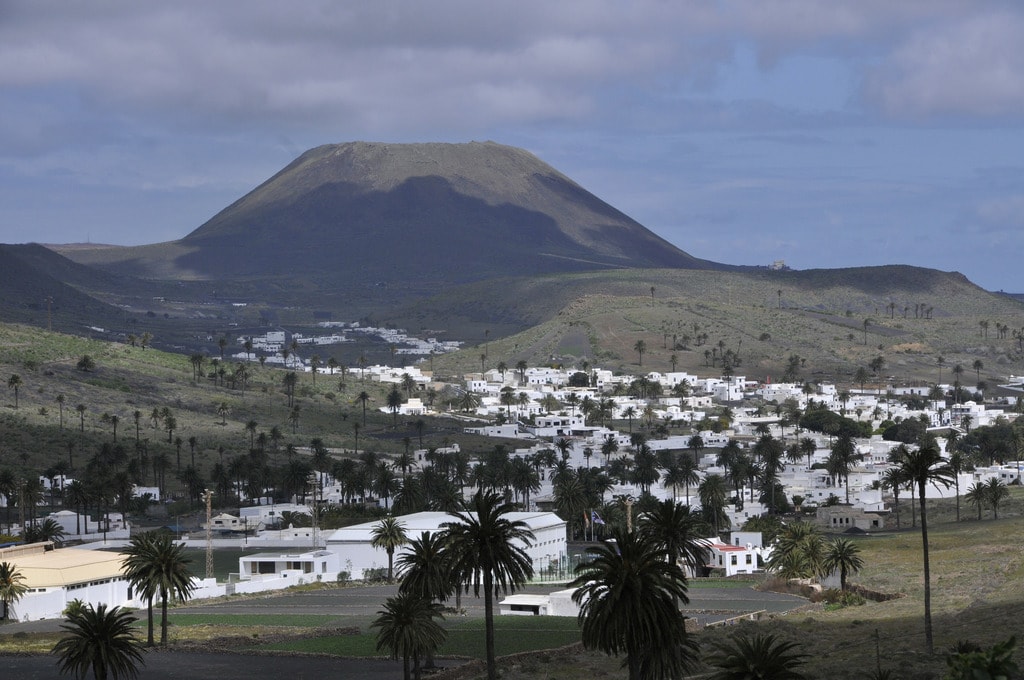 There are many volcanoes in Lanzarote, and you may wish to see one up close. If that’s the case, go to el Volcan El Cuervo, where you can actually walk inside the crater. The hike to and around the volcano provides splendid views over the surrounding lunar landscapes, though nothing beats the feeling of climbing into the volcano’s mouth.