The Tale Behind Madrid's Most Lavish Palace 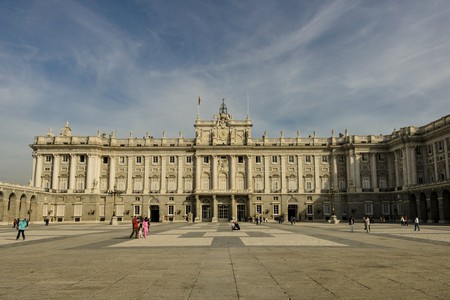 Madrid’s Royal Palace has a tumultuous and fascinating history. From its beginnings as a Moorish fortress long before Madrid was the capital of Spain to its rebuilding as the largest royal palace in Europe.

Well before Madrid was the capital of Spain, the site of today’s Royal Palace was originally home to a 9th-century alcázar, or fortress, built by Emir Mohamed I. The Moorish leader chose the site, in what was then Mayrit, to protect Toledo from Christians who were advancing from the north.

Remains of the city’s Moorish walls, one of Madrid’s oldest monuments which surrounded the alcázar, can still be seen in the Emir Mohamed I Park, next to the Almudena Cathedral. 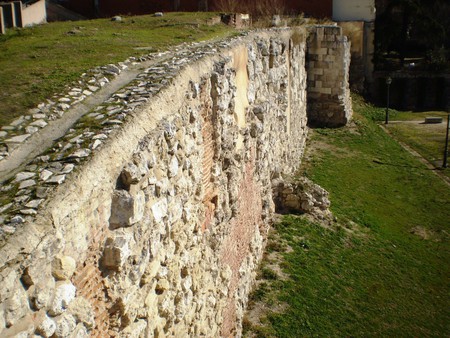 The building was used by Christian kings until it was turned into a permanent residence for the Royal Family by Charles I and Philip II, who moved the capital to Madrid in 1561.

On Christmas Eve, 1734 a fire ripped through the alcázar, burning it to the ground. The fire was not detected fast enough, supposedly due to the warning bells being confused with the calls to Christmas Eve mass.

Many important paintings were destroyed, while others, such as the most famous work of court painter Diego Velázquez, Las Meninas, now displayed in the Prado Museum, were saved by being thrown out of the window.

While the fire began in the rooms of painter Jean Ranc, rumour has it that the Bourbons weren’t too sad to see the palace go – they had much grander plans for the new royal residence.

The Royal Palace as we know it today was built on the orders of Philip V, Spain’s first king from the French house of Bourbon, in a distinctly French style. The design was overseen by Italian architect Filippo Juvarra, whose plans were similar to the grand French Palace of Versailles. After Juvarra’s death, the project was managed by his pupil, Juan Bautista Sachetti, who would be the one to eventually draw up the final plans.

Italian architect Francesco Sabatini also worked on the palace; despite the fact that the Sabatini Gardens, to the right of the palace, bear his name, they were created in the 1930s on the site of the royal stables, which were designed by Sabatini. 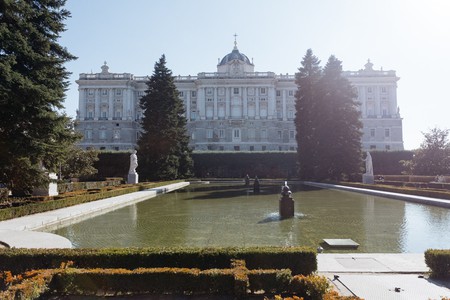 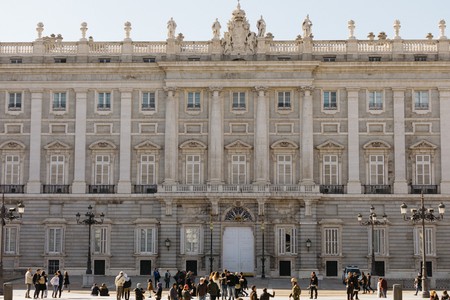 The statues of 44 Medieval kings that line the Plaza de Oriente, in front of the palace, were actually supposed to be displayed on the balustrade of the palace. There are several stories that explain why they didn’t make it onto the palace. One says that Charles III had them removed because his wife, Queen Maria, dreamed that they attacked her. Another more practical explanation is that the palace architects thought the statues would be too heavy for the building’s foundations, so they were kept on the ground. 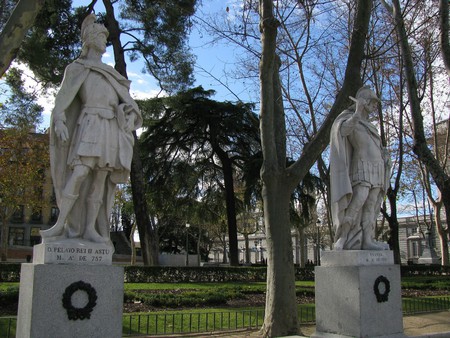 The ground floor of the palace features the Royal Library, Royal Pharmacy and the Royal Armoury, considered to be one of the most comprehensive in the world – its collection spans the 13th century to the present day.

The first floor is home to the apartments of King Charles II, the Queen’s apartments and banquet hall, complete with stunning fresco ceilings, the Royal Chapel and Crown Room.

In October 2017, the Royal Kitchen opened to the public after major renovations. The huge kitchens have preserved pieces used over the centuries, including royal paella pans.

These days, Spain’s Royal Family – King Felipe, Queen Letizia and their two daughters – choose to live in the slightly more modest Zarzuela Palace on the outskirts of the city. They use the Royal Palace for state occasions only. The couple did have their wedding reception in the grand surroundings of the palace, however.

The Royal Palace is one of Madrid’s most popular tourist spots and is open to the public Monday to Sunday, 10am to 8pm. 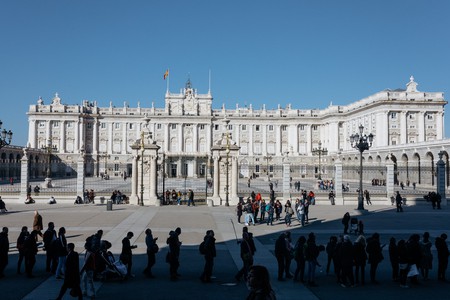 The Royal Palace | © Culture Trip
Give us feedback