The Story Behind Why Barcelona Played Behind Closed Doors 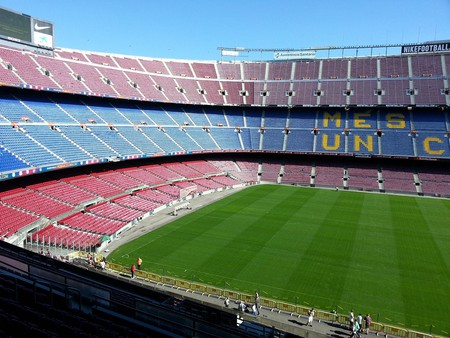 A few months ago, the world-famous FC Barcelona football team confronted the Las Palmas team in what would normally have been an ordinary match, only this time, the game took place behind closed doors, and there was not a single fan on site at the 99,000-seat Camp Nou stadium. Here’s the full story behind this incredible football match, which still divides fans today.

Had it been on any other day, there would have been nothing remarkable about the match, between opposing Catalan superstars FC Barcelona and their Balearic counterparts UD Las Palmas. The Barcelona team cruised to victory 3–o thanks to goals by Lionel Messi and Sergio Busquets, but this didn’t stop the atmosphere from being altogether more sombre than usual.

The fact is that the match took place on Sunday October 1, the day of the proposed referendum on Catalan independence. The referendum had been announced by the Catalan government, but was immediately condemned by the Spanish government, who declared the vote unconstitutional.

The question of independence is one that has occupied the hearts and minds of many Catalans since as far back as the early 20th century. However, in recent years, amid growing tensions with the central government in Madrid, calls for a referendum on the issue have escalated. Partisans of an independent Catalan republic hoped that, were the referendum to be successful, the Catalan government would be able to declare an independent Catalan state. 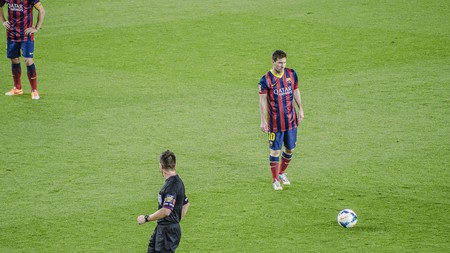 Lionel Messi is one of Barça’s top players | © enric.lamarca.rizo@gmail.com / Flickr

However, from the point of view of the central government, and of many Spaniards, any referendum on the matter of independence would be unconstitutional, as the Spanish constitution guarantees the ‘the indissoluble unity of the Spanish nation’. Therefore, Madrid had announced that the proposed referendum on October 1 was illegal and that it would shut down any efforts to take part in the action.

Tensions inside and outside the stadium

All this meant that the situation was anything but ordinary as FC Barcelona prepared to confront Las Palmas in their home stadium Camp Nou. In fact, Barcelona had previously requested that the match be suspended, as they believed it would not be appropriate to play on such a sensitive day. 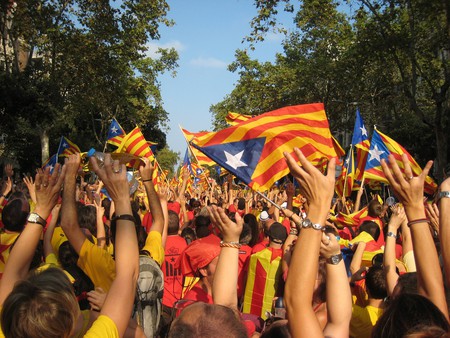 However, the official Spanish football organisation La Liga rejected the Catalan team’s plea and said it would impose a tough six-point penalty on the team if they refused to play. Reluctantly, the Barcelona players agreed to go ahead with the match.

As the day progressed, images circulated on social media of police violence in polling stations as they attempted to shut down all referendum activities. And so, some 25 minutes before the game was due to start, the club announced that they would go ahead with the game only under the condition that the match be played behind closed doors.

The team released a statement saying that ‘FC Barcelona condemns the events which have taken place in many parts of Catalonia today in order to prevent its citizens exercising their democratic right to free expression’.

For its part, Las Palmas came out in support of Spanish unity by announcing before the game that players would be wearing the Spanish flag on their jerseys, and issued a statement explaining its motivations on its official website.

Although the Barcelona team won that day, for many of the players this was a sad day in the history of the city. A visibly emotional Gerard Piqué gave an interview after the match, in which he suggested that he could no longer play for Spain after seeing the day’s events.

The referendum was ultimately discarded by the Spanish government, and today the former leader of the Catalan parliament, Carles Puigdemont, remains in self-imposed exile in Brussels. Many of the Catalan politicians who organised and supported the referendum have since been imprisoned on sedition charges, and a snap election on December 21, 2017 has yet to produce a new local government.