The Story Behind the Telefónica Building, Spain's First Skyscraper 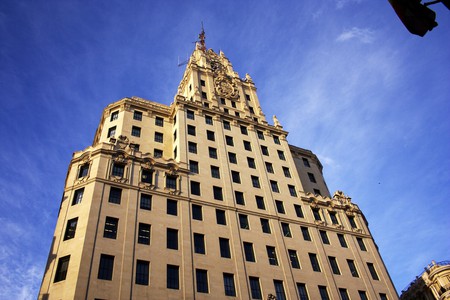 From its 1920s construction and opening as one of the highest skyscrapers in Europe to its battering during the Spanish Civil War and modern revival, discover the story behind Madrid’s iconic Telefónica Building. 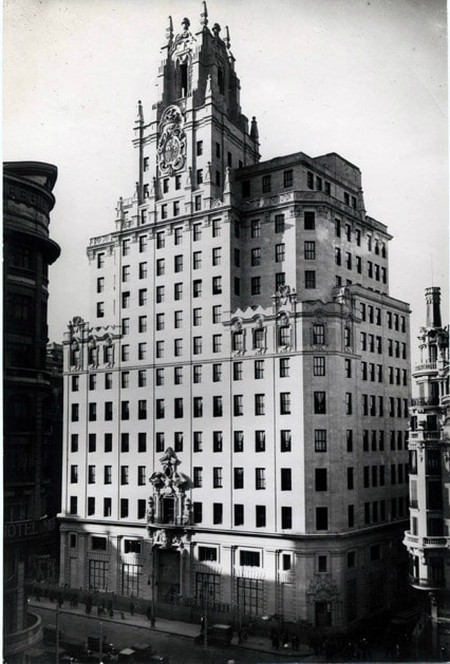 The Telefónica Building in 1929. Courtesy Telefónica.

When the Edificio Telefónica opened its doors on January 1, 1930, it was Europe’s tallest building, at 90 metres (295 feet) high and with 14 storeys. Its architect, Ignacio de Cárdenas, was inspired by the great – and recently built – skyscrapers of New York City.

Construction began in 1927 and the building would take under three years to complete. 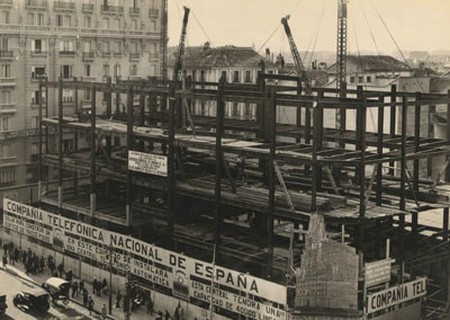 The building quickly became the hub of telecommunications in Spain and it was from here, in 1928, before the building was even fully finished, that the country’s first transatlantic telephone call was made – between Spanish King Alfonso XIII and US President Calvin Coolidge, who was waiting patiently at Washington’s Chamber of Commerce. 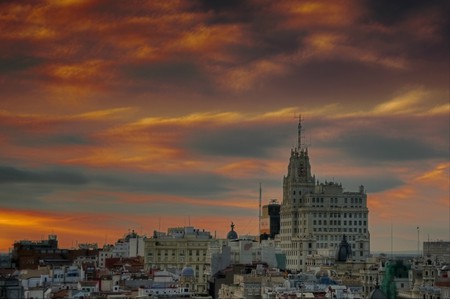 During the Spanish Civil War (1936-1939) the Telefónica Building was a prime target of Nationalist bombing, because of its status as the country’s biggest communications company and its great height and position close to the enemy line. The building’s basements were used as air raid shelters during the war. The Telefónica Building was targeted many times, and after each attack, architect Ignacio de Cárdenas would order his workers to get straight onto fixing the latest damage to the building.

Republican forces used the Telefónica Building as a viewpoint from where they could monitor the position of Francoist troops who were embedded on the outskirts of the city. 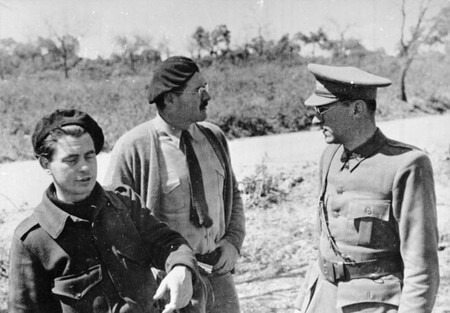 The Gran Vía, Madrid’s major avenue on which the Telefónica Building sits, was nicknamed Howitzer Alley during the war because of the amount of shelling it received. Foreign correspondents like Ernest Hemingway, Antoine De Saint-Exupéry and Martha Gellhorn had to run along the dangerous street to the Telefónica Building to file their reports from the Office of Foreign Press, which was located in the building. 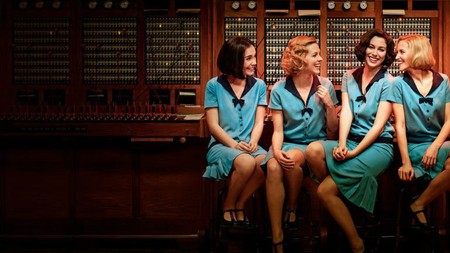 The first transatlantic telephone call, between Spanish King Alfonso XIII and US President Calvin Coolidge, is dramatised in the Netflix series Cable Girls, which tells the stories of the switchboard operators who worked in the Telefónica Building.

The company employed over 1,000 people, many of them women who operated the switchboards, connecting calls. It was still unusual for women to work in the late ’20s and early ’30s, so these women forged a pioneering path that coincided with a growing freedom for women in Spanish society. 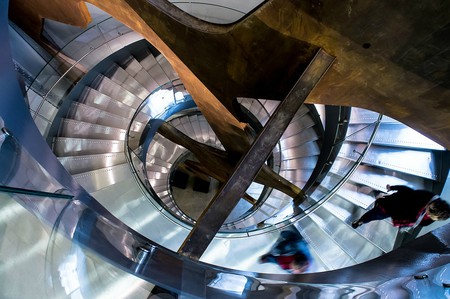 Inside the Telefónica Foundation today | ©r2hox/Flickr

Today, as well as housing the flagship branch of Movistar, Spain’s biggest mobile phone operator, the building is home to the Telefónica Foundation, a four-storey space that holds regular exhibitions and talks, all free to the public, as well as a permanent exhibition on the history of telecommunications.

It is a fascinating space and one of Madrid’s lesser-known cultural hubs.