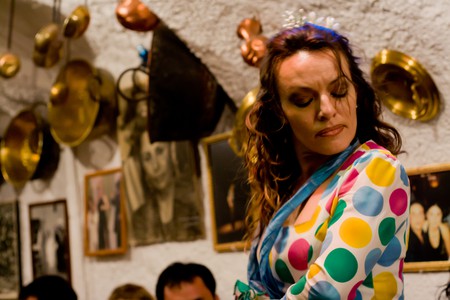 The cave-studded neighbourhood of Sacromonte (“The Sacred Mount”) is spread out over the dusty, cacti-studded countryside high above Granada. This other-worldly barrio is home to many of Granada’s Gypsies, as well as artists, intellectuals and misfits from all over the world. Discover the story of this unique area.

The official history of Sacromonte is murky and there are different accounts of when exactly the first caves were carved into the hillside. According to some, it was only when the Gypsies – or gitanos – settled in Granada after the expulsion of the Moors by Ferdinand and Isabella in 1492; yet other versions hold that Granada’s Arabic inhabitants had discovered long before then that the soft earth of the Valparaíso valley was ideal for carving out dwellings. Either way, by the beginning of the 16th century, there was a sizeable Gypsy population living on the hillside opposite the Alhambra. Large families occupied the caves, alongside the livestock on which they often depended to make a living; there was a main room for eating and cooking, a larder, often only one bedroom and a room for the animals. 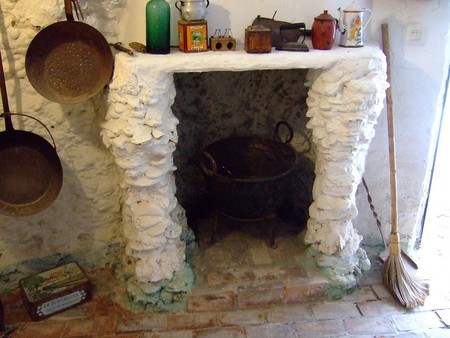 Kitchen in a typical cave dwelling in Sacromonte; Ramallo, pixabay

The Gypsies also brought with them a distinctive type of flamenco known as zambra – a raw, passionate art in which the dancer is barefoot and brandishes hand-castanets. Zambra performances are staged nightly in the many tablaos – bars or small theatres–that line Sacromonte’s only proper street, the Camino del Sacromonte, and although locals are likely to tell you they don’t show “true” flamenco, they will give you a good idea of what this intense, challenging dance is like. Venta el Gallo is recommended, and also has a roof terrace from which you can enjoy a stunning perspective on the Alhambra and Darro valley. The “true” flamenco, incidentally, is to be found (so the locals say) in private homes in the early hours of the morning, when large groups of gitanos break out into spontaneous, booze-fuelled sessions of singing and dancing that last until dawn. 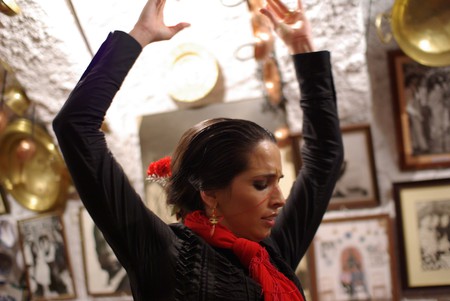 Usually, such gitano parties are difficult for the outsider to access, but during Sacromonte’s Easter celebrations they break out on the streets too. The procession of the Gypsy Christ is usually held midway through Granada’s week-long Semana Santa (“Holy Week”) celebrations and is one of the barrio’s most important social occasions. Sacromonte’s most famous daughter, the flamenco singer Estrella Morente – daughter of the legendary Enrique Morente – often attends and sings emotionally charged saetas (tributes to the Virgin Mary) from a balcony as the Gypsy Christ is carried along a route lined with bonfires.

Though many of Sacromonte’s dappled white cave-dwellings are now available to rent, either as permanent residences or holiday homes, and and are kitted out with wifi, TV and fully functioning kitchens and bathrooms, you can see them as they would have been originally in the Museo Cuevas del Sacromonte. This superb museum is situated at the top of the hill and offers visitors the chance to look around ten caves that have been rendered as they would have been when the Gypsies first settled in Sacromonte. As you’ll see when wandering around this incomparable neighbourhood, though, life here hasn’t changed much since then – and Sacromonte is all the more charming and beautiful because of it. 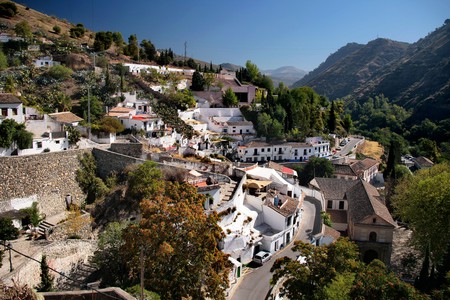