The Spirited History Of The Vermouth De Reus

Stroll through Barcelona on a sunny Sunday, and you can be sure to stumble across crowds of people sitting outside on terraces enjoying a bottle of vermouth with their friends. The ‘vermuteo‘ – as the practice is called – is enjoying a true revival in Barcelona and other major cities in Spain and elsewhere. As popular as it is today, this spirited drink has a long history with origins in Germany and Italy as well as the Catalan city of Reus. Find out more about what makes the ‘vermut de Reus‘ so special.

The etymological origin of ‘vermouth’ comes from the German word ‘wermut‘ – the name of the most important herb (Artemisia absinthium) used in the production of this fortified wine, providing it with its distinctive bitter taste. The ‘wermut‘ – or wormwood in English – is also used for the production of absinthe. The process of production is based on an infusion of herbs and fruits with white wine. Originally, vermouth was used for medicinal purposes, but in the 18th century, when the beverage arrived in Italy, the use changed. It was in the north of Italy, specifically in Torino, where vermouth started to be served as an alcoholic beverage. This is how Torino became the most important capital of production of vermouth in the world, and it’s now home to some of the most world-famous brands such as Martini or Cinzano. 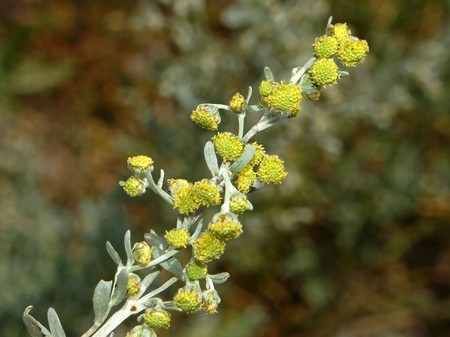 In the 19th century, vermouth was introduced to the Catalan market. The first place where vermouth arrived from Italy was Barcelona, concretely in the district of Sant Marti. The drink’s popularity expanded rapidly across Catalonia and made its way to the provincial city of Reus. At that time, Reus was one of the most important capitals of liquor production in the world, competing at the same level as Paris and London. It was ‘the golden age’ for the production of alcoholic beverages, and vermouth arrived on the scene at the right time. During the 19th and 20th centuries, there were over 30 vermouth producers in Reus alone, and the passion for the production and exportation of the bitter beverage was immense. So much so that one of the local producers, the Rofes factory, had its wine cellar connected to the train station through special tunnels to export the product all over Spain. Although the space today no longer operates as a vermouth factory, it is home to a restaurant of the same name, Rofes, where guests can enjoy some typical Catalonian dishes and, of course, a glass of vermouth to accompany it all. 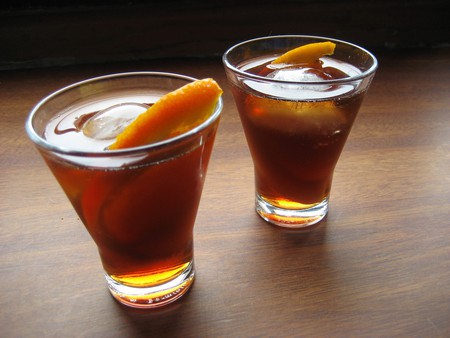 How To Enjoy Vermouth In Reus

Since the 19th century, vermouth has never ceased to be a popular drink in Reus. For this reason, the city is perhaps one of the best places to enjoy a vermouth and discover some of the most authentic brands still around today. Nowadays, there are three wineries from Reus which export the drink on an international level; Yzaguirre, Iris (Muller) and Miró. If visiting Reus, the best way to enjoy a vermouth is on one of the popular terraces on Mercadal Square, the most symbolic square of Reus, and if possible, as an apéritif before lunchtime! Remember that the word ‘vermouth’ is not only used to refer to the drink itself but also the ever-sacred ritual of enjoying a vermouth alongside some small things to eat before lunch or dinner. Popular options are crisps, olives and tinned produce such as clams or mussels. It’s the best moment to enjoy the good company of friends, the warm weather and free time. Another place to delight in the good ritual of vermouth is El Museu del Vermut, a space where visitors can see the private collection of bottles and labels owned by Joan Tàpias, one of the biggest collectors of vermouth bottles in the world. 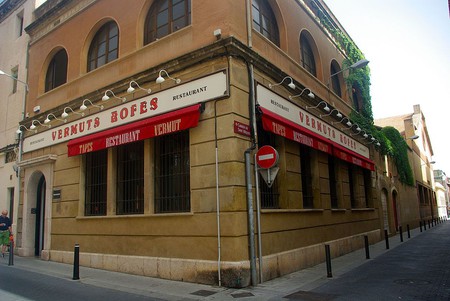 The Rofes restaurant today | © Magenri / WikiCommons
Give us feedback