The Quest For The Grave of Federico Garcia Lorca, Spain's Greatest Poet 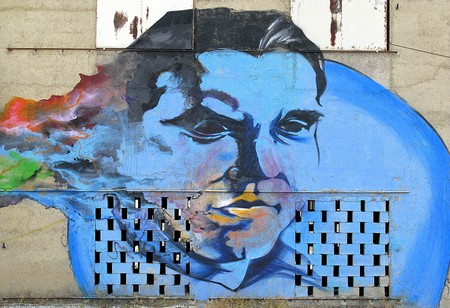 A spray-paint mural of Federico Garcia Lorca on a barn in his birthplace of Granada; Spencer Means/flickr

Last August, an Argentinian judge named Maria Servini de Cubria ordered an investigation into the whereabouts of the grave of Federico Garcia Lorca, the Granada-born poet murdered during Spain’s 1936-39 Civil War. Yet over a year later, his remains still haven’t been found. Is there an end in sight to the 81-year search for the grave of Spain’s greatest poet?

Often described as the finest poet in modern Spanish history, Lorca is believed to have been executed by Franco-backed soldiers near his beloved hometown of Granada in August 1936. But his remains have never been found and the exact reasons for this death remain obscure. Spain’s Association for the Recuperation of Historical Memory (ARMH), an organisation that is working with Servini in the quest for Lorca’s grave, hopes that her intervention will resolve one of the murkiest and saddest mysteries in modern Spanish history. 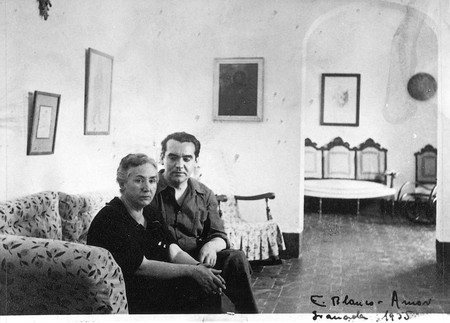 In the months leading up to the Civil War Lorca was living in Madrid, where he’d become friends with the prominent surrealists Salvador Dali and Luis Buñel. He took the (undoubedtly difficult) decision to return to Granada after the outbreak of Civil War in July 1936, expecting to be able to rely on the protection of friends if the city was taken by Nationalist forces. Sure enough, Lorca – a known supporter of the leftist Popular Front party – took cover with the Rosales family within weeks of returning to Granada. Though the Rosales were connected to the local Franco-backed Falaganists, their son Luis was good friends with the poet so they took him in.

But the family’s rightwing connections proved useless and Lorca was arrested on the 16th August. At dawn on either the 18th or 19th of August 1936, Spain’s finest living poet and two known local anarchists were driven out of the city towards a nearby village named Alfacar. The prisoners were then lined up and sprayed with bullets on a remote hillside overlooking Granada. It is often relayed that Antonio Benavides, a relation of Lorca’s father’s first wife and one of the poet’s executioners, later bragged that he “gave that fat-head a shot in the head”. 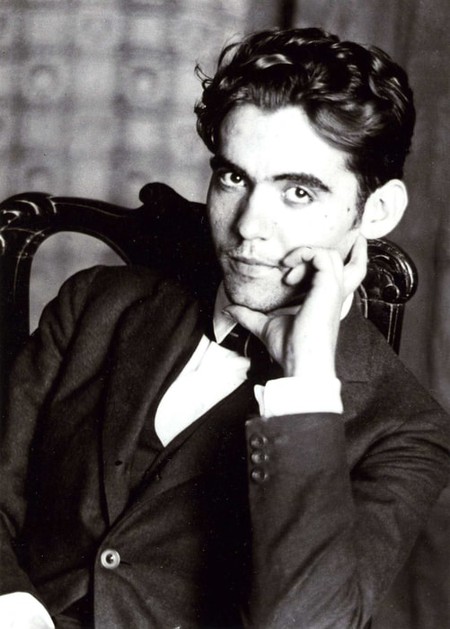 Ever since that grim August morning 81 years ago, people have been looking for Lorca’s remains in the rugged countryside outside Granada. In 2009, a site near the village of Alfacar was excavated by a team of archaeologists from Granada University. The patch of land had been marked some three decades earlier by a local who said he was one of the men who dug the ditch for Lorca and the anarchists in 1936. Not a single bone was found and the team concluded that no graves had ever been excavated in the area.

The most plausible case for Lorca being buried near Alfacar was made two years after 2009’s fruitless dig, when a local historian named Miguel Caballero Pérez released a book entitled “The Last Thirteen Hours of Garcia Lorca”. As a result of his research, Pérez claimed he’d found the spot where the writer was interred; less than half a mile from the site of the 2009 excavation, it is believed to be the site where a trench was dug in search of a possible underwater stream. Might this be the watery grave into which Granada’s most famous son was thrown in 1936? It is now up to the team now led by the ARHM to try to answer that question and, in doing so, resolve one of Granada’s greatest mysteries. 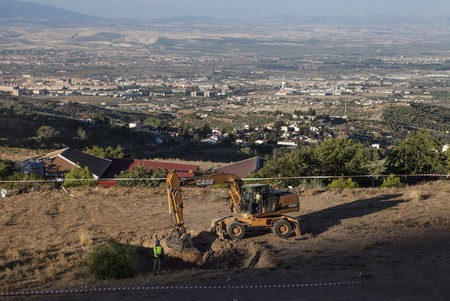 Mandatory Credit: Photo by Santi Donaire/Epa/REX/Shutterstock (8287419b) Workers Are Seen at the Place Were Federico Garcia Lorca's Remains Are Believed to Be As the Searching of His Body Starts in Alfacar Granada Spain 19 September 2016 Spanish Poet Federico Garcia Lorca was Executed in August 1936 During the Spanish Civil War by Franco's Troops Spain Alfacar Spain Garcia Lorca History - Sep 2016 | Workers search for the remains of Garcia Lorca in the countryside above Granada, September 2016; Santi Donaire/Epa/REX/Shutterstock
Give us feedback