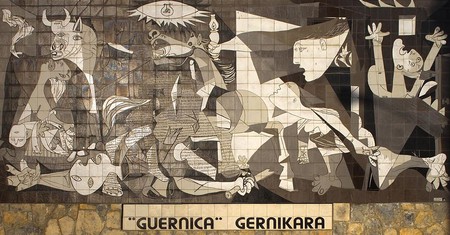 A mural of Picasso's famous Guernica painting in the town of Guernica, Spain |© Papamanila/Wikimedia Commons

One of the most famous artistic masterpieces in Madrid, Guernica, painted by Pablo Picasso in 1937, is a modern art representation of the tragic horrors of the Spanish Civil War. The Spanish Republican government commissioned Picasso to make a large painting for the Spanish display at the 1937 World Art Fair in Paris. At first, the artist had other plans, but then was inspired to create the work after the Basque town of Guernica was bombed and Picasso was deeply affected by the photographs he saw in the newspapers of the event. 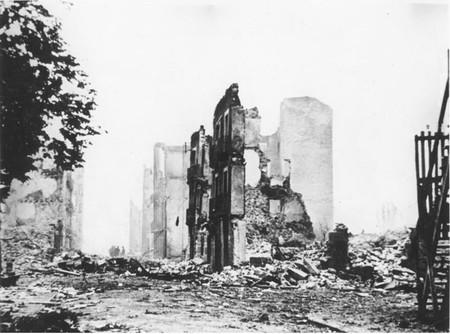 The ruins of the town of Guernica after the bombing | © Bundesarchiv, Bild 183-H25224/Wikipedia

The painting is muted, mainly created from shades of black, white, and grey, most likely a deliberate choice to depict desperate scenes. The painting could really be divided into two separate groups: animals and humans. The work shows a room where a woman carries a deceased child, a dead soldier, a woman floating who appears to be scared, and another woman looking dazed, though it can be hard to tell since Picasso’s cubism technique often separated bodies into pieces. The animals include a bull, a dove, and a wounded horse. There are also various objects in the painting like a bulb, daggers, and a lamp.

Interestingly enough, Picasso refused to comment on the symbolism of the painting, suggesting that “the horse was a horse and the bull was just a bull,” though clearly the painting contained very intense political and social symbolism. While interpretation can depend on opinion, many say the position of the lamp and bulb so close together signifies hope during a time of despair. Cracks in the wall of the house that allow the light to stream in also seem to represent hope. The bull seems to represent the national pride of Spain, despite the divided sides of a war-torn country. The horse is said to symbolize innocent war victims. A broken dagger symbolizes defeat, and the shape of the bodies express protest and anger. The newspaper print used in the painting may have had a more literal meaning: Picasso discovered the disaster through newspaper articles.

The painting has touched and inspired many, even celebrities like Kristin Stewart, who has the lamp from the painting tattooed on the inside of her arm. A huge artistic masterpiece, the painting spans an entire wall at the Museo Nacional Centro de Arte Reina Sofía in Madrid, Spain. In fact, in honor of the 80th anniversary of the painting, the Reina Sofía will host a very special exhibition, Pity and Terror in Picasso. The Path to Guernica, featuring Picasso’s still lifes towards the beginning of his career, the violent interpretations of war, and his later works during the 1950s. With paintings on loan from several impressive museums such as the Musée Picasso in Paris, Tate Modern, Centre Georges Pompidou, MoMA, the Metropolitan Museum, the Beyeler Foundation, and many more, the exhibit will help the public understand the timeline leading up to epic masterpiece Guernica and the aftermath that followed. 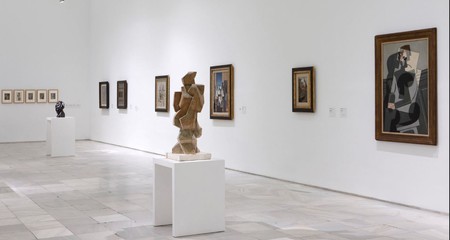 Pity and Terror in Picasso. The Path to Guernica: April 5 to September 4, 2017