The Must-Try Wines on a Visit to Spain's Sherry Triangle 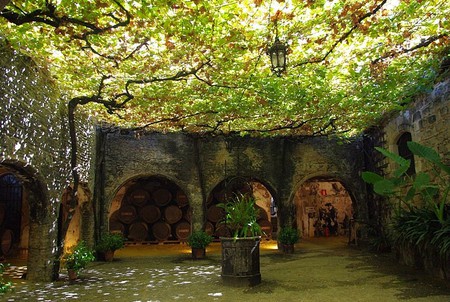 Demarcated by Jerez de la Frontera to the east, Sanlúcar de Barrameda to the north and El Puerto de Santa Maria to the south, Spain’s “Sherry Triangle” produces some of the finest fortified wines in the world. Make you sure you sample the following varieties of sherry (as the wine made here is known to the rest of the world) on a visit to this stunning region.

Fino is the driest, palest sherry, and is made from the white Palomino grape that thrives near Jerez. It develops organically under a layer of yeast that is known in Spanish as a velo de flor, or “veil of flowers” – a natural ceiling that protects it from the air and accounts for its dry flavour. Law states that finos must live for at least two years under the veil, but most are aged for between four and seven years. Tio Pepe (produced by the González Byass bodegas) is the most internationally famous fino.

There is only one place on earth where manzanilla can be made, and that’s in the beautiful seaside town of Sanlúcar de Barrameda, 30 km (17 miles) to the west of Jerez. The higher humidity and less changeable temperatures here result in a thicker layer of flor which, in turn, produces a fino that is lighter and drier than that from Jerez. Mostly aged for between three to seven years, manzanilla is mixed with lemonade to make rebujito – the tipple that fuels southern Spain’s epic ferias. 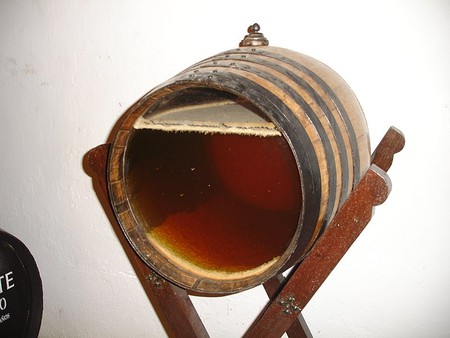 One of the most complex varieties of Jerez wine, amontillado is the result of two different ageing processes. It spends its first three to eight years under a veil of flor – so can either be a fino or manzanilla at birth – but continues to grow in an oxidative manner after the layer of yeast dies or is deliberately removed. The oxygenation that occurs during the second stage results in a darker colour and sweeter taste than a fino or manzanilla.

The darkest and most full-bloodied of Jerez tipples is oloroso, which means “fragrant” in Spanish. It is made from a heavier, more concentrated base wine than its paler cousins and develops without a flor; indeed, the strong alcohol content of the base wine makes it impossible for a veil of yeast to grow in barrels of oloroso. Its bold, nutty and sometimes spicy flavours make it a perfect accompaniment for game, red meat and mature cheeses. 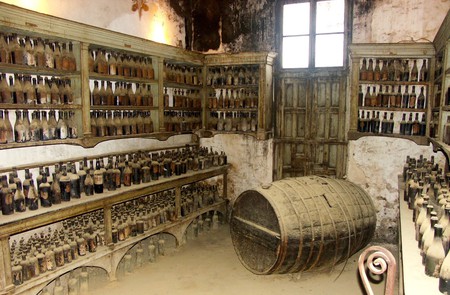 Palo cortado is a beautiful fluke, traditionally occurring only because a flor failed to grow properly. The line on the barrel – palo – marking it as a fino would then be crossed through – “cortado” – and the flor deliberately killed off, allowing the wine to continue its life in contact with the air. Today, few palo cortados develop a flor at all; instead, a delicate base wine grows oxidatively, essentially resulting in a lighter oloroso.

Pedro Ximenez (P.X.) is made from grapes of the same name, which are either picked when extremely ripe or given the asoleo treatment – namely, laid out in the intense Andalusian sun until they resemble raisins. The result is a powerfully sweet wine that makes an ideal accompaniment for desserts. Although some P.X. is still made in Jerez, most now comes from the Montilla-Moriles region of Córdoba, where the drier, warmer climate better suits the grapes. 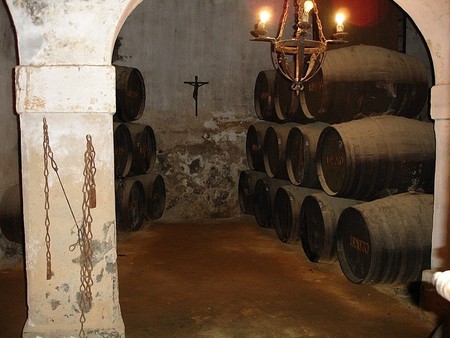 Traditionally, Palo Cortados would develop mysteriously and by chance in their barrels | © El Pantera / WikiCommons

“Cream” is the generic name given to blended sweet sherries. Usually, a well-aged amontillado or oloroso is used as the base wine, to which P.X. or Moscatel (a sweet wine produced throughout Spain and Portugal) is added to provide sweetness. The most famous such product is Bristol Cream – a dense blend perfected by Harvey’s winery in the 1860s. The best are sweetened a long time before they leave the barrel, as their base wines have had longer to balance with each other.