EUROPE
/
SPAIN
/
MARBELLA
/
Things to Do

The Most Unique Experiences to Have in Marbella 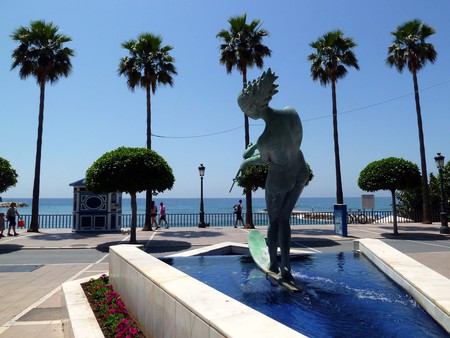 From an open air collection of Salvador Dali sculptures to a dynamic culinary scene, Marbella offers much more than just sun and sea. Read on for the most unique experiences to have in this popular Andalusian city.

In no other place on earth can you admire an open air collection of Salvador Dali sculptures just metres from the sea. Marbella’s mini-museum of ten of the surrealist’s bronze works is somewhat random, given that the artist had no particular connection with the city; but here they are – in all their beguiling weirdness – on display on the Avenida del Mar, a spacious thoroughfare linking the city centre with the beach-front promenade.

Marbella’s old town is just as beautiful as its more famous counterparts in Seville and Granada, while working residential quarters such as Divina Pastora and Miraflores reveal the city’s local street life. For the perfect introduction to the city’s many-sided personality, take a Marbella Walkabout Tour. These lively four-hour strolls are run by Liz Glazer, whose intimate knowledge of her adopted home town makes for a truly fascinating experience. 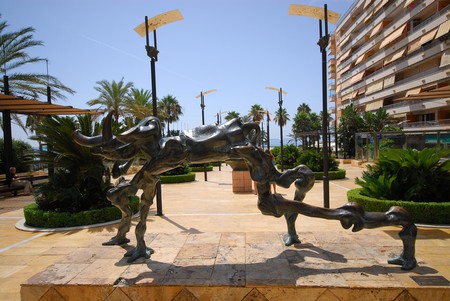 Shopping in the Old Town

Marbella’s casco antiguo, or old town, is unique in southern Spain for being home to more than just old-school tapas bars, flamenco joints and souvenir shops. Scattered around its flower-filled streets are stylish boutiques selling handbags, high-end clothing and shoes, jewellery and classy gifts to take back home. Not only is this part of the city a shopper’s paradise, but it also happens to be one of Andalusia’s most attractive old towns.

You’re guaranteed a unique experience at Marbella’s Engravings Museum – Museo del Grabado Español Contemporáneo – as there are no other museums like this in Spain. Located in an elegant 16th century building that formerly housed a hospital, its 4,000 piece-strong collection focuses on engravings and print works from the 20th and 21st century. Also on display are works by Picasso, Goya and Dali, as well as a rotating calendar of temporary exhibitions. 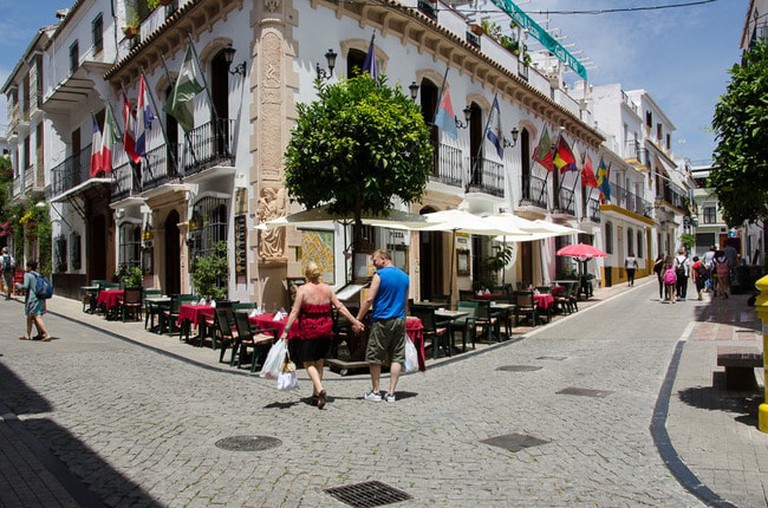 Not for nothing was the Spanish version of the Michelin restaurant guide launched in Marbella at the start of this year: the city is fast becoming one of Spain’s major foodie cities, serving inventive cuisine from all over the world. Indeed, it is rare for a resort town to have such a dynamic culinary scene, but Marbella’s plethora of bars and restaurants include four of Andalusia’s thirteen Michelin-starred establishments.

Natural Feature
Facebook
Email
Twitter
Pinterest
Copy link
Share
Map View
One of the best places to catch the sunset in Marbella is from its main stretch of sand, Playa de la Fontanilla. This beach runs the length of the city centre’s coastline and faces out to the northern shores of Africa; indeed, on a clear day the Pillars of Hercules – consisting of the Jebel Musa in Morocco and the Rock of Gibraltar on Spain’s southern tip – are clearly visible to the west. Few other beaches on the Costa del Sol offer a perspective on two continents.

One of the pleasures of visiting Marbella is discovering that it is much more than just a beach resort. Exploring the streets that extend northwards behind the Paseo Maritimo reveals a local street life that, even by Andalusian standards, is invitingly colourful and friendly. Gain an insight into the real Marbella by ducking into one of the area’s many traditional bars and restaurants; particularly popular amongst Marbella residents is Bar Guerola, a great little tapas joint that’s crowded with local office workers come 2pm.