The Most Unique Eating Experiences You Can Only Try in Madrid 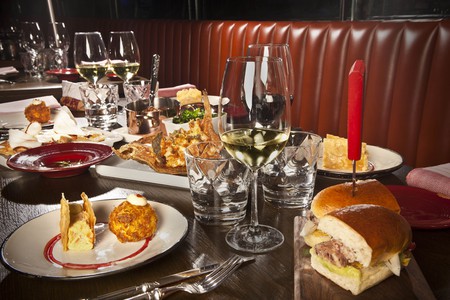 Madrid offers many eating and drinking experiences that you might not be able to find elsewhere. Here’s a list of some of the coolest ones you’ll find in Spain’s capital city.

Cut your very own leg of Iberian ham

Iberian ham is considered a delicacy, and slicing the cured pork is no easy feat, though it make look simple. Special knives need to be used and most typically, there’s a tendency to slice the ham too thickly. But don’t panic: if you want to become a ham-cutting master, you can! Simply sign up for a course, which includes knife sharpening tips and correct position advice before you begin to slice at the Escuela Internacional de Cortadores de Jamón. 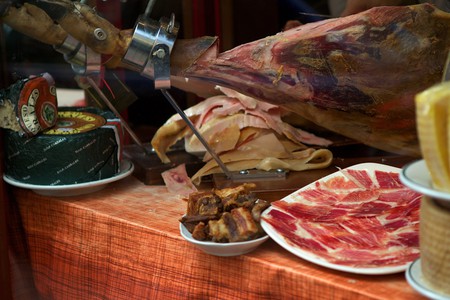 Learn how to make paella

If you’re dying to learn how to make this dish, (which actually hails from Valencia, but is quite popular in Madrid and other parts of Spain) daily cooking classes are offered at the Torrijos market. This also includes tuition on how to cook some Spanish tapas.

Hop from stall to stall at a trendy food market

Although food markets are popular in many places, Madrid has some that are truly one-of-a-kind. Take Platea, for example, which is a four-floor gastronomic experience that offers you traditional Spanish tapas, international delights, gourmet cuisine and fancy cocktails all under one (acoustically perfected) roof. The Mercado de San Miguel showcases many of Madrid’s traditional foods, with legs of ham hanging from the walls and fresh seafood delights (some still crawling). 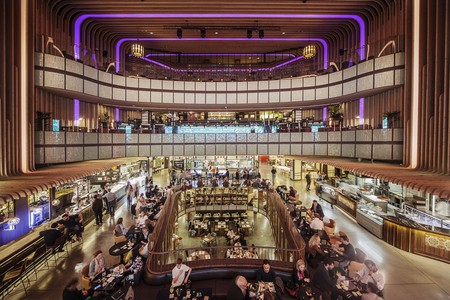 Ordering drinks and getting free tapas

This isn’t unique to just Madrid, in fact, there’s many spots in Spain that will give you free food when you order a drink. The origin of tapas goes back to Medieval times where the Spanish were given food when ordering drinks so they wouldn’t get too drunk and start fights or pass out. There’s also a myth that says bread with food on top was placed over a drink so that flies wouldn’t get inside (the word tapa actually means cover in English, so it makes sense). Nowadays, it’s still tradition at some spots to be served free food when you order a drink, so give it a whirl. It may save you from having to buy dinner later.

Eating a calamari sandwich outside in the Puerta del Sol plaza is one of Madrid’s most famous and down-to-earth experiences. Perfect for a foodie on a budget, these sandwiches cost just a few euros and can be purchased at almost any bar or restaurant around the Puerta del Sol or the Plaza Mayor. Simply order the bocadillo de calamares and say para llevar – to go. While it’s certainly not fancy, it’s a culinary adventure you shouldn’t miss in Madrid.

Do the “Botín Experience”

Botín is the oldest restaurant in the world according to the Guinness Book of World Records, dating back to 1725. Whereas most people are lucky enough just to eat there, the Botín Experience is a real hands-on tour, led by reputable tour company Insiders Madrid. You can actually sit where Ava Gardner danced on tabletops, see where Hemingway had his meals and view the wine cellar when the restaurant is closed to the public. Insiders Madrid, which provides a variety of group and private tours around the city and around Spain, surpass themselves with this tour, which ends with a delicious six-course dinner at the Botín and even a small parting gift. 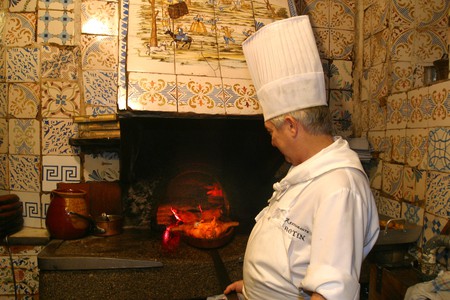 Bar-hop on a Sunday in La Latina

The famous La Latina neighborhood is known for having many authentic Spanish bars and restaurants. On sunny Sundays, thanks to the famous El Rastro flea market, the area comes alive with groups of friends heading from bar to bar to enjoy tapas and drinks. Try different spots and sample all sorts of new foods and pair them with a beer, wine or a glass of vermouth on tap. When the sun sets, it’s a full on party – think techno, dancing and more at many of the local bars and clubs.

Madrid is king of juxtaposing the old with new, and while the city is full of glam new restaurants and cocktail bars, it’s also home to many of the world’s oldest restaurants, or at least several that date back a hundred (or two hundred) years. We’ve already established that Botín is the oldest, but there’s also plenty of other spots such as Casa del Abuelo or Casa Mingo if you want dine with a side of history. 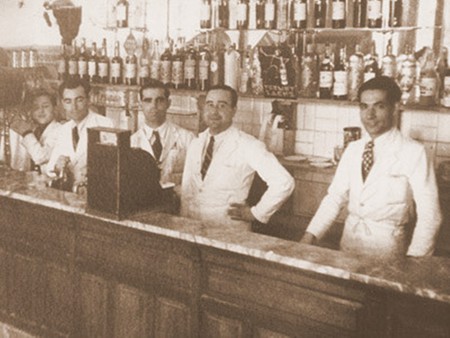