The Most Romantic Restaurants in Madrid 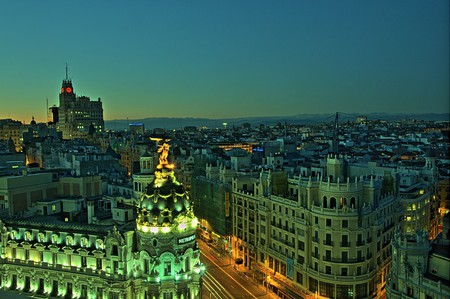 Madrid is a romantic destination, from the winding cobbled streets of its historic centre to its world-famous art galleries, architecture and, perhaps best of all, its gastronomy. Follow our guide to discover the most romantic restaurants Madrid has to offer. 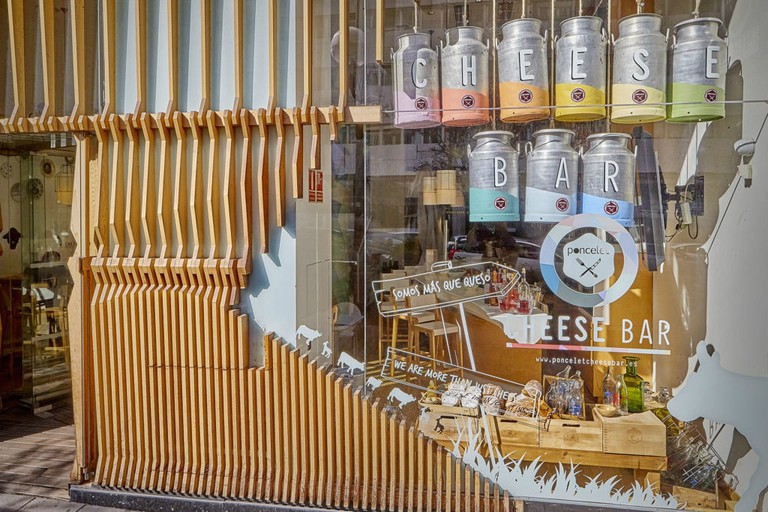 Cheese fans, bow down at the altar of Poncelet Cheese Bar – your guaranteed new favourite spot in Madrid. The restaurant comprises a front of house bar where you can have a drink and tapas and the modern, stylish restaurant at the back, where the real magic happens. Peruse the extensive cheese menu and construct your own cheese board, or order a cheesy classic like a fondue or raclette, which make excellent sharing options. And make sure to leave room for their mouth-wateringly good cheesecake for dessert.

Tartán Roof is the restaurant on top of the Círculo de Bellas Artes, a thriving cultural centre in the heart of Madrid. The rooftop affords guests incredible views over Madrid; a 360-degree panorama that sweeps from the city’s iconic Gran Vía below, to the Sierra de Guadarrama mountain range north of Madrid. You come to Tartán for the views, but the food is pretty good too: small tapas dishes and raciones (bigger sharing plates) designed by chef Javier Muñoz-Calero include Iberico Steak, Marinated Tuna with a Vermouth and Herb Crumb and Paella.

The restaurant at the top of Madrid’s Casino (not the gambling kind but an exclusive social club that was founded in 1836; it moved into this building in 1910) is an exclusive enclave in the centre of Madrid, close to the Puerta del Sol. La Terraza del Casino has two Michelin stars and is run by Spanish chef Paco Roncero. The cuisine, as you might expect, is excellent, a fresh take on classic Spanish flavours. Diners can opt for a la carte or choose the tasting menu. In summer, you can enjoy your meal on the restaurant’s terrace, with amazing views over Madrid.

A post shared by Paco Roncero Restaurante (@pacoroncerorestaurante) on Sep 6, 2017 at 7:17am PDT 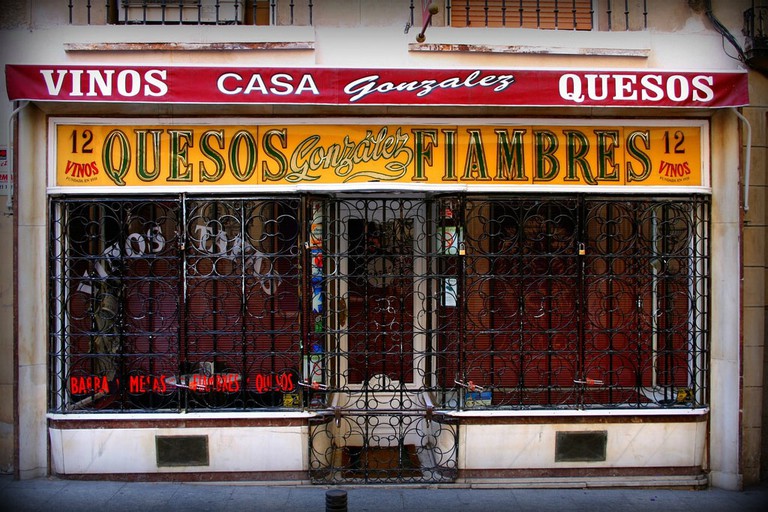 This quaint little deli/restaurant in Madrid’s literary barrio of Las Letras has a fascinating history. It was founded by Vicente González in 1931 as a neighbourhood shop, stocking quality Spanish produce. The shop was in the front, while the family lived in the back, hence Casa (‘house’) González. Vicente allowed Republicans to meet in his shop during and after the Spanish Civil War, which resulted in him being imprisoned. In the 1990s, Vicente’s grandchildren converted the shop into the restaurant it is today, stocking the very best Spanish meats, cheeses and tapas dishes, as well as an extensive choice of Spanish wines by the glass. 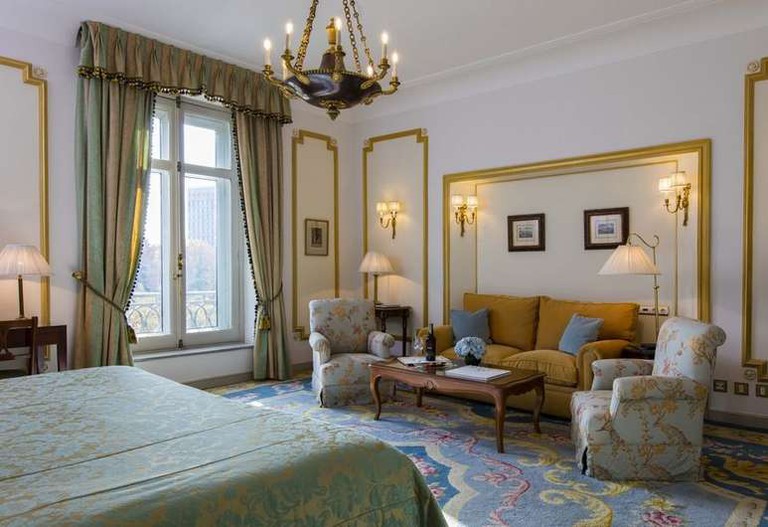 If you’re looking for a fancy dining option with a big dollop of sophistication then Afternoon Tea at the Ritz, Madrid is for you. It might be a British institution but this Spanish take on the classic Afternoon Tea is excellent. It is held in The Hall, a lavishly decorated lounge, or, in summer, on the beautiful outdoor terrace, between 4pm-8pm and includes freshly prepared sandwiches, scones and pastries. You meal will be serenaded by a classical Spanish guitarist, harpist or pianist. 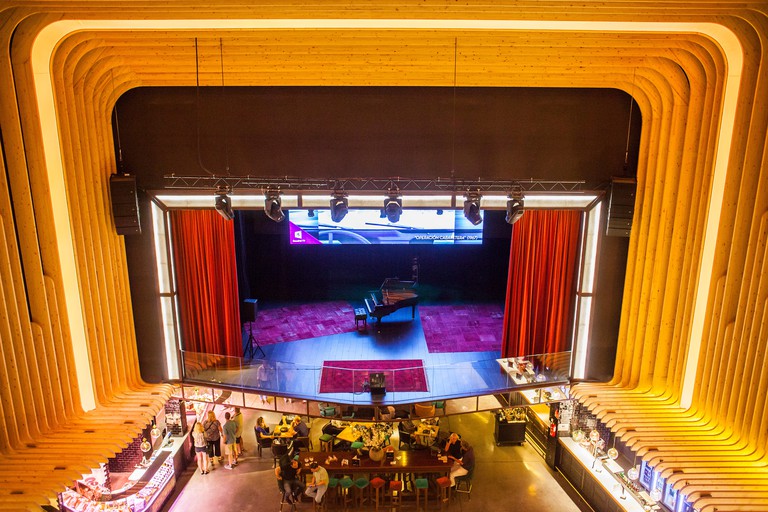 This converted 1950s cinema is a beautiful location for a date night, the wings of the old theatre have been preserved but instead of holding a popcorn-touting audience today they are home to a cocktail bar and restaurant. The lower floors hold a range of food stalls, selling both Spanish and international fare and the old stage now hosts performers, from DJs to acrobats. 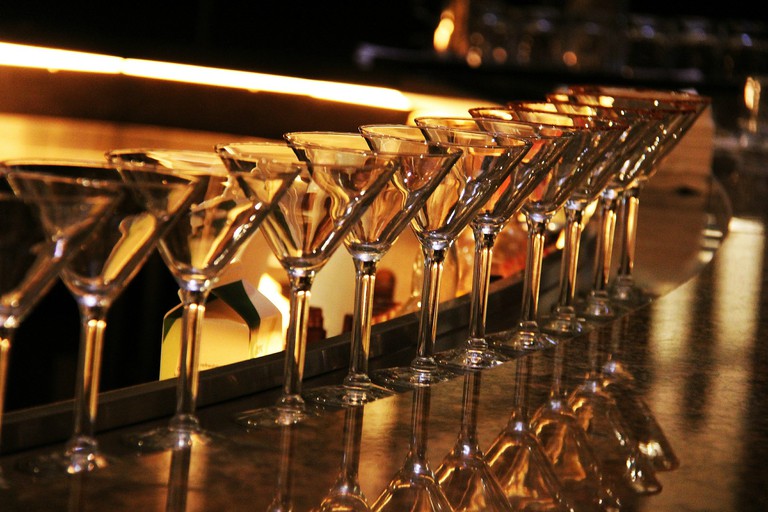 The dimmed lighting, fragrant candles and rich fabrics give this little bar/restaurant an Arabian flavour and it is a cosy, romantic option for drinks and dessert. While the restaurant does serve savoury food, it is the chocolate-heavy dessert menu that is really worth a browse. There are a good range of cocktails, making El Jardín Secreto an ideal spot for a late night snack to satisfy your sweet tooth.