The Most Instagrammable Buildings and Monuments in Madrid

Madrid’s architecture is simply stunning. Neoclassical facades, magnificent palaces and towering monuments, appear on every corner. There’s no shortage of Instagrammable spots in Madrid, so bring your phone and head to the following locations to snap some perfect shots.

Edificio Metrópolis
Architectural Landmark, Building
Situated on the corner of the famous Calle Gran Vía and Calle de Alcala, this may be the most famous building to Instagram in Madrid. Inaugurated back in 1911, the dome of the building is gilded with 24 karat gold, as is part of the statue at the very top.
More Info
42 Calle de Alcalá, Madrid, Comunidad de Madrid, 28014, Spain
Visit website
Plaza de Toros
Cathedral, Building, Museum, Historical Landmark 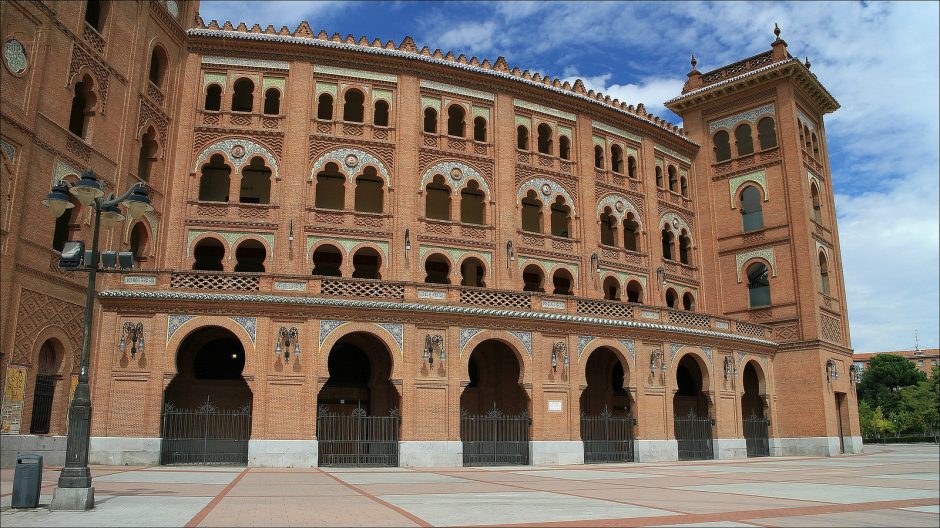 Controversial though it is, bullfighting continues to be an art form in Madrid, and the Plaza de Toros de las Ventas, or ‘Las Ventas’ as the locals call it, is a beautiful circular building that you’ll never tire of admiring (whether you enjoy bullfighting or not). The building can seat 25,000, and also has an infirmary and a chapel inside.

Madrid’s most famous square, the Plaza Mayor, has 237 balconies that face out overlooking it. Dating back to 1619, the square has been the site of many historical events, including public executions during the Spanish Inquisition. It is now used for concerts, markets and for tourists and locals to wander around and snap photos for their Instagram feeds. 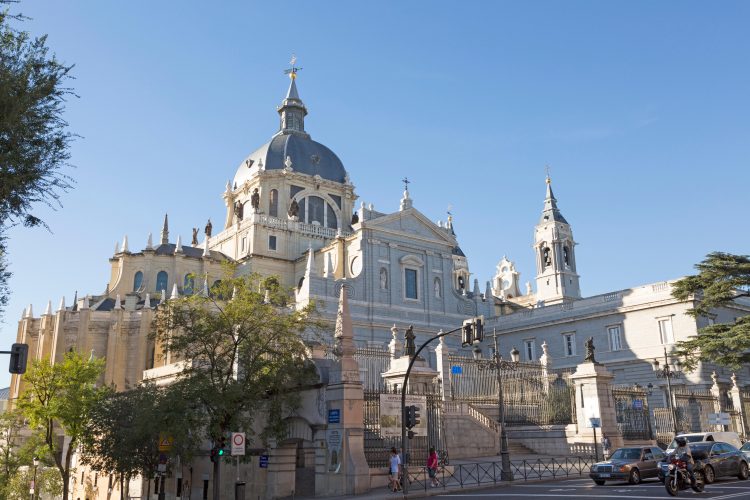 Madrid’s cathedral is a stunning mix of different architectures, with the exterior being Neoclassical, the interior Neo-Gothic and the crypt Neo-Romanesque, featuring a 16th-century image of the Virgen de la Almudena. On a clear day, you can spot Madrid’s vast suburbs behind the Cathedral.
More Info
10 Calle de Bailén, Madrid, Comunidad de Madrid, 28013, Spain
+34915422200
Visit website

One of the many beautiful monuments in Madrid’s Parque del Buen Retiro, the Palacio de Cristal is exactly as it sounds: a palace made of glass. It’s gorgeous in any season, especially on a sunny day when the sunshine streams in.

One of my favorite spots in Madrid: the Palacio de Cristal. It's gorgeous in any season! #madrid #retiro #palaciodecristal #crystalpalace #spain #traveltips #europe #beautiful #sunshine

The Templo de Debod was a gift from Egypt to Spain and is one of the best spots in Madrid from which to enjoy the sunset. The reflections in the pond surrounding the temple are unlike any other, and the temple itself is pretty amazing, considering it dates back to the 2nd century BC.

The Palacio de Cibeles, which was once Madrid’s post office headquarters, is now a palace open to the public, featuring a restaurant, outdoor terrace, art exhibitions and also the mayor’s office. Stop inside or simply snap photo after photo of the outside, which is magnificent in itself. 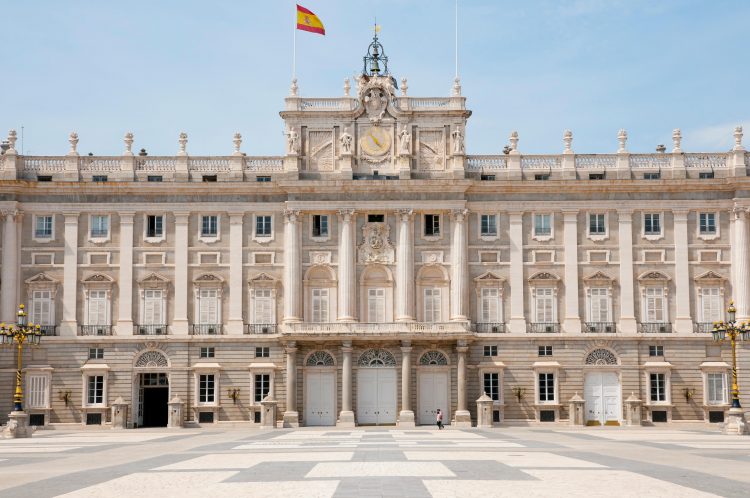 One of the largest palaces in Europe, Spanish Royalty no longer live here. Instead, the historical space is open to visitors. Check out paintings by Goya and Velázquez, frescoes by Mengs and even the world’s only complete Stradivarius string quintet. Or just stroll around the outside, which is surrounded by labyrinthine gardens and statue after statue.
More Info
s/n Calle de Bailén, Madrid, Comunidad de Madrid, 28071, Spain
+34914548700
Visit website

This plaza is literally the center of Madrid, and one of the most typical meeting spots for groups of friends, before they head out for a night on the town. It’s known for its KM Zero spot, which is said to be the exact center of Spain, the giant Tio Pepe sign suspended on one of the buildings, the famous Bear statue and of course, the clock and bell tower (pictured below).

The Edificio Carrión, also known as the Edificio Capitol or more commonly, the Schwepps building, has been utilized as a cinema, hotel, offices and shops over the years, but it’s best known for its iconic Schwepps sign, which glows brightly at night.