The Most Impressive Buildings in Salamanca 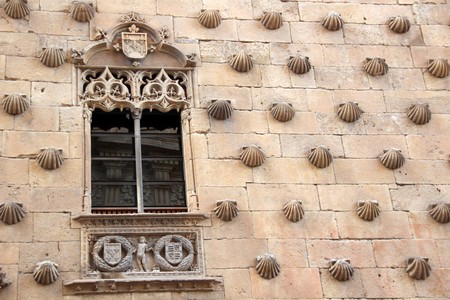 Salamanca is one of Spain’s most delightful and intriguing cities. There are countless architectural wonders to discover in its labyrinth of narrow lanes. So impressive are the buildings of this prestigious university city, that the entire historic centre was declared a UNESCO World Heritage Site in 1988. While most of Salamanca’s buildings date from the golden era of the Renaissance, there are significant sites that span two millennia, from the city’s Roman remains to Casa Lis built in the popular Modernist style in 1917. Here’s our pick of the most interesting spots.

Salamanca was founded by a Celtic Tribe, conquered by Hannibal and later controlled by the Romans. It was located on the Via de la Plata (Roman silver route) and the Roman walls and defensive turrets still stand as testament to this today. This impressively elegant Romanesque bridge, made with 15 granite arches, spans the Tormes River. Originally constructed in the year 89, it was reconstructed after being damaged by flooding in the 17th century. Don’t miss the much-loved statue of a male pig on the Salamanca side. 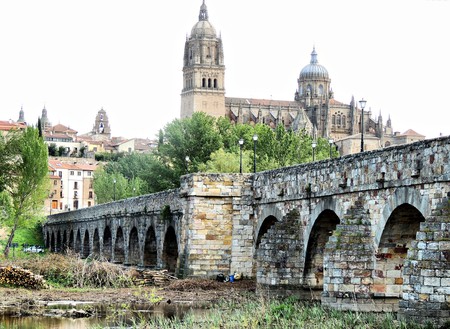 The colonnaded Plaza Mayor is considered to be one of the most beautiful plazas in Spain. Completed in 1755, it’s a superb example of the Spanish Baroque style. The irregularity in height of the buildings adds charm to this harmonious space and it’s especially atmospheric in the evenings when it becomes the social meeting point for locals and tourists alike. Initially used as a bull fighting arena, it’s now home to a range of boutique shops which are perfect if you’re browsing for souvenirs, or just soak up the atmosphere in one of the many bars or restaurants. 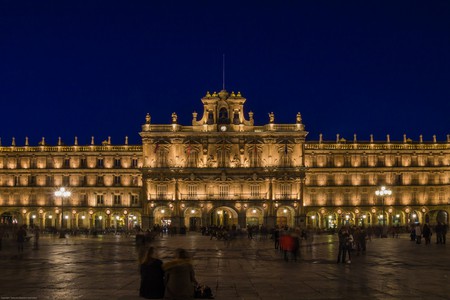 The most extraordinary building of all must be the Casa de las Conches. The entire facade is studded by carved stone shells reminiscent of those worn by pilgrims on the Camino de Santiago. This is understandable when you discover that it was built in 1517 by Rodrigo Arias de Maldonado, a knight of the Order of Santiago de Compostela and a professor in the University of Salamanca. The incredible façade includes the coat of arms of the Maldonado family, and the door is decorated with dolphins which were a symbol of love in the Renaissance era. It currently houses the public library, so you can easily pop in and admire the arches and Carrera marble columns of the courtyard.

The University rules supreme in Salamanca. Founded in 1134, it was the first university to receive the title ‘La Universidad’ in 1254, when it was already attracting students from Paris and Bologna. It remains one of the best in Spain and now attracts hundreds of foreign students every year. You can still see its earliest buildings today, including the Excuelas Mayores, the Escuelas Menores and the Hospital de Estudio around the square known as the Patio de Excuelas. The Old University Library houses over 160,000 volumes and is popular with visitors who try to spot the hidden frog in the ornate facade of the building. Don’t miss the Museum of Salamanca which sits alongside these grand buildings in a pretty Gothic town house. 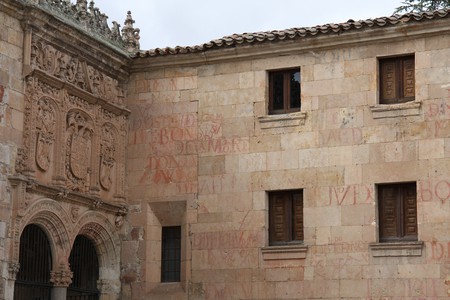 If you enjoy discovering hidden architectural gems, you’ll be delighted with the chapel containing the Cielo de Salamanca (Salamanca Sky fresco) located close to the Escuelas de Menoras. A beautiful courtyard leads you to the modest chapel, which houses a beautiful painted ceiling depicting the astrological symbols and their celestial constellations. This exquisite ceiling was painted by Fernando Gallego between 1483 and 1486. The space is cool and dark which can be very refreshing on a hot day. Let your eyes adjust and the mythological creatures and gilded stars will magically reveal themselves above you.

Salamanca boasts not one but two cathedrals. These two are fused together but retain their own unique characteristics. The Old Cathedral is Romanesque, dating from the 12th century and is famous for its ornate Gallo Tower. The adjoining New Cathedral was built in stages from 1509 and combines late Gothic architecture with the Renaissance style called Plateresque. Amazingly, it took over two hundred years to build and was completed in 1734. 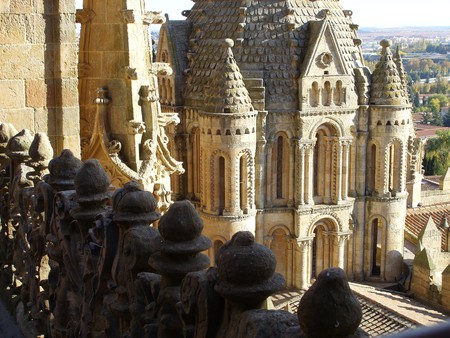 Salamanca has few Modernist buildings which makes Casa Lis well worth a visit. Home to The Museum of Art Nouveau and Art Déco since 1995, this is now one of the most popular museums in Castile and Leon, with an average of 120.000 visitors every year. The house is named after its original owner – Miguel de Lis – a middle class owner of a tannery and it has all the hallmarks of the Modernist era. The airy steel frame construction boasts a spectacular stained glass skylight and pictorial windows. The museum presents a superb collection of decorative and functional objects from the early 20th century and an unusual collection of porcelain dolls, considered to be one of the best collections of dolls in the world.