The Most Beautiful Villages to Visit in Aragón, Spain 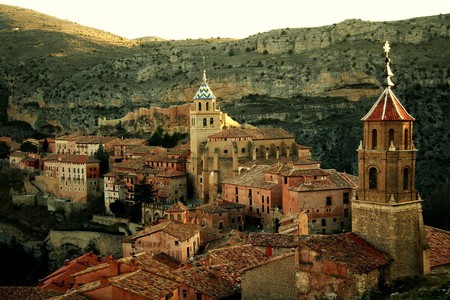 Aragón is the large region located between Catalonia to the east and Navarra, La Rioja and Castilla y León to the west. To the north you’ll find the dramatic Pyrenees Mountains and to the south stunning Mudéjar architecture in the Teruel province. Here’s our pick of the most beautiful villages in the region of Aragón.

Alquézar is located in the province of Huesca in the foothills of the Pyrenees. A medieval village, it’s topped by an old castle and the collegiate college of Santa María la Mayor, one of the most visited monuments in the area. From this charming biscuit-coloured hill-top town, you can look out across the lush green Sierra y Cañones de Guara Nature Reserve, which surrounds it. 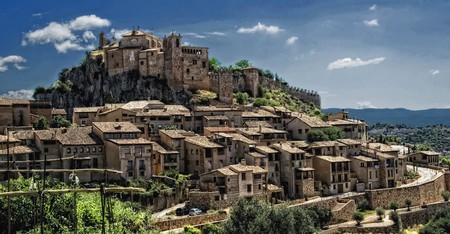 Sos del Rey Católico can be found in the province of Zaragoza, close to the border with Navarra. A village of light honey-coloured buildings, it is in fact known as one of the most beautiful villages in the whole of Spain. At its highest point sits an ancient castle, and just below this the medieval Jewish quarter. Explore the cobblestone streets of this village to discover its old stone houses decorated with wooden eaves and intricate Gothic and Renaissance windows. 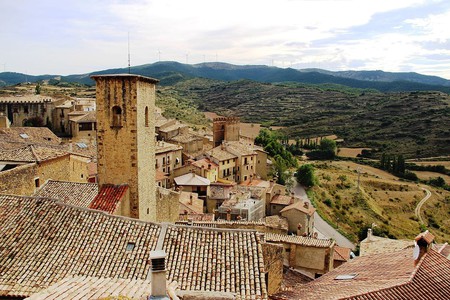 Aínsa is located in the Aragonese Pyrenees in the province of Huesca. It has been declared a Historic-Artistic Complex because of its beauty and offers stunning mountainous views from its pint-sized centre. Its stand out features are the elegant tower of La Colegiata, its huge castle and almost complete walls, which once enclosed the old citadel. 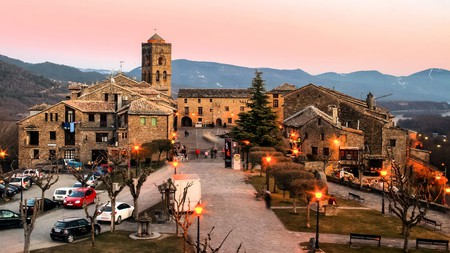 Fuendetodos can be found in the province of Zaragoza and is known as being the birthplace of the artist Francisco de Goya. Framed by agricultural fields, it boasts a 14th century castle-like medieval fortress, whose ruins are now surrounded by the natural reserve of Fuendeverde. There’s also an 18th-century church, a Goya museum and Goya’s birth house to see. 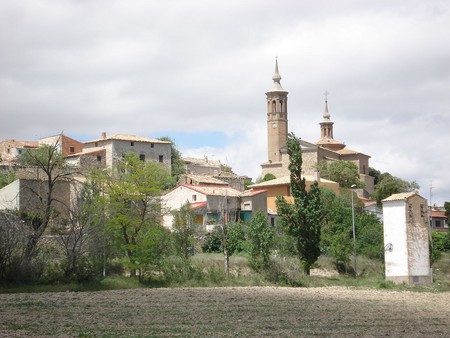 38km west of Teruel, Albarracín is another contender for the prettiest village in the whole of Spain, not just Aragón. Its pink-tinged buildings stand out against the stark rocky landscape which surrounds it and its colourful tiled rooftops peak out from above. Discover the village’s narrow medieval lanes filled with wooden overhanging balconies, castle-like fortifications and tall coloured buildings standing next to the Guadalaviar River.

Valderrobres is also located in the province of Teruel and is split by the picturesque Matarraña River. To the north lies the old town and to the south, its slightly more modern counterpart. The landscape of the town is comprised of medieval dwellings, ruins of old factories and traditional farmhouses on its outskirts. Of particular interest is the parish church of Santa María la Mayor, which has been declared a Historical Monument, the Town Hall and the Castle of the Archbishop. 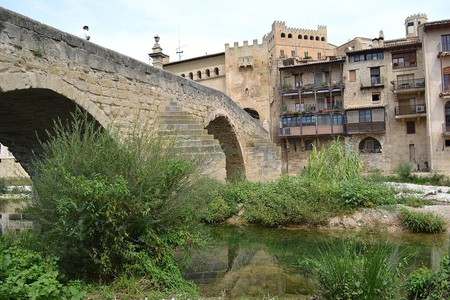 Surrounded by striking rocky pinnacles in colours of sand and caramel, Torla is located at the gateway to Parque Nacional de Ordesa y Monte Perdido. It’s a frontier town near the French border and has its origins in the Middle Ages. This is a great base for hikers and nature lovers because of its close proximity to many nature trails and walks. 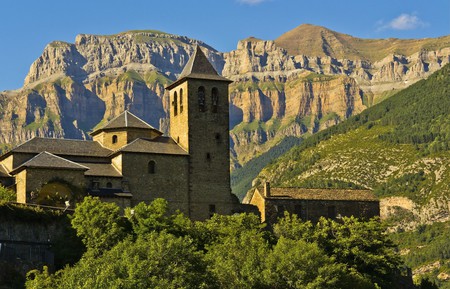 Visit the village of Torla near Huesca, Spain | ©Guillén Pérez / Flickr
Give us feedback