The Most Beautiful Villages and Towns in Mallorca

The Most Beautiful Villages and Towns in Mallorca

Valldemossa | © Nikita Bogdanov / Flickr
It will come as no surprise to anyone who has spent time exploring Mallorca that it has more than its fair share of stunning scenery. And nestled amongst this beautiful landscape are some of the most picturesque villages and towns anywhere in the Mediterranean. With everything from pretty churches and quaint cobbled streets, to stunning views and charming squares, we’ve picked out some of our favourites.

Much of the character of this picture-perfect hilltop village comes from its stone houses and their red tiled roofs appearing to cascade down the mountain. A charming place to wander around, the streets are narrow and often cobbled, and the rustic architecture has been particularly well conserved, especially its picturesque 17th-century church. There’s also a handful of excellent restaurants from which to admire the views, and the village is surrounded by citrus groves that you can walk through into the town of Soller below. Fornalutx is also popular with hikers, as many of the hiking trails through the mountain range start in the village. 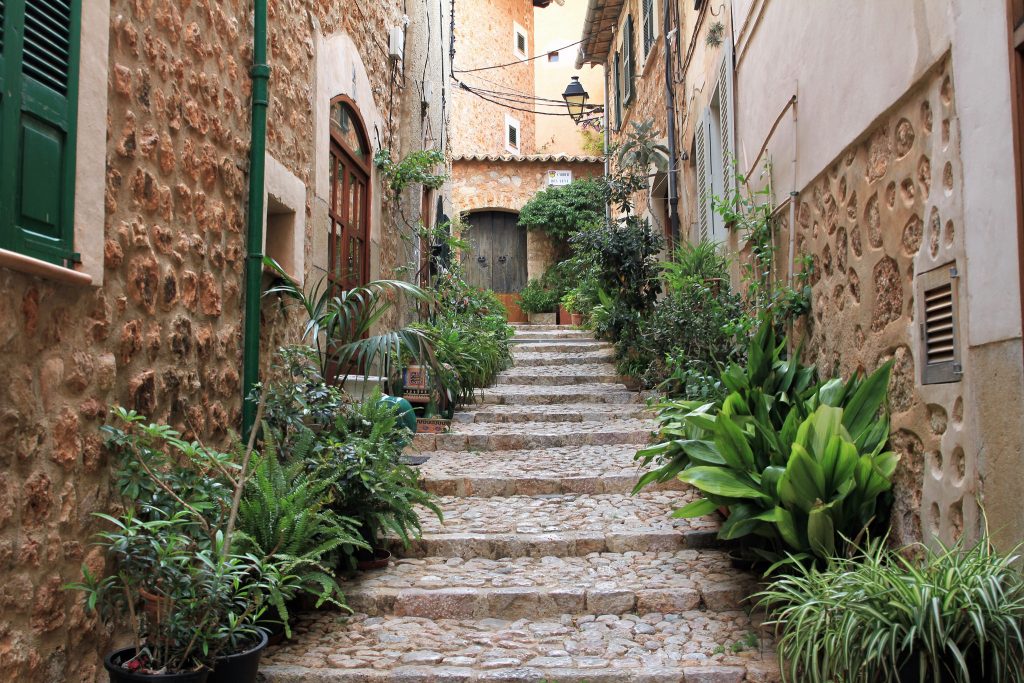 The tiny village of Galilea, in the south-west of the island, sits up high (460 metres above sea level to be precise) in the Tramuntana mountain range, looking out over the beautiful countryside towards the sea. It is reached by way of a mildly terrifying drive up the mountain and round countless hair-pin bends, but the views when you reach the village make the drive worthwhile, and its location means there are generally very few tourists. The village itself is rustic and sleepy, with many beautiful properties dotted around the surrounding hills. In the centre of the village lies an 18th-century church with a large cobbled terrace out front, from which you can look down over rolling hills to the Mediterranean in the distance. Other than the church and a couple of tapas bars, there is not really anything much to do in Galilea – a trip here is all about the peace and quiet (and, of course, the incredible views). 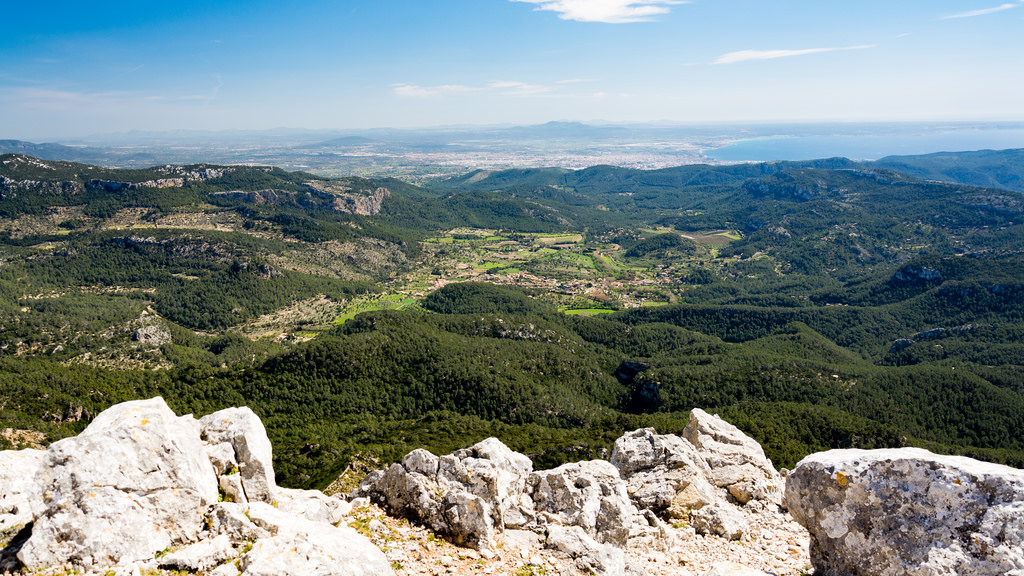 Famed as the village where composer Frédéric Chopin and his lover George Sand spent the winter in the mid-1800s, Valldemossa is a very popular tourist destination and one of the prettiest villages on the island. Nestled in the mountains, but only 20 minutes from Palma, the village is a beautiful place to walk through, with numerous cobbled alleyways and stepped streets, lined with quaint stone houses and potted plants. Mallorca’s Saint Catalina Thomas was born in the village, and most of the buildings have painted tiles by their doors, depicting scenes relating to Santa Catalina, which are said to ward off bad luck. As well as the picturesque streets to wander, and the numerous cafés and restaurants in which to linger, the 13th-century royal Carthusian monastery where Chopin rented rooms is open to the public and includes a museum in his honour (despite the fact that the pair were very vocal about how little they enjoyed their stay due to a harsh winter). 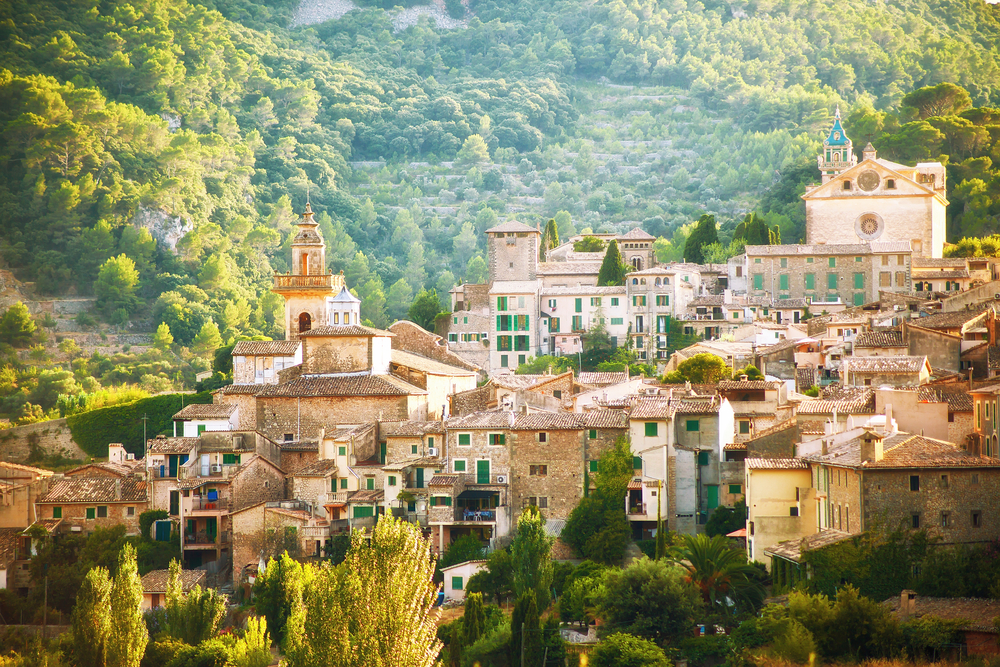 There is a distinctive soft glow to the buildings in Santanyí, coming from the town’s golden sandstone, which was also used to build Palma’s famous cathedral, La Seu. This small town was once fully walled to protect against pirates, but today the wall only partially remains, with Sa Porta Murada as the only standing entrance gate. Santanyí boasts many examples of traditional Mallorcan architecture and is a lovely place to look around, particularly on market days (Wednesday and Saturday). The area is popular with artists, and there are a fair few galleries in the town. 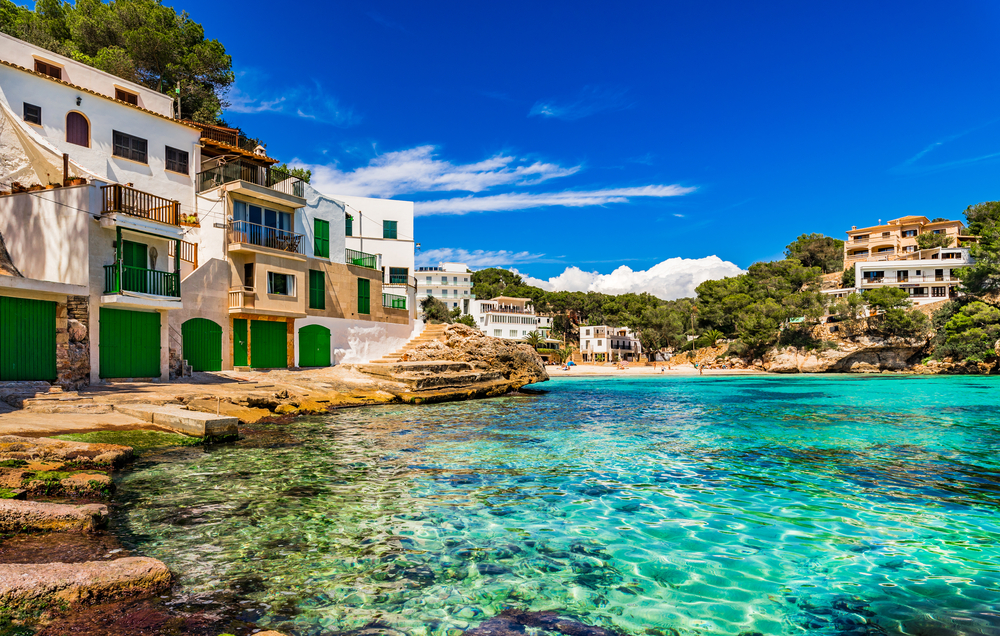 The picturesque hill-top village of Deià has long attracted artists, musicians and creatives, although these days the village is more of a well-heeled, wealthy playground than bohemian enclave. English poet Robert Graves first moved to Deià in the 1930s (he is buried in the village graveyard), and had many famous faces and Hollywood stars visit over the years. Cobbled streets, pretty stone houses with green shutters, and stunning views of mountains and the sea give an air of sleepy rustic charm, though in fact there are a couple of luxury hotels and a Michelin-starred restaurant. Down the hill is the idyllic Cala Deià, a small cove with a pebbly beach and two seafood restaurants perched over the water. The slightly larger of the two restaurants, Ca’s Patro March was made famous by the BBC television series, The Night Manager which filmed scenes in the eatery.

Approaching Banyalbufar by road, it is immediately apparent that it is the village’s dramatic location, perched on the edge of the western coastline, that is the real showstopper. While the buildings themselves are nonetheless attractive, their position on the steep terraces carved out of the hillside and dropping down to the sea is quite a sight. Built by the Moors, the hundreds of terraces, separated by dry-stone walls are an incredible engineering feat, and were originally created as farmland on which to grow vines (on what were otherwise steep cliffs). The roads in and out of Banyalbufar are very windy and can get quite busy with tourist traffic in high season, but it’s well worth the trip as the views are among the island’s most spectacular. 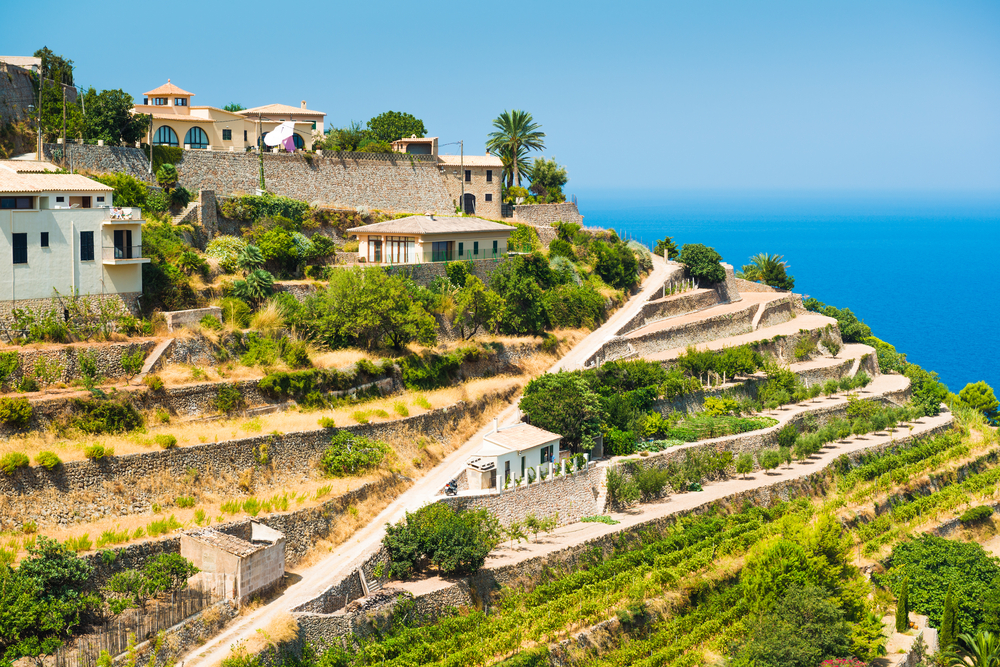 The town of Sóller (as opposed to the resort area of the Port de Sóller) is a beautiful and traditional Mallorcan town, set in a lush valley full of olive groves and citrus trees. Historically, the town became prosperous thanks to those very citrus trees, and there are many beautiful properties in the area. The historic wooden train that runs through a tunnel in the mountains to Palma was originally used to transport fruit to the city, and is now primarily a tourist attraction. The main square is vibrant and buzzy, with many cafés and restaurants, and is overlooked by the impressive Sant Bartomeu church, which the vintage tram trundles past on its way to and from the port. An attractive town to potter around, the narrow streets are lined with beautiful townhouses and many chi-chi stores selling produce from the Sóller Valley and artisan goods.