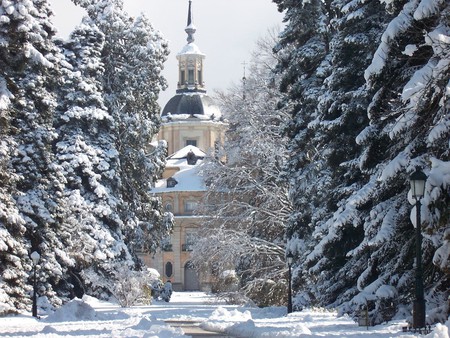 If the thought of Spain conjures up images of sunny beaches, shaded plazas embalmed by the smell of orange trees and the prospect of long days of farniente, it’s worth remembering there are plenty of reasons to visit Spain in winter too. From the epic alpine scenery of the Sierra Nevada or the Pyrenees, to the rustic charm of some of the Spanish back-country in the midst of winter, here are some of the best towns and villages you should visit in Spain out of season.

The province of Salamanca abounds in picturesque villages and the area around the Sierra de Francia mountain range is particularly remarkable. This is where you’ll find Miranda del Castañar, a small village tucked away between the hills which gives an impression of being cut off from the rest of the world, especially when the snow blankets the countryside for as far as you can see. 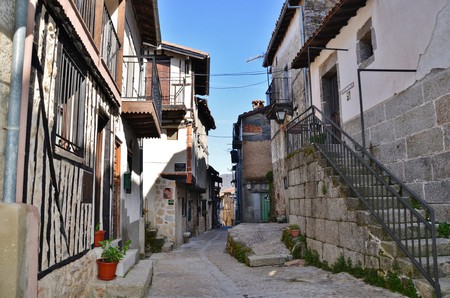 A village with a rich history dating from Neolithic times and encompassing the times of Moorish conquests, Montefrío was named as one of the most scenic villages in Granada by the National Geographic. From atop the ruins of the Medieval castle which dominates the skyline, admire the countryside roll on for miles around you before warming yourself up with traditional Montefrío biscuits dipped in a rich hot chocolate. 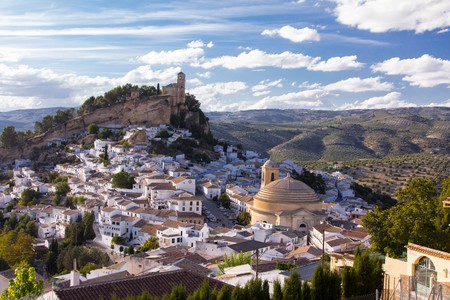 If the seaside doesn’t seem like an obvious choice for a winter break, the breath-taking beauty of the Galician coastline at this time of the year will make you change your mind. This old fishing village is famous for the great number of old hórreos which can be seen here – the typical granaries made of stone and elevated from the ground. Enjoy a romantic stroll along the waterfront before warming up with hearty Galician feast in a local seafood restaurant. 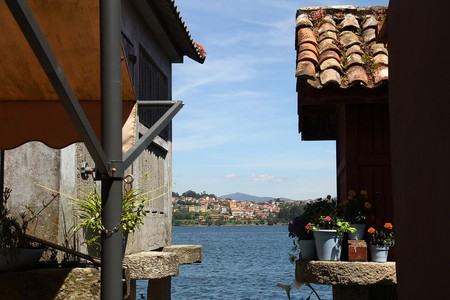 If you’re looking for the full mountain experience – snowy peaks dotted by stone cottages with smoking chimneys – the Vall d’Aran in the Pyrenees is the perfect destination. Located on the border with France, in the far west corner of the province of Catalonia, Vielha is ideal for a romantic getaway if you’re a fan of cozy nights in front of the open fire and walks along the snowy valley. 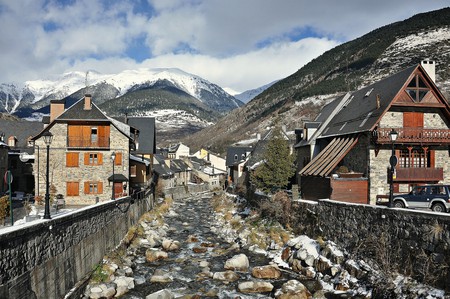 Explore the charm and authenticity of this wonderful Basque country town in the midst of winter and you’ll find that Hondarribia has plenty to offer those who are willing to brave the cool weather. Located on the border with France in the bay of Hendaye, Hondarribia boasts a delightful Old Town with colourful wood-framed houses and even the remnants of a Medieval fortress. After a stroll along the harbour, replenish with some traditional Basque pintxos in the Marina neighbourhood. 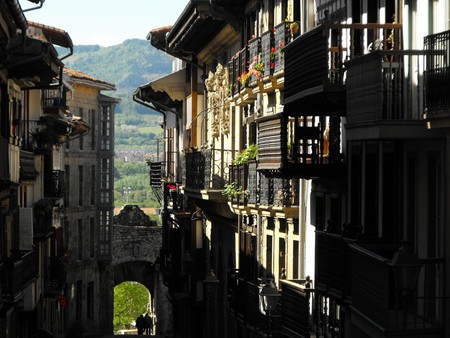 Looking to escape the winter blues with a little sun and Mediterranean scenery? The Balearic Islands are postcard-perfect anytime of the year thanks to their turquoise waters, gorgeous palm trees and white-washed houses dotted along peaceful fishing villages. Located slightly inland, the picturesque village of Deià is renowned for its artistic and literary scene as well as having become a favourite retreat of celebrities such as Richard Branson. 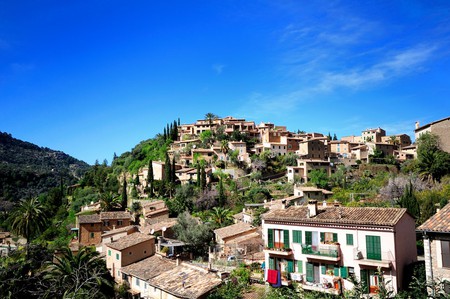 Deià looks lovely any time of the year | © Random_fotos

If you’re something of a snowbird looking to flee the cold and gloom, the small seaside village of Agua Amarga will make you forget all about the winter in no time. With line upon line of white houses, you’d be forgiven for thinking you’d landed in Casablanca – in fact the area has starred in its own fair share of spaghetti Westerns and old movies. Get comfortable on a sun lounger with a blanket to hand if needed, lose yourself in your favourite book and you might even trick yourself into thinking it was summertime. 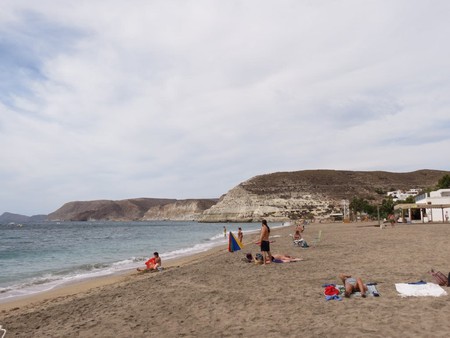 Located a mere 40 kilometres away from Madrid, Chinchón is famous for two things: the stunning main square and its fiery local liqueur, the Anis de Chinchón. The winter is a particularly charming time to visit as the square is decked out in bells and holly to bring seasonal cheer to this village, which was voted as one of the most beautiful villages in Spain. Chinchón is also known for its cuisine, rich in wine, garlic and oil making it all rather hearty and warming, while a glass or two of the Anis de Chinchón will provide a nice digestive aid. 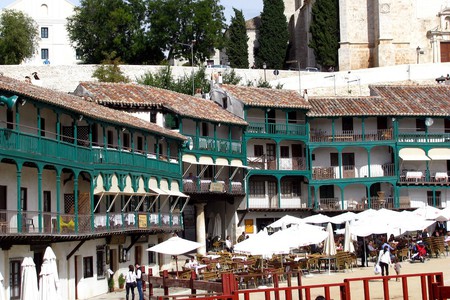 This tiny village situated in Castilla La Mancha appears to be made of one seamless blanket of bricks which unites every house and monument within it. Located on the green slopes of the Guadalajara province, it is surrounded by natural beauty which can be explored by foot or bike – except for when the snow covers the tracks. The picturesque town centre harbours a charming square where it’s not unusual to see children playing old-fashioned games as if frozen in time. 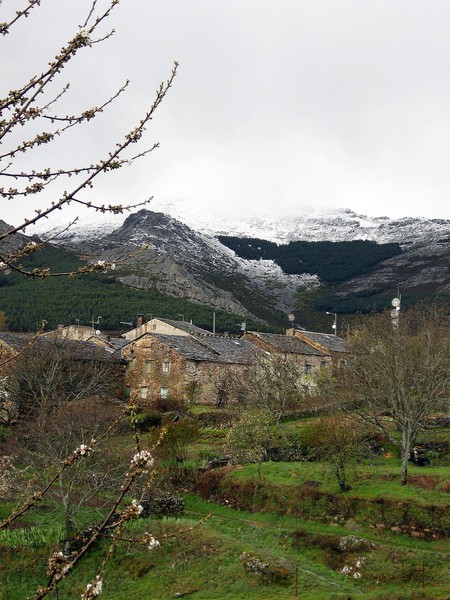 In stark contrast to the mountain villages of the north, Frigiliana near Málaga is the essence of the Costa del Sol‘s famous charm with its white-walled houses and orange trees. The influence of the Arab presence during the Middle-Ages can be felt through the prevalence of Mudéjar architecture with its stunning arabesques and horse-shoe archways. Find out more about this unique architectural style at the local Museum of Architecture before catching some of the winter sun on a terrace overlooking the sea in the distance. 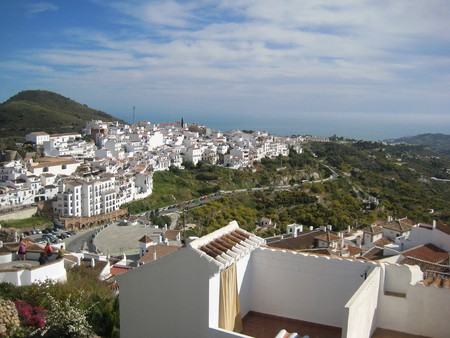 One of the most well-preserved Medieval villages in Spain, wandering through the cobbled streets of Besalú is like something out of a fairy-tale. Located near Girona in Catalonia, the village boasts an impressive Romanesque bridge guarding the entrance to the Old Town with its many artisan stores and traditional restaurants. There are scenic walks to be enjoyed in the nearby countryside with spectacular views of the La Garrotxa volcanic area. After a day of sight-seeing settle down for a hearty meal of local cuisine featuring game, wild mushrooms and beans as well as local wines to match. 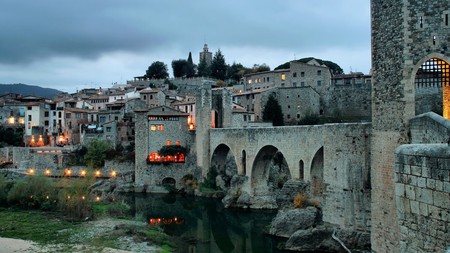 Besalú | © Jorge Franganillo/Flickr
Give us feedback