The Most Beautiful Towns and Villages to Visit in Cantabria 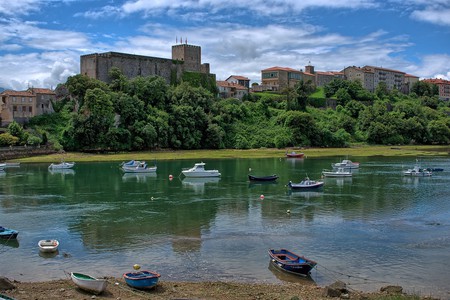 Cantabria is one of the smallest Spanish regions. It sits at the top of the country in between Asturias and the Basque Country and is filled with natural beauty – mountainous peaks, rugged coastlines and gushing rivers. Here are the most beautiful towns and villages to visit in Cantabria.

Santillana del Mar has often been referred to as one of the most beautiful villages in the whole of Spain, let alone just Cantabria. Sitting on the coast and surrounded by verdant green mountains, it offers the best of both worlds. Think perfect medieval stone and timber houses, caramel-coloured architecture and steep, cobbled streets. It was built around the collegiate church of Santa María and is also dotted with old defence towers and Renaissance palaces. 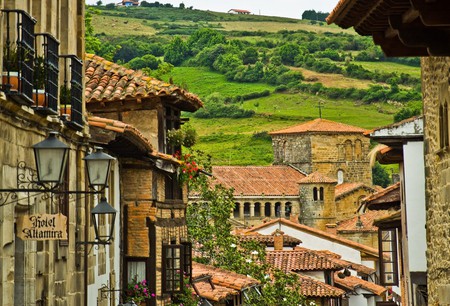 The town of Comillas sits in a spectacular location, right on the edge of a long crescent beach and on a peninsula sticking out into the sea. It’s filled with historic architecture, charming cobbled streets and Modernista-style buildings. Standing on a hill above it all is the magnificent Comillas Pontifical University. It’s also home to one of Gaudí’s colourful constructions, the quirky El Capricho. 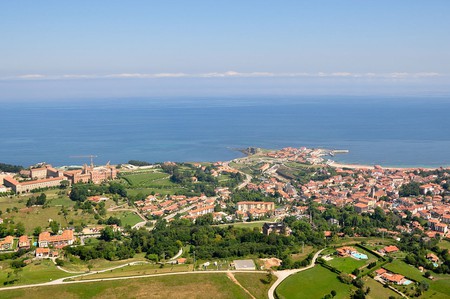 Castro Urdiales is a quaint coastal town and Roman in origin. Its picturesque old town is dotted with incredible architectural feats, including the church of Santa María, one of the best pieces of Gothic architecture in Cantabria; the castle-lighthouse; the old medieval bridge; and the Hermitage of Santa Ana. 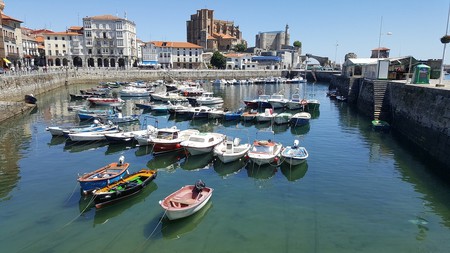 ‘Cute’ is probably the best word to describe Liérganes, whose streets are lined with classic pieces of architecture from the 17th and 18th centuries, all perfectly preserved and maintained. Sitting at the foot of two hills, it was declared to be of National Historic-Artistic Interest. The most interesting part is the old town, called El Mercadil, where you’ll find sights such as the Palace of Rañada, the church of San Sebastián and the houses of Setién and Cañones. 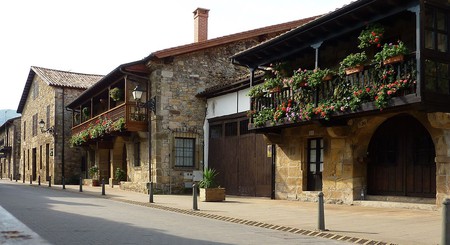 Santoña clings to the edge of the vast Berria Beach, hemmed in by the sea and two lush green hills on either side. Although the town is linked with the fish canning industry (particularly anchovies), it is not all industrial – it also has impressive and historic sights. Among these are the Romanesque church of Santa María del Puerto and the military fortresses of San Martín, San Carlos and Mazo. 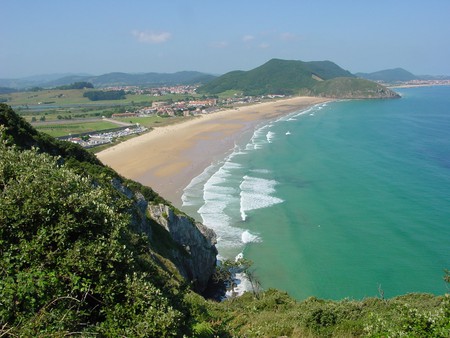 San Vicente de la Barquera sits at the mouth of a wide river estuary within the Parque Natural de Oyambre, and framed by the peaks of the Picos de Europa. It’s an old fishermen’s village, which was declared to be of Cultural Interest because of its array of historical monuments. These include the church of Santa María de los Ángeles, the Castillo del Rey (King’s Castle) and La Maza bridge, with its 28 arches. There are also some amazing beaches to enjoy nearby.

Potes is a picturesque village in the interior of Cantabria, surrounded by mountains and streams. The town has a graceful old quarter with many stone bridges and monuments. One of the most important of these monuments is the Torre del Infantado, built in the 15th century. The village also has a historic weekly market and is a great base for doing adventure sports in the mountains nearby. 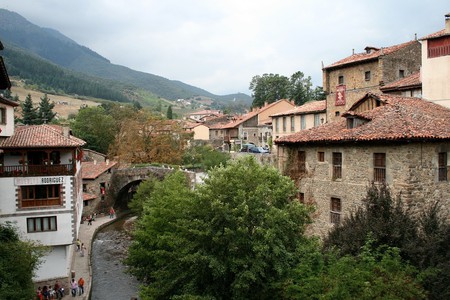