The Most Beautiful Towns and Cities to Visit in Southern Spain 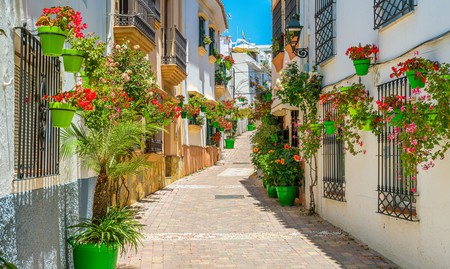 The beautiful Estepona – a quaint, flowery town in the province of Malaga | © Stefano Valeri / Alamy

Southern Spain is home to an unfair share of beautiful towns and cities. Below, we’ve picked a handful of unforgettable destinations that should be on every traveller’s bucket list, from the enchanting capital of Seville to undiscovered gems such as Estepona and Cádiz.

Seville is likely to be one of the most romantic and attractive cities you’ll ever experience. Named by Lonely Planet as the best city to visit in 2018, the Andalusian capital is made up of some of the most enchanting neighbourhoods in Spain, such as the old Jewish quarter of Santa Cruz and the former gypsy barrio of Triana. Historic monuments include the largest Gothic cathedral in the world, an elegant bullring and a Moorish palace that starred in “Game of Thrones”. 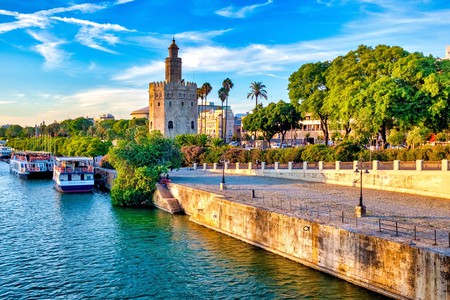 Described by the poet and Hispanophile Laurie Lee as “probably the most beautiful and haunting of all Spanish cities”, Granada spills out from in between the lush Darro valley at the bottom of the Sierra Nevada mountains. Even when compared to the other destinations mentioned here, its charms are unforgettable: walk down the Carrera del Darro or through the old Arabic quarter of Albaicin and you’ll see and feel why. Its star monument is the mighty Alhambra fortress. 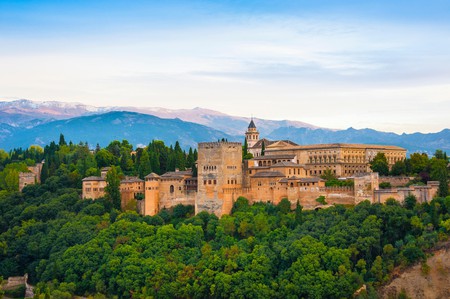 Perched either side of a 100-metre deep gorge in between two humbling natural parks, Ronda is Andalusia’s most spectacularly located town. Linking up its two halves is Puente Nuevo, a stunning bridge completed in 1793 after 40 years of perilous construction. Ronda also has a strong claim to be the birthplace of the Spanish bullfight and is home to some of the best-preserved Arabic baths in Spain. Not for nothing is it the third most-visited destination in Andalusia. 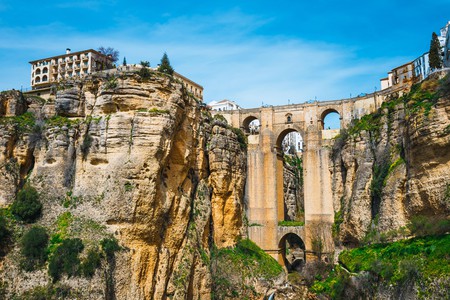 Jerez de la Frontera is one of the secret wonders of southern Spain, a city that combines the stateliness of the Andalusian capital with the scruffy charms of Cádiz. It is most famous for its sherry – this is the only place on the planet where the drink can be made – and its beautiful horses, which perform in the spectacular equine ballets staged by the Royal Andalusian School of Equestrian Art. And that’s not all: many aficionados say its gorgeous old town is the true home of flamenco. 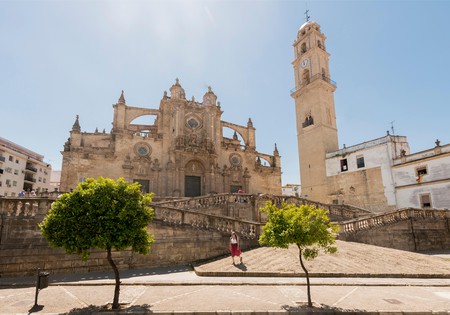 From Jerez, it’s just half an hour’s drive to another of Andalusia’s often-overlooked destinations. Packed onto a rectangular outcrop of land looking out to the Atlantic, Cádiz has a bohemian, scruffy charm all of its own. Its locals are known throughout Spain for their acerbic, witty sense of humour: to see why, visit during February, when the city holds its famous carnival. Groups of entertainers called chirigotas roam the streets, performing satirical sketches as they go. 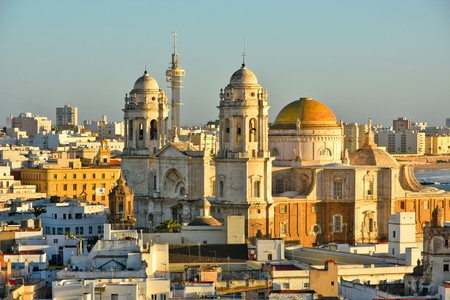 Cádiz has a bohemian, scruffy charm all of its own | © Gianniblues / Alamy

One of the hottest cities in Europe (summer temperatures exceed 40 degrees celcius), Córdoba is home to the stunning Mezquita-Catedral. A vast 10th century mosque with a 16th century Renaissance nave built right on top of it, no single structure speaks so eloquently of the two cultures that have shaped southern Spain. Córdoba is best visited in May, when the gorgeous old town comes alive with the Feria de los Patios (and when the temperatures aren’t too punishing). 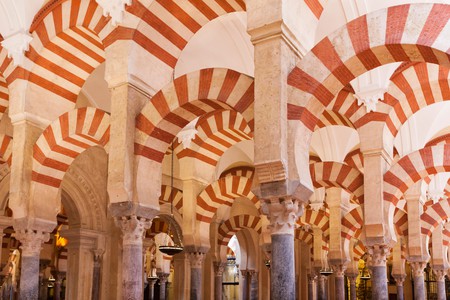 Although located on the Costa del Sol – a fabulous stretch of coast that has seen many Spanish villages overtaken by mass tourism – Estepona has lost none of its authentically Andalusian flavour. Its multi-coloured houses, prettily adorned with bright flowers, bring Córdoba to mind; and its spacious beach, Playa Rada, is often less crowded than those in nearby Nerja, a much more popular tourist destination. Plaza de las Flores is the old town’s most enchanting space. 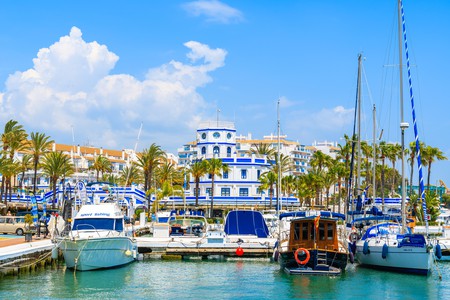 Over recent years, Picasso’s birthplace has worked hard to turn itself into one of southern Spain’s most culturally dynamic and cosmopolitan cities. It’s paid off: Málaga now boasts over 30 museums – the wonderful Museo Pablo Picasso foremost amongst them – classy restaurants and cocktail bars and a stunningly renovated port area that’s the envy of other Mediterranean cities. This is all in addition to the hedonist’s paradise that is the old town and an August feria that’s basically a week-long street party. 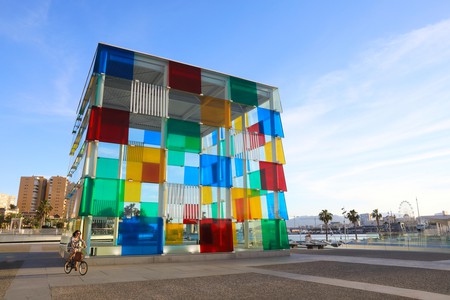 The Centre Pompidou in Malaga | © Monica Wells / Alamy
Give us feedback