The Most Beautiful Palaces in Granada 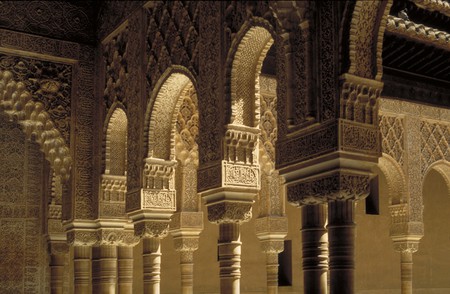 Many of southern Spain’s greatest historical palaces can be found in Granada. These date from the city´s distinguished Moorish epoch, which lasted from the 8th to the 15th century; also from the period of Christian dominion ushered in by Ferdinand and Isabella in 1492. Here is a guide to the most beautiful of them all.

The governmental palaces of the Alhambra also housed the official residence of the Nasrid kings, the last Arabic rulers of Granada, whose reign ended in 1492. The Nasrid palaces´ carefully-proportioned internal courtyards and delicate interiors, are in marked contrast to the forbidding austerity of the outer walls. The buildings you can see today – a visit for which a good couple of hours is recommended – date from the thirteenth and fourteenth centuries. They comprise the Mexuar, which contains one of the Alhambra´s most beautiful internal walls; the Comares palace, which was the official residence of the sultan; and the ´Lion´s Palace´ – the most famous and aesthetically pleasing of the Nasrid palaces. 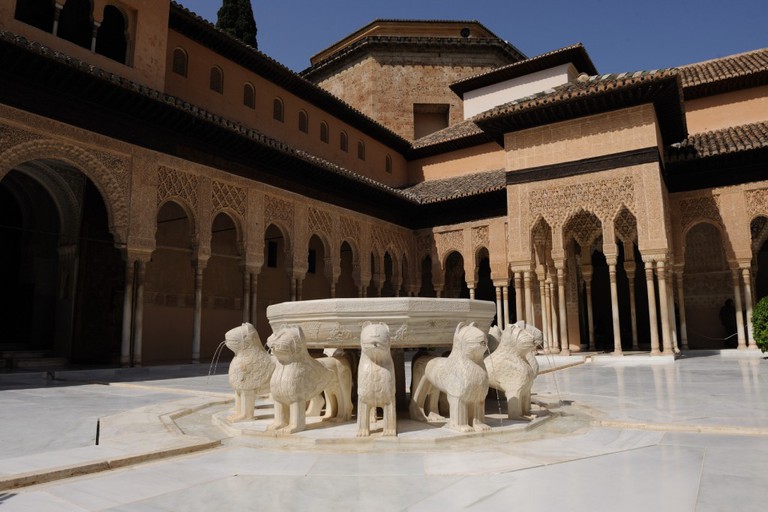 As viewed from the Paseo de los Tristes down by the river Darro, the whitewashed Generalife appears to be entirely separate from the main Alhambra complex, perched high above Granada almost a kilometre away from the Nasrid palaces. This separation was no accident, the Generalife was the Alhambra´s summer retreat, a haven where the sultans went to rest from the business of government (which was conducted in the Nasrid palaces). As befits a space designed for recreational activities during the furnace of a Granada summer, the Generalife is a light, airy place, comprised mostly of tranquil external spaces with ponds and colourful flower beds. The sturdy white walls that separated the vegetable gardens remain, as do three of the principal entrances, one of which is via exquisitely-maintained gardens that link the Generalife to the Alhambra. 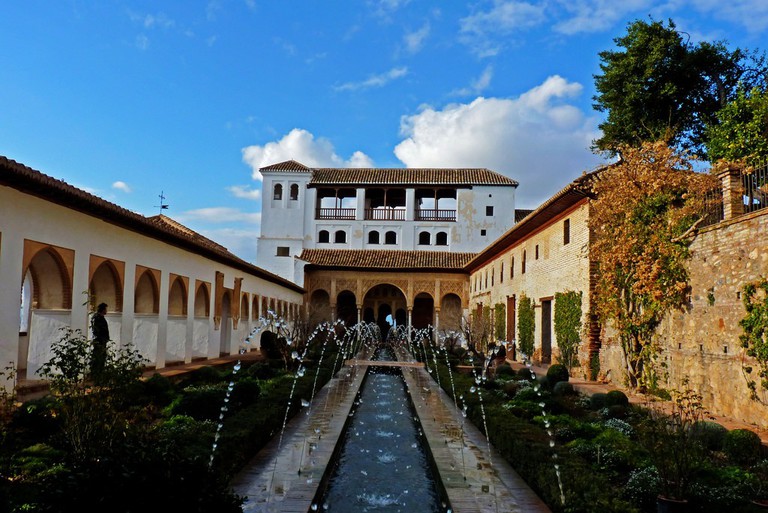 The Generalife, or summer palace, in the Alhambra; Miltos Gikas, flickr

Meaning ´Home of the Honest´, this elegant and understated palace at the top of Granada´s old Arabic quarter was the residence of the sultana Aixa, mother of Muhammad XII (known as Boabdil in Spanish), the last Moorish King of Granada. When Granada was taken by the Christians in 1492, Boabdil fled with his mother to the untamed countryside south of Sierra Nevada known as the Alpujarra – but up until that time Aixa had one of the most beautiful royal homes in the Islamic kingdom.

In traditional Moorish style, its quarters and rooms are located on three levels around a central courtyard and pool, which provided shade and cool in the summer. Delicate interior design – both on the walls and wooden ceilings – mimic the Alhambra, of which there are stunning views from the palace´s roof terrace. Also remaining are parts of what were once extensive gardens and orchards. Aixa is reputed to have bitterly rebuked her son for losing Granada as they fled the conquered city in 1492. Perhaps she didn’t just have the loss of the mighty Alhambra in mind as she did so.